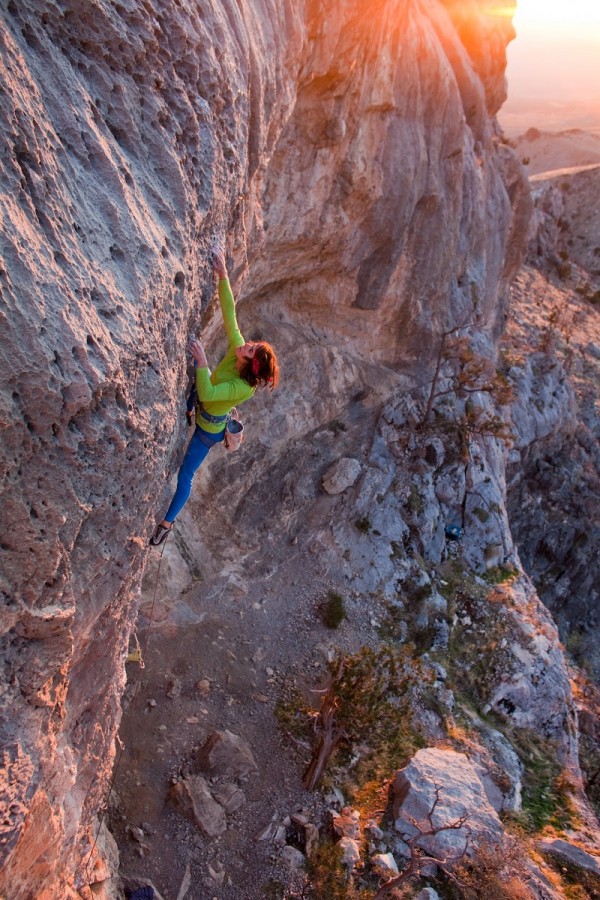 WE’RE SOMEWHERE OUT in the Arizona Strip, in a desert patch between I-15 and Hwy 91. The Virgin River cuts the landscape of limestone bluffs and desert sage a few miles away. I can see its contours in the fading evening sun.

There is another glow in the sky to the south of us. It’s the lights of Las Vegas, plastered against the night sky like an advertisement telling all within a 100 mile radius of its grandeur, competing for brightness with the stars.

The town of Mesquite, NV is less than 15 miles away and St. George, UT is about 30. Old, discarded plywood and cinder block houses rest against the horizon. Although there are all these signs of human habitation and alteration it feels like a no-man’s land.

Our van glows in the dark out here. We are passing through this land, looking for our people, trying to find our place. If this were still the wild west we would be in danger of being spotted, for fear of being robbed and raped by others who are equally out of place in this landscape.

Sometime in the 19th century Mormon settlers started to arrive, pushing the original people further out into the fringe of the strip. Those families who were lucky enough to survive the battles with the whites now inhabit the reservations which disappear into the expanse of the desert.

With the native people out of the way the land could then be used for personal gains. The land has been heavily impacted by its human use. In the early 20th century ranchers ran estimates of 100,000 cattle through the area to forage on the once large stretches of grassy meadows in the valleys and on the high Kaibab Plateau. In present day, an industry of intense and sporadic exploration for minerals, coal, natural gas, gold, and who knows what else have left areas ravaged and desecrated.

I turn my back to I-15, trying to picture the place before the roads, buildings, and people. I try and imagine it under the sea, as it once was.

The Virgin River, once wild and free, is now covered by this freeway and fed by the runoff from cookie cutter homes, casinos, Mormon Temples, and white bread factories. The desert tortoise is now fenced into areas of the range — for its own protection from vehicles speeding by. I keep my eyes peeled but in all the weeks out here I’ve not seen a single one. Horses, which used to run free, have been rounded up by the BLM and either killed or sold. Deer still roam the country in small herds and it’s been said that Big Horn sheep and mountain goats roam the high plateaus and rocky outcroppings, navigating the roads and fences. Only the birds seem to have the freedom their ancestors once knew of.

We fit well into this no-man’s land though. We’ve come here to be removed from the hustle and the freeway and the overpopulation and all the packaged compartments of modern day living. We’ve come here to climb rocks and be with the landscape and live as harmoniously as we can with the nature that surrounds the cities and roads. There are five of us here in three vans. We’ve established a van camp — our home base where we cook, eat, play scrabble, and stretch in the morning sun together.

Our lives are simple: we rise with the sun and go to sleep with the moon. We watch in amazement as the Arizona Toad (a friendly group of neighbors in the nearby spring) perform their centuries old dance. It is their mating season and each night they chirp their song and get it on. We feel about as close as we’re gonna get to a tribe, to a traditional way of living — to being primal and in tune with our surroundings.

Our time in this swath of land is a glimpse of how simple it once was and perhaps how simple it one day could be again. Before the freeways and stores and perhaps again after. In the meantime we still rely quite heavily on these commodities the towns have to offer, but when we venture into them we feel out of place. It is our retreat back into the Joshua Tree forests, clear running springs, limestone cliffs, and nights filled with the croaking frogs that hold us in comfort and ease. 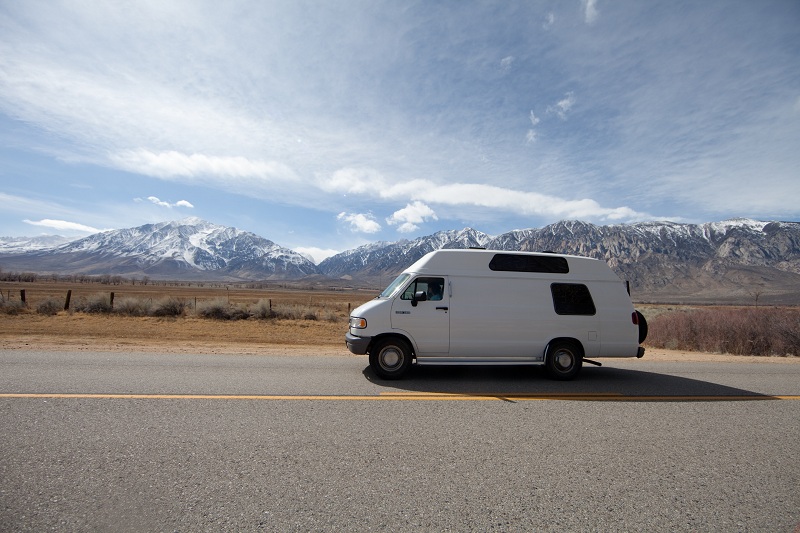 Heading out of Round Valley into the desert East. 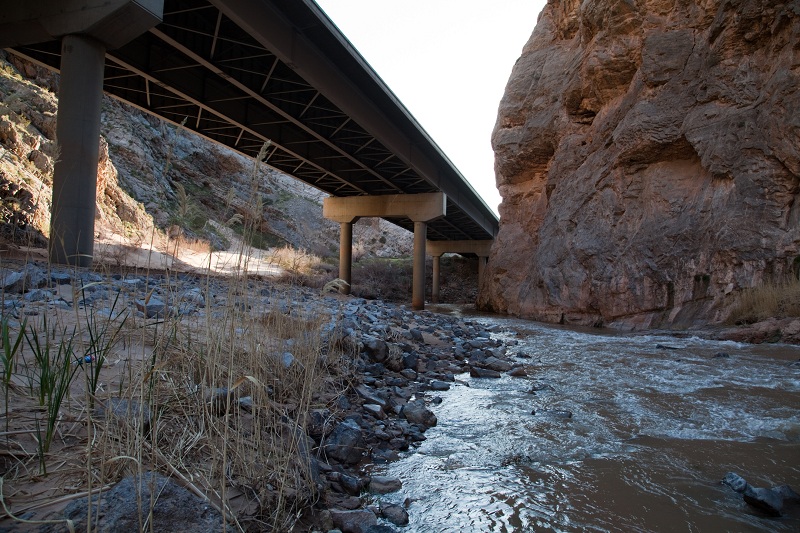 The Virgin River moving below I-15. 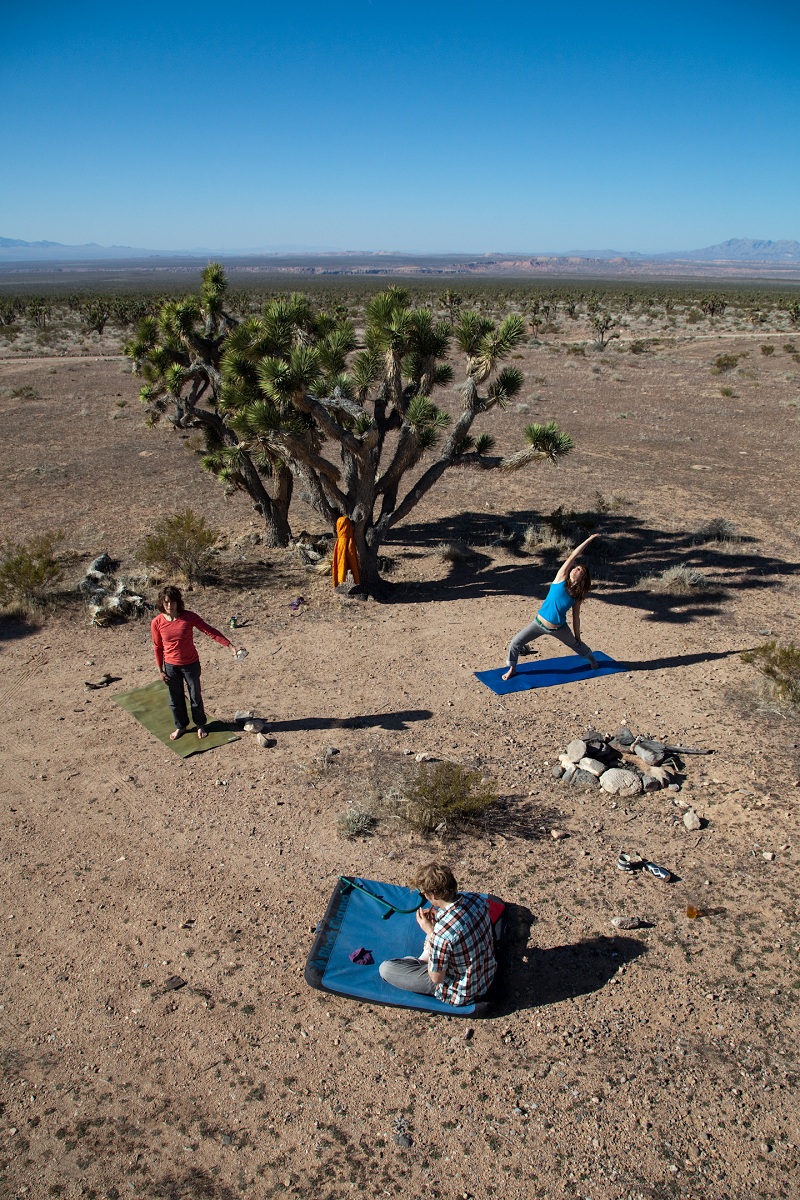 Campsite yoga in the Joshua Tree forest at Welcome Springs. 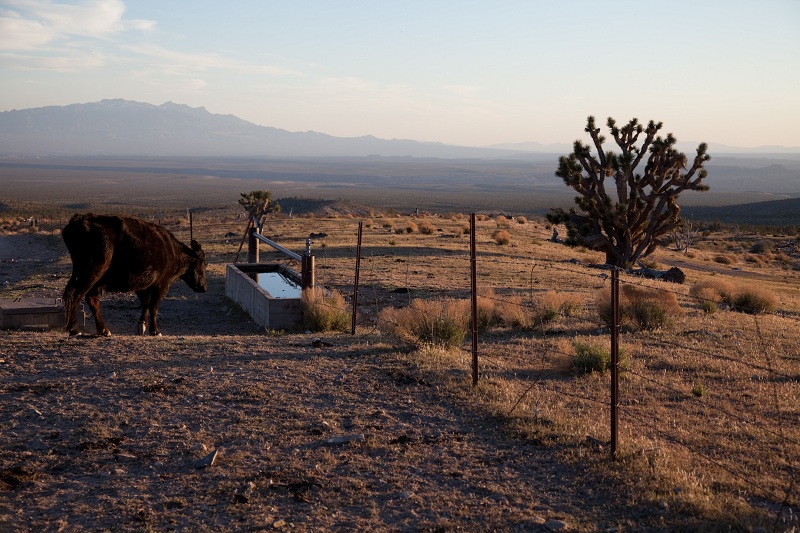 The watering hole - spring water is diverted into these troughs for the cattle by miles of skinny pipes snaking through the terrain. 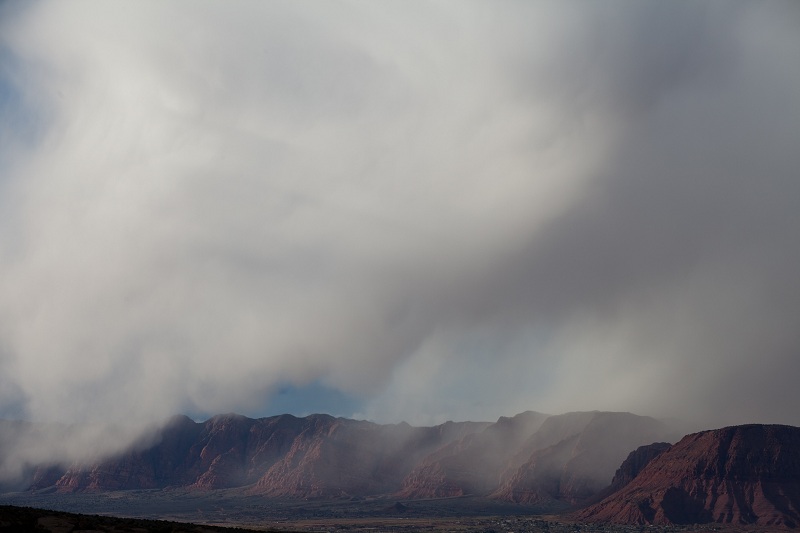 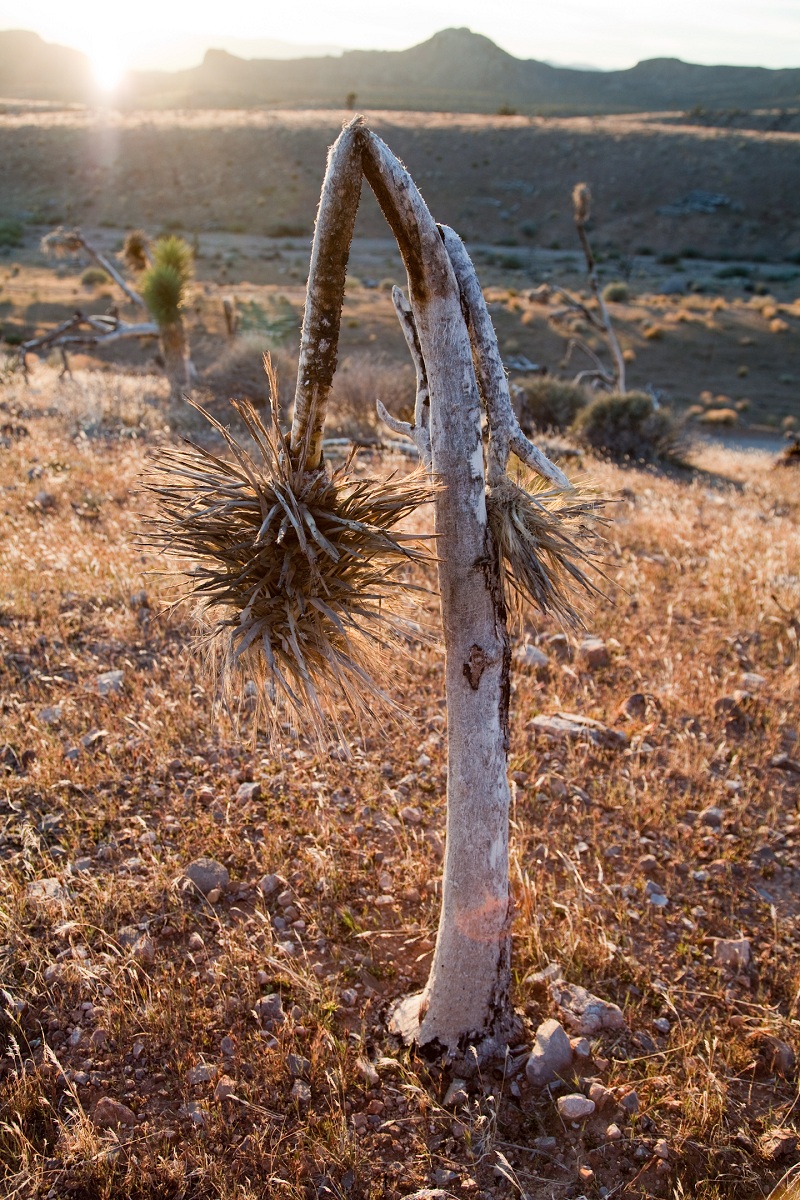 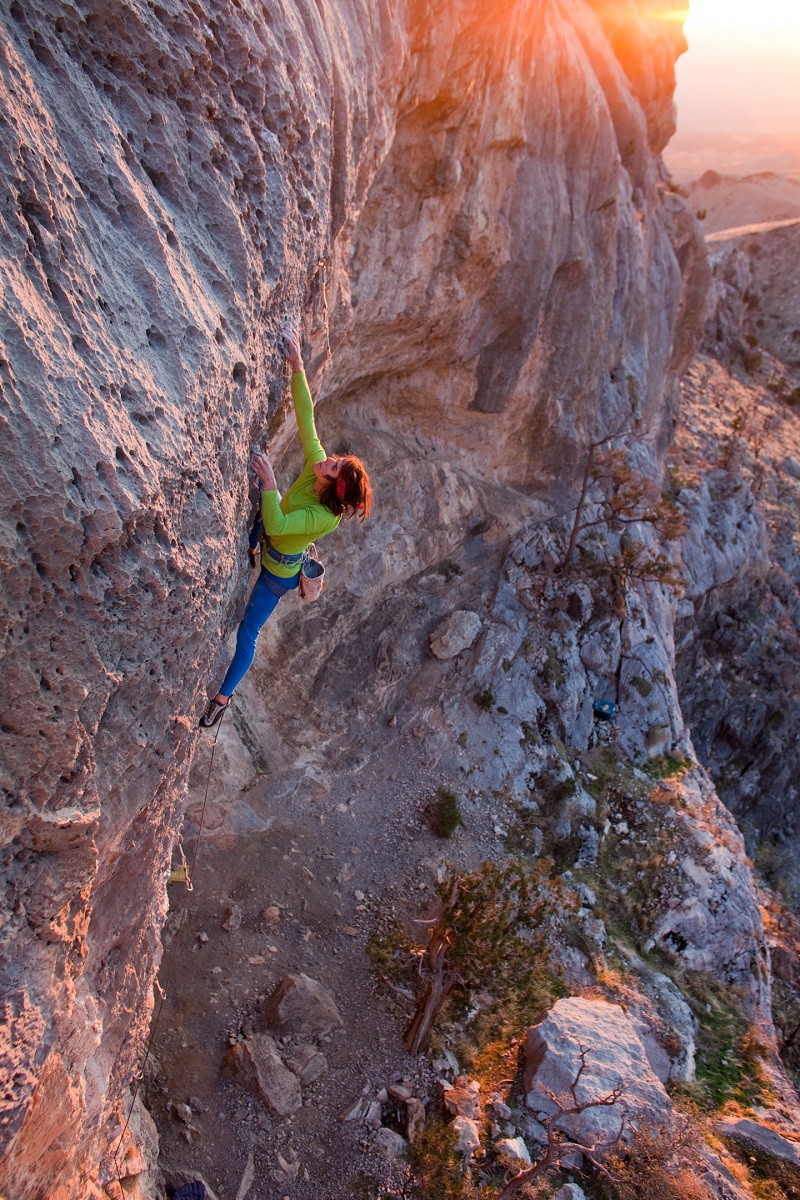 Katie on Resurrection in the evening. When we were here in the early winter neither this wall nor the Blasphemy wall at the VRG got any sunlight. As the earth continues its tilt and the sun moves higher in the sky the landscape acts as a natural sundial. This and all images by Ben Ditto. 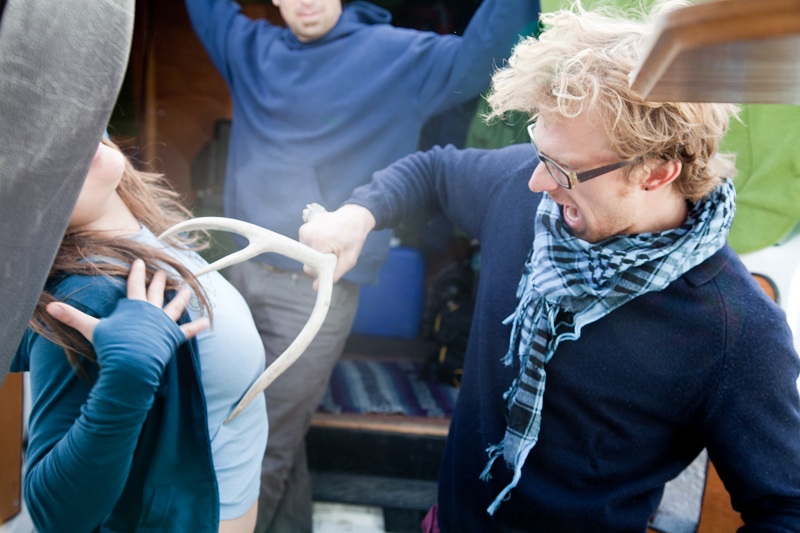 The Van tribe - A rutting stag. 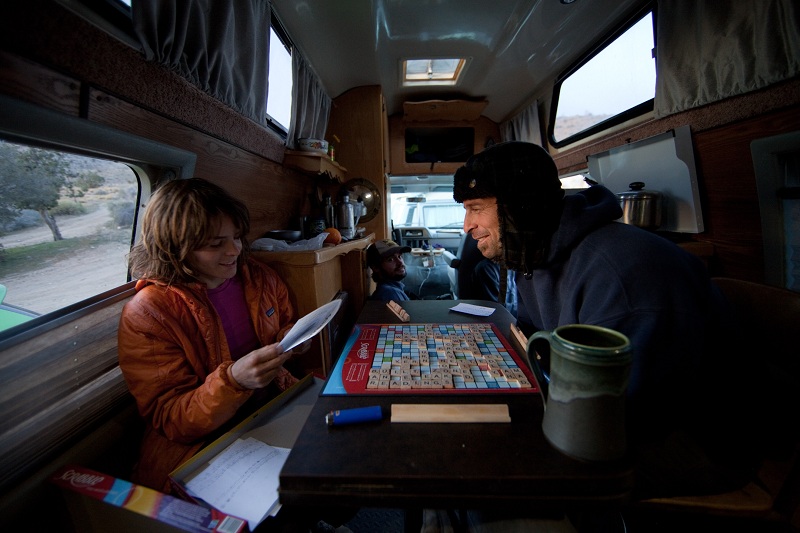 The night Ben won at Scrabble. 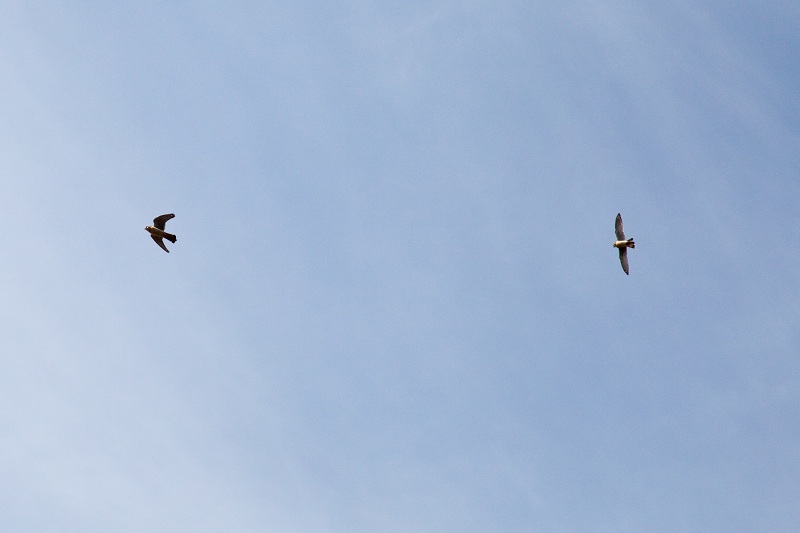 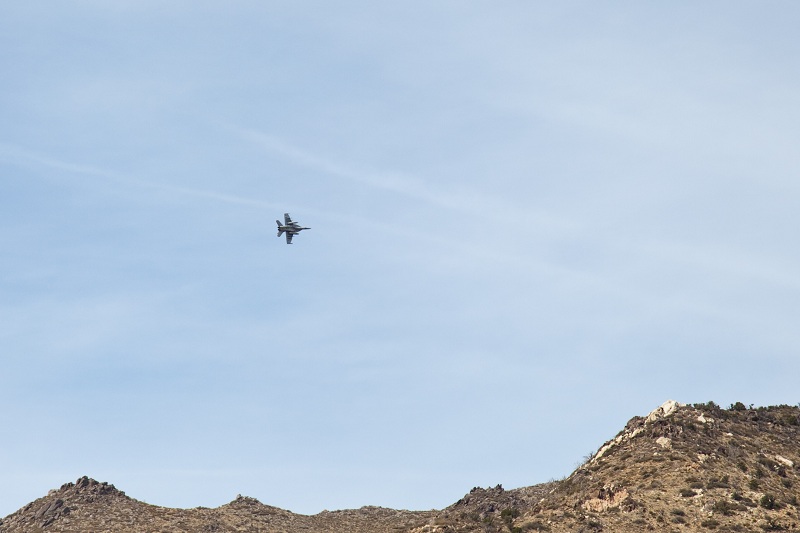 Signs from the test ranges west of us. The roar of these jets was horrifying and we could only imagine. 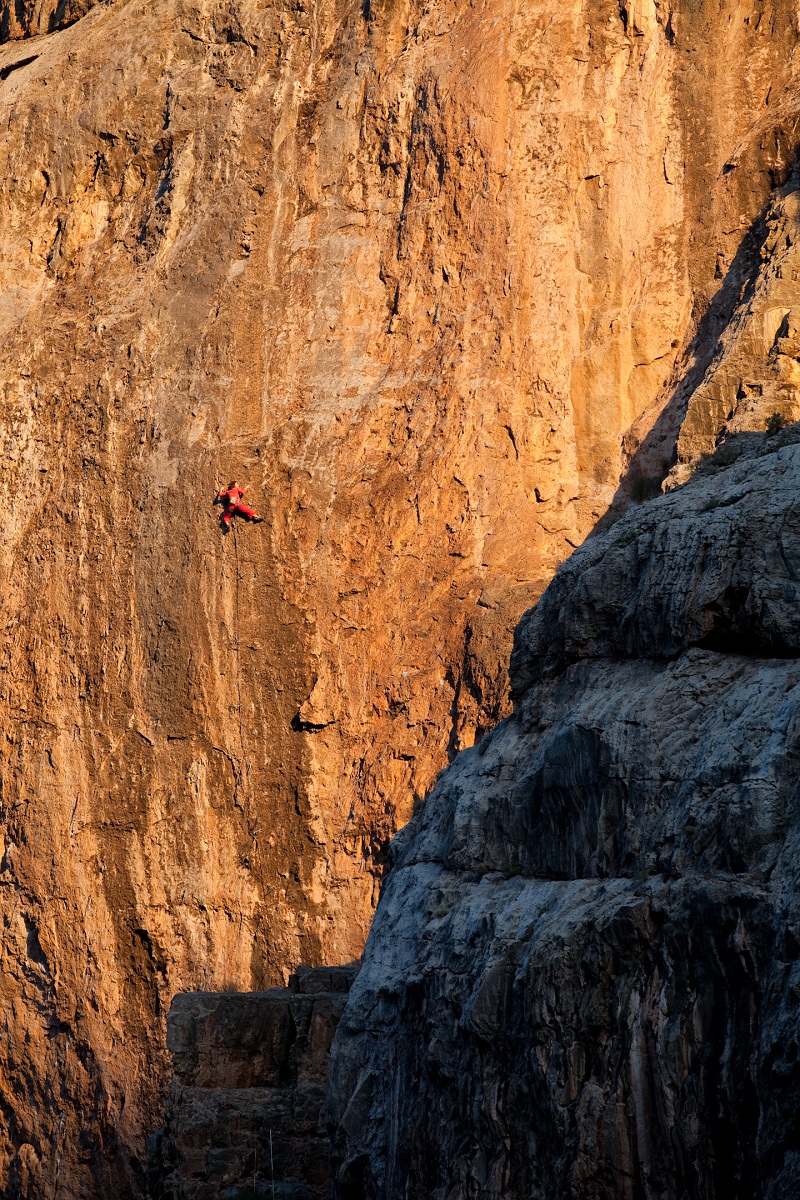 Don't Call me Coach in the evening sun - VRG. 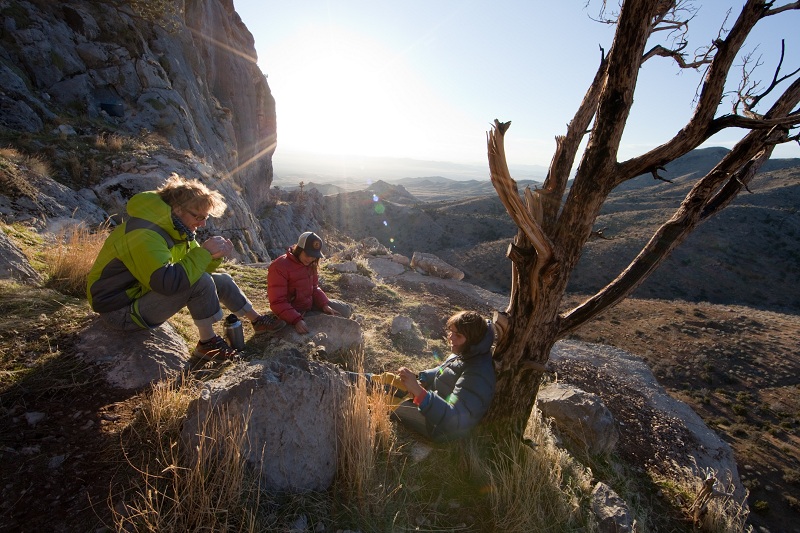 Kicking it in the sun in the Cathedral, Welcome Springs. 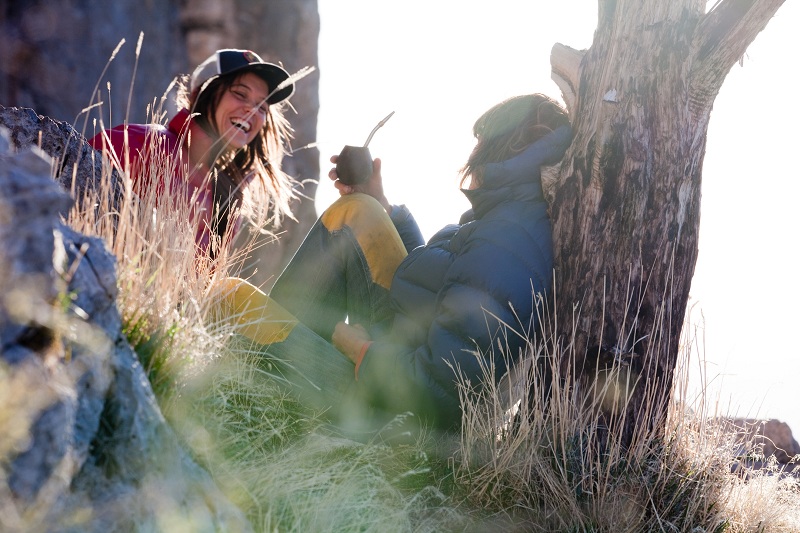 Good times aren't hard to come by when mate is in the mix. 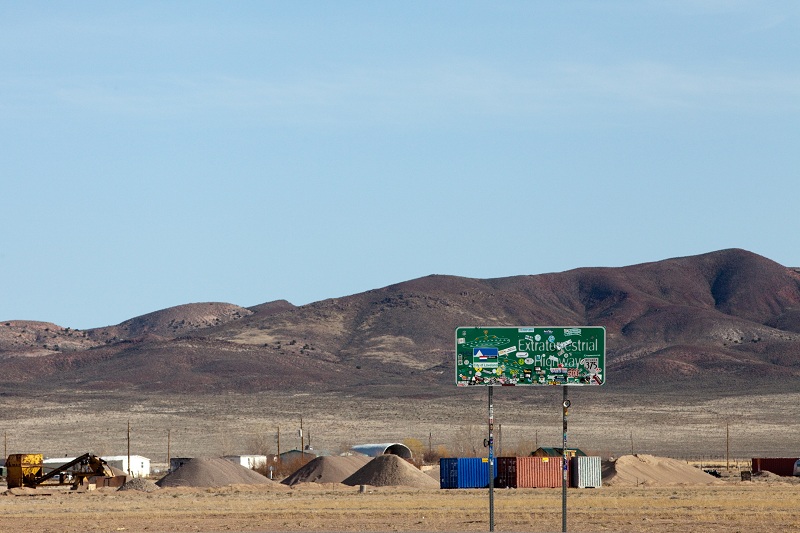 The Highway of Extraterestrial weirdness. 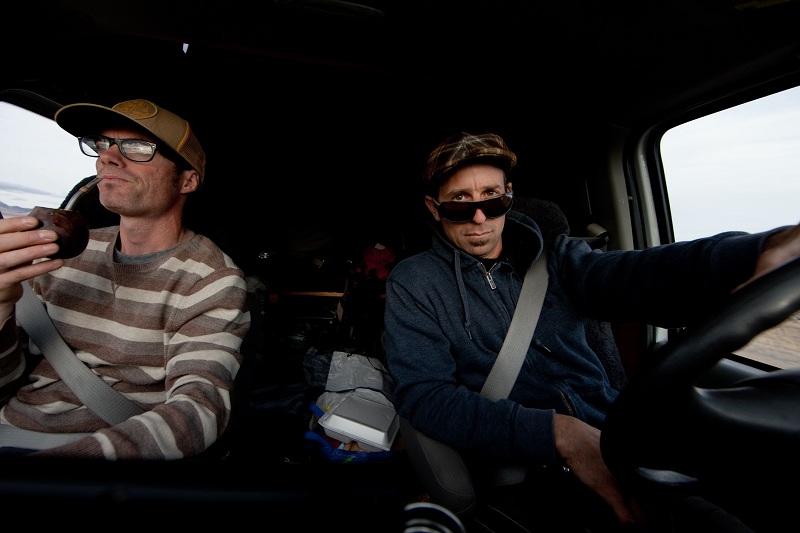 Ben and Eric driving home, drinking mate - the end of one thing leads us on to the start of the next. 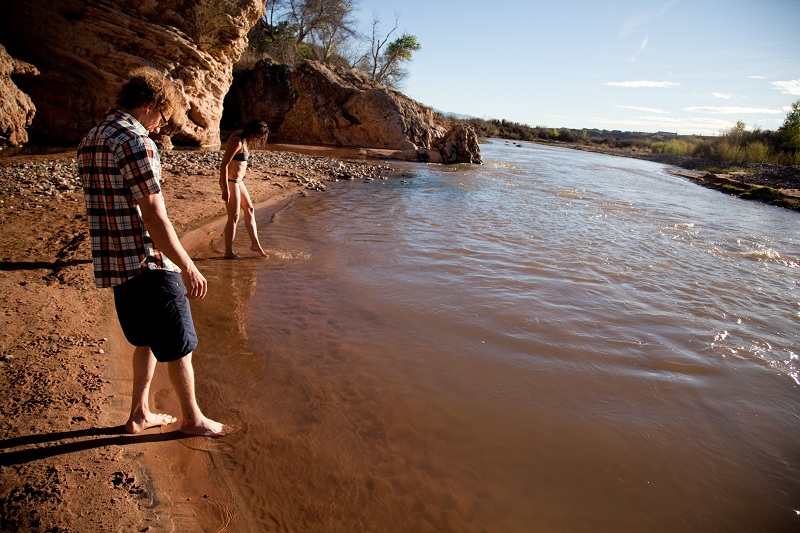 Toes deep in the Virgin River. 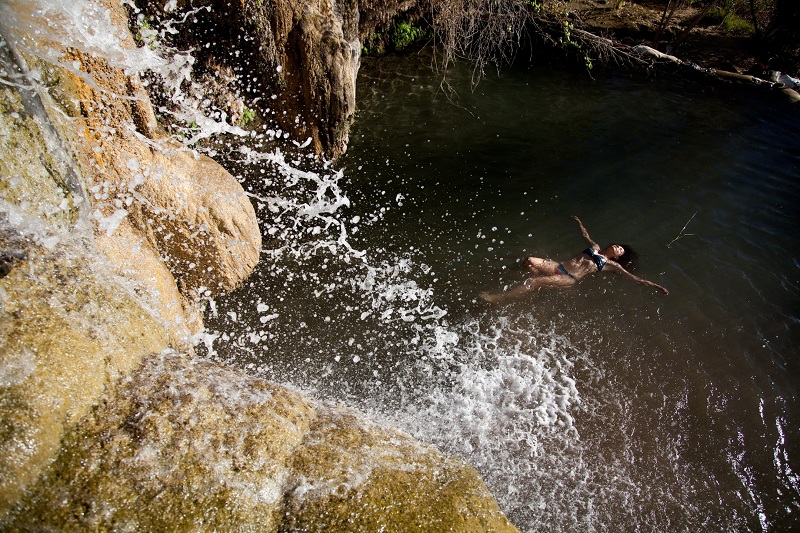 Going for a dip

Basking in all the Glory - a nice way to spend a rest day. 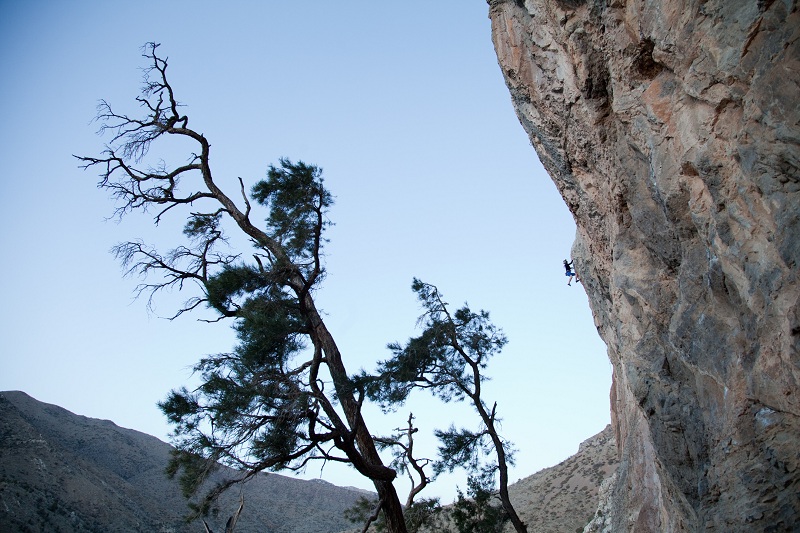 Nicky Dyal finds the flow on the Limestone sea at the Cathedral. 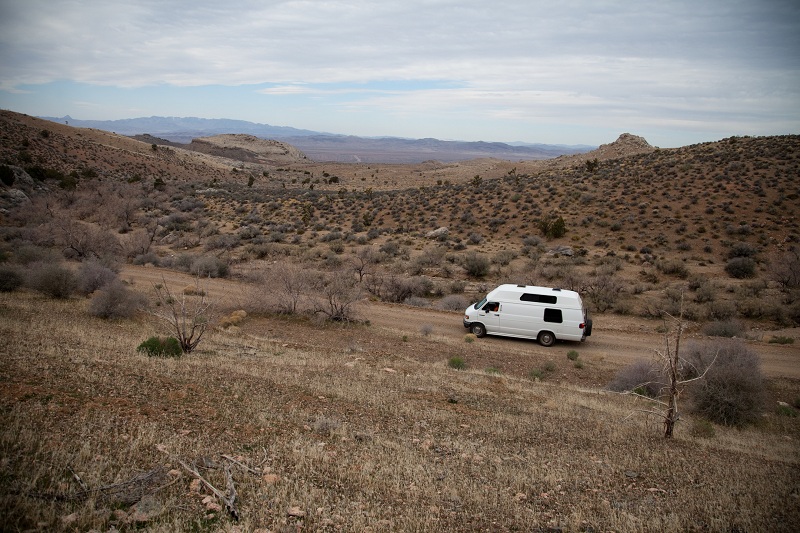 On the move again - heading into civilization for a resupply and probably some ice cream. 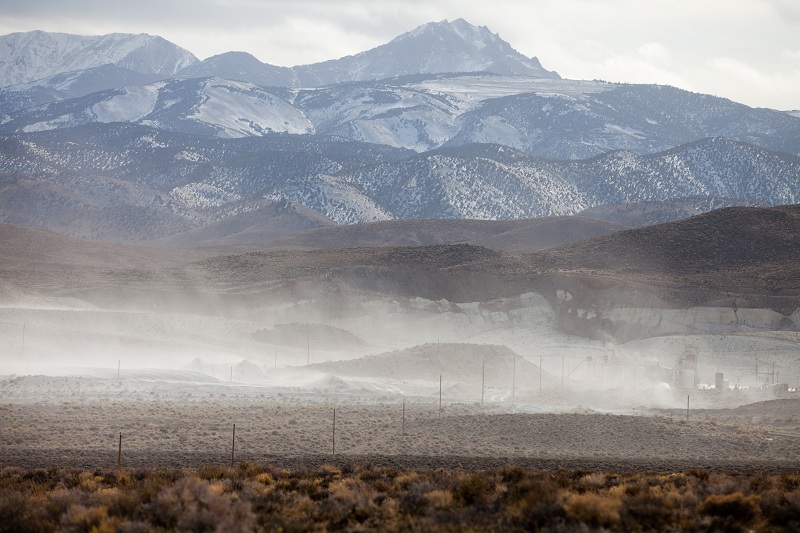 Disrupted dust of the altered landscape from the Grefco mine on Hwy 6 blows through the Nevada desert.