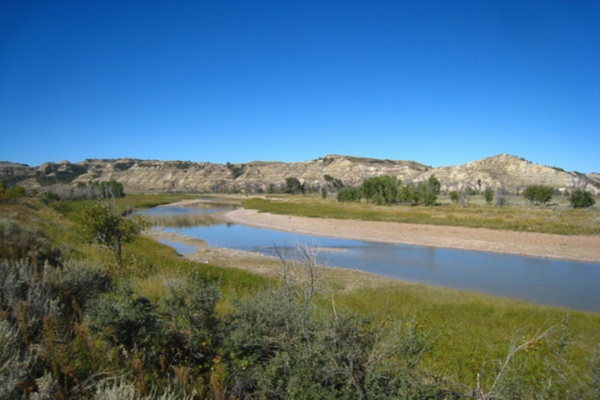 Thousands of miles of hiking trails cross National Park Service land. During National Park Week, you don’t have to pay to visit any of it.

NATIONAL PARK WEEK is April 17-April 25, 2010, and while many people will want to take in the parks from scenic overlooks and viewpoints, there will probably still be plenty of space left on the parks’ trails. You can find an array of hiking opportunities at these national parks:

The Great Smoky Mountains have more than 800 miles of hiking trails running through it, including 70 miles of the Appalachian Trail. Though Great Smoky Mountains is one of the most-visited national parks in the US, its trails offer plenty of opportunities to explore the back country and view wildlife, including black bears and elk. Trails wind through wooded areas, into valleys, and over mountaintops, many of which have great spots to look out over the park

Often overshadowed by South Dakota’s Badlands, Theodore Roosevelt National Park has more than 100 miles of trails. The park’s Great Plains wildlife, including bison, bighorn sheep, and prairie dogs, and its lack of crowds, make the park a great choice for people who want to get away from the traffic of national parks. 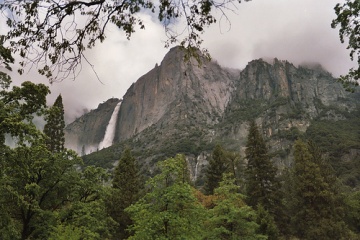 At 1,189 square miles, Yosemite National Park is roughly the size of Rhode Island. Within its borders are approximately 800 miles of hiking trails, including the strenuous trek up Half Dome, which usually takes 10 to 14 hours and requires a permit from the park service during weekdays.

Several other trails in the Yosemite Valley are pleasant day hikes, though Tuolumne Meadows in the northern section of the park is a more isolated trek. Those interested in a longer hike can check out portions of the John Muir Trail, which crosses through the park.

With more than 500 miles of hiking trails (101 of which are part of the Appalachian Trail), there’s plenty of hiking in Shenandoah National Park. Nearly 40 percent of the park’s land has been designated as wilderness area, and there are countless waterfalls scattered throughout the park. The 1.4-mile Dark Hollow Falls hike is one of the most popular in the park, while others, such as the one to Overall Run Falls, require more strenuous or longer hikes to reach.

Isle Royale is the largest island in Lake Superior. The park itself consists of this island and approximately 400 other smaller islands, and is not accessible by car. If you make the effort to get to the park, expect to be rewarded with few crowds and 165 miles of hiking trails. At 40 miles long, the Greenstone Ridge Trail is the park’s longest, and runs from one end of Isle Royale to the other. Most people take four or five days to complete the hike.

Feeling risky? Browse this list of some of the most dangerous hikes in the U.S.

Before you head outdoors, be sure you’re respecting sacred grounds
7 spectacular national parks to visit this fall
For the perfect day of hiking and Colombian coffee, head to Jardín
How climate change will alter chocolate as we know it
Northeast India is the country’s most adventure-packed region

How to summit a mountain that doesn’t have a trail

The Appalachian Trail is open, but not for thru-hikers

A Matador guide to the best college towns in America

14 mesmerizing star trails and portraits of the night sky

13 signs you were born and raised in North Dakota

9 craft beers you have to try in Fargo

The 10 biggest lies the guidebooks tell you about North Dakota

I needed to see for myself what’s going on at Standing Rock. Here’s what I found.