When: October
Where: Albuquerque 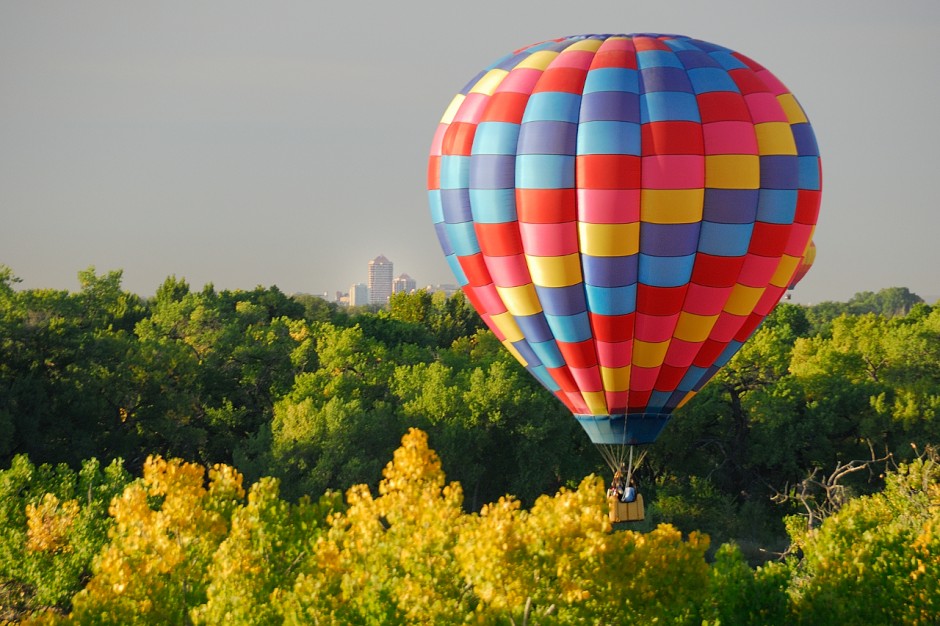 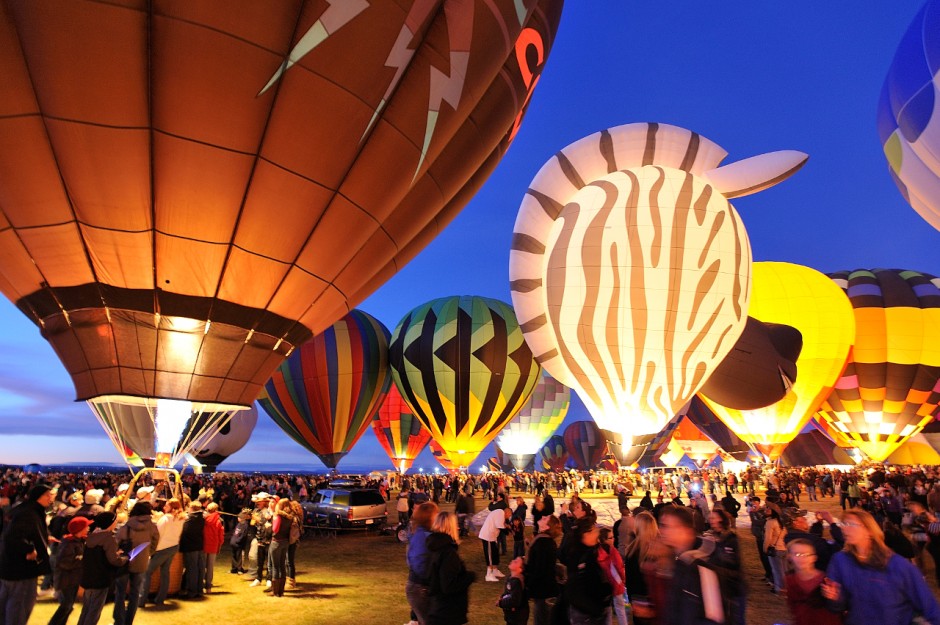 Plenty of superlatives are (justifiably) thrown around to describe the Albuquerque International Balloon Fiesta, but the most powerful is this: It’s the “most photographed event in the world.” Check out their Instagram to see why.

One of my most vivid childhood memories is of standing in a field on the outskirts of Albuquerque at dusk, breath misting into the October air, watching as the bright glow of hundreds of flames lifted flocks of colorful bubbles into the air. Yes, it’s the “largest ballooning event on Earth.” Yes, it’s the “largest annual international event held in the United States.” But all that aside, all you really need to know is: It is one hell of a beautiful sight, and one you won’t soon forget.

When: August
Where: Hatch 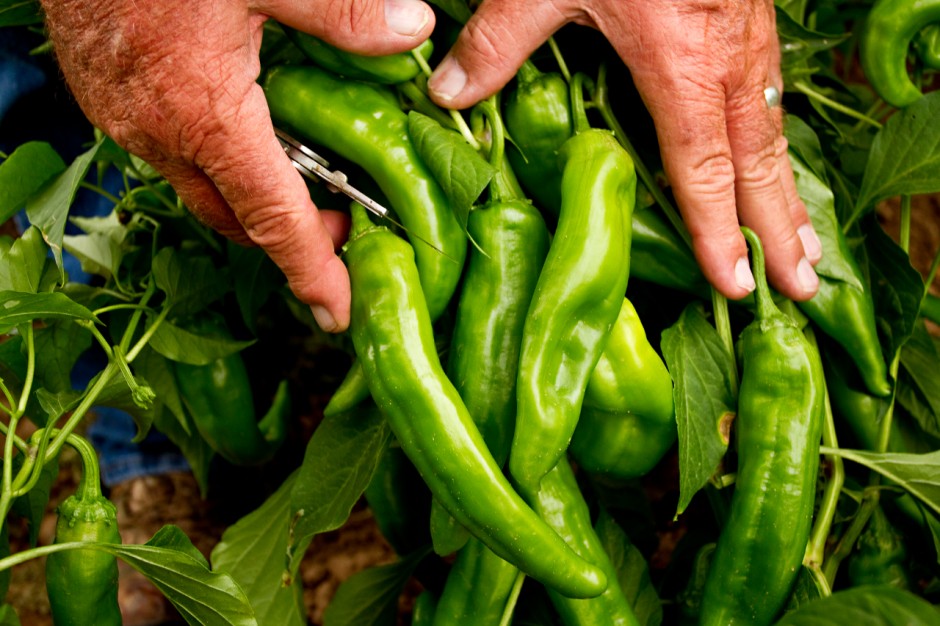 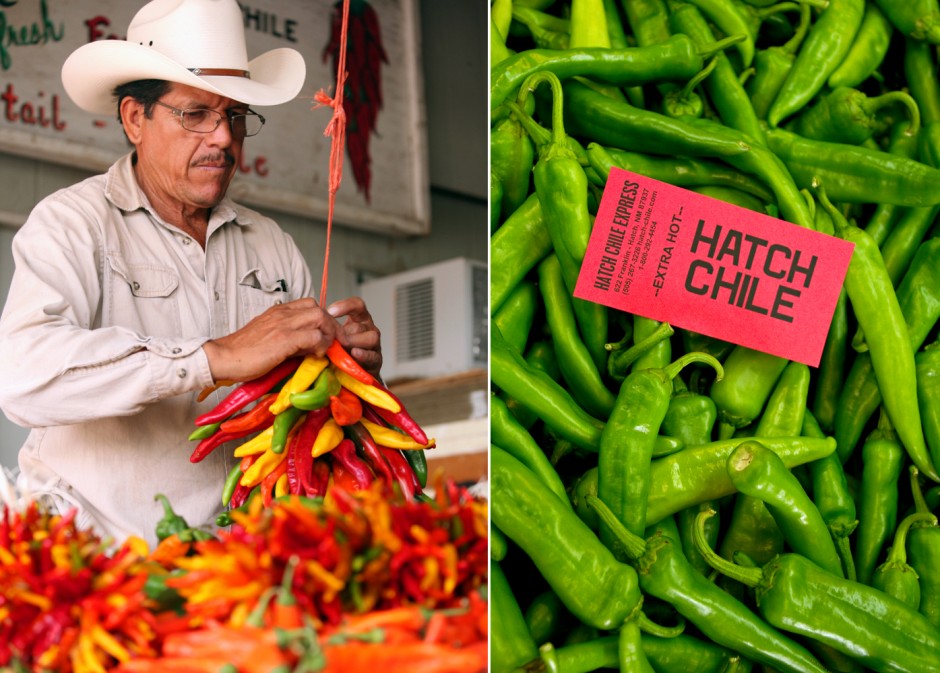 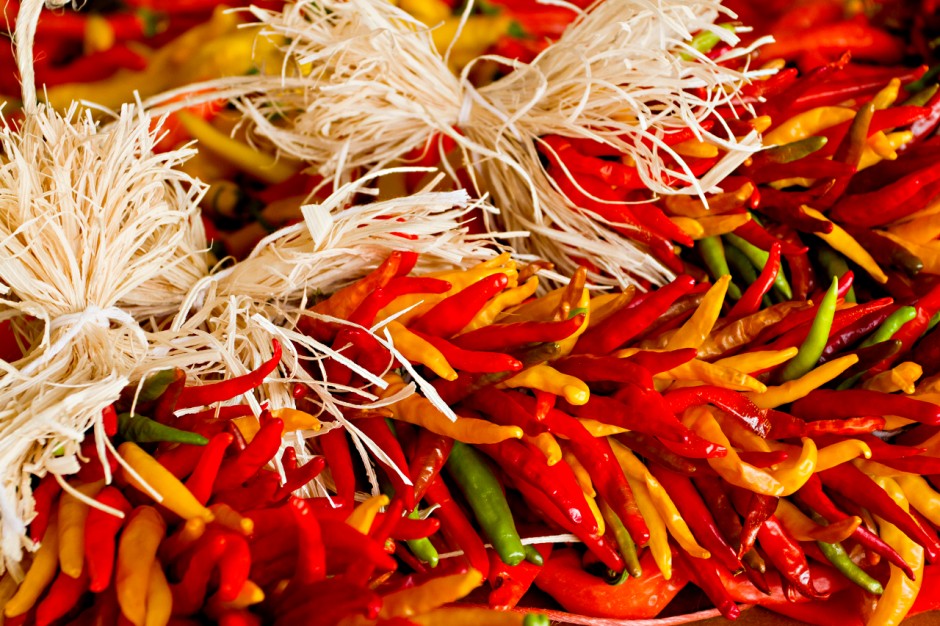 There’s one thing the small town of Hatch, NM, located in a fertile agricultural valley of the Rio Grande, is known for. And if you really want to learn what it’s all about, plan a visit during their annual Hatch Chile Festival in late summer.

The terroir of the region contributes to the Hatch chile’s unique flavor profile, and the crop is shipped all over the world every harvest season, including to many US grocery stores. At the festival, you’ll get to sample classic dishes that feature the chile as an ingredient, and of course grab a plate of rotisserie-roasted peppers to eat on their own.

When: Summer
Where: Santa Fe 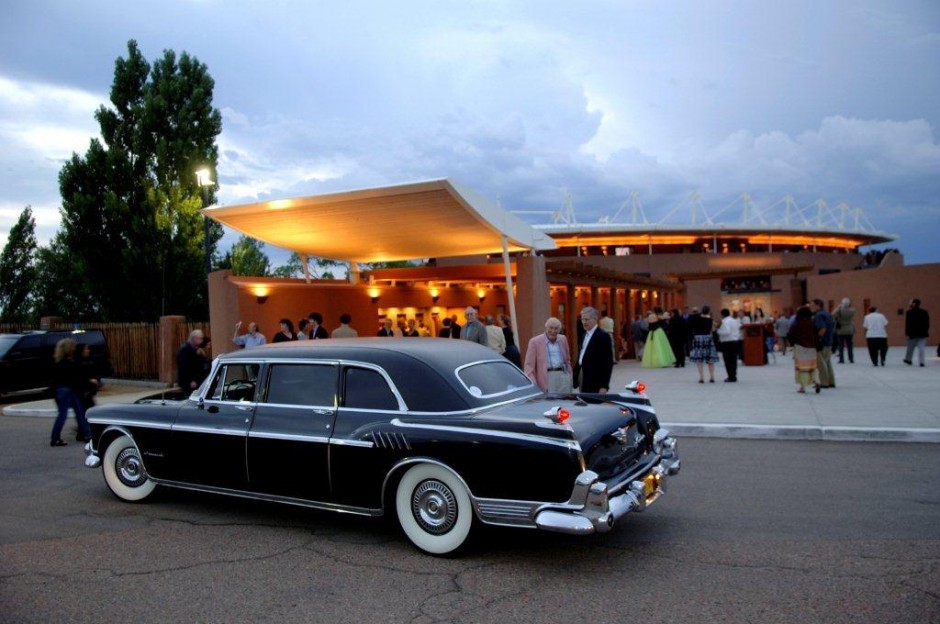 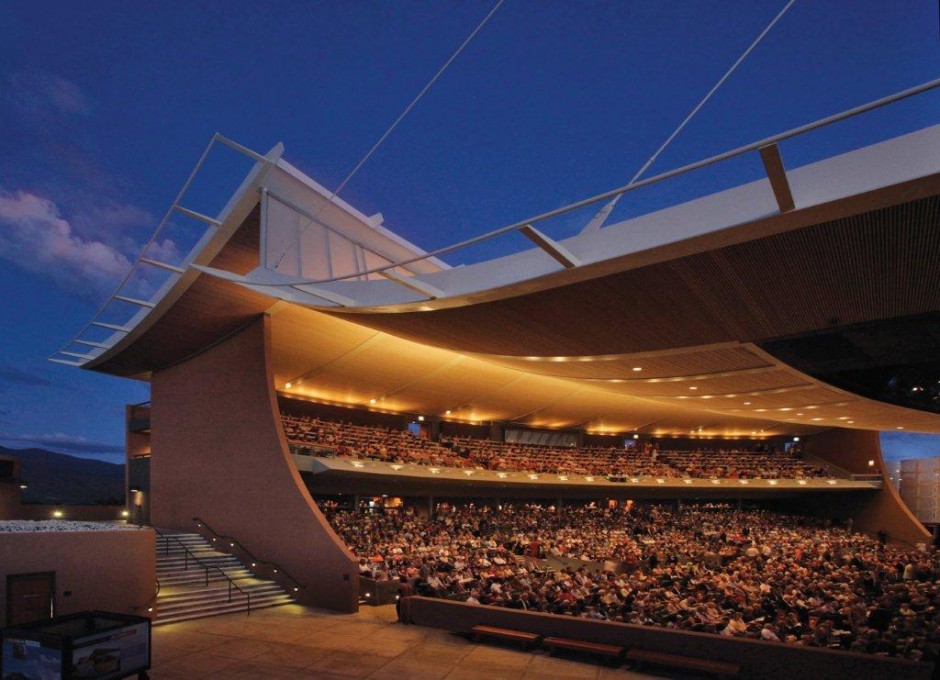 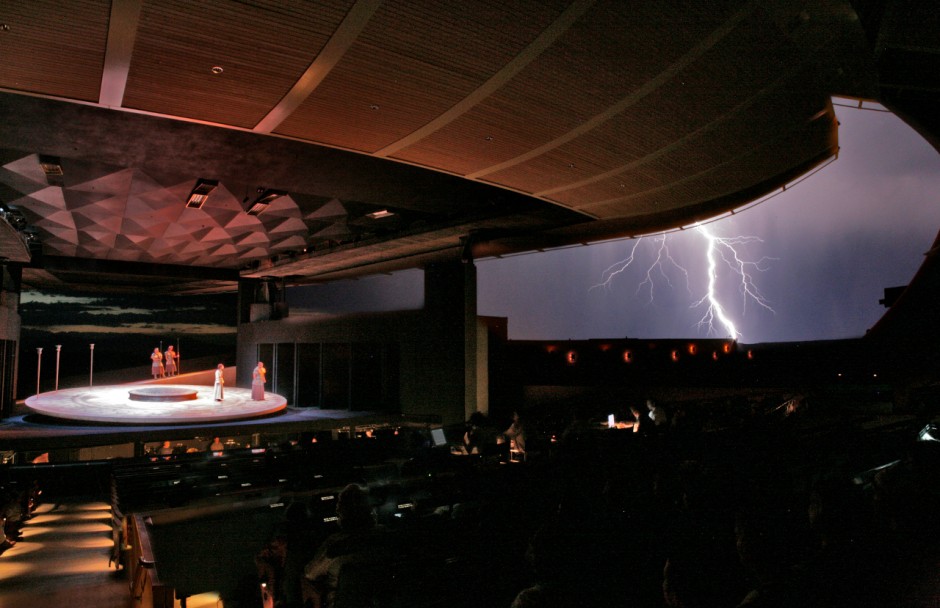 It’s impossible to miss the Santa Fe Opera’s Crosby Theatre as you’re driving into town from the north; its astronomical architecture peeks over the top of a mesa just west of Highway 285. The structure is open air, giving the audience phenomenal sunset views out over the characteristically spare New Mexican terrain.

The opera season runs from June or July through August — 2015 will see five productions from July 3 to August 29. Performances are often preceded by talks in the adjacent orchestra hall, and tours of the theater and property are offered in the summer as well.

When: July
Where: Roswell 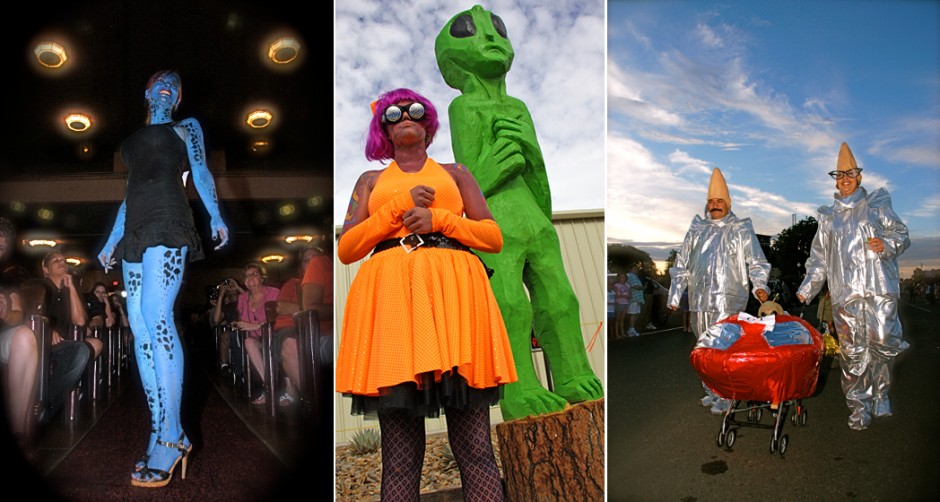 Roswell bombards visitors with little green men at all times of year, making the most of that infamous story of the UFO that allegedly crashed near the city in 1947. But the extraterrestrial extravaganza rises to a fever pitch during the Roswell UFO Festival in July. Stop by for costume contests, an art-car parade, a 5k/10k run, and a whole bunch of other activities that would be excellent to take the kids to. 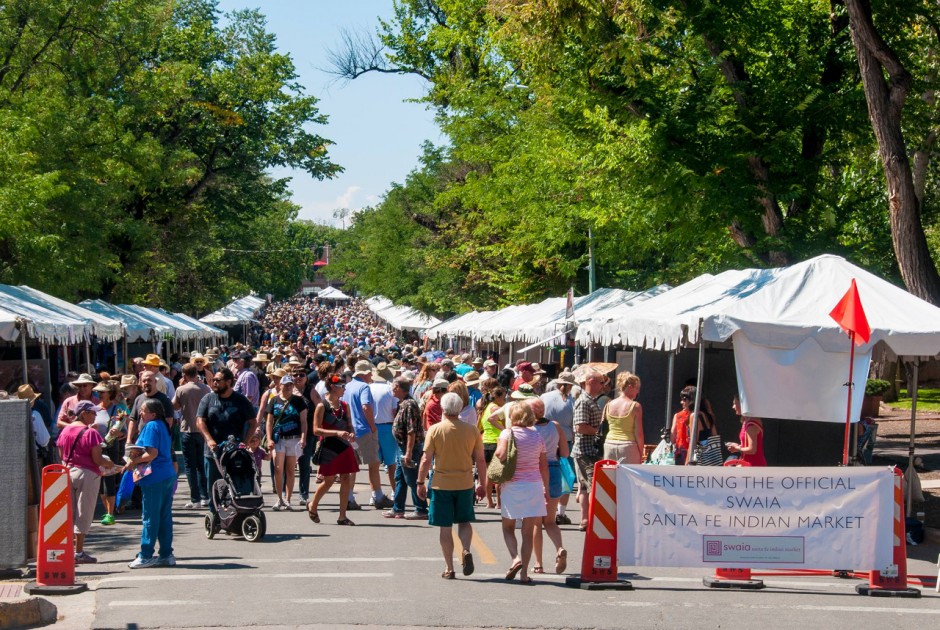 Of all the events on this list, the Santa Fe Indian Market may be the one that best distills the essence of what makes New Mexico special.

Each August, 175,000 people converge on Santa Fe Plaza, a public space created in the Spanish colonial style when the city was founded way back in 1610. Here, more than 1,000 Native American artists representing cultures from around New Mexico, the Southwest, and the country at large showcase their work in what’s considered the largest event of its kind anywhere.

Visitors to Santa Fe anytime of year will probably explore the plaza and do some shopping, but if you can make it during the Indian Market in August (or the smaller winter iteration in late November), you’ll no doubt be leaving with a truly remarkable memento of your time in New Mexico. And note: The market is only the climax of a weeklong festival that includes film screenings, live music, lectures and workshops, and artist award ceremonies.

When: July
Where: Santa Fe

While the Indian Market might be the biggest event to hit Santa Fe Plaza, New Mexico’s other cultural wellspring isn’t left out. There are few places in the US with a stronger Hispanic heritage, and the Santa Fe Spanish Market provides an excellent window into this element of modern New Mexican culture.

As with the Indian Market, you’ll find hundreds of artists displaying, creating, and selling work, along with several days’ worth of related cultural events. The Spanish Market is organized by the Spanish Colonial Arts Society, who also operate the Museum of Spanish Colonial Art on Museum Hill in Santa Fe. A Winter Spanish Market takes place in late November in Albuquerque.

When: January
Where: Taos

This entry stands out from the other events on this list and is a welcome reminder that New Mexico is home to excellent skiing and some pretty solid wines. Find both at the Taos Winter Wine Festival in January. You can carve tracks down one of America’s premier ski mountains during the day and then class up your apres with tastings of the state’s finest vintages and paired gourmet dinners.

When: April
Where: Albuquerque 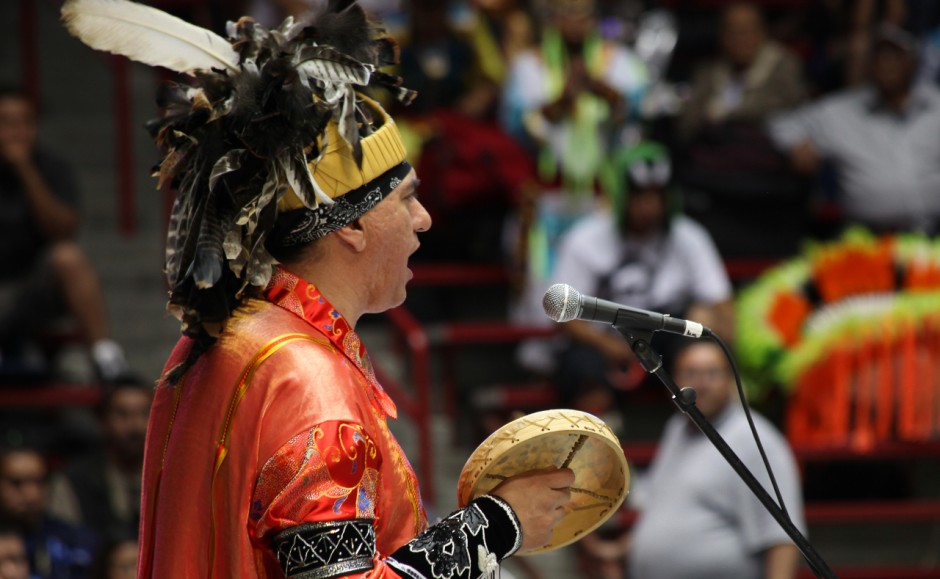 Most modern Americans are so removed from the cultures and lives of the original Americans. There’s a remedy for that, though, and it involves exposure, education, and connection. Albuquerque’s annual Gathering of Nations Pow Wow — one of the largest meetings of Native community members in North America — is a great place to start.

The event is open to the public and features music and dance performances and competitions, an artisan market and street fair, and all kinds of great food. The best part: Gathering is a 501(c)(3) nonprofit working to preserve and propagate traditions and provide scholarships for Native students.

When: September
Where: Las Cruces 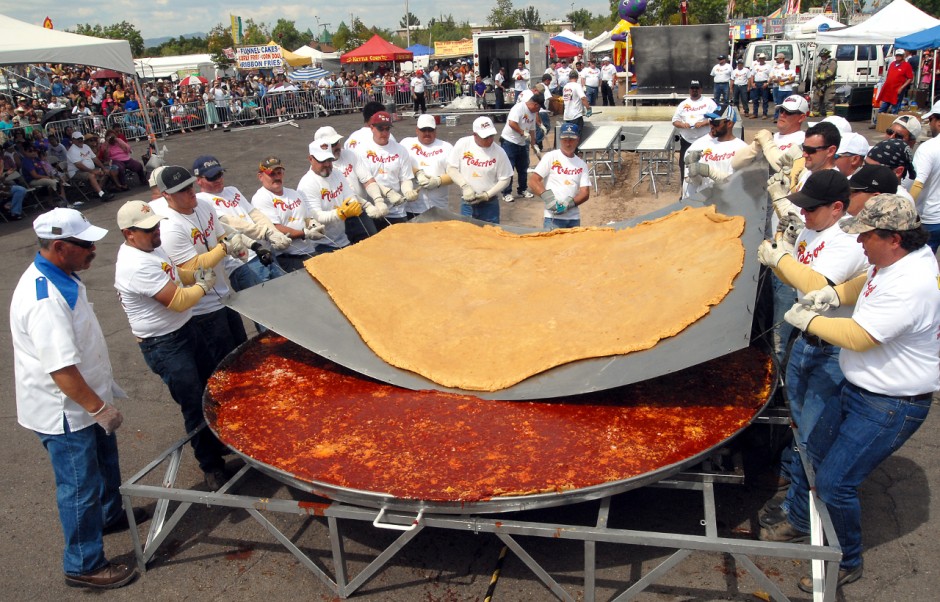 The greatest food item ever invented (in this writer’s humble opinion) most certainly deserves its own festival, and the southern New Mexican city of Las Cruces delivers with the Whole Enchilada Festival. The name comes from the event’s central happening, the creation each year of the Guinness World Record-certified “world’s largest enchilada.” Here are the ingredients of said enchilada, according to the festival website:

One day I will enter the Enchilada Eating Contest. And I will win.

When: July
Where: Santa Fe 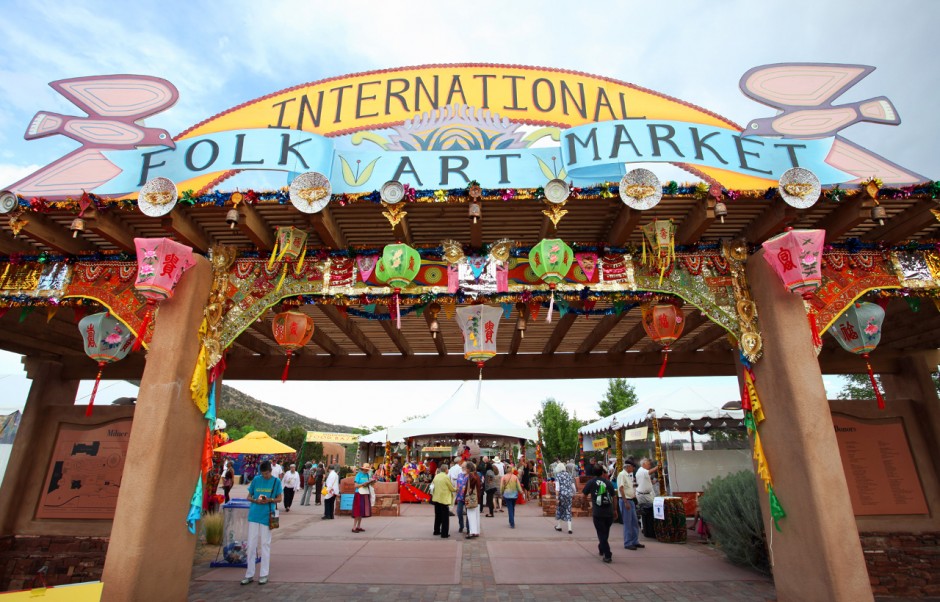 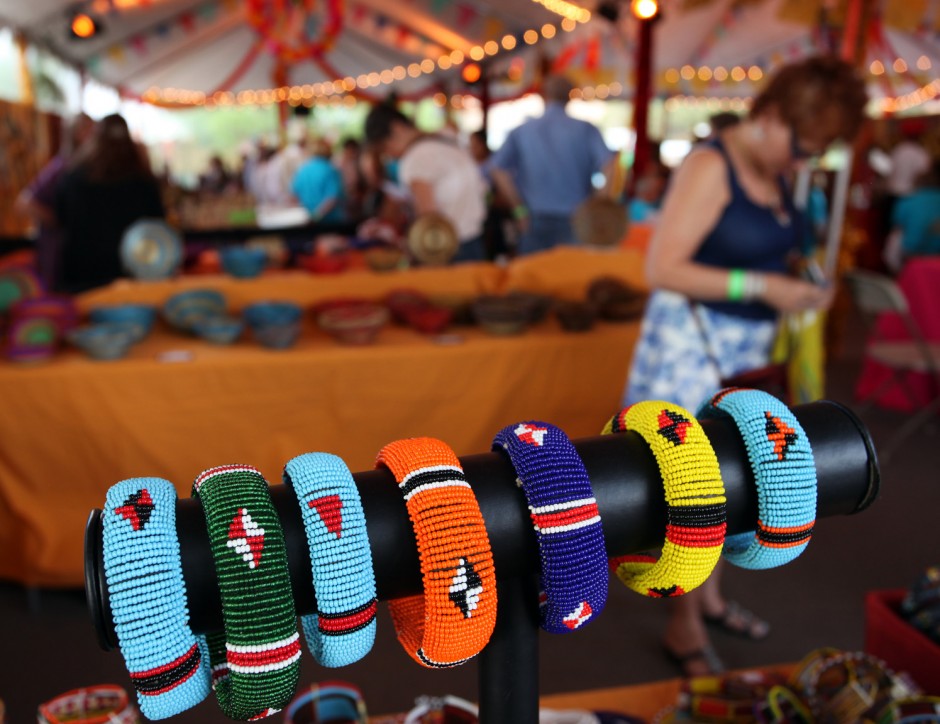 Held around the same general time as the Indian and Spanish Markets, the Santa Fe International Folk Art Market steps beyond the rich cultural heritage of New Mexico to showcase artistic traditions from all over the world. Eighty-seven countries have been represented by attending artists since 2004, including some whose folk art you’ve likely never seen or even imagined: South Sudan and Vanuatu, for example. It’s just one of many reasons why Santa Fe has been designated a UNESCO City of Folk Art.