EVERYTHING ABOUT OUTDOOR ADVENTURE IN WYOMING is totally hardcore, and yet somehow low-key at the same time. You can have breakfast in Jackson and never realize the wiry EMT casually sipping coffee at the booth next to yours has already summited Grand Teton that morning. Or that the barista is going that afternoon for a downriver sprint on the Snake, then running the 15-mile shuttle afterwards as a bit of extra training.

And it’s not just Jackson or Yellowstone. Wyoming is the Wind River Range, the Medicine Bow Wilderness, the Big Horns, the Red Desert. Here’s a variety of adventures across the state you might not have considered, or even heard of.

So much of outdoor adventure in Wyoming is associated with Yellowstone, the Tetons, and Jackson that other areas and towns are often overshadowed. A great example is Lander, a town of around 7,500 with perfect access to the “Winds” (the Wind River Range), and the huge backcountry areas encompassed by the Shoshone and Bridger-Teton National Forests. While Grand Teton is the tallest peak in Wyoming, the next 40 peaks above 13,000 are all in the Winds.

Lander is the international headquarters for the National Outdoor Leadership School, and home to several notable outfitters. In particular, Lander Llama Company, which has been running unique llama-supported backcountry treks for three decades. The llamas allow for low-impact, unencumbered hiking deep into the Winds — and places that may be difficult for older adults (or younger children) to reach if they were backpacking. Lander Llama’s Bunk House is also a cool place to stay if you’re just passing through Lander.

2. Caving into the mouth of a disappearing river

Also near the town of Lander is Sinks Canyon State Park. The Sinks are a strange phenomenon, where the Middle Fork of the Popo Agie (pronounced “pa-poggia”) River drops through a beautiful (and gnarly!) Class V whitewater canyon before entering a cave where it completely disappears underground. A quarter mile downstream, the river reappears at a calm pool known as the Rise, where you’ll find some truly huge trout.

There’s a sweet campground at the Sinks where you can set up for a few days of exploring and fishing / paddling. You can also arrange a guided spelunking tour of the cave and follow the river underground with local outfitters.

For a place that’s landlocked by at least a thousand miles, Wyoming has one notable surf spot: Lunch Counter rapid on the Snake River. During normal summertime river flows, Lunch Counter forms a glassy standing wave that’s big and steep enough to allow plenty of cutbacks and slashes for skilled surfers. It’s just a great hangout / lunch spot overall, with a short hike in from the Big Kahuna / Lunch Counter trailhead.

A much quieter alternative to winter (snowmobile-based) wildlife viewing in Yellowstone, the National Elk Refuge near Jackson provides horse-drawn sleigh rides to see the herd of more than 7,000 elk. In addition to the elk are mule deer, trumpeter swans, pronghorn, and bighorn sheep, as well as the biggest federally managed herd of bison in the country.

5. Sailing on a glacial lake

Jenny Lake is one of the most visually striking places in North America, a broad glacial lake of pristine water quality that sits at the base of Grand Teton, creating a huge reflection of the peaks. There’s a loop trail around Jenny Lake and various trails and approach hikes to classic climbing routes. But boating is permitted on the lake itself, and you can tack back and forth below the Grand for an all-time day of sailing.

6. Ice climbing on an artificial waterfall

Part of the difficulty of getting started ice climbing is simply access. Just reaching climbing spots typically requires rugged approach through the backcountry in winter conditions. In Jackcon, the mountain guides at Exum have overcome this problem by building an “ice park” during winter months. Located above the Grand View Lodge at Snow King, there’s pen climbing on Sundays noon to 4pm, and Wednesdays 4-8pm ($20), as well as group lessons on Sundays and private lessons by reservation. Contact Exum for more information.

7. Off-road exploring the largest dune system in the US

As with many places in Wyoming besides Yellowstone, most people have never heard of the Red Desert, even though it has some of the most spectacular wildlife and terrain anywhere in the country. At over 9,000 square miles, the Red Desert region is massive, with diverse ecosystems from boreal forests to high desert to sagebrush scrubland. It contains both the Killpecker Sand Dunes (largest living dune system in the United States) and a section of the Continental Divide.

As far as exploring the Red Desert, there are endless hoodoos, buttes, mesas, and other features for hiking. Llama-supported trips are available out of Lander. Vehicle access is permitted in certain areas as well, including off-road vehicle access within a portion of the Killpecker dunes.

8. Perfect river trip on the Encampment

While just about any whitewater trip is fun, few paddling trips exist in which the myriad factors — river access, portage trails, camping options, whitewater features, water quality, wildlife, shuttle drive — all line up to make a “perfect” trip. The Encampment River, in the Medicine Bow Wilderness of southern Wyoming, is one of these precious few runs.

Although there are some powerful (but straightforward) Class V drops in “Damnation Alley,” if you portage there you don’t have to be a hardcore boater to paddle the Encampment. Intermediate paddlers (and rafters) can make it down as long as the river level isn’t too high (above ~1,200 cfs). That said, besides Damnation Alley, the Encampment has miles-long continuous stretches of Class III+ / IV- boogie water that are super fun as long as you’re a competent Class IV boater.

Part of what makes the Encampment so special is its epic camping options at both the takeout and put-in (particularly along FR 550), as well as a beautiful riverside hiking trail along the entire run. The last several miles are really just Class II swiftwater, so another possibility for summer fun would be hiking upstream several miles from the takeout and then tubing your way back down. Access: Drive south from the town of Encampment approx. 1 mile until you see the sign: “Encampment River and Trail.” Take this road till you reach the campground / takeout. Put-in is at Hog Park on FR 550, where there’s some of the best camping anywhere in the Rockies. 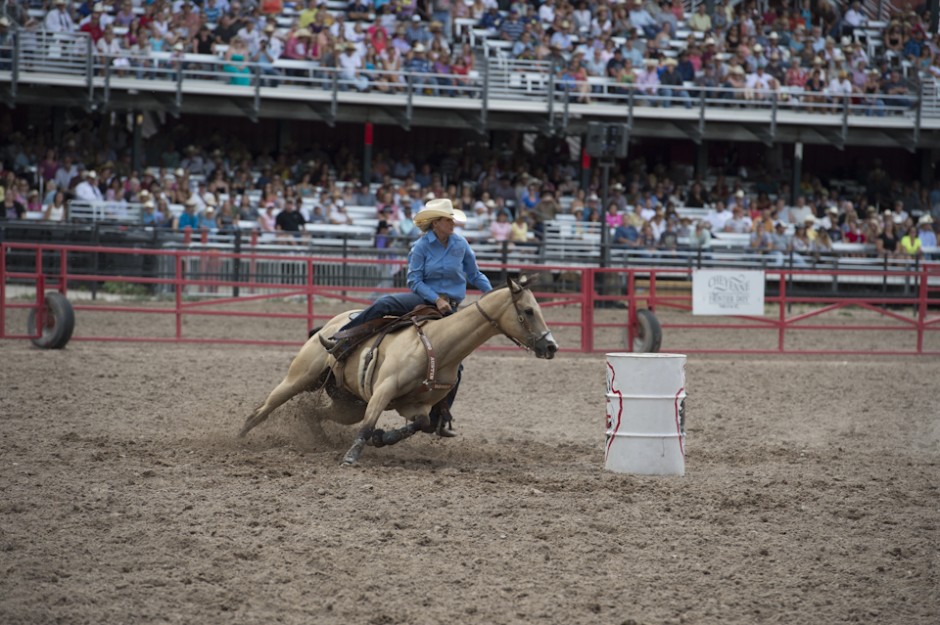 10. Exploring WWII-era wreckage at the top of a mountain

Deep in the Big Horn Mountains (the “Big Horns”) is a ridge now known as Bomber Mountain. There rests the wreckage of a B-17 that crashed in 1943 on its way to Nebraska (from where it would’ve eventually flown to England to join bombing missions in WWII).

The wreckage makes an interesting (if eerie) hiking objective. Perhaps most importantly, it brings you to this very overlooked range in northern Wyoming. The Big Horns are sacred lands to the Crow, Sioux, and Cheyenne Indians, and two large roadless areas have been preserved, including the Cloud Peak Wilderness.