To get the kids away from their screens and into the outdoors, a good starting point is

Before you leave, don’t miss a ride on the San Antonio Zoo Eagle, a miniature train that loops around pretty much the entire park. From its starting point right across from the zoo, it makes stops at a few different Brackenridge attractions, including the 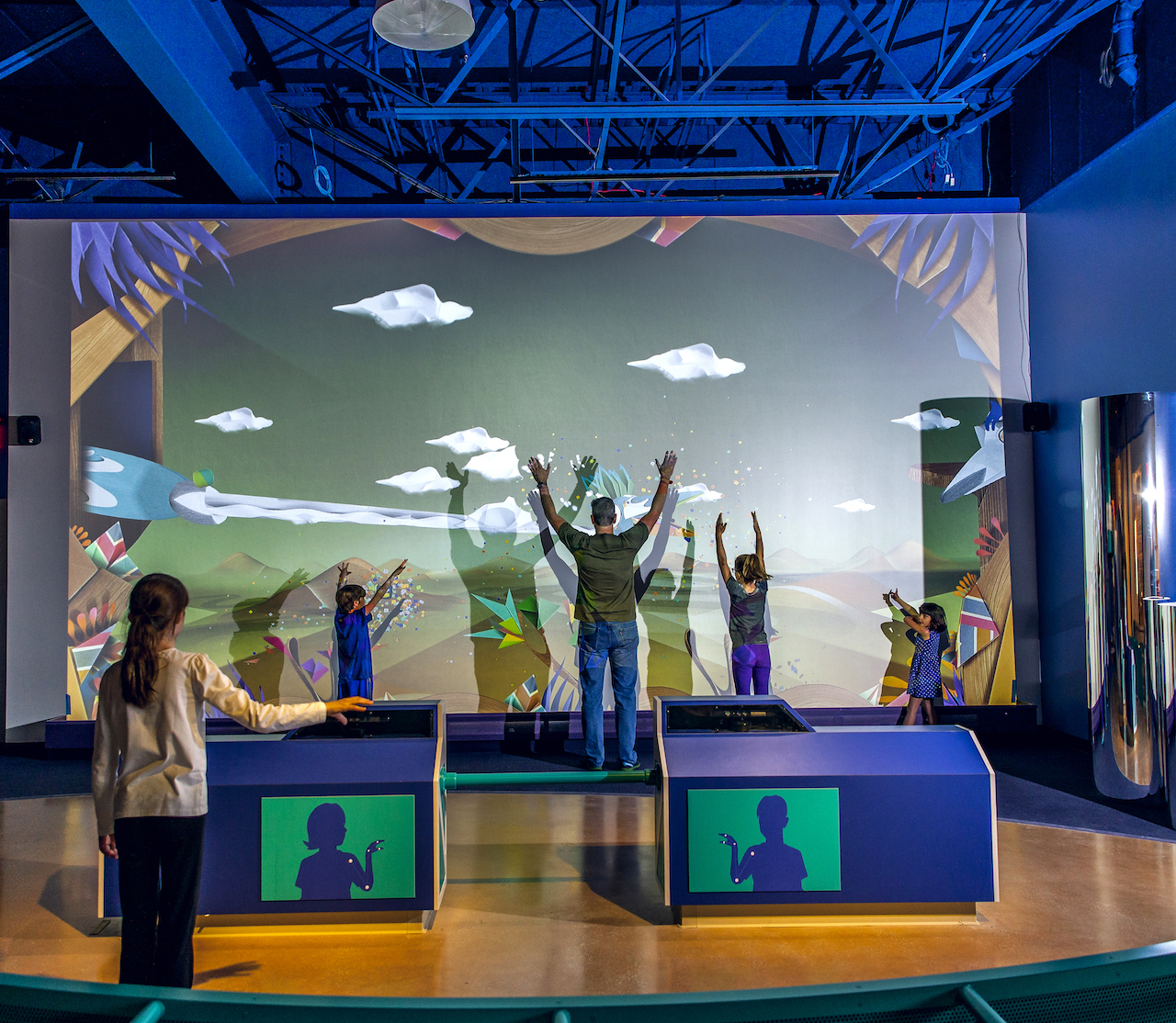 A day at The DoSeum costs $12 (free admission for anyone under one), but there are also camps for kids, as well as memberships that get the family in at half price and are also honored at participating children’s museums around the country.

Day passes run around $70.00, but discounts are available online, on soda cans, and at local H-E-B grocery stores. 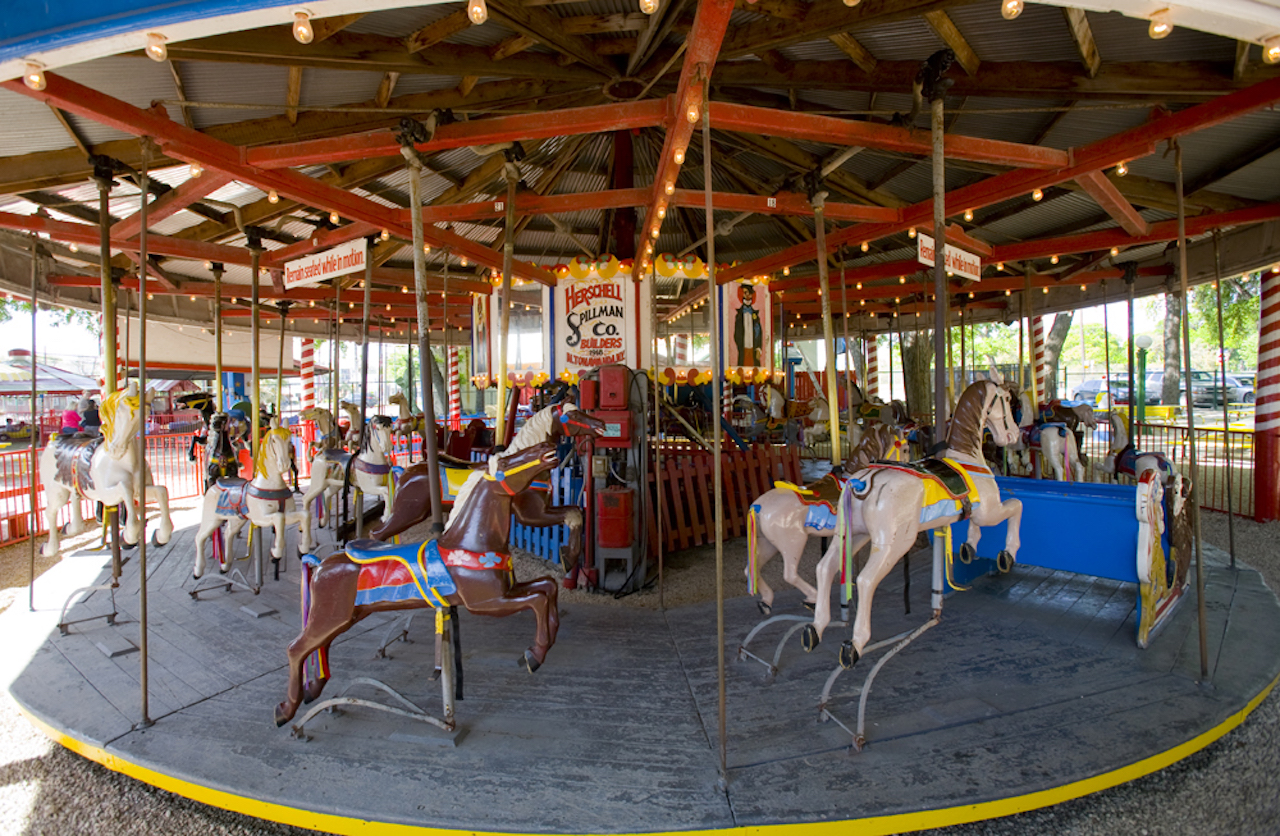 If your kids are still a little young for the big-name rides at Six Flags, we’ve got an old-school alternative:

This relatively inexpensive park is even cheaper on Bargain Wednesdays, when ride tickets are $1.75 (and unlimited ride bands sell for $11.75). Tell the kids this is what life used to be like, and see if they believe you.

Perhaps the city’s biggest attraction, the

Looking for a low-key afternoon? Rent a bicycle and explore the 15 miles of cypress-lined trails in this corridor of relative quiet right in the city. Head north from downtown to explore the Museum Reach section of the River Walk, or south to follow the Mission Reach. Events take place on the River Walk throughout the year, from the 6,000 luminarias that line the banks for Christmas, to rubber duck races, to the annual Mardi Gras-esque party that is Fiesta. And when the San Antonio Spurs win the NBA Championship (it’s happened five times over the last 17 years), the River Walk plays host to a wild riverboat parade featuring the team. 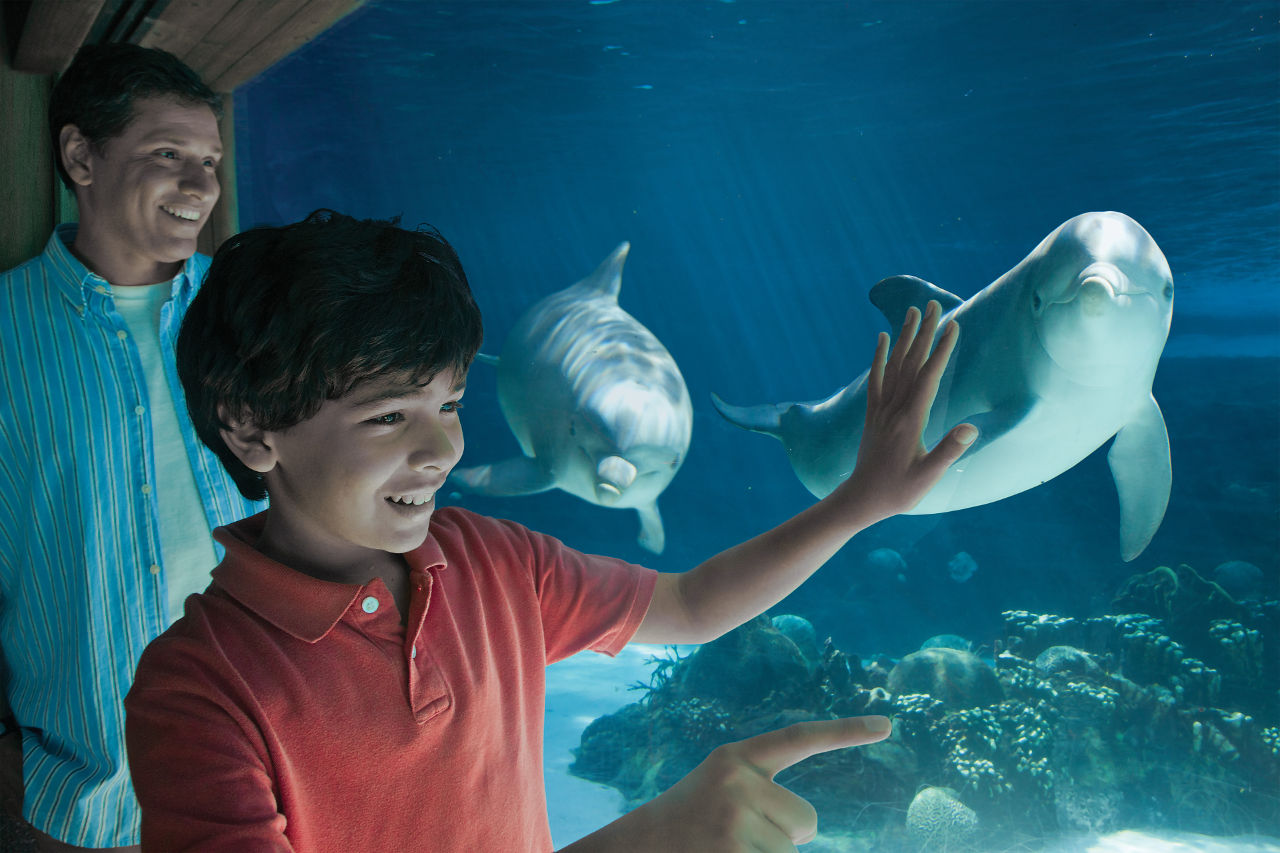 Wildlife meets theme park at SeaWorld San Antonio, and no matter your age, it’s always a good day when you can get up close and personal with a dolphin. SeaWorld really shines in its wildlife program, with penguins, beluga whales, dolphins, and flamingoes, but there are a handful of crazy roller coasters (including one of two “hypercoasters” SeaWorld has throughout the US) and water rides, too, for those hot summer days.

When it comes to the animals, every show and exhibit is worth the time, but be sure to check out Discovery Point — an exhibit that brings you face-to-face with dolphins, belugas, sharks, exotic fish, and sea lions, both above ground and underwater. You can also reserve a spot to swim with the dolphins — the only place to do so in Texas.

7. Hemisfair Park / Tower of the Americas

The recently unveiled Yanaguana Garden is a blend of creativity and activity — basically a playground mixed with art displays. There’s also a games plaza, a sand area, and a splash pad. Hemisfair Park regularly hosts events for kids and families, including story time, family-friendly First Fridays, gardening lessons, and sometimes even all-out festivals. 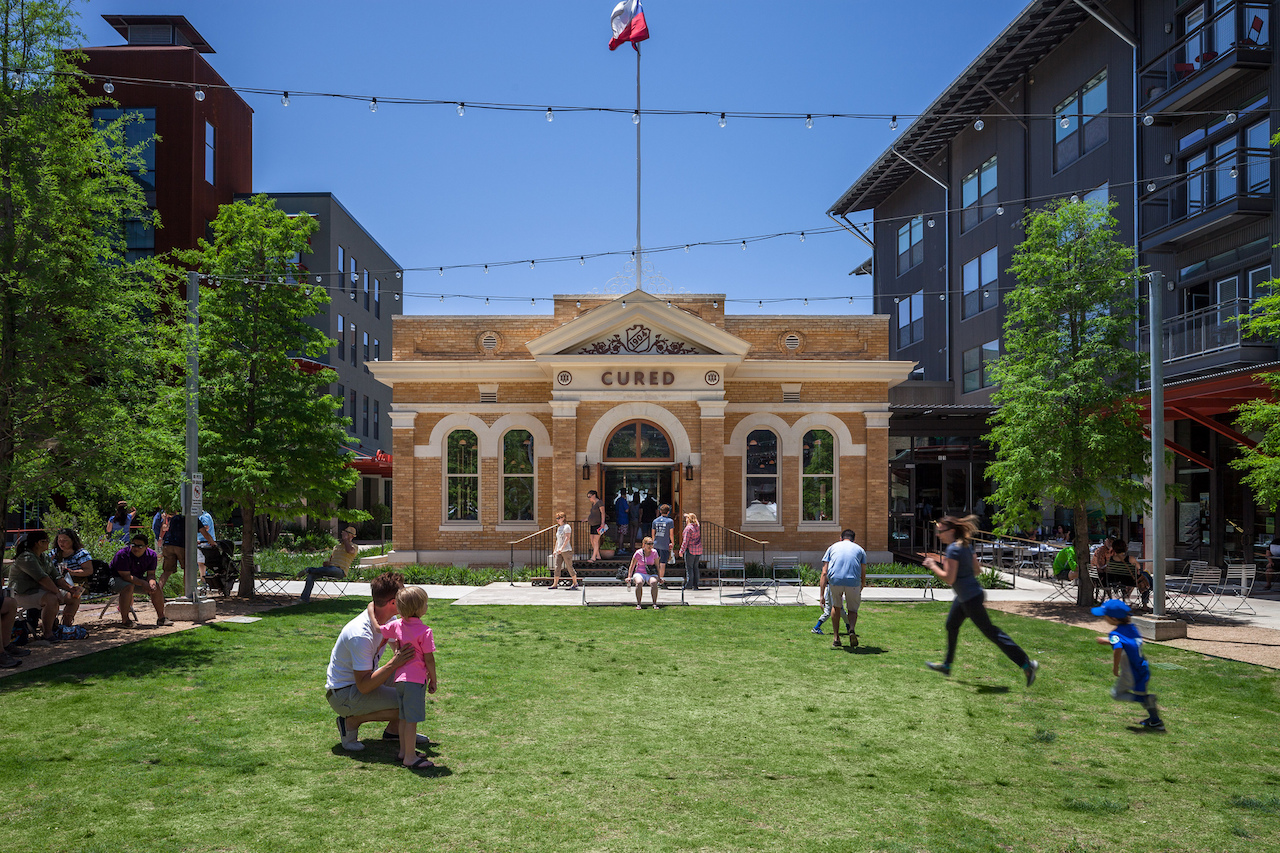 The rest of the week, check out eclectic stores like 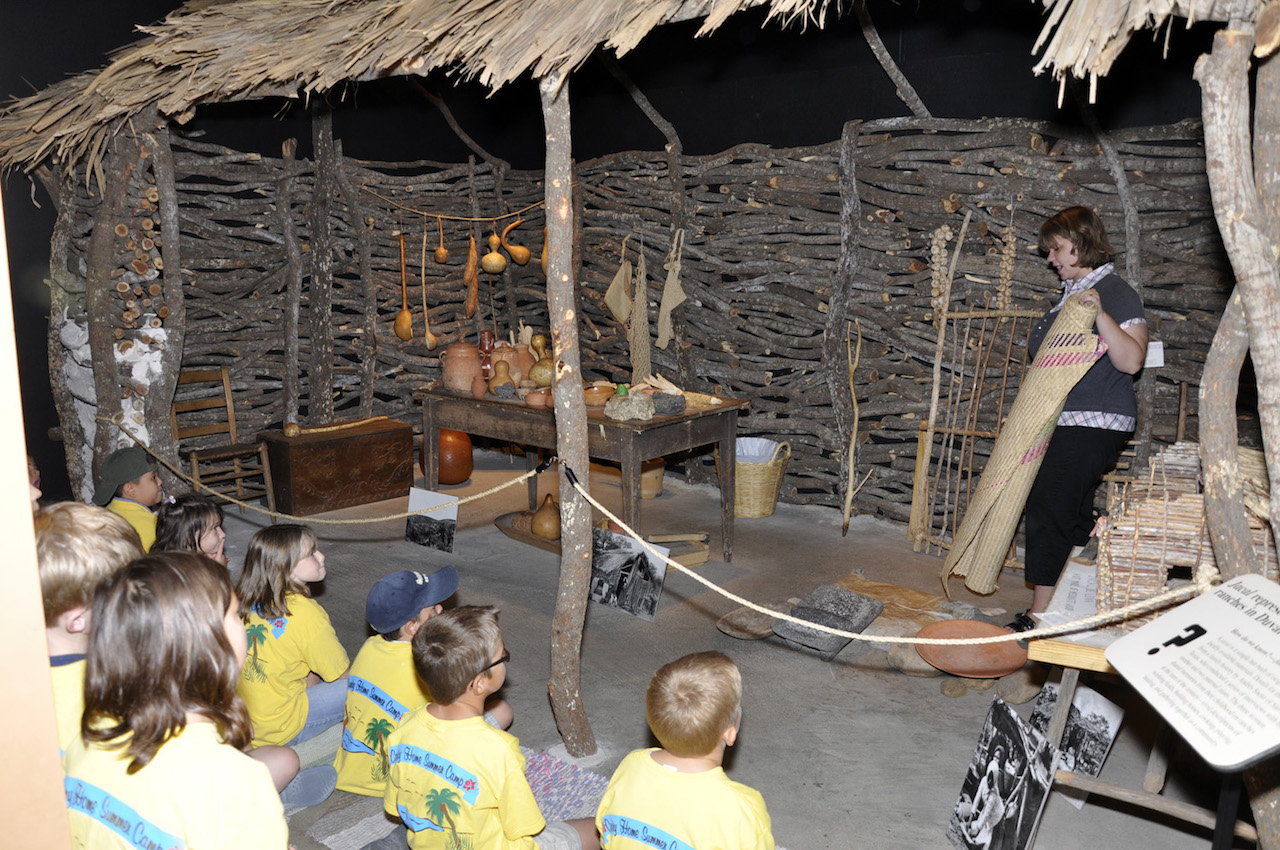 It’s worth spending a few hours (at least!) exploring Texas’ cultural history at the

The Institute is also host to the Texas Folklife Festival, a several-day event that brings culture and activities together. Taking place in mid-June every year, it celebrates the wide range of the cultural history of Texas, including Mexican, German, Latino, African, and Native American traditions.

Tucked away in Brackenridge Park, the

In addition to the zoo’s various animals — including the regulars, like giraffes, bears, and tigers — the park also features different landscapes, such as the African Serengeti and watering hole, the Amazon, and a forest full of gibbons. Other attractions include a butterfly exhibit and Lory Landing, which houses a collection of lorikeets. This is one stop — one city, really — where the adults certainly won’t be bored, either.