The images below were captured on that trip, and they showcase some of the island nation’s most stunning natural features. 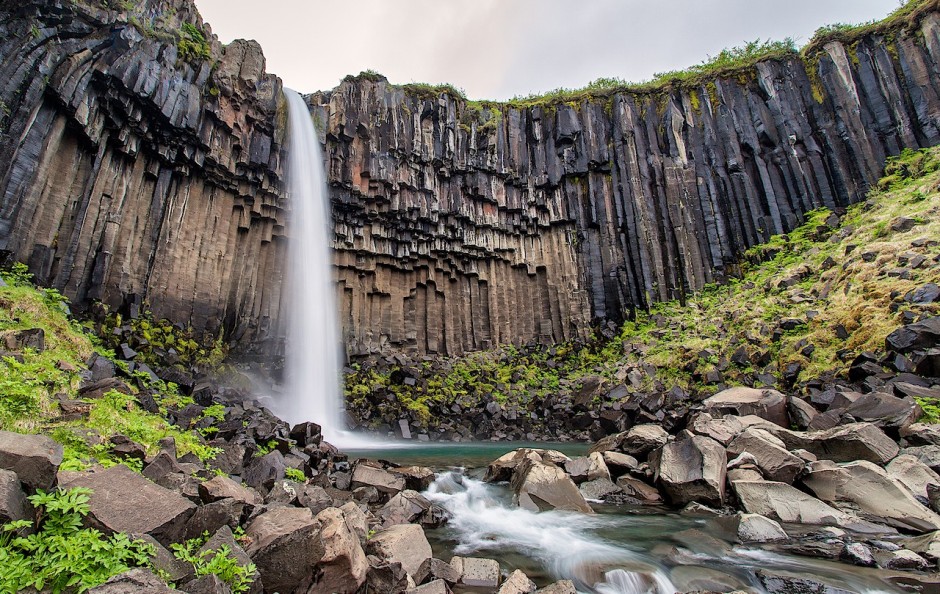 Its name, which means Black Falls, comes from the black basalt columns that surround the water. New columns break off the cliff from time to time. The external design of the famous church of Hallgrímur in Reykjavik is said to be inspired from the basalts of Svartifoss. 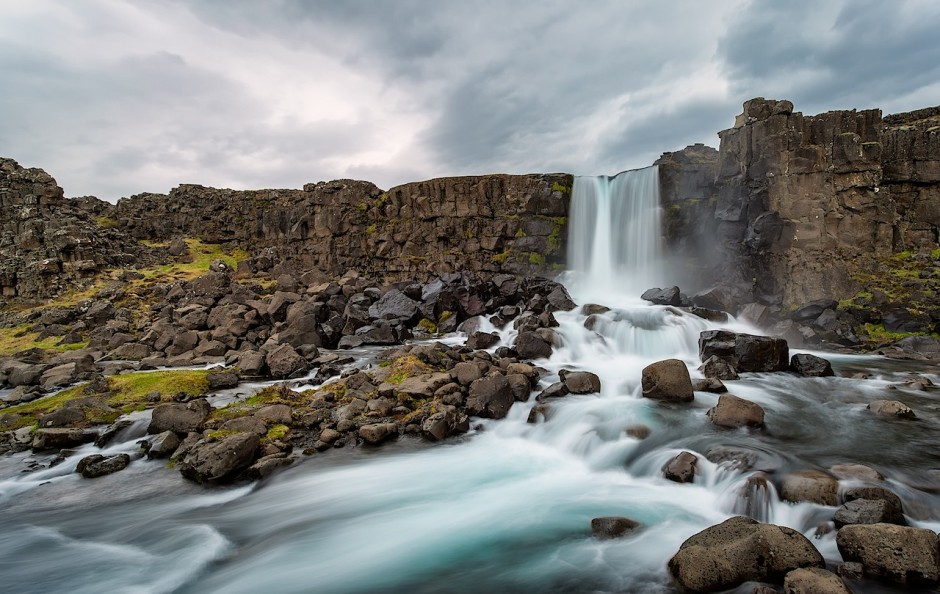 Þingvellir is one of the highlights of the country for several reasons. From a historical point of view, this is the place where the Viking Parliament was established in 930. It was thus Iceland’s supreme judicial and legislative centre. From a geological point of view, Þingvellir is a rift valley where both the Eurasian and the North American tectonic plates slowly separate from each other (which, itself, is called the Mid-Atlantic Ridge). 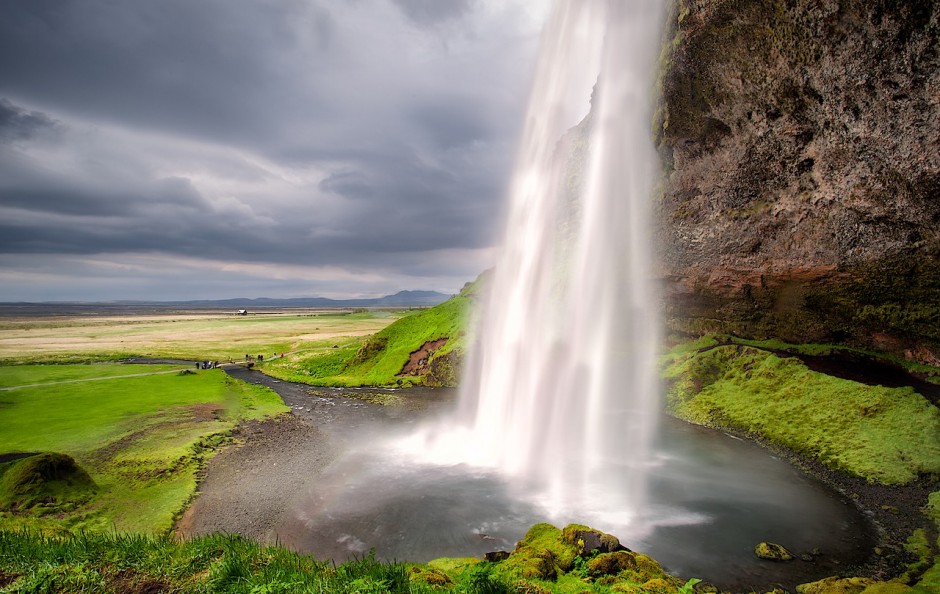 This waterfall is one of my personal favorites. The water of the Seljalandsá River drops about 60 meters over the cliffs of what was, in a very ancient past, the coastline of the island. Seljalandsfoss is very popular among tourists and photographers because you can actually walk all the way around the falls and enjoy stunning points of view. But don’t forget your raincoat or you’ll get drenched! 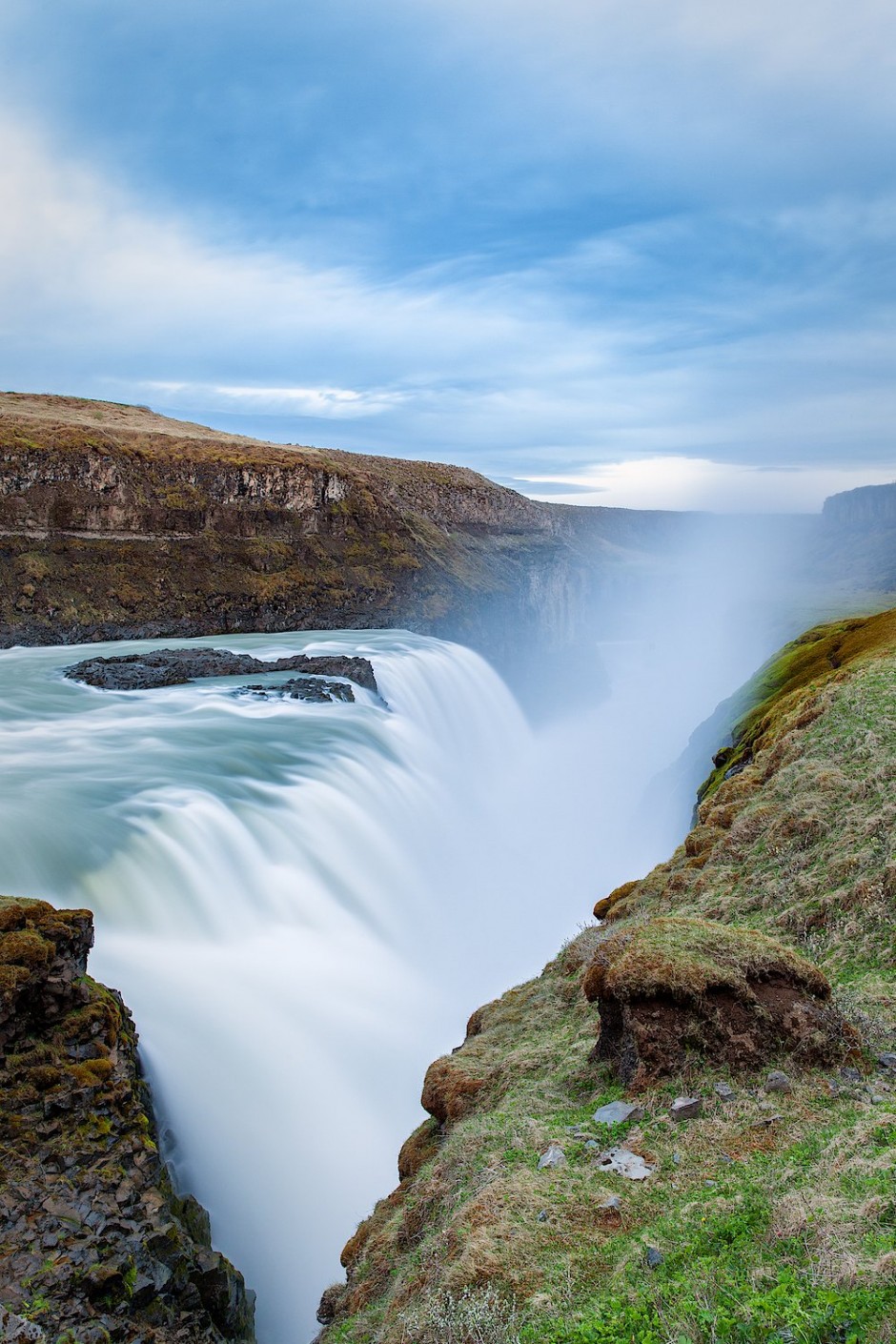 This is clearly one of the highlights of Iceland. It is located in the southwest of the country, in the canyon of Hvítá River. It is a huge waterfall. In the summer, the average amount of water running over it is about 140 cubic meter per second. The water plunges into a crevice that is 32 meters deep and mostly hidden at first sight. 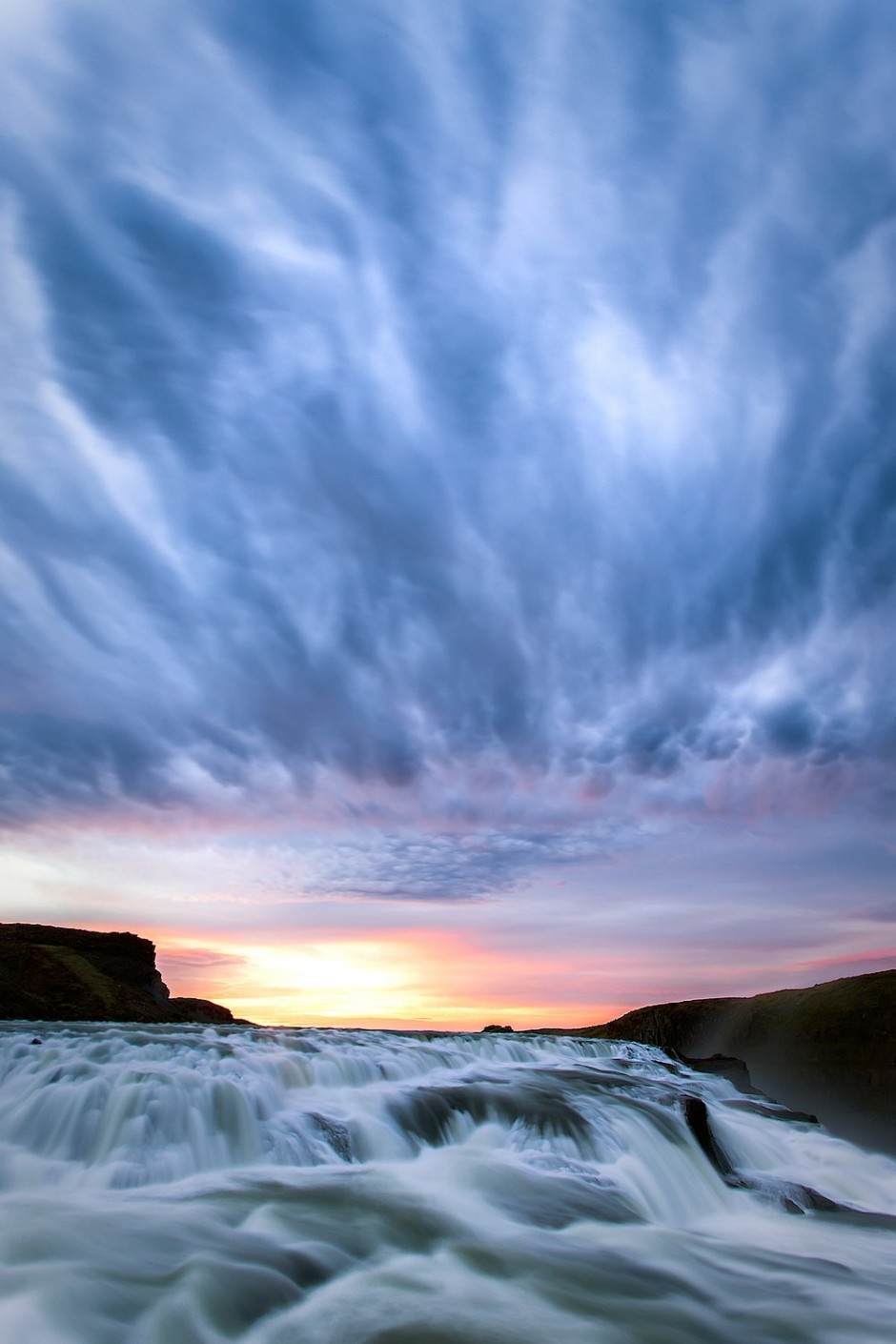 The upper part of Gullfoss just before plunging into the crevice

This picture was taken at 12:14am in June, when the sun barely disappears under the horizon for a couple of hours before rising again, offering hours of beautiful light to tourists… and photographers. 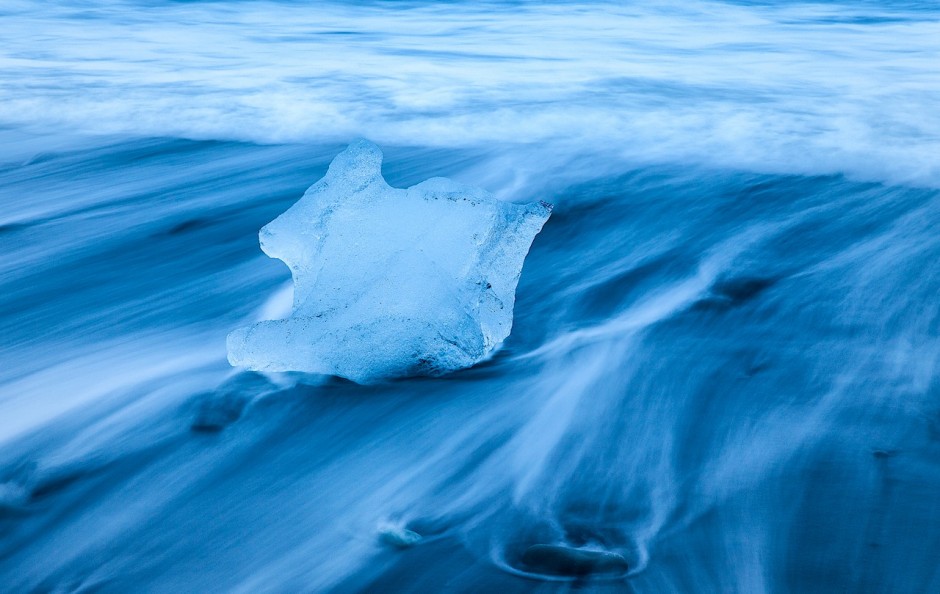 A melting iceberg on the black volcanic sand beach at Jökulsárlón 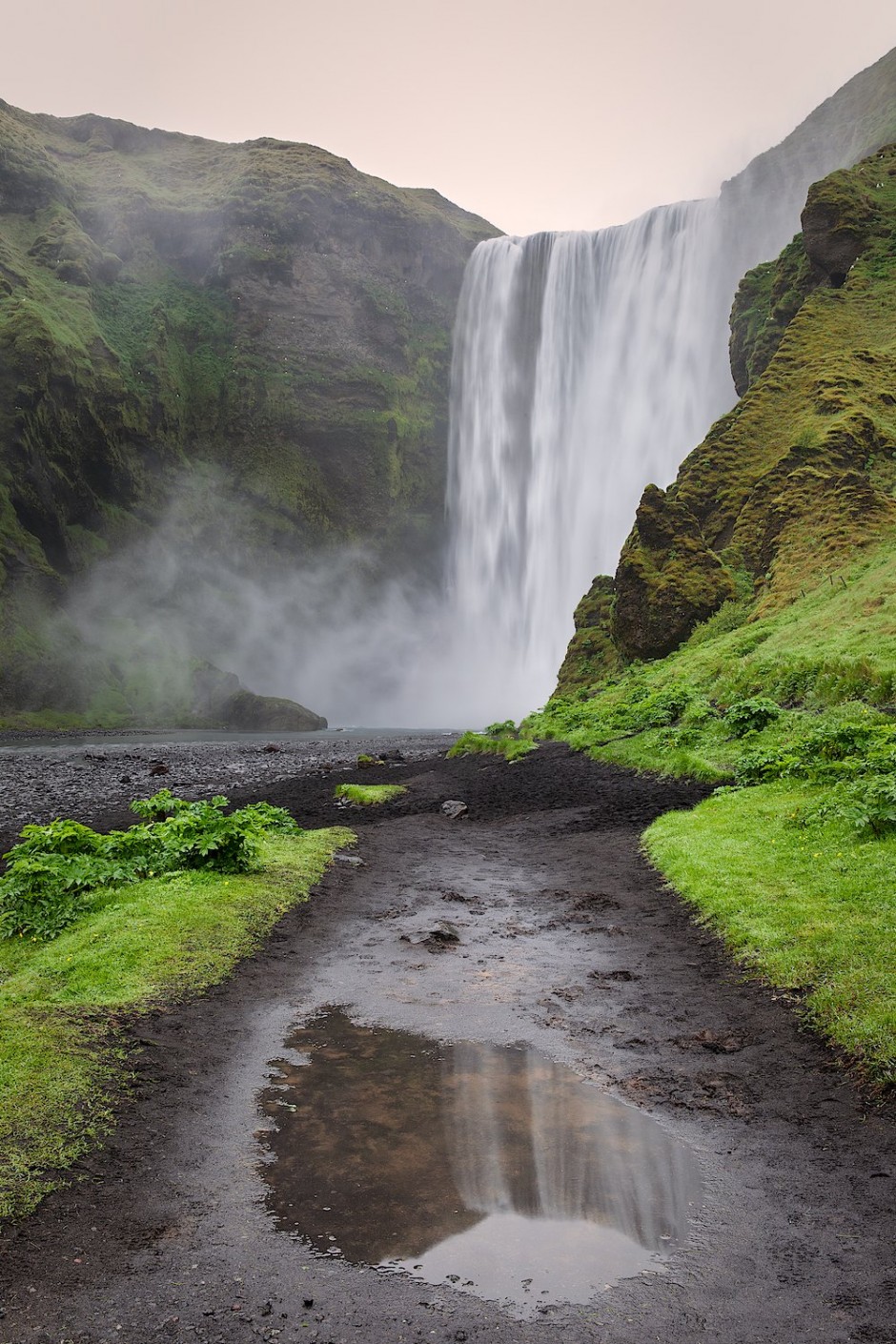 Like Seljalandsfoss, this waterfall is located at the cliffs of the ancient coastline, which is nowadays about five kilometers away. It is one of the biggest waterfalls in the country. According to legend, a treasure was buried in a cave behind the fall by the first Viking settler in the region. Skógafoss was alsofeatured in the filmThor: The Dark World. 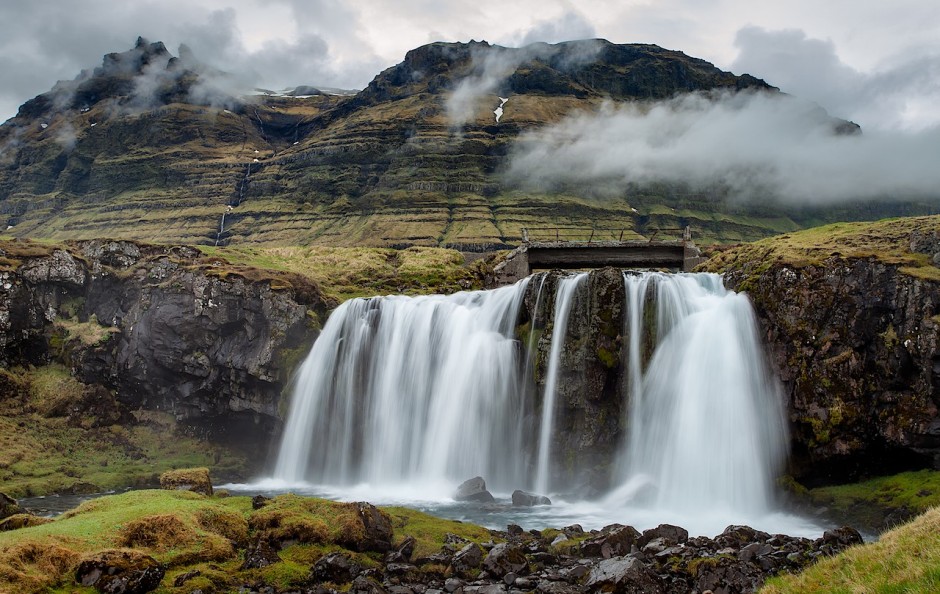 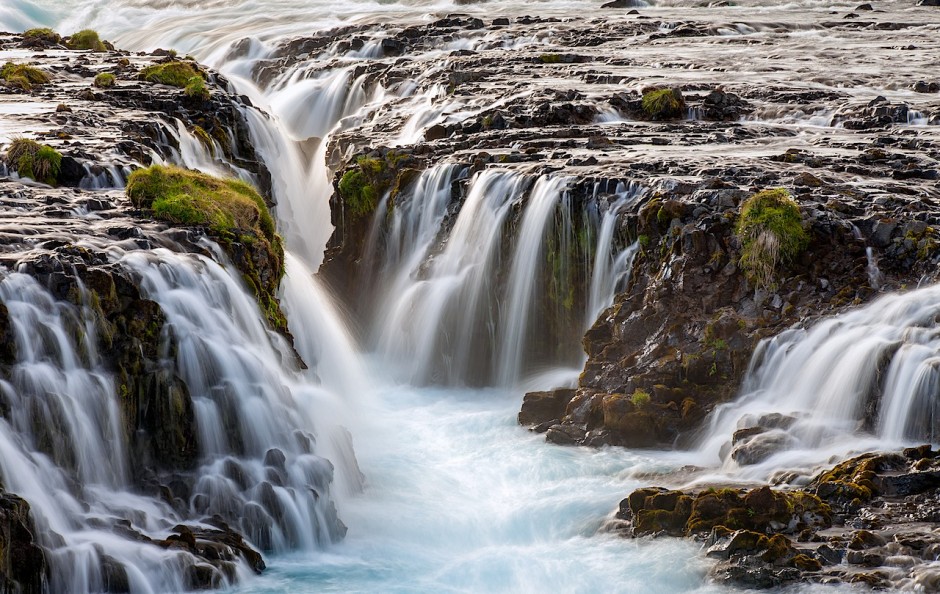 A detail of Brúarfoss

A less known yet absolutely stunning waterfall located not far from Geysir. It's quite difficult to reach since it’s not on tourist maps, and accurate directions are hard to find. But it’s definitely worth the effort! 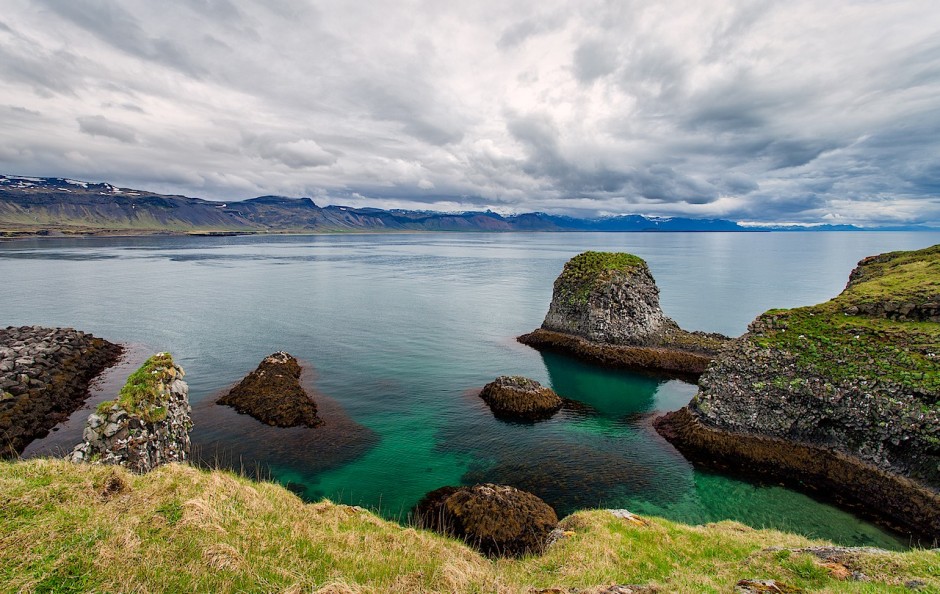 The coastline of Arnarstapi

Arnarstapi is a small fishing village located on the southern side of the Snæfellsnes peninsula, western Iceland, a couple of hours from Reykjavik. The peninsula has been named Iceland in Miniature because most of the typical landscapes and sights of the country can be found in the area. The Snæfellsjökull, the peninsula’s highest peak, was the setting of Jules Verne’s Journey to the Center of the Earth.

Tagged
Student Work Iceland
What did you think of this story?
Meh
Good
Awesome