Part of what gives Paris its charm are the nooks and crannies, the secret alleyways and courtyards, and the sun-filled, swank accommodations tucked into discreet little corners.

While you can still have an enjoyable and interesting time in Paris by sticking to the typical tourist spots — the Eiffel Tower, Notre Dame, the Moulin Rouge — you’ll get a whole lot more out of the trip staying in the home of an actual Parisian.

Airbnb is great news for those of us who don’t know any Parisians we could crash with. The city is full of incredible apartments, lofts, and houses in all of its trendy, historic neighborhoods. Below, we’ve compiled a list of some of the best we’ve been able to find. Keep in mind that prices change on a regular basis, as they’re based on exchange rates. 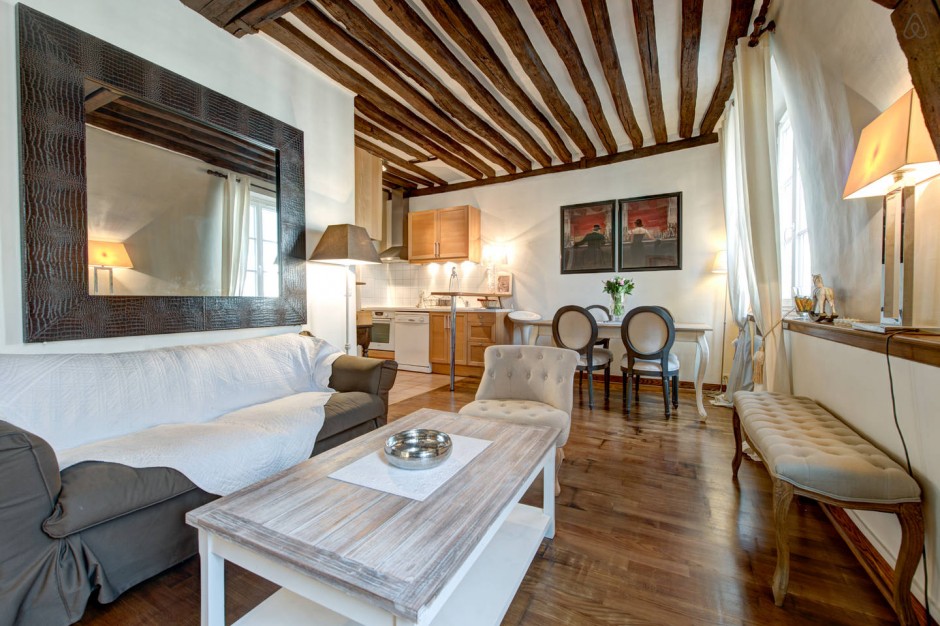 This spot is just a few minutes' walk from the best art museum in the world, the Louvre. The building, constructed in the 16th century, sits on the Place des 2 Écus. It costs around $238 a night, which can be shared among four guests; the price goes up a bit to sleep a fifth.
(See the listing) 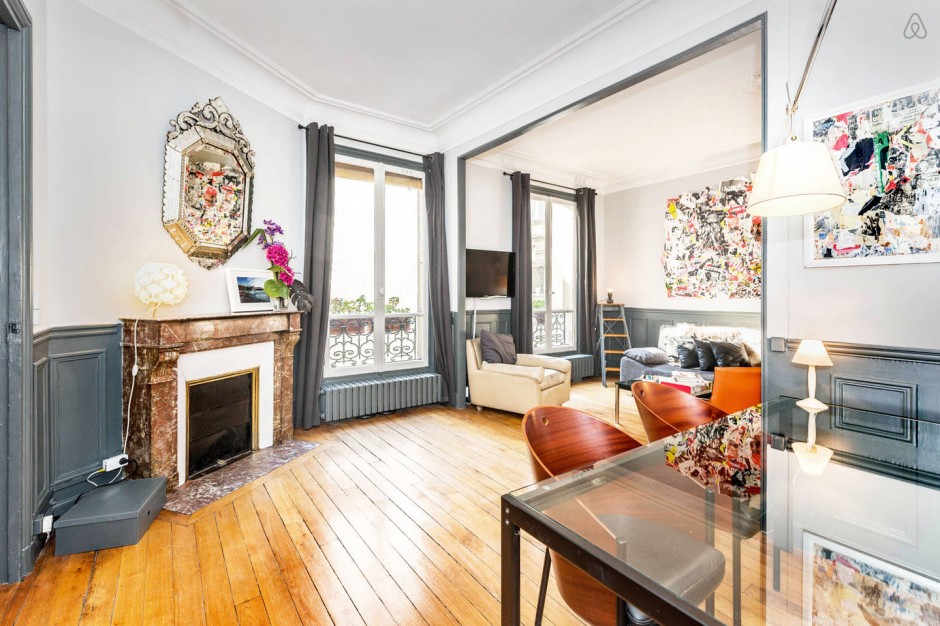 Situated in Paris’s 9th arrondissement, near the Paris Opera House and a short walk from Montmartre and the Sacré-Coeur, this elegant loft costs $254 a night for four people. It’s on the posh Rue des Martyrs, with plenty of cafes, restaurants, and boulangeries.
(See the listing) 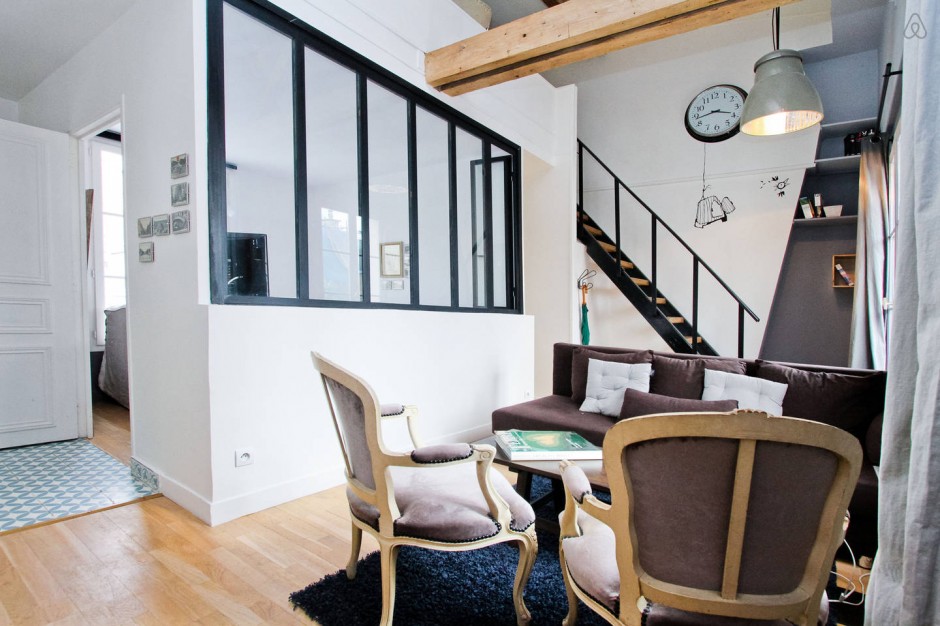 Real estate doesn’t get much more expensive than it is on Paris’s Île Saint-Louis, an island in the Seine. It's linked by a bridge to the Île de la Cité, home of the Notre Dame Cathedral in the heart of Paris. The rent for this listing is $231 a night for four people.
(See the listing) 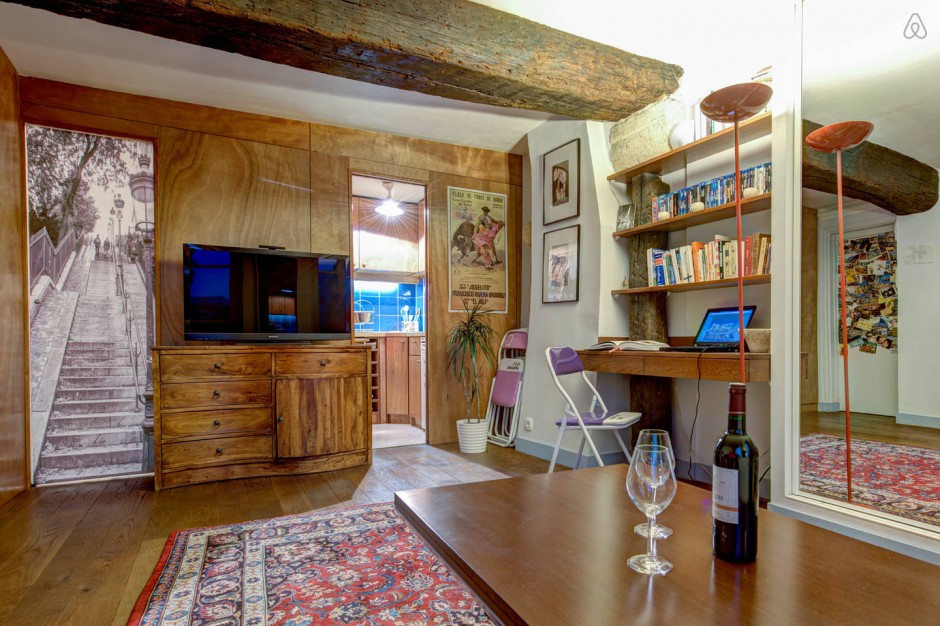 This studio in the Latin Quarter, within view of Notre Dame just across the Seine, was once inhabited by Marcel Marceau. It's right by Shakespeare and Company, whose owner, Sylvia Beach daringly published Joyce's illicit Ulysses in 1922. It’s $204 a night for up to three people.
(See the listing) 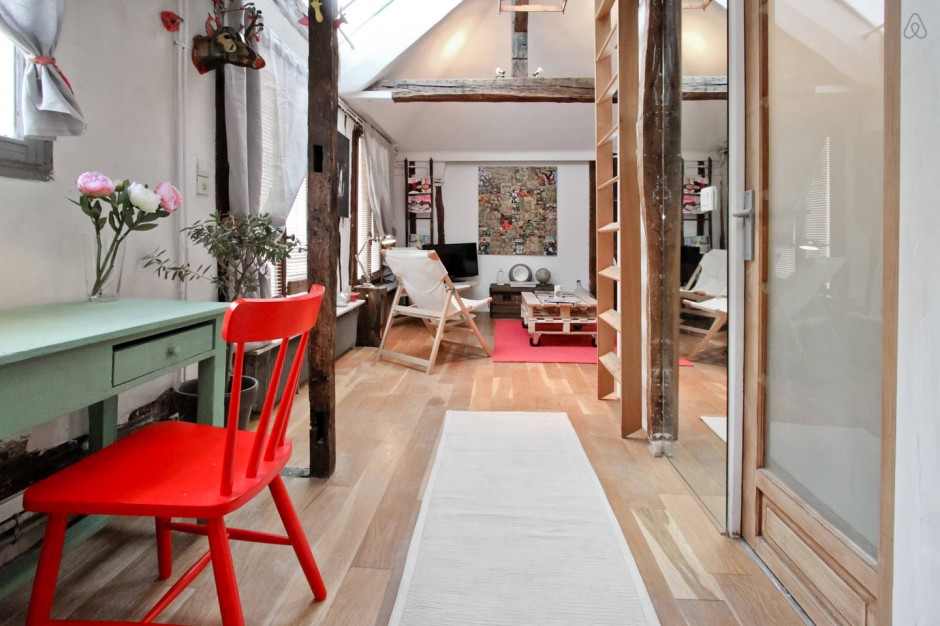 Le Marais, Paris’s stately medieval district on the right bank of the Seine, is where this arty accommodation is located. It's near Notre Dame, the Picasso Museum, and of course the Seine. It’s $170 a night and has very good reviews on Airbnb.
(See the listing) 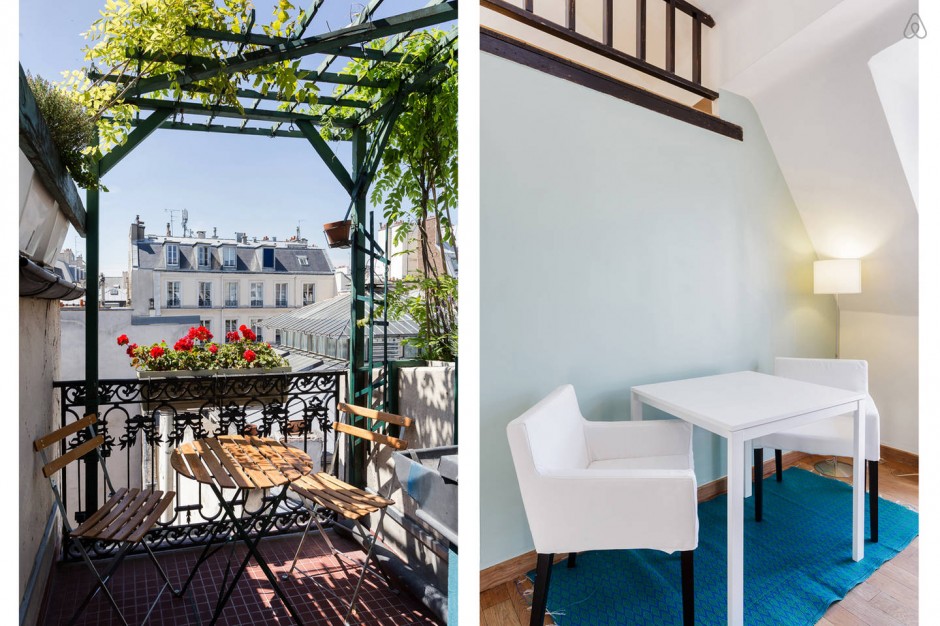 With a tiny terrace looking out over the neighborhood, this rental in Le Marais costs $98 a night for two people, but it does have a minimum 10-night stay. It could be an option if you're planning a decent amount of time in the city.
(See the listing) 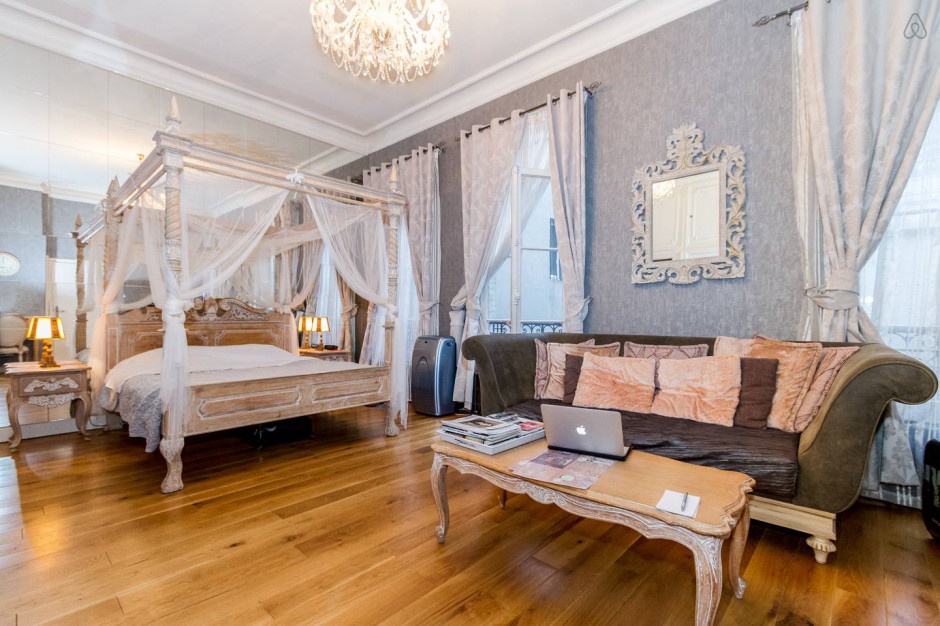 This ornate studio proximate to the Place Victor Hugo is within walking distance of the Arc de Triomphe, the Trocadéro, and the Eiffel Tower. It’s $163 a night for two people.
(See the listing) 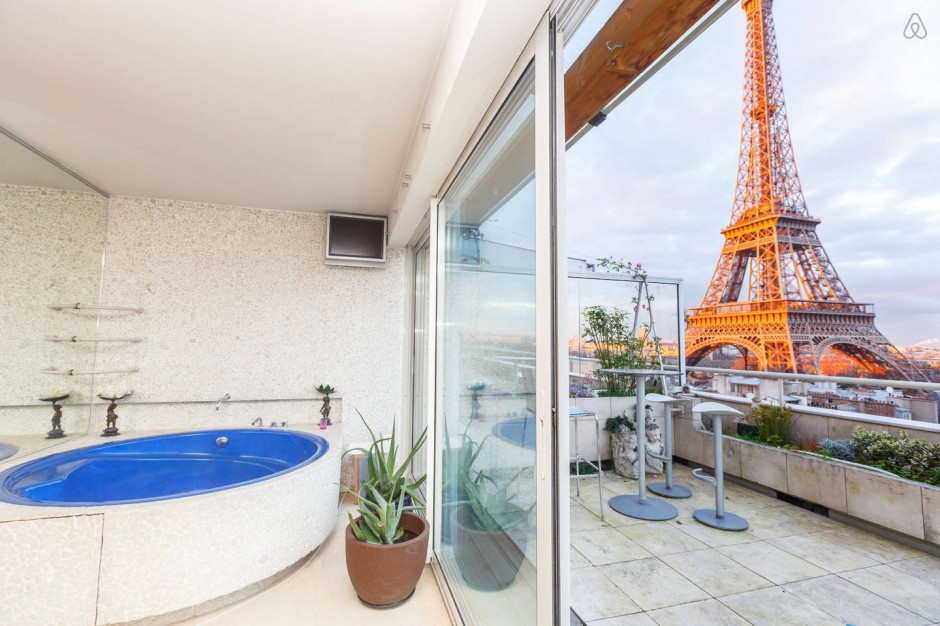 Movies that want to show they’re set in Paris often depict the Eiffel Tower outside every window. It's a false representation as most places in Paris don't overlook the famous tower. But this penthouse does, with a stunning terrace view. A night here costs $380, which can be split two ways.
(See the listing) 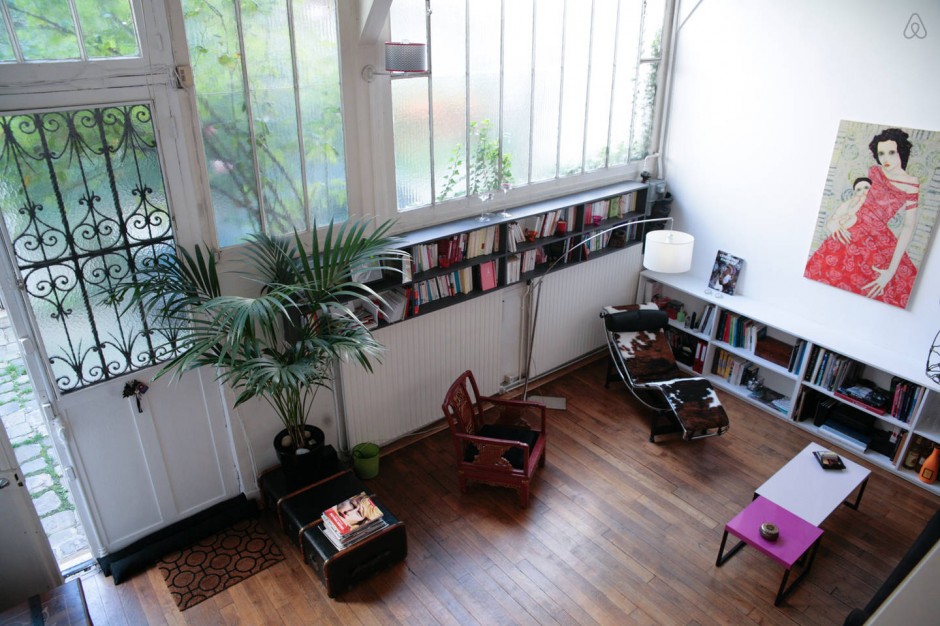 Near the neighborhoods of Montparnasse and Saint-Germain-des-Prés, this sunny loft is a 10-minute walk from the Luxembourg Gardens. Though a little further, the Eiffel Tower and Catacombs of Paris also lie within a walkable distance. It’s about $176 a night and accommodates up to four people.
(See the listing) 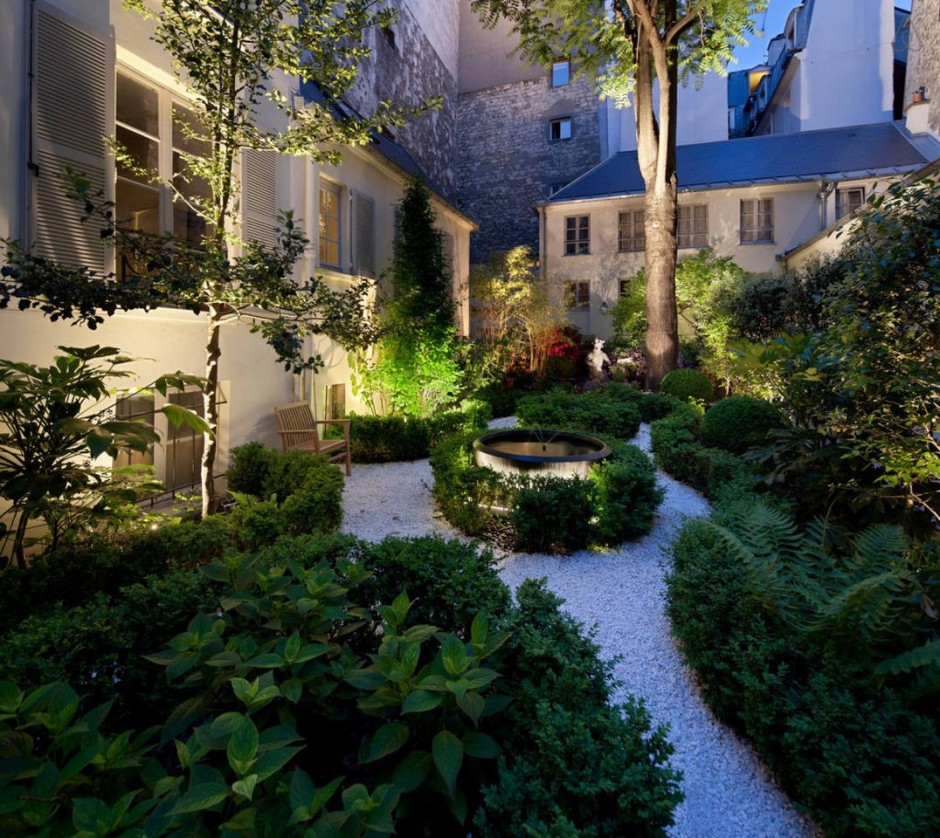 In Saint-Germain-des-Prés, near the Musee d’Orsay, the Louvre, and the Luxembourg Gardens, this apartment includes access to the lush garden on its grounds. For two people, the rent is $163 a night.
(See the listing) 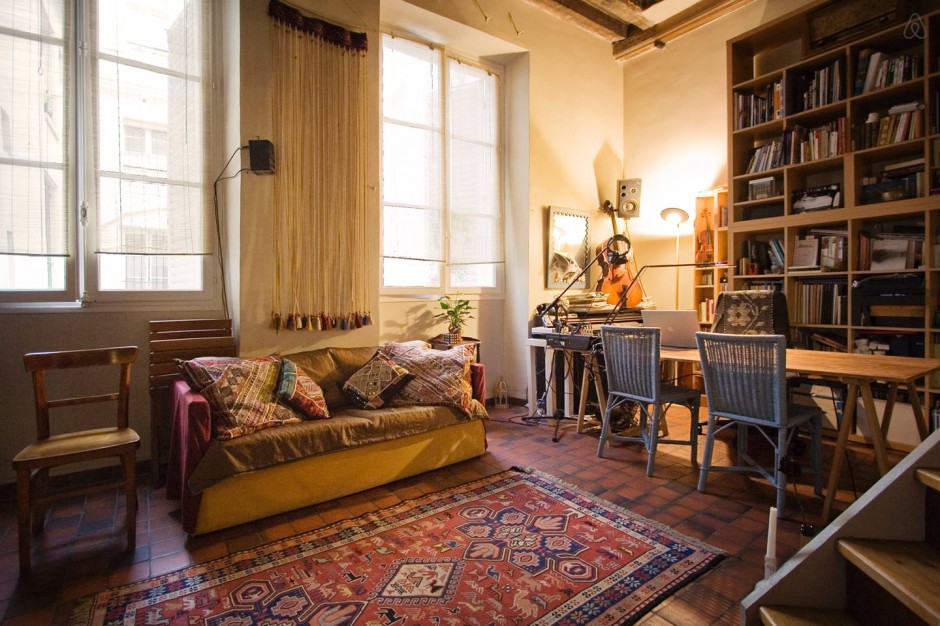 A Le Marais studio overlooking a courtyard, this apartment near the Picasso Museum costs around $162 a night.
(See the listing) 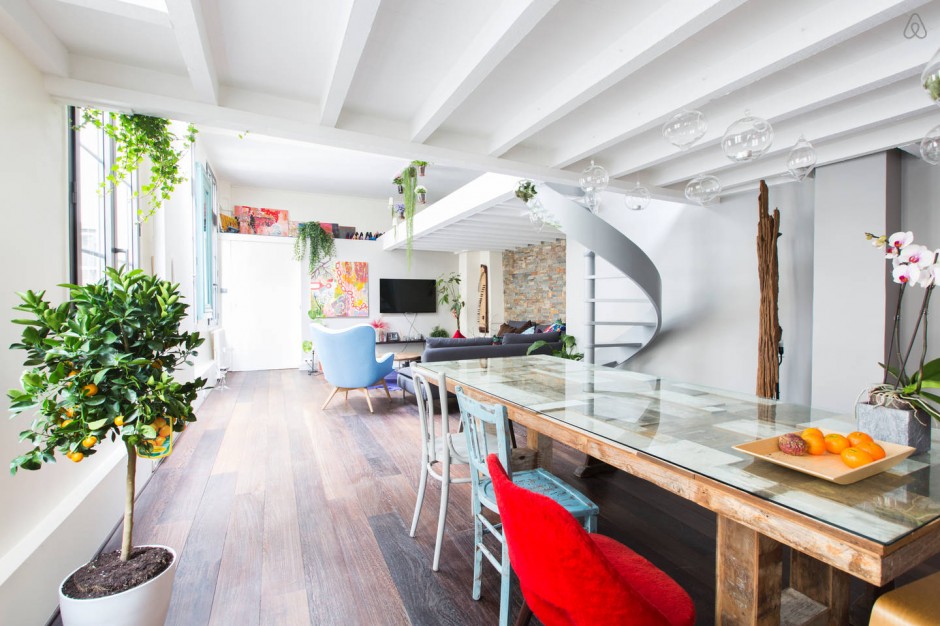 Renovated by the Airbnb host in 2014, this loft in Le Marais is adjacent to the Centre Pompidou. For $292 a night, it sleeps up to four people.
(See the listing)

Tagged
Galleries Trip Planning Where to Stay Paris, France
What did you think of this story?
Meh
Good
Awesome