France doesn’t lack fancy and unusual places to stay, from gorgeous Airbnbs to church-turned-hotels. But for travelers who want to take the uniqueness of their accommodations up a notch, France also has plenty of castles where they can spend the night in the lap of luxury. Castles are the perfect retreat from the less-than-glamorous aspect of everyday life and are sure to provide visitors with a memorable experience, whether through impeccable service, amazing amenities, or interiors worthy of the nobility. From Versailles to the Loire Valley, here are nine French castles where you can stay. 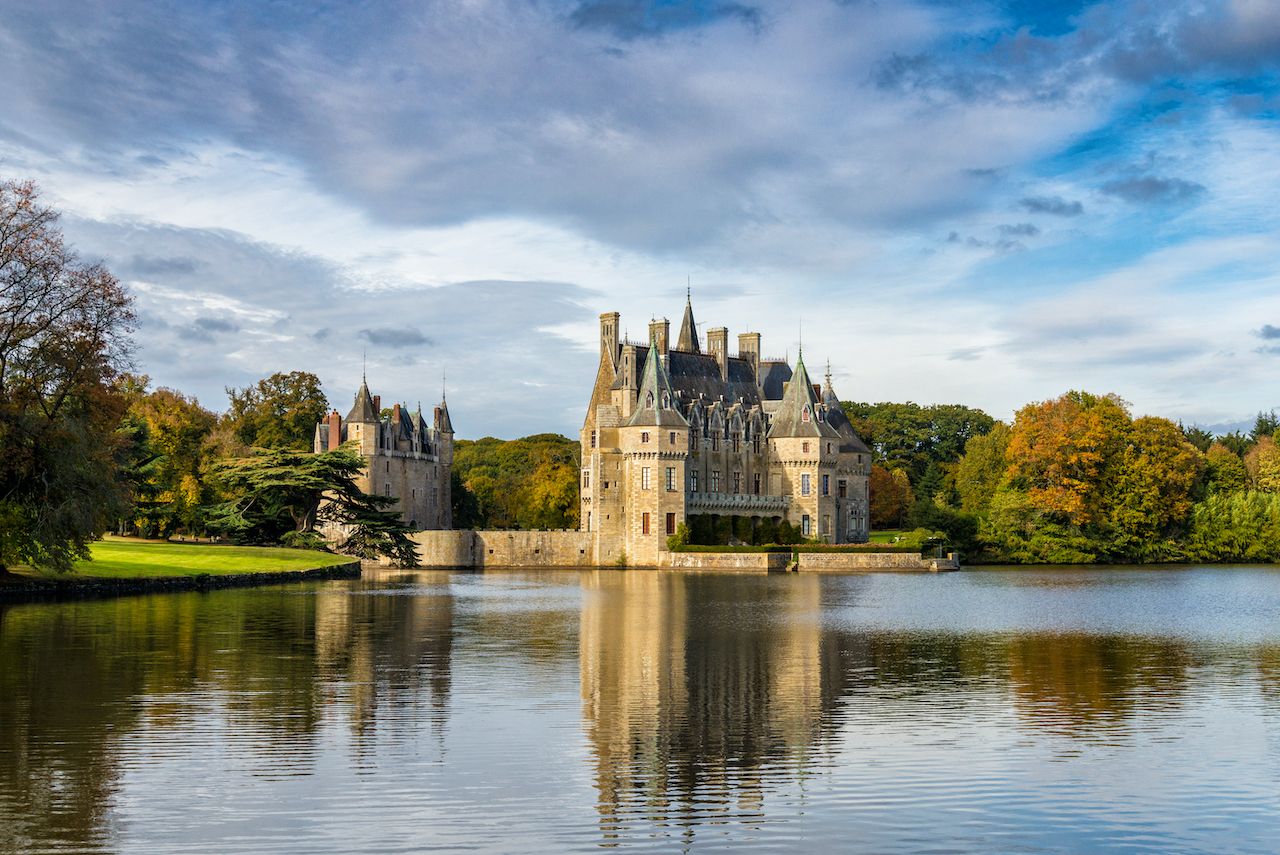 Located in the small town of Missillac in Brittany, the former 15th-century historic residence of the barons of the nearby town, La Roche-Bernard was exquisitely restored in 2005 and converted into this beautiful five-star hotel. The Château de la Bretesche is within the tranquil and immense Brière Natural Regional Park and has a golf course, tennis courts, and two swimming pools, offering stunning views and plenty of outdoor activities. The hotel bar occupies the former stables of the castle, making for a truly one-of-kind watering hole with preserved marble water troughs and historic decor. 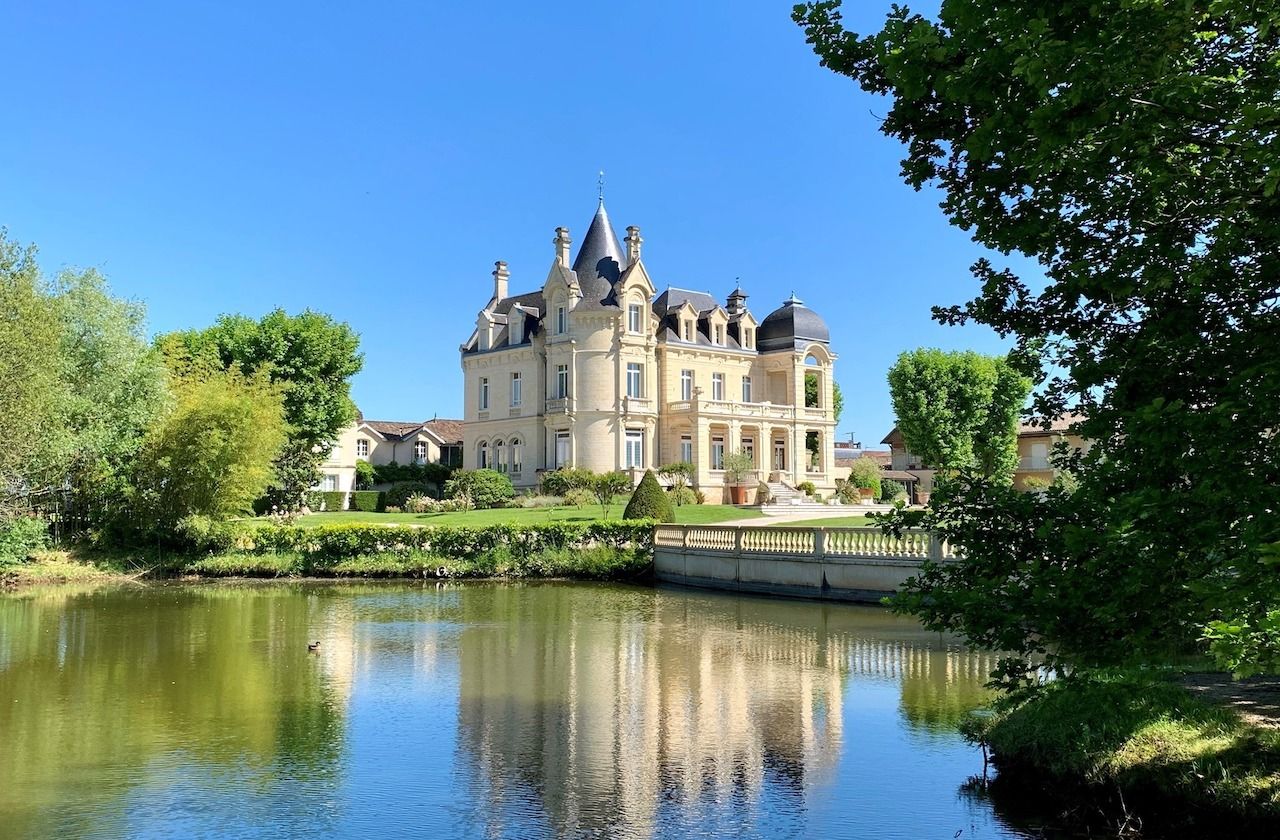 This French castle is set on a vineyard in the renowned Saint-Emilion wine region about one hour from Bordeaux. The five-star Château Grand Barrail is less than three miles from the town of Saint-Emilion, but its location on a three-acre park make it the perfect escape. The hotel has an outdoor swimming pool, a full-service spa (treatments include massages, facials, and body scrubs), a gourmet restaurant, and a patio overlooking its perfectly manicured lawn and vineyard, perfect for sampling the region’s famous wines. The castle’s turrets and domes stand tall above the trees, housing 46 luxurious guest rooms and suites that are a wonderful sanctuary after a long day of indulging in the gastronomy of this delicious region of France. 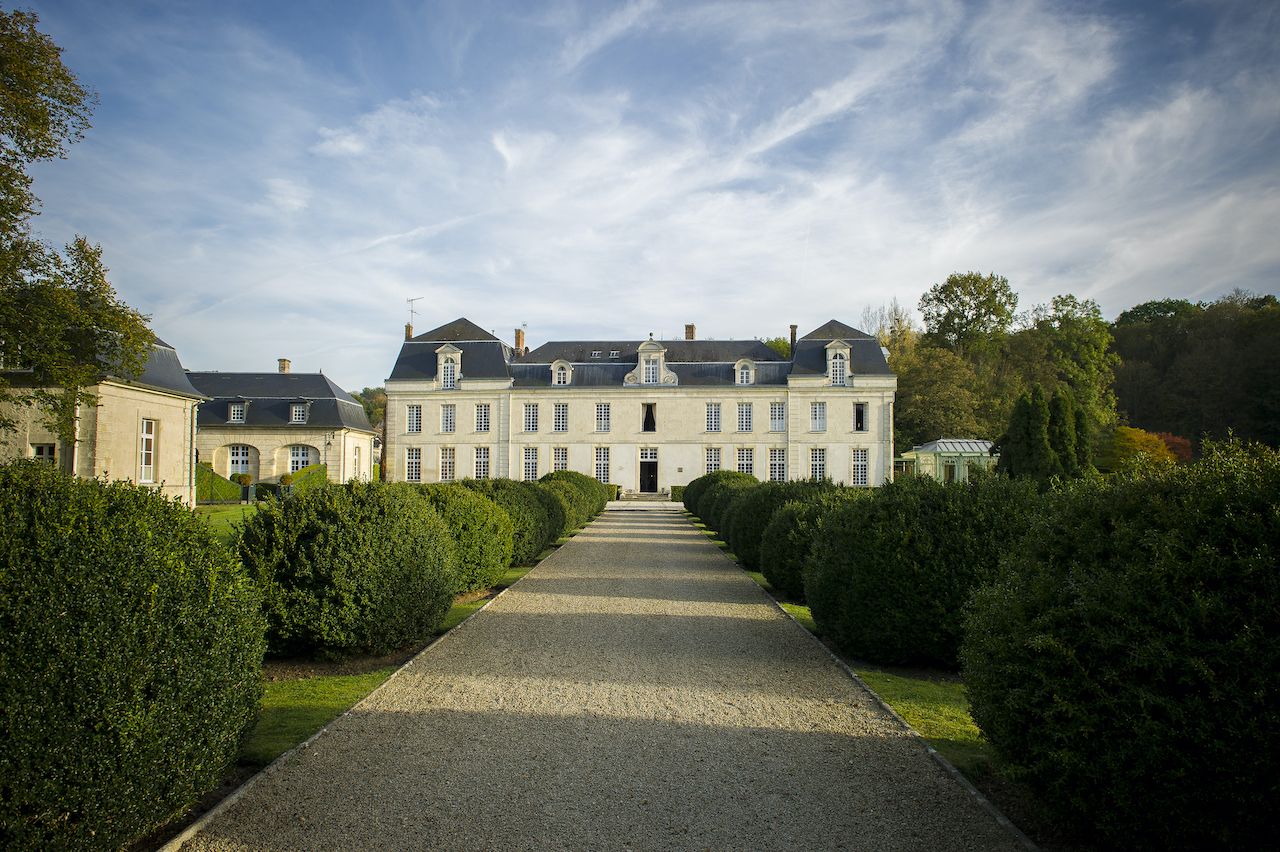 The Château de Courcelles is a four-star, family-run property in the Champagne region of France that opened in 1989. The seventeenth-century French castle only has 20 rooms and sits on a 60-acre French-style garden, full of hundred-year-old trees, rose gardens, meticulously cared-for lawns, a forest, and even a canal. The hotel will even pack you a picnic basket to enjoy on its expansive grounds for a fee of $75 per person. Inside, every room is tastefully decorated with sumptuous textiles and wallpapers in a different color scheme giving them all a unique ambiance. The cozy library is filled with antique furniture while the conservatory’s floral tile brings the gardens inside on cold days. 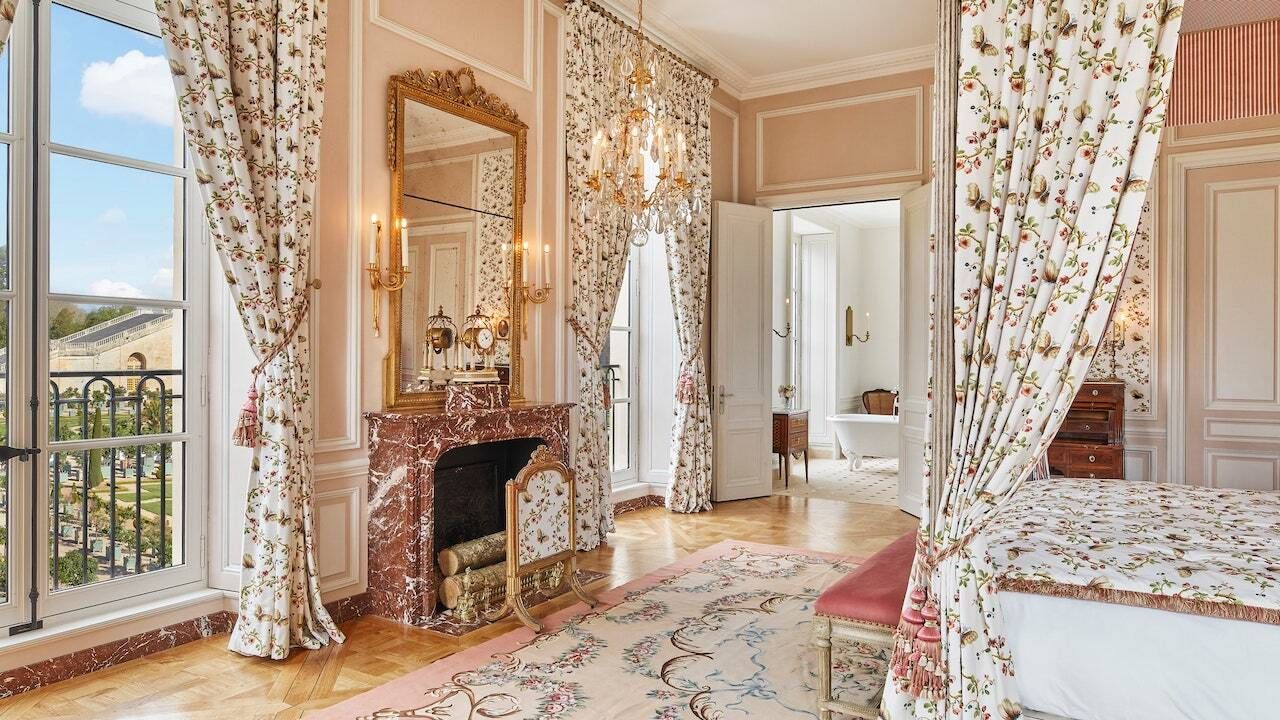 Channel your inner King Louis XVI or Marie Antoinette and sleep in the newly opened, and only, hotel on the grounds of Versailles. Le Grand Contrôle occupies an 1681 extension of the south wing of the palace that was restored to historical perfection. The decor of the 14-room hotel was inspired by Marie-Antionette’s tastes for her residence within Versailles, Le Petit Trianon — it favors pastel colors and floral motifs, is filled with original art and furniture, and exudes opulence from the moment you walk in. But not every aspect of this unique hotel is original; there is a spa, a pool, a gym, and a restaurant run by famous chef Alain Ducasse. There is no TV in any of the rooms, but each of them have unbeatable views of the Orangerie Gardens and the Lake of the Swiss Guards. The best part of staying in this French castle is that guests have after-hours special access to the Château de Versailles and its 2,000-acre garden thanks to exclusive tours. 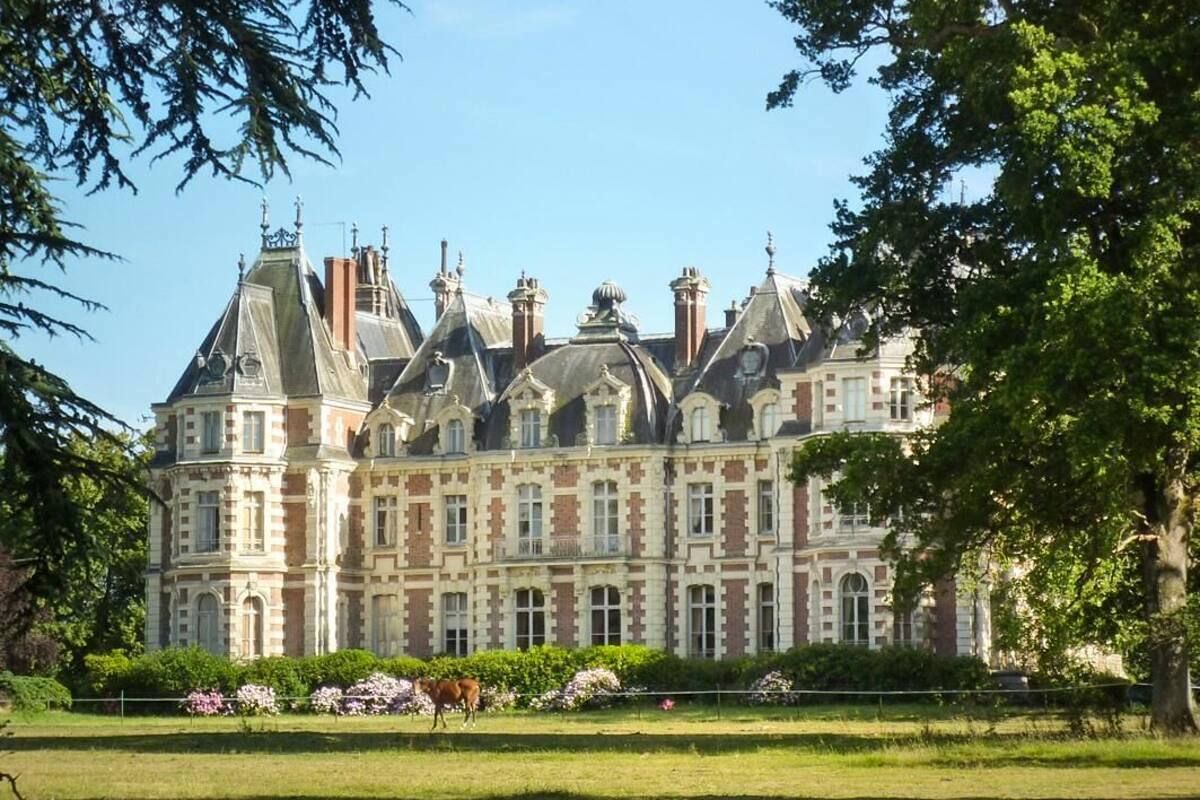 When it comes to French castles, the Loire Valley takes center stage and the Château Des Dynasties is located in the heart of the region. The 19th-century castle is on a 148-acre park, has nine bedrooms and seven bathrooms, and is the ideal space for you and 15 of your closest friends to experience the picturesque region. The castle’s owner lives on site and gives guests private tours of the property. The estate comprises an equestrian center so you explore the grounds on horseback or take riding lessons. 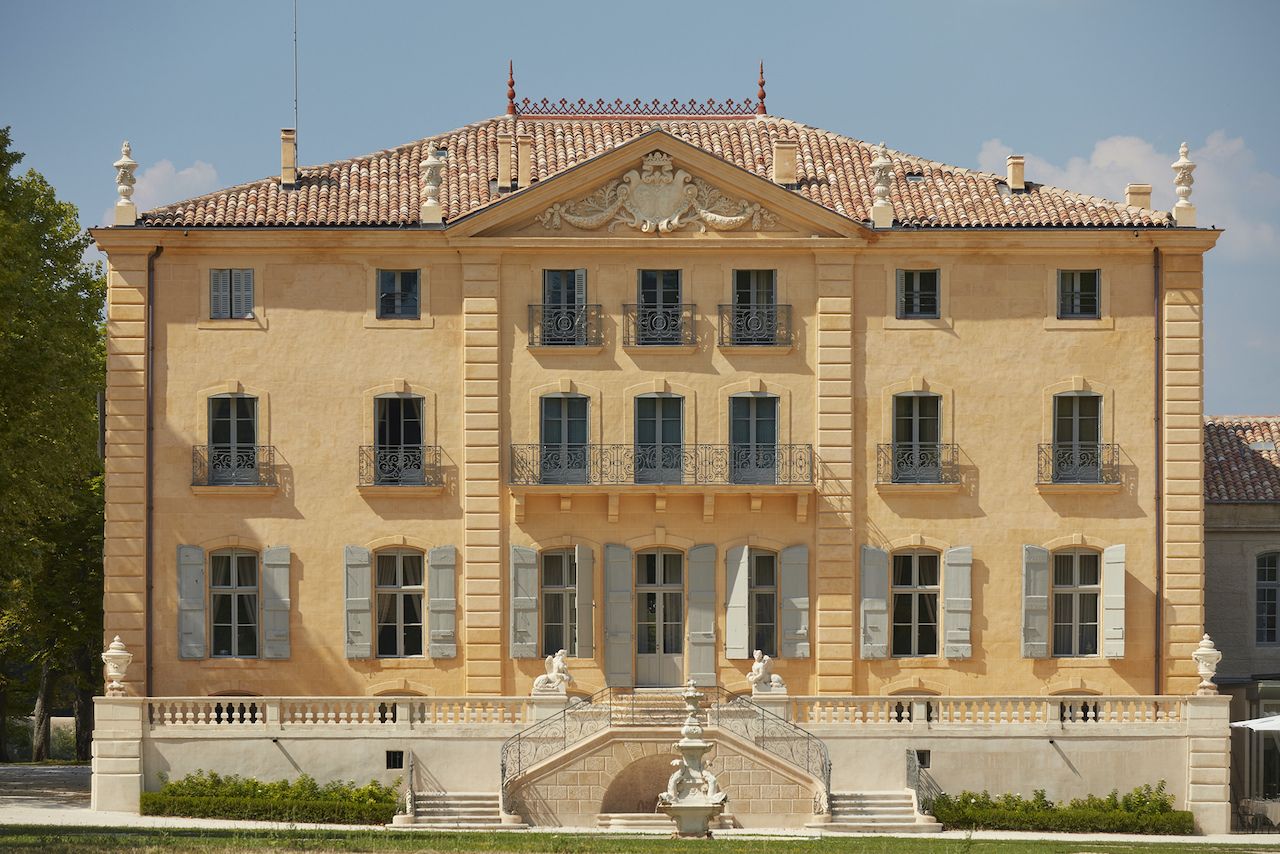 Enjoy the Provencal sunshine from the Château de Fonscolombe, located in the small town of Le Puy-Sainte-Réparade, just 20 minutes from Aix-en-Provence. The 18th-century former family home has been expertly restored down to the ornate wallpaper and extravagant chandeliers. Each of the 50 rooms in this French castle is completely unique and elegantly decorated. The castle sits on sprawling land featuring a swimming pool, a chapel, and even a working vineyard. 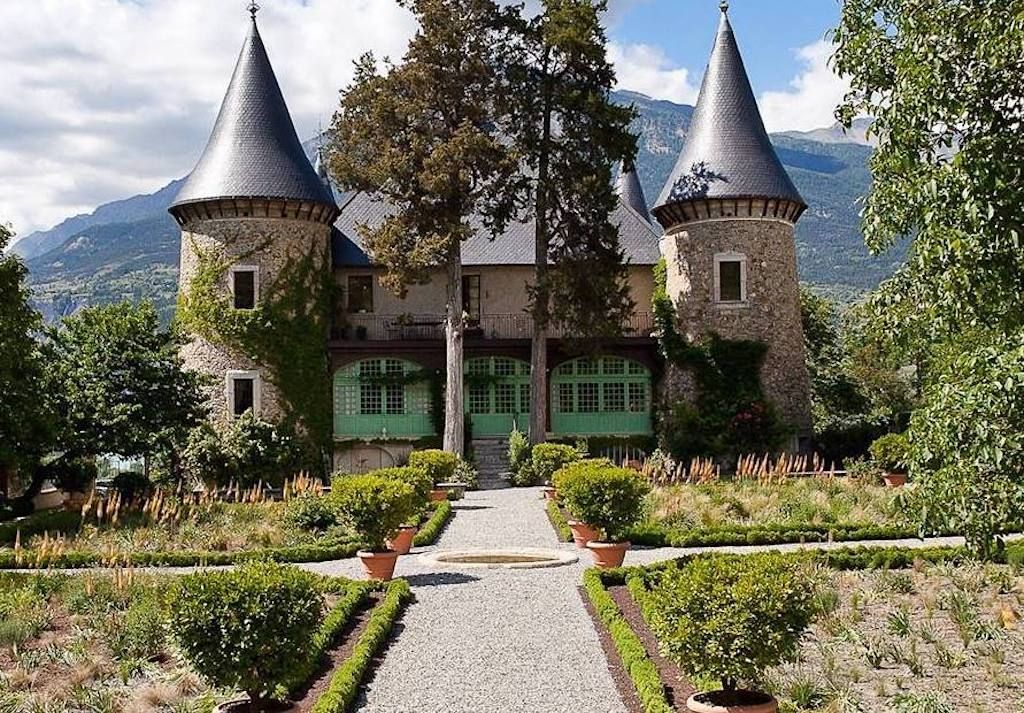 This medieval French castle, located in the Hautes-Alpes region, feels like it is out of a fairy tale. The restored structure is now a bed and breakfast with nine guest rooms, each uniquely themed and decorated to reflect the deep history of the Château. The Louis XVI suite reflects the opulence of King Louis and highlights 18th-century decor while the more rustic Montagnette suite offers mountain views and a wood-beamed ceiling. Château de Picomtal is located near the Ecrins National Park and the medieval village of Crots. The alpine setting is the perfect backdrop for a local hike, but if you want to stay on site, try one of the cooking workshops offered by the castle, highlighting local ingredients. 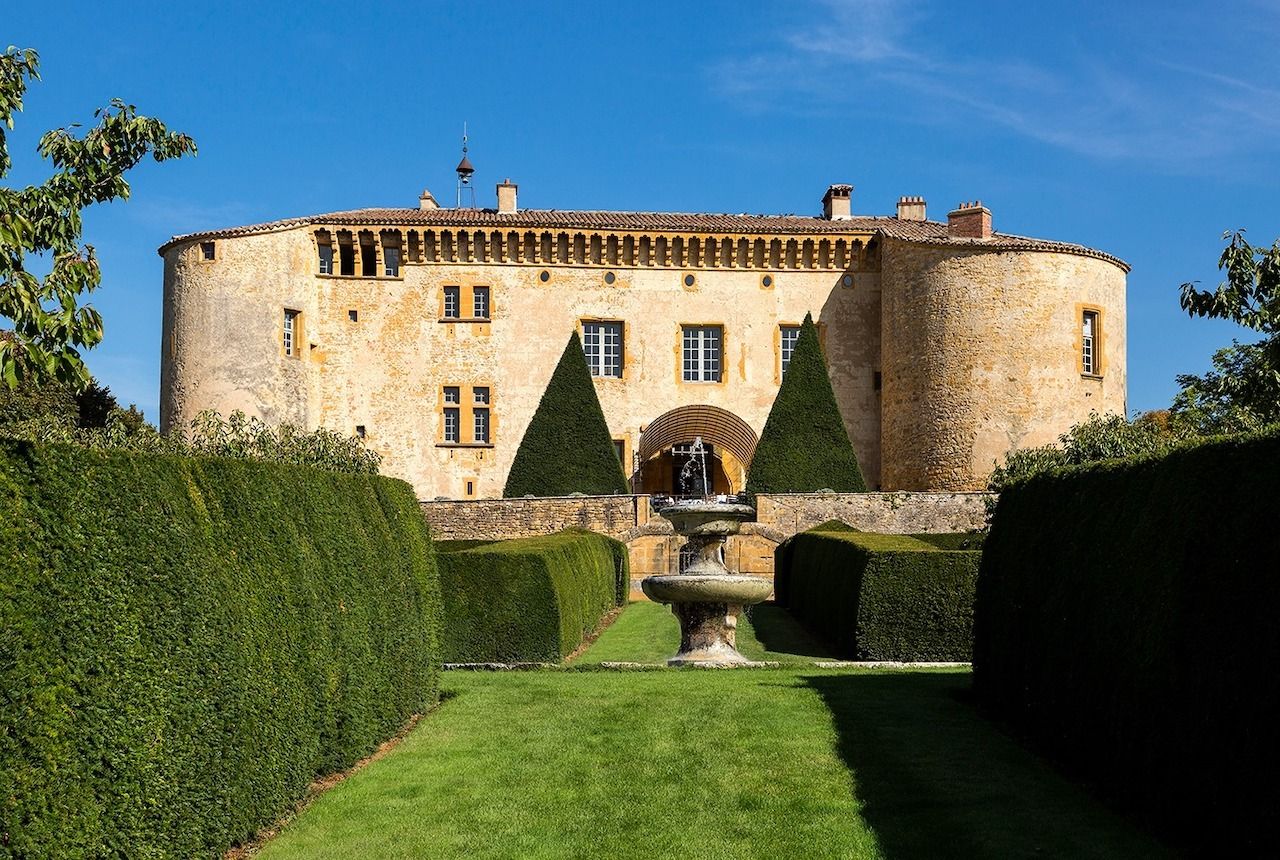 The Château de Bagnols is everything you expect from a medieval French castle. It has a moat, drawbridge, and endless views of the rolling vineyards of Beaujolais. This five-star hotel has three types of rooms to choose from: the ones in the cellar have a modern aesthetic, the ones in the castle all have period furnishing and decors, and the ones with views of the gardens are classic and timeless. Whichever you choose, luxury extends well beyond the guest rooms, with a gourmet restaurant on site and a full-service spa offering custom massages and facial treatments, and two pools (one indoor and one outdoors) for relaxation and fitness. 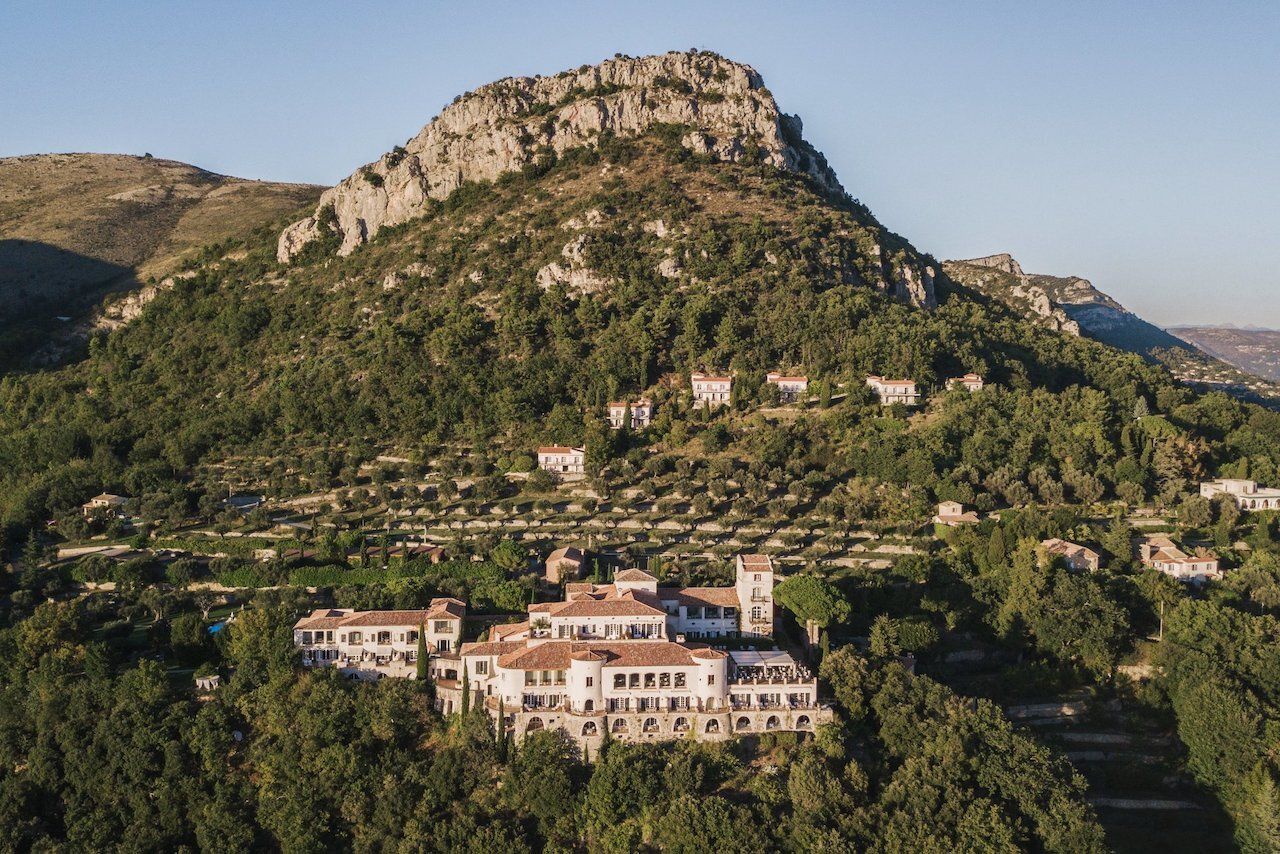 Perched atop a hill in Provence, just outside the beautiful town of Vence, Château Saint-Martin is surrounded by olive trees and has views of the Mediterranean sea. It perfectly balances the charm and comfort of Provence with the glitz and glamour of the French Riviera. The decor is elegant, yet casual, featuring soft hues and simple furniture, allowing the exceptional views to be the focal point of the 34-acre property. The Château also has tennis courts, a swimming pool, an underground wine cellar, and a Michelin-starred restaurant, Le-Saint-Martin, with a terrace overlooking the sea.