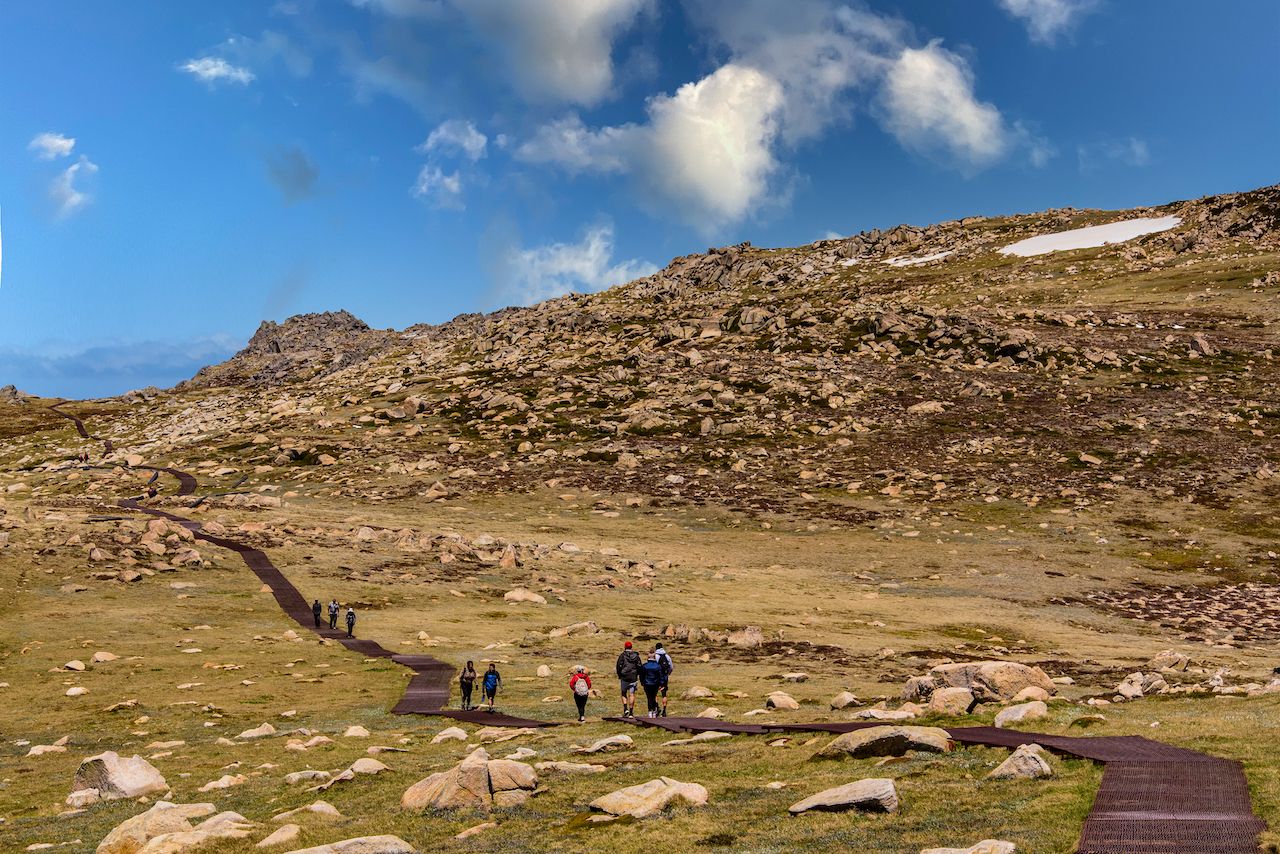 Standing at 7,309 ft (2228 m), Mount Kosciuszko is Australia’s highest mountain and it makes for a refreshing-but-serious climb from the sweltering heat of the Australian summer. In the old days, prior to 1974, slackers could drive most of the way to the top. Today, around 30,000 people trek to the summit each year. Guided tours are available from Thredbo. 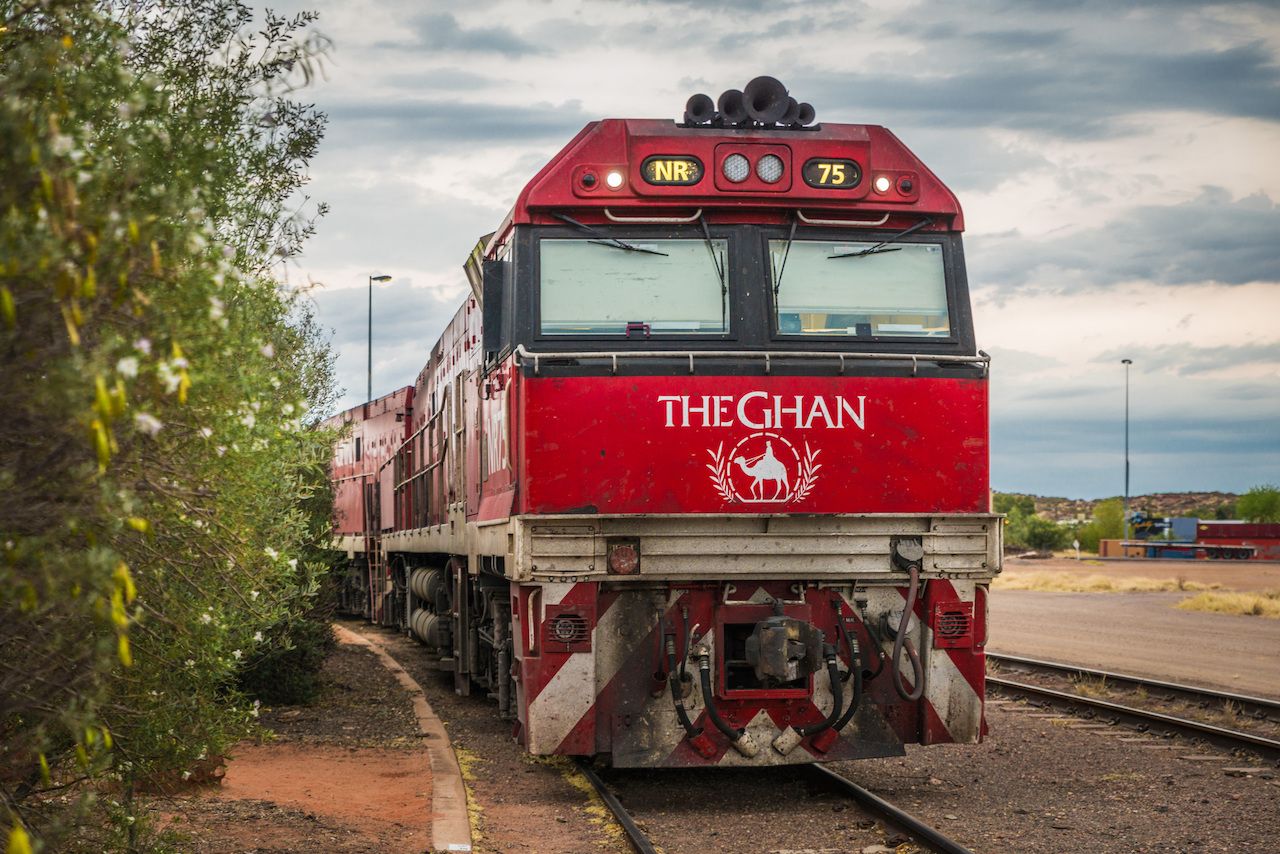 Slink northward through the 1,851 miles (2,979 km) from Adelaide to Alice Springs in the ‘Red Centre’ and then onwards to Darwin in the ‘Top End.’ Passengers are treated to the evocative Australian landscape from the comfort of this legendary train –whose name is derived from the Afghan camels which trod the route in the early days. 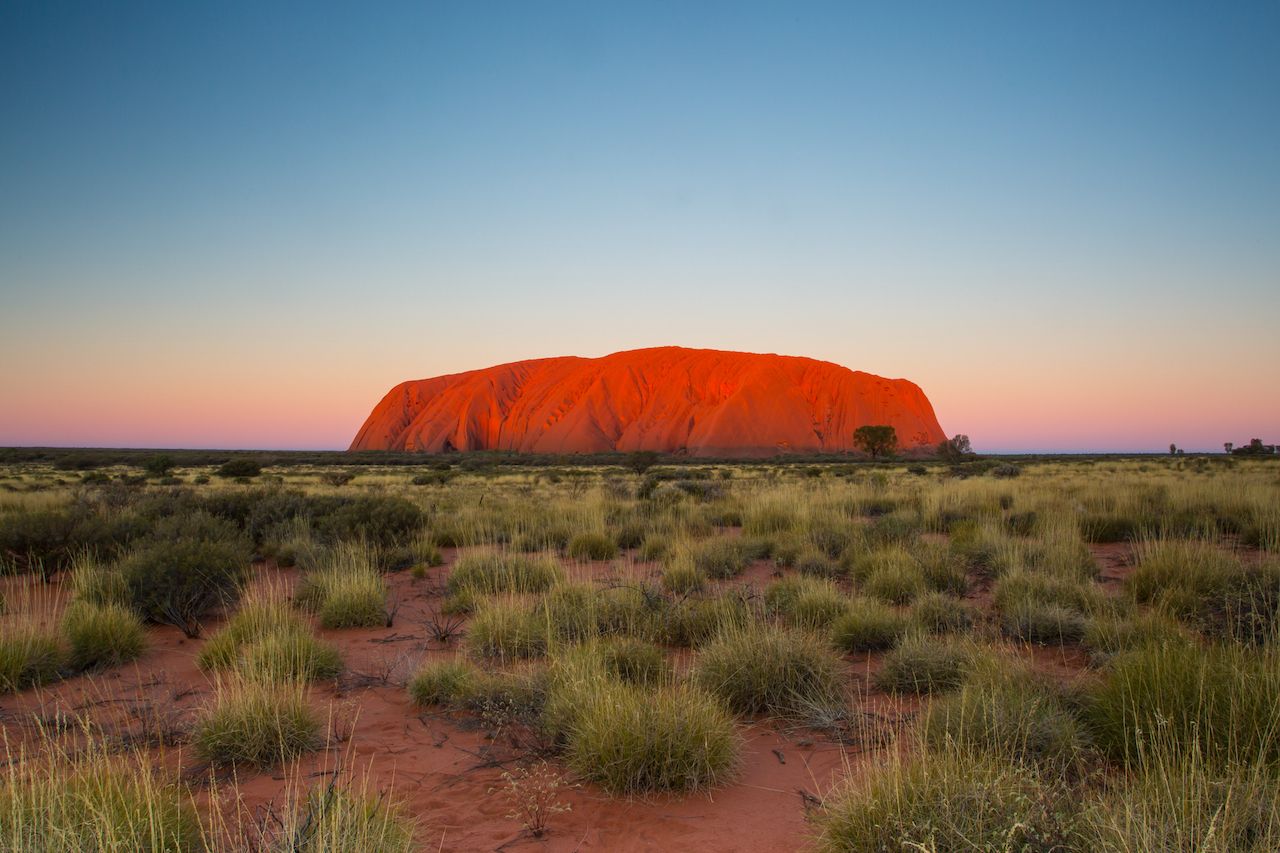 Also known as “Ayers Rock”, this famous sandstone rock is plunked right in Australia’s Red Centre. The enormous rock formation and the whole area are designated as a World Heritage Area and take about 2 – 3 hours to circumnavigate. The local Aboriginal people prefer you don’t climb the mountain, but of course many people still do. Just make sure you wake up early enough to take in the spectacular site of sunrise over Uluru.

12. Trek and Tour The Kimberley 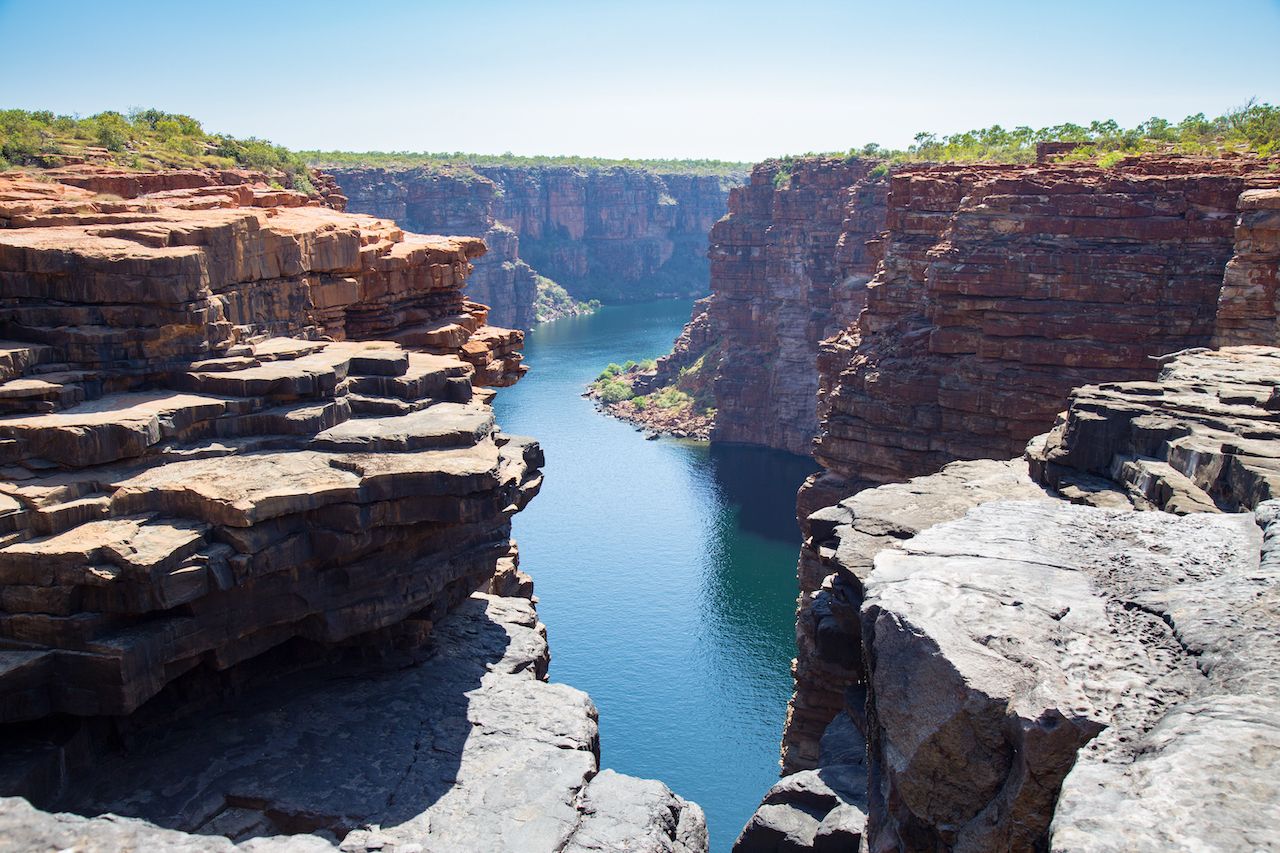 Rugged, forbidding, full of snakes and much larger in size than the entire United Kingdom, the Kimberley region of Australia is amazing wilderness. The wet season is largely impassable thanks to the tropical torrents. The dry season, from April to September, can be intensely hot during the day, but the heat is preferable to the rain. Visitors can take tours around the Bungle Bungles, Geike Gorge, Fitzroy Crossing, Mitchell Falls and many more places of interest.

13. Pet the Wild Crocodiles in Kakadu 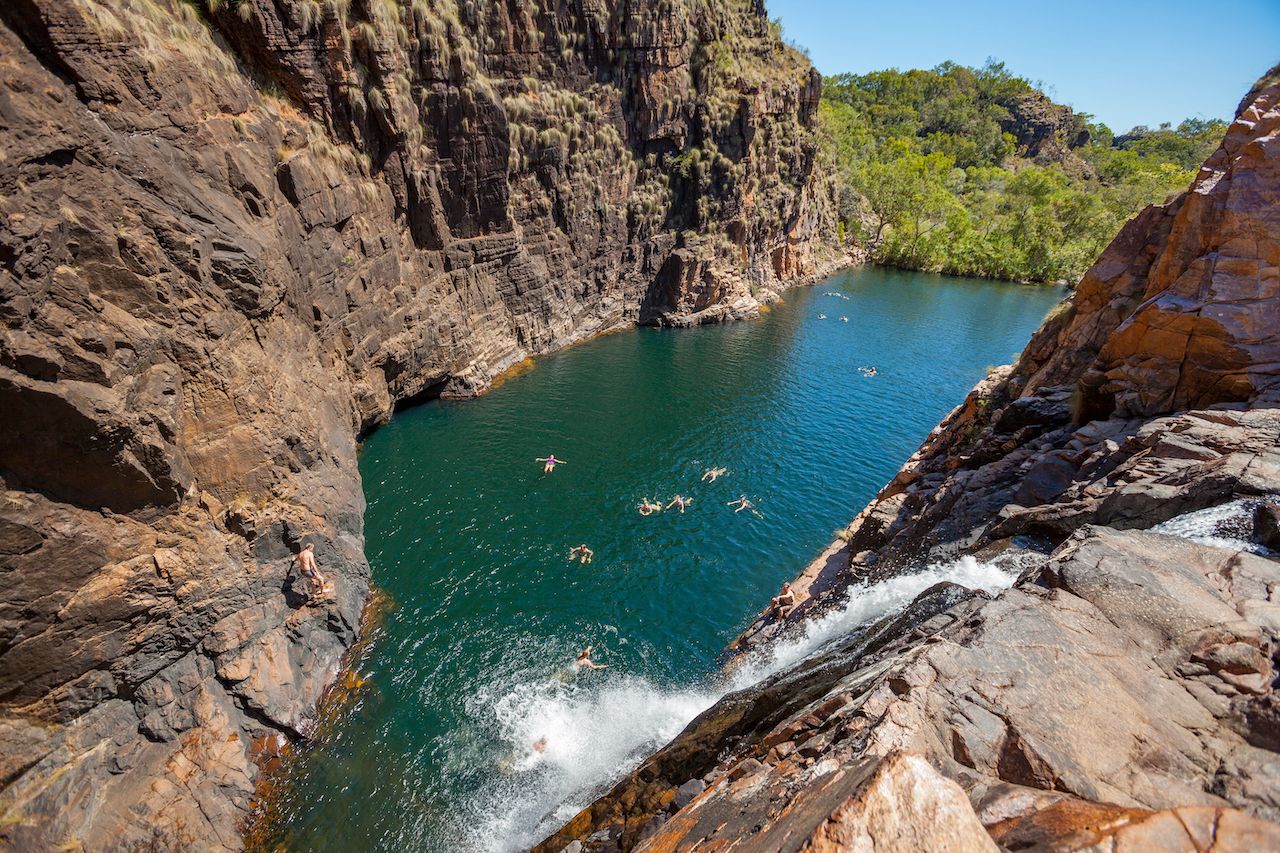 More of Australia’s remote Top End is waiting to be explored. This is the other face of Australia, about as far away from the usual Aussie urban life as you can get. Traverse this wondrous landscape escorted by Mick Dundee-esque tour guides and the traditional Aboriginal mob you’ll be sure to spot plenty of crocodiles and snakes, traditional rock art and breath-taking vistas.

14. Swim With Dolphins at Monkey Mia 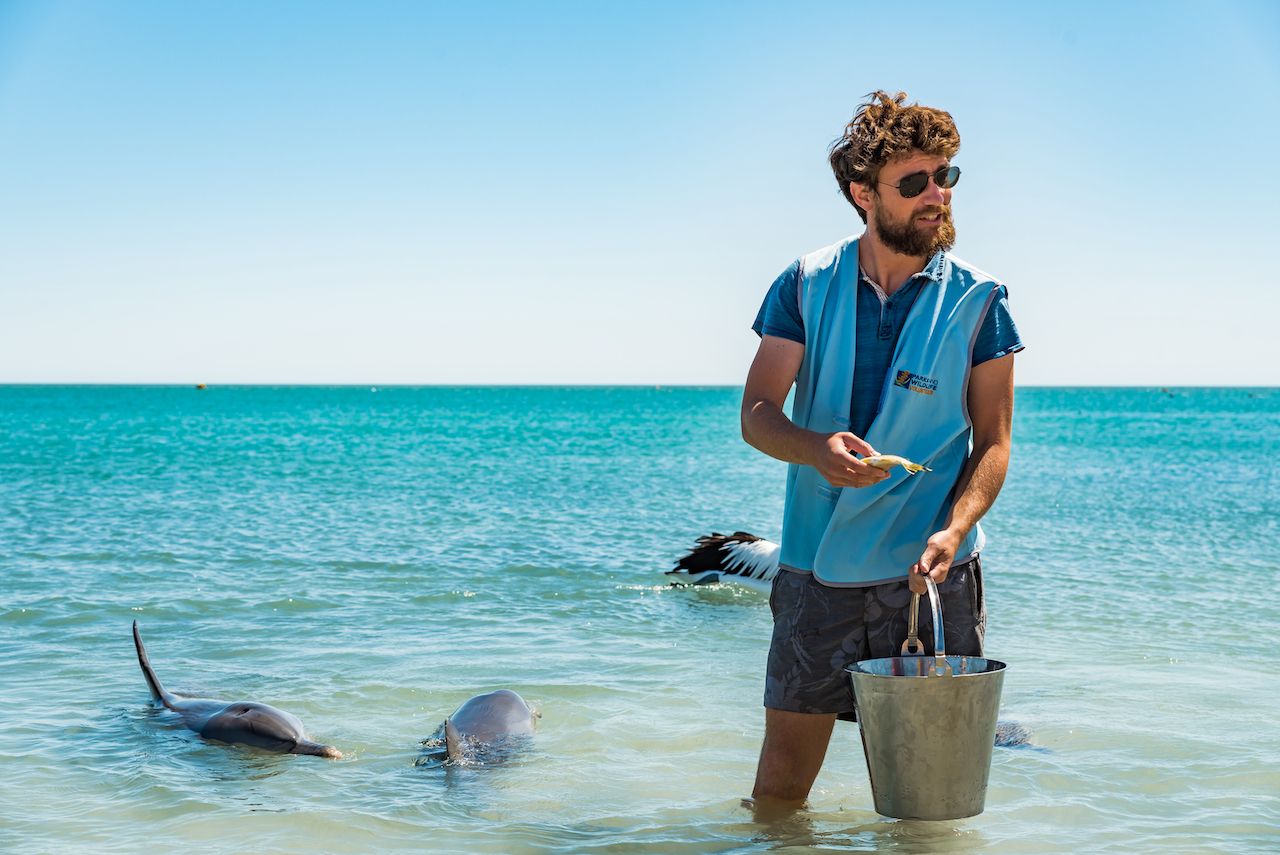 Monkey Mia is a small West Australian town, one day’s drive from Perth, with good roads all the way. Despite the name, there are no monkeys at Monkey Mia but you’ll be delighted to swim and frolic with wild, bottle-nosed dolphins when you visit the town’s tranquil shallow beach. Just turn up to the beach between 8am and 1pm, sit around, relax and wait for the friendly visitors to show up — and dolphins do turn up almost everyday. 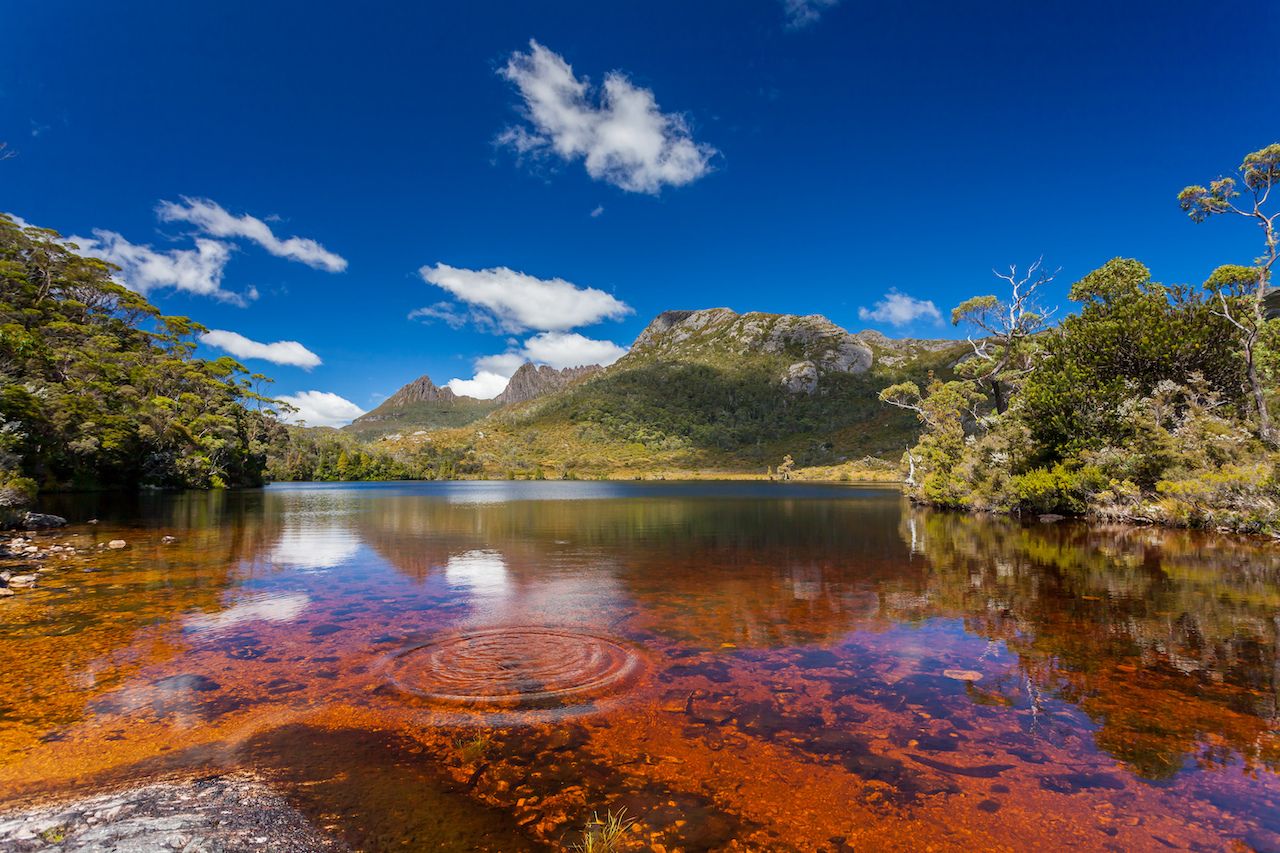 The World Heritage listed Cradle Mountain is ideal for a short escape, bushwalking by day and holed up in a wooden cabin by night. It can be freezing and is blanketed by a good fall of snow in the winter months, yet the peak is sunny and as warm as 30c in the summer. Cradle Mountain has some of Australia’s most stunning scenery and the iconic national park teams with native wildlife such as Tasmanian Devils, wallabies, wombats, brush tail possums and currawongs.

Prev Page
Tagged
Trip Planning Australia
What did you think of this story?
Meh
Good
Awesome

Watch: On Christmas Island, Coconut Crabs Pinch Hard Enough To Snap a Golf Club in Half