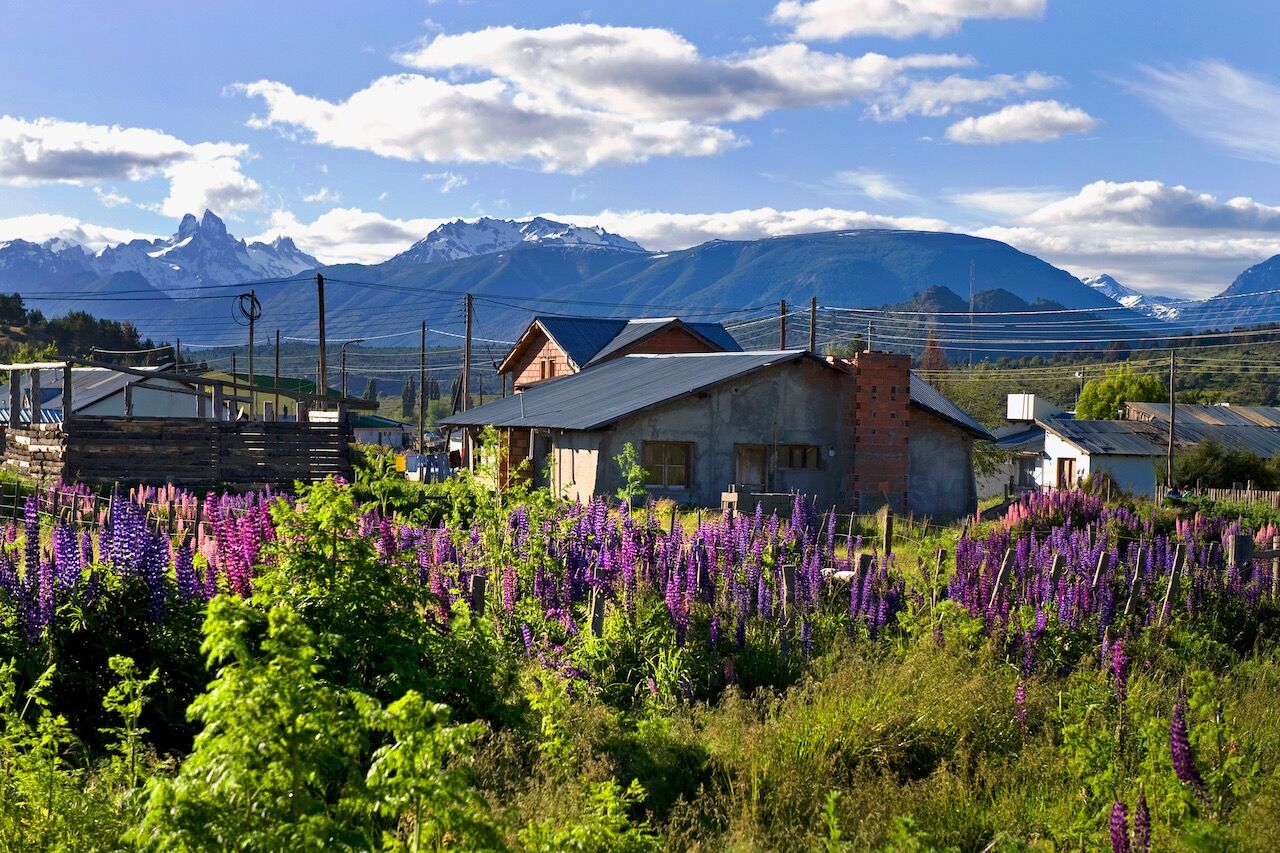 In a quick decision, I jumped off my El Bolsón-bound bus during a 5-minute rest break.

Over the past five days, I’d taken advantage of the hop-on-hop-off bus to explore Parque Nacional Los Alerces and places between Esquel and Bolsón like Lago Verde and Bahía Rosales, but nobody had mentioned Cholila.

With only a few pesos in my pocket, I was happy to discover that most of the town’s highlights are completely free.

Although there was neither a thoroughbred horse nor rifle in sight, my active imagination pulled me back to the early 1900s the moment I walked onto an abandoned farm outside Cholila. I felt like an outlaw.

After all, I was standing outside the former home of bank robber Robert Leroy Parker, better known as Butch Cassidy.

Like some modern-day travelers, Cassidy longed to quit his nomadic ways and settle down. After being chased out of the U.S. in 1901, he realized his dream — albeit temporarily — in Cholila. He staked claim to 15,000 acres of land and built a four-room log cabin along the banks of the Río Blanco.

By 1905, Cassidy was back to his criminal ways, but his log cabin remains just 8km outside town. The site is on private land, but visitors are welcome to tour the grounds and check out the historic building.

A second attraction is the Fiesta Nacional del Asado, held for three days at the first weekend of February. Originally slated as a provincial festival, it went national in 2010. More than 560 asados, including some 200 goats and 100 sheep, are grilled up during the fiesta.

More than just meat, the festival has Argentinean gauchos competing in events like rodeo, hatchet throwing, and horse racing.

While many of Argentina’s non-national park campgrounds are full of horse dung and garbage, the free Camping Municipal in Cholila is surprisingly clean.

Bathroom facilities are basic and refreshing. The moment my head hit the cold showers in the morning it became obvious I wouldn’t need my daily cup of joe.

A number of companies run a multiday hop-on-hop-off bus between Esquel and El Bolsón, which include an optional stop in Cholila. Tickets cost $15USD and remain valid for two weeks. 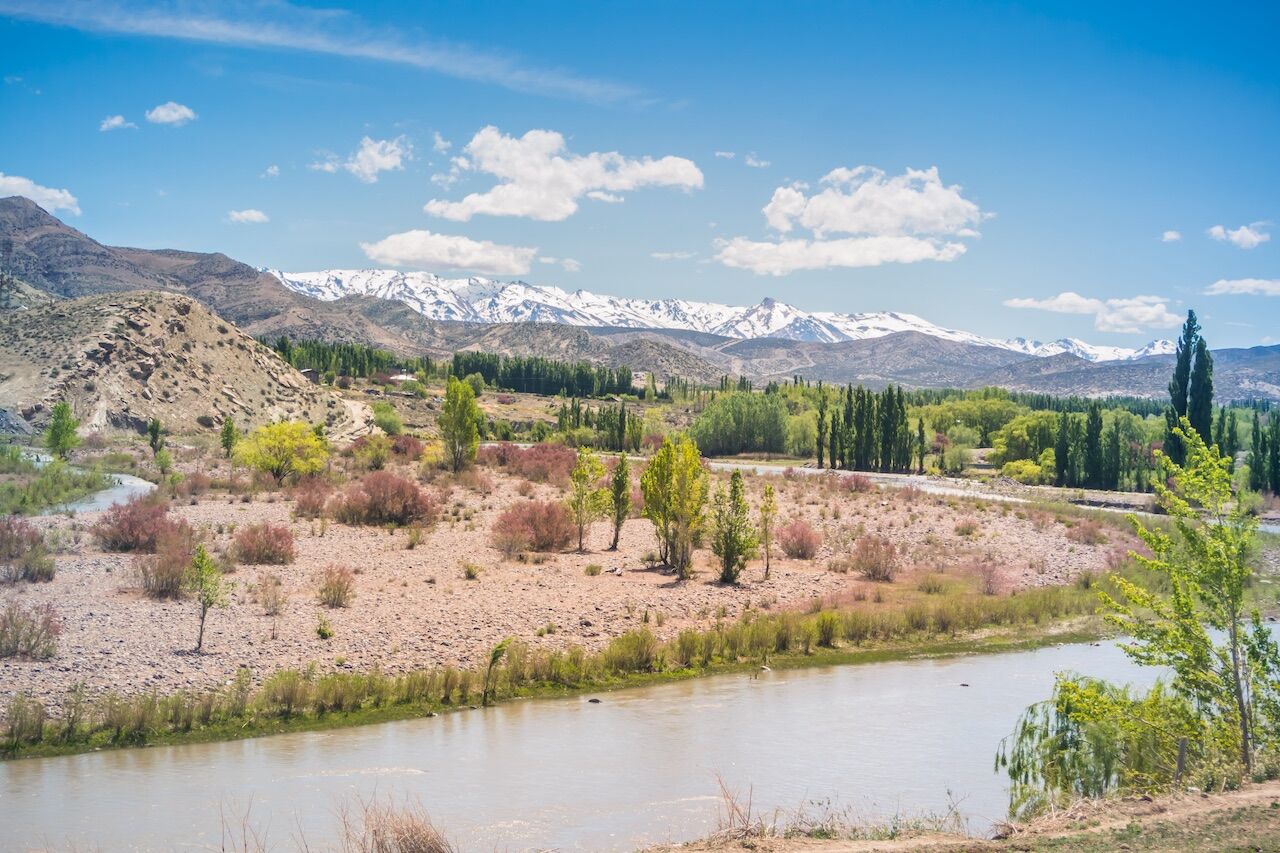 Goats, hundreds of goats, delayed our arrival into Neuquén’s historical capital, Chos Malal. We’d survived both the winds and brutal 40°C heat that transform the steppe into desert, but there was nothing we could do about the goats.

Only one bridge spans the Río Neuquén, and local gauchos regularly herd hundreds of chivos through the police checkpoint, down the highway, and across the bridge. In this remote corner of Patagonia, livestock supersede motorized transport.

Located 45km north of the city, Cerro Wayle is solid for outdoor activities.

In the winter, a small ski area gives beginners a test and provides backcountry access to the more experienced. In summer, the zone fills with hikers hoping to summit either Volcán Tromen or Volcán Domuyo, the latter being the highest peak in Patagonia.

Chos Malal, at the confluence of the Río Neuquén and Río Curi Leuvu, is also a big fishing destination. Its high altitude provides the cooler waters needed to maintain a healthy trout population in both rivers, plus the nearby Lagunas de Epu Lauquen.

Just remember to buy a fishing license at a fly shop in town.

Although slightly more expensive than the typical backpacker budget allows for, Hostería Don Costa (~$20USD/double) is a log-built hotel with an attached parrilla restaurant and ice cream shop, along with clean rooms. 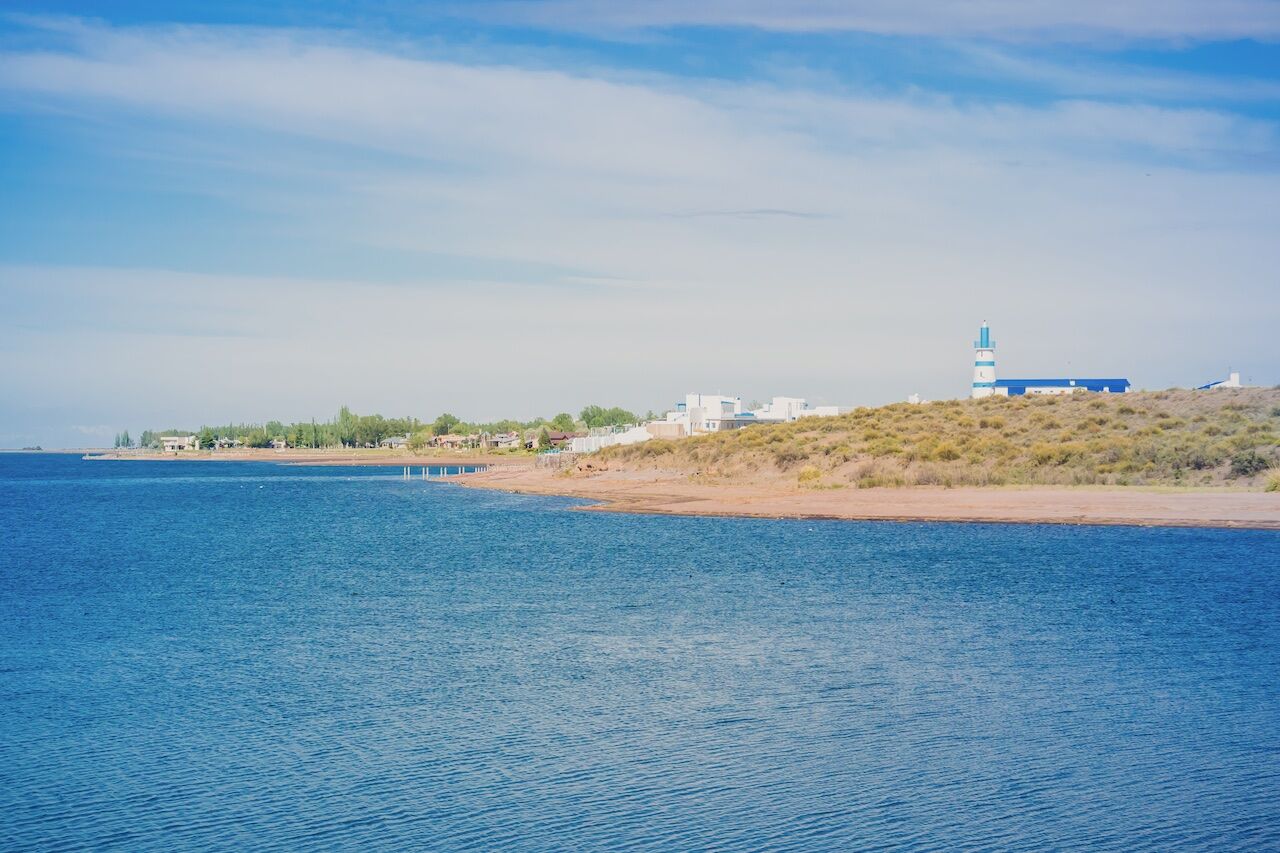 My arrival in El Nihuil can be described with a single word: confusion.

In the heart of Mendoza, a province known for arid terrain, the High Andes, and endless vineyards, I stood staring at water. The immense lake stretched to the horizon, broken only by the occasional presence of a sail.

The strange combination of green waters and volcanic formations is overshadowed by the sheer height of the canyon walls in the Cañón del Atuel. Regular bus tours take passengers down the narrow switchbacks into the canyon and stop at the main viewpoints.

I opted for a more interactive alternative: cycling. The 46km descent from El Nihuil to Valle Grande left my brake fingers aching and my legs fresh. Unfortunately, the punishing return ride would reverse that fortune.

Then there are the massive black sand dunes, located only 5km south of town, that attracted the Dakar rally in 2010. Several local companies offer ATV rentals for those looking to trace the now-famous route.

If nothing else, make sure to enjoy the lake. The hydroelectric reservoir formed by the power station dam is the largest lake in Mendoza. Fishing, windsurfing, and water skiing in the warm(ish) waters is easy to arrange.

Travelers Are Sharing the Worst Tourist Traps They’ve Experienced Around the World
Italy’s Lake Garda Is a Serene and Less Expensive Alternative To Lake Como (and Looks Like Heaven on Earth)
Canada’s Red Mountain Is Crowd-Funded, Quirky, and Really, Really Big
Take a Spine-Tingling Trip Around Stephen King’s Maine

10 Tips for Renting a Car in Argentina

Volunteering in Patagonia: It's All About Land

16 Reasons To Travel Patagonia by Bike

Essential Gear for Your Patagonia Trip

20 Epic Wine Regions To Visit Before You Die

Bikes and Wine in Mendoza, Argentina