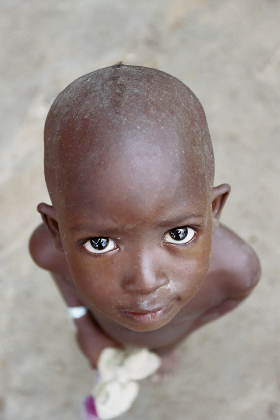 LAST FALL, I WAS traveling in Mali, a land-locked nation in West Africa. A few weeks into my time there, I took a 20-hour ferry from Mopti, a busy port on the Inner Niger Delta, in the middle of the country, to Niafunke in the northern region of Timbuktu.

I was on a music collecting mission, in search of a style called Sonrai that’s difficult to find outside Timbuktu and the villages of the north.

Travel in Mali and West Africa is not always easy or straightforward. The climate is intense, there’s some nasty microbial life that can take up residence in your gut, and malaria remains endemic in the region. Transportation is typically chaotic and uncomfortable, and power and water cuts aren’t unusual.

But that one ferry ride summed up all the reasons why I love traveling in Mali. I’ve only been home for three months, but I’ve already booked a ticket to go back. Here’s why:

It’s the middle of the day when I board the BT N Segou, an overcrowded pinasse that ferries people and cargo to and from Timbuktu.

There are blankets spread out on the top deck. I sit down next to a Fulani family and greet them in Bambara. They smile, return the greeting, and continue on with phrases and vocabulary I’m unfamiliar with.

My confusion is evident, and they switch to French: vien à manger. Come and eat. This elegant three-word invitation is widely heard in Mali and throughout West Africa, regardless of how much food is available, regardless of whether you’re a stranger or a friend.

We take turns fanning each other while we eat, and joke with a Nigerian merchant who’s halfway to filling the upper deck with boxes of knock-off Barcelona jerseys. 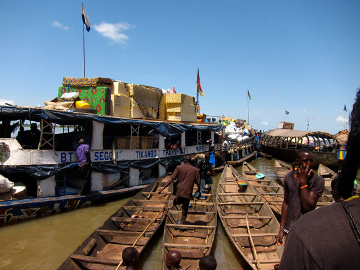 By the time I arrive in Niafunke, I know how to say “come and eat” in Bambara, Sonrai, and Fula. This hospitality is nothing exceptional in Mali; it’s standard practice.

Tigadègè is the Bambara word for sauce arachide (peanut sauce). It’s Tigadègè that I eat with the Fulani family.

Spiced with chilies, the heat of the sauce is tempered by the sweetness of peanut butter. It’s cooked with tender pieces of lamb and served over rice.

I’ve eaten peanut-based dishes throughout Southeast Asia, but Tigadègè has a greater depth of flavor. As I savor each bite, I wonder how it can be that so few people know about this dish?

In the evening, everyone discloses their last name and the insults start to fly.

In French this is referred to as cousinage. The Bambara word translates roughly to “joking cousins.” Consider it the national icebreaker of Mali.

When a person meets someone with a different family name, they insult them. For example, a Keita might tell a Coulibaly “i bay sho dumu” (“you eat beans”). I find this insult hilarious. Everyone in Mali eats beans, but they deny it publicly.

I had assumed the name Soumare, a popular family name in the north, thinking it would make me less of a target (most of the passengers were from Northern Mali). On the contrary, I’m called a rice farmer, and more than one person tells me I drink donkey piss.

The insults are not malicious and they always end with both parties laughing and thanking each other. Possibly related fact: Mali has never seen a civil war. 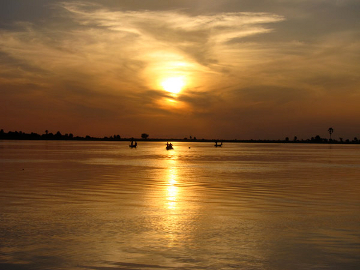 Floating down the Niger River some 200km south of Timbuktu. The sun is down and the moon is hiding. The Milky Way cuts a large swath through the Sahelian night sky, and I feel like I’m wearing 3D glasses.

Formerly only a myth in my mind, I see the constellation known as Orion’s Belt for the first time. I now understand why the nearby Dogon are considered expert astronomers — it’d be hard not to know the stars intimately if this was your view.

It’s close to three in the morning. My back is curled around a wall of jerry cans and my legs mingle with a stack of metal bowls. It’s difficult to sleep.

Next to me, Boubacar, a villager from Niafunke, is also awake. He’s playing songs from his cellphone. The songs are mostly unrecognizable to me — Sonrai music I have yet to discover. Then he plays a song from Ali Farka Toure, the world renowned guitarist and godfather of Niafunke.

50km from my destination, in the middle of the night on the Niger River, Ali Farka and Toumani Diabate, Mali’s most esteemed Kora player, take their time with “Hawa Dolo,” a beautiful slow-burning Dogon song transcendent in its patience.

Limbs numb, eyes bloodshot, and a huge smile on my face as I listen to some of the most powerful music ever created.

South of Mali, closer to the coast, there are Three Little-Known Beach Getaways in Western Africa.

Tagged
Trip Planning Mali
What did you think of this story?
Meh
Good
Awesome

What exactly is going on in Mali?