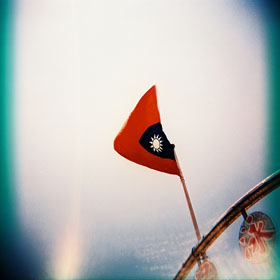 I grew up thinking of Taiwan as a sovereign nation not unlike Japan or France. As it turned out, not everyone sees it that way.

The People’s Republic of China, its neighbor across the Taiwan Strait, regards the democratic island as a renegade province unwilling to reconcile with the motherland.

When China became a member of the United Nations and the International Olympic Committee after decades of absence from international engagement, Taiwan (which previously had been representing China) was expelled from both bodies. As a result, Taiwanese athletes compete at the Olympics and other international sporting events as part of a delegation called “Chinese Taipei,” and under a specially designated flag.

I feel that a visit is necessary to better understand Taiwan’s ongoing saga with China. Its tricky geopolitical status also means it rarely gets any major recognition on the international stage, so it’s time that I make my way there and show it some love. 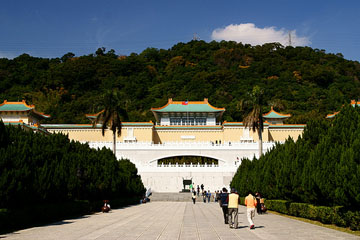 2. The Treasures of the National Palace

The Forbidden City is definitely on my list for Beijing, but it contains only half the historic artifacts and artwork collected by China’s imperial families. I want to see the rest as well, which will require a visit to the National Palace in Taipei.

Near the end of the Chinese Civil War between Chiang Kai Shek’s Nationalists and Mao Zedong’s Communists, the directors of the Palace Museum in the Forbidden City gathered as many pieces as they could and sent them to Taiwan before the Communists seized the museum, an effort that likely saved the collection from being destroyed during the Cultural Revolution.

The over 677,000 cultural pieces are now housed in the National Palace, a collection that alone would make it worth the journey to Taiwan for me.

Like many Asian nations, Taiwan has a history of foreign settlement dating back to the 1600s.

A Portuguese fleet that came across the island in 1544 fell in love with its landscape, calling it Ilha Formosa, or beautiful island, which stuck as its Western name during colonial times. The Dutch arrived in the 17th century, set up a colony, and built a fort on Penghu Island, the ruins of which still exist.

For the first half of the twentieth century, the Japanese occupied Taiwan, and their legacy remains in the form of roads, railways, hospitals, schools, government buildings, bathhouses, and cuisine.

I’ve been fascinated on my previous travels in Asia by the dichotomy between native culture and imperial vestiges. I think Taiwan will provide another interesting study in post-colonialism. 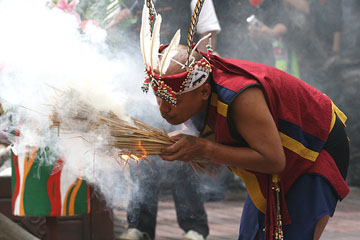 I’m aware that 98% of the country’s population is made up of Han Chinese who began migrating to the island in the 14th century, around 15% of whom are the descendants of dissidents who fled the mainland after 1949. But I know little about the remaining 2% who make up Taiwan’s aboriginal communities.

Recently, there has been a resurgence in celebration of aboriginal culture, which is attributed in part to an ongoing search for a distinct Taiwanese identity.

I’ll make sure to check out the Shung Ye Museum of Formosan Aborigines, located opposite the National Palace, which showcases the cultures of Taiwan’s aboriginal peoples, as well as some of the aboriginal villages along the east coast, like Fusing, Bulowan, and Mataian, to acquaint myself with the native inhabitants of the island.

The Taiwanese are among the most voracious eaters in Asia, with a rich and complex culinary tradition, which features both aboriginal and Chinese influences. The cuisines of various Chinese regions, including Szechuan, Fujian, and Guangdong, are also well represented in the country’s restaurants and street stalls thanks to the influx of migrants after 1949. 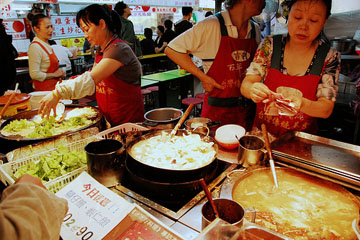 The Japanese left behind their cuisine too, so there’s wide availability of sushi and other Japanese-influenced dishes.

The New York Times’ Frugal Traveler Matt Gross, whose wife is from Taiwan, has written about his affection for Taiwanese cuisine, including in the current issue of Saveur magazine. He goes so far as to suggest that food is “one arena in which Taipei blows Beijing away.”

I’m looking forward to sampling xiao chi — or small eats — including fried buns, oyster omelets, peanut candy, and the infamous stinky tofu. The Shilin Night Market, known for its food vendors, is most likely where I’ll get my fix.

Are you drawn to any countries in particular? Which ones and why?

Talk Taiwan with other Matador travelers currently in the country.

Modern toilet restaurant: A good place to let yourself go