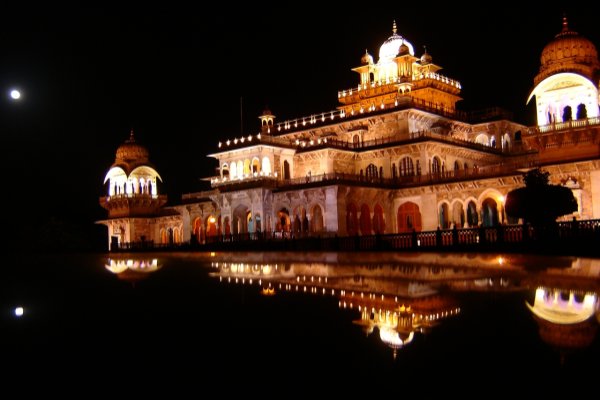 As I walked out of the 18th-century observatory — the Jantar Mantar — I saw a board discreetly announcing the presence of the “Rajasthan Astrological Council & Research Institute,” which turned out to be a small, neatly maintained office. 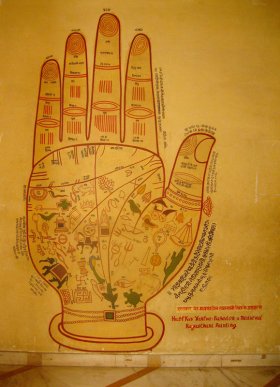 Next thing I knew, Dr.Vinod Shastri was quietly going through my Hindu-style computer-generated horoscope and firmly stretched palm.

His account of my life so far was bang on, but the predictions of my future were mostly pleasant and generic, no specifics I could pin him down on.

2. Check out the mummy

The main attraction for many at the Albert Hall Museum is the Ptolemaic-era Egyptian mummy. But there’s a lot more from the world and India, starting at the 19th century and going way back — carpets from Persia, samurai swords from Japan, Chinese pottery…

Avoid the tour guides and rent an audio guide (a soothing voice set to a strumming sitar) instead. This way you can walk through the complex at your own pace. For about $4 and 60 minutes of my time, the visit was worth every cent and second.

3. Take the night tour, get off at the last stop

At 6PM, we showed up at the Rajasthan Tourism office for the government-conducted evening tour.

My four companions for the evening and I were bundled into a jeep. Brief halts were made at some monuments and landmarks. Here’s a demo of how most stops went:

Guide: Hawa Mahal, ladies and gentlemen, was built in 1799 and has over 953 windows.
Me: Hmm, okay. (I could barely see the palace, forget the windows. The photographs were blurred, black somethings.)
Guide: Now we move on ladies and… 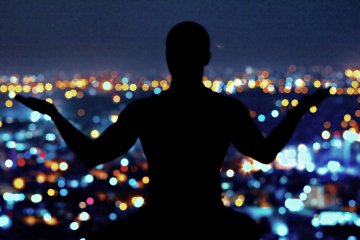 But as we got out of the city, the drive turned exciting, and the last stop — Nahargarh Fort in the Aravalli hills — had a most spectacular view of the city.

There was also a restaurant, which served up a great vegetarian dinner for just us five tourists.

If you can pretend to enjoy the fleeting stops at the other monuments — to which you’ll have to make a day trip to truly enjoy — at just about $6 (dinner included), the “Pink City by Night” tour is worth it for the last stop at Nahargarh.

Most of Rajasthani cuisine is either floating in or bursting with ghee (clarified butter). By far the best is the set-menu thali, which includes appetizers, main courses, and desserts served on a huge plate — a great variety of local dishes in one go.

The hotel restaurant at LMB is universally recommended as the place to order the Rajasthani thali, but Om Tower (another luxury hotel) has one that’s just as good, plus a revolving restaurant with live performers. It’s also less touristy and more a place where local families bring visitors to show off their city.

For the restaurant to complete a turn around the city you’ll need 90 minutes — for the thali, a huge appetite and $5. 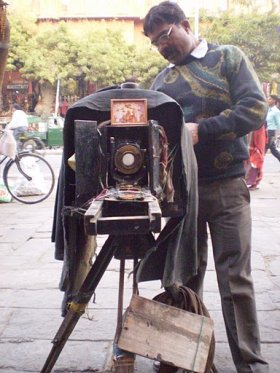 5. Find the best souvenir in Jaipur

As I walked along the streets of the old city, I was approached by a white-bearded, toothy-smiled gent and asked if I would like my picture taken. A bit of a narcissist, I started to fish my camera out but stopped when I saw where he was pointing.

A 150-year-old camera belonging to Tikam Chand, whose family has operated it for over two generations, stood on a rickety tripod.

It took a while for this antique instrument to produce the final product, but when I finally saw the photo, my eyes welled up — it was like looking at a picture of my grandmother in her twenties. Only she was wearing the same outfit I was…

Yeah, it was me, in that beautiful B&W style — what dusty albums and faded memories are made of.

Before you go, get familiar with 10 Indian Customs To Know Before Visiting India.

Notes from the Jaipur Literature Festival