While the plush tour buses pull in to ex-hippie-hangout Essauoira, the rattling, once-an-hour public bus takes you down the Atlantic coast to tiny Mirleft. Less than an hour from Tiznit, Mirleft is set in the pebbly red earth just off the coast and has five undeveloped beaches within walking distance.

There’s one bank, one internet café, and not a whole lot to do other than relax.

While wealthy Marrakeshis vacation in beachside landscaped homes, travelers, artists, and everyone else hang around the town’s dirt-road center — when they’re not out sunbathing.

Hotel Atlas is the best bet for backpackers, while touts will offer you plenty of private house rentals.

There are lots of other beaches around Mirleft. Legzira Plage is only a 20-minute bus ride down the road to Sidi Ifni. Females traveling solo especially will appreciate the opportunity to wave-hop and walk amid the sandstone arches in peace.

To reach Mirleft from Tiznit, take either a grand taxi from the medina or a local bus from the main bus station. 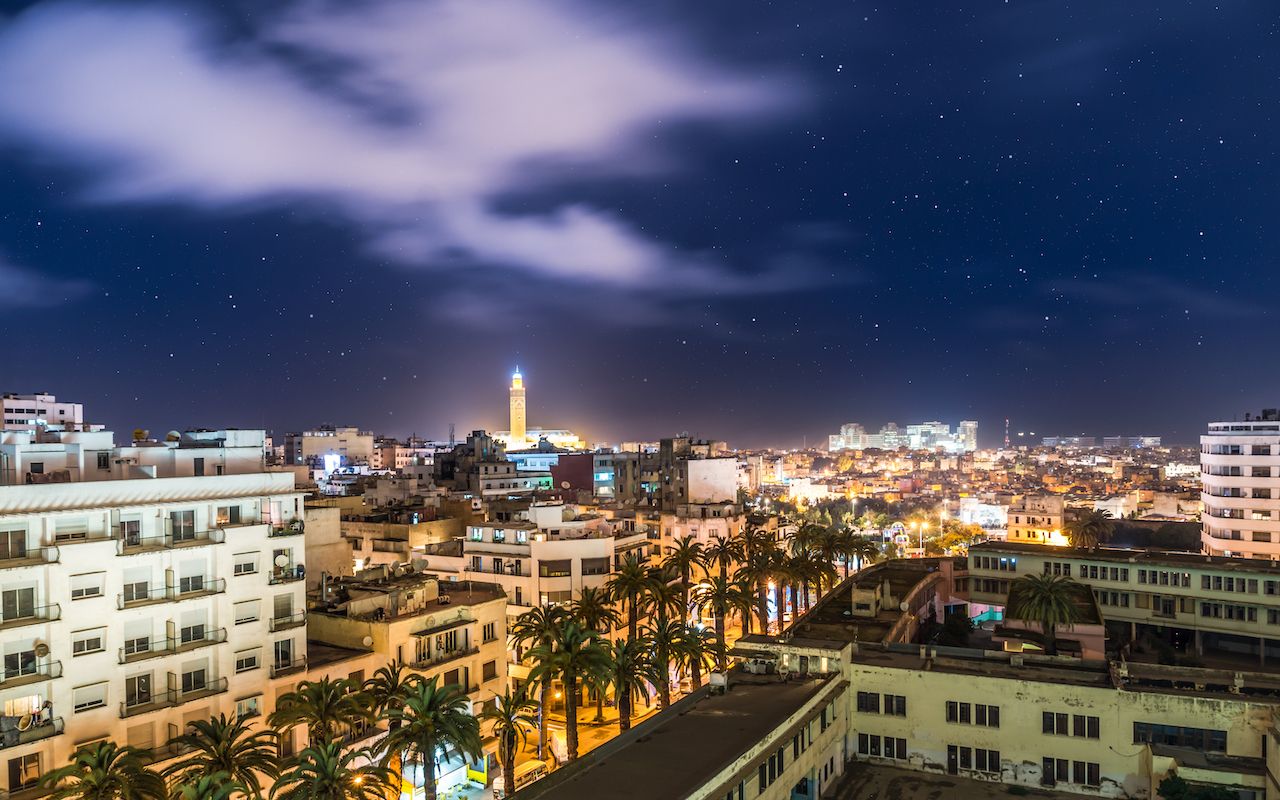 You won’t hear much good about Casablanca, either from travelers or other Moroccans. Too Western, too big-city, too modern, too poverty-ridden — the sour reputation deters most from anything more than short layovers. Which is what makes Casablanca such a hassle-free destination.

Sure, its wide streets and gleaming new construction don’t lend much historical ambiance, but Casablanca is perhaps the best place to experience modern Morocco.

The medina lacks touts, shopkeepers ignore you, and no one offers to help when you’re “lost, my friend?”

And then there’s the art galleries, restaurants and, yes, bars. Casablanca may not fulfill any exotic visions, but it does prove that Morocco continues to be a place at the crossroads.

Morocco’s biggest airport is in Casablanca, so there’s a good chance you’ll pass through whether you want to or not. One of Morocco’s few HI youth hostels is located just inside the Old Medina. Eerily empty, it has the cheapest beds in town.

Entering dusty Zagora, you pass a sign along its main street that reads: “52 days to Timbuktu.”

Riding a camel into the Sahara is top on most Morocco hit-lists. Convenience sends most tourists to desert Erg Chebbi near Merzouga, but those with a little more time, money, and tolerance for camel saddles head to the sand-swept trading post of Zagora.

Desert caravans have been riding into and out of Zagora for centuries, but these days travelers can arrange Sahara expeditions that aren’t 52 days long.

Numerous outfitters do 4WD and camel expeditions to the isolated, sky-scraper-high dunes of Erg Chigaga.

Avoid the street touts and book with reputable companies like Caravane Desert et Montagne. You’ll get the bonus of staying with nomadic and Berber families during your expedition.

Visiting the nearby villages and exploring the Draa Valley is a major plus of basing yourself in Zagora. If you’ve got wheels, check out the organic co-op Hart Chaou community garden project in Agdz, the ancient rock carvings of Timiderte, the jewelers of Amerzou’s old Jewish Kasbah, or the pottery collective of holy village Tamegroute. 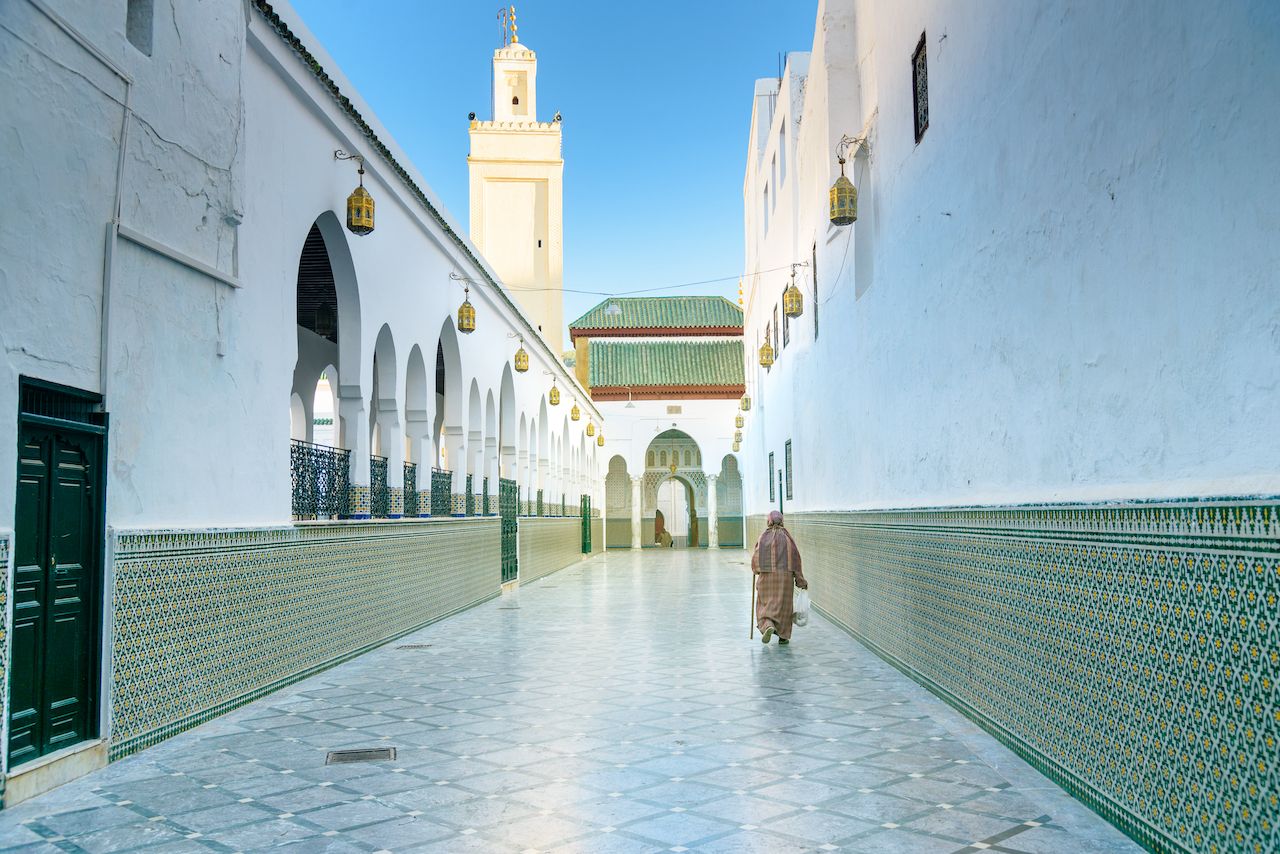 Its tumble of white buildings gleams like something pure against dark mountains. Its steep, narrow lanes are lined with cool painted rock, and filled with the movement of donkeys, bread carts, boys playing ball, and schoolgirls who grin shyly before booking it away from you in a bobble of pink backpacks.

Moulay Idriss is one of Morocco’s holiest places — non-Muslims were banned from the small town until the mid-20th century. Tourism has been slow to take off due to this pious reputation and to the town’s proximity to the bigger draws of Meknes and Fez.

That’s not to say it’s unmolested by tourism — a small number of touts hang around the medina entrance, and a colorful array of guesthouse signs describe modern comforts.

But in Moulay Idriss, the greetings (bonjour) you get on the street are less likely to be from a shopkeeper or “new friend”, but rather a smiling passerby.

The surrounding green mountains are great for rural hikes, and any guesthouse will arrange for a guide. Bonus: the vast and under-visited Roman ruins of Volubilis are a 45-minute walk from town.

Frequent grand taxis to Moulay Idriss leave from central Meknes, opposite the Institut Francais. You can book a room ahead at backpacker-friendly Dar Zerhoune, but if you arrive early in the day, arranging a stay at a family-run guesthouse is easy.

Less than 30km away from Fez, this little village is picture-perfect Morocco: slow-paced, traditional, and extremely friendly.

Dar KamalChaoui is a great place to stay for an authentic Moroccan experience. The welcoming staff is helpful and knowledgeable; they will guide you through the village and fill you up on Moroccan culture and local history. Bonus: the food is out-of-this-world delicious.

The troglodyte houses (cave dwellings), painted in pastel colours and located in the old part of the village, are unique and worth a visit.

The town of Sefrou, 6km away, is also a good place to check out. 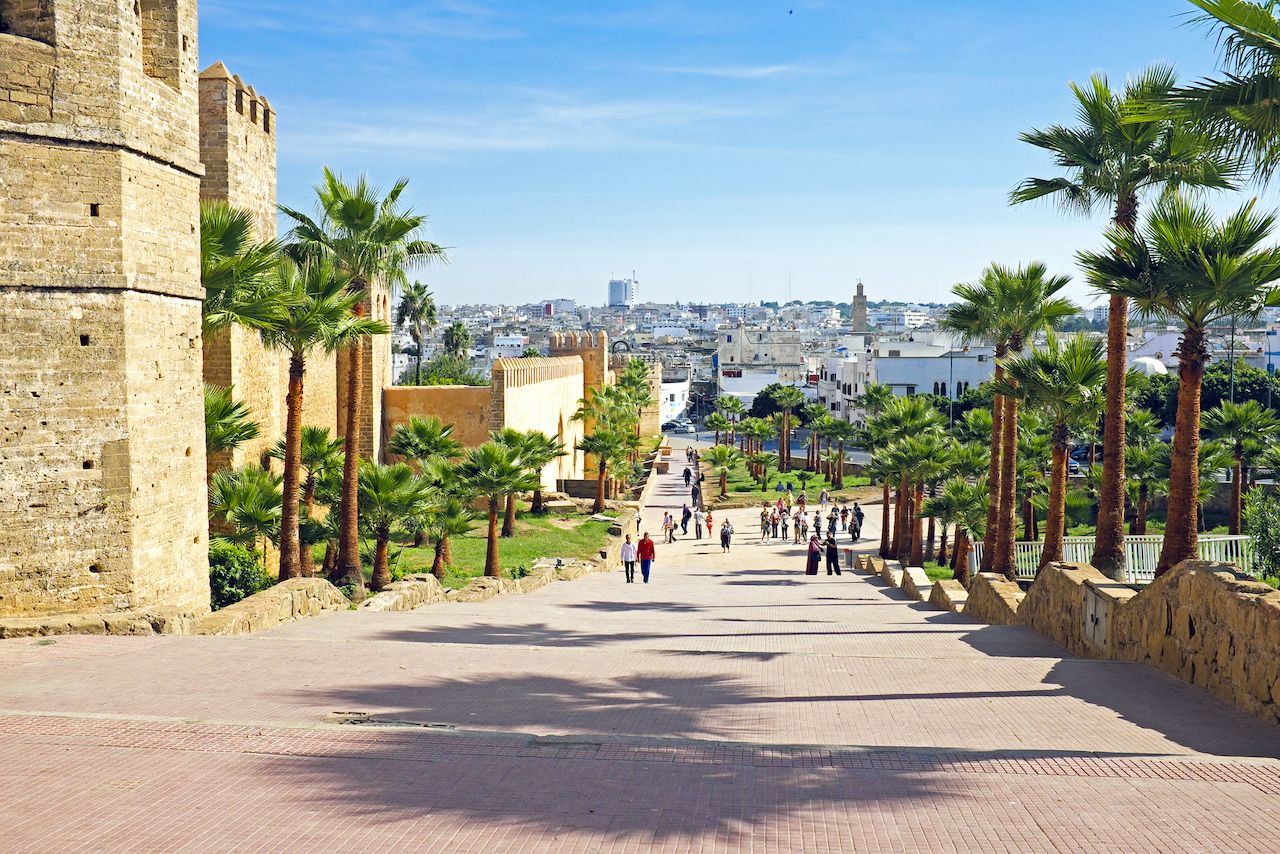 Rabat is the capital of Morocco, but, compared to the big city of Casablanca, it combines modernity and traditions beautifully.

The Medina is a great place to shop (and bargain!) for traditional Moroccan items or sit and enjoy a hot drink. Walking around, you’ll be able to witness some of the artisans at work, embroidering carpets or sewing leather shoes.

The ancient ruins and the garden of Chellah are a must-see. Peaceful and filled with history, it’s also a great place to admire storks. I would recommend a visit at the end of the day: the light is amazing and the place looks magical.

A lion watches over the sleepy town of Tafraoute.

Or at least that’s what the villagers will tell you, gesturing at one of the distinct rock formations just outside of town that resembles a lion’s face. Another apparently looks like Napoleon’s hat.

Carved into the hills, Tafraoute is an a trekker’s dream. Uber-fit hikers and cyclers are about the only other travelers you’ll see here, largely due to the infrequency of bus service through the Anti-Atlas mountains.

The main attraction of Tafraoute is its immediate access to undeveloped wilderness dotted with Berber and Chlueh tribe villages.

Mountain biking and trekking expeditions take you through the Ameln Valley, up peak Jebel Lekst (2359m), or through the green gorges of Ait Mansour.

For trips closer to town, you can rent a bike from Hotel Salama (also your best bet for lodging), or grab a local trail map from Au Coin des Nomades.

Make sure not to miss the prehistoric rock engravings near neighboring towns Tazekka and Tirnmatmat. Any aches and pains can be sweated away in a local hammam.

Small bus companies operate from Agadir via Tiznit, and there’s limited service to Casablanca and Marrakesh.

This article was originally published on December 17th, 2014

Tagged
Insider Guides Morocco
What did you think of this story?
Meh
Good
Awesome