YOU THINK YOU KNOW JAMAICA: You’ve sipped a Red Stripe beer on the beach, cheered for Usain Bolt, masterfully climbed Dunn’s River Falls, and can sing the lyrics to at least one chorus of a Bob Marley tune. While those experiences may make your Instagram followers swoon, there are still plenty of adventures left to be had. Book a return trip to take on one of these six lesser-known island adventures.

There are only a handful of places in the world where you can cruise a glow-in-the-dark lagoon, and Jamaica is one of them. The bright waters lie at the point where the Martha Brae River meets the Caribbean Sea, and for years they weren’t even noticed. It wasn’t until the boating industry that once shipped sugar and rum to a large wharf in the area were gone that scientists discovered the phenomenon.

The lights come from microorganisms called dinoflagellates, which live in areas where saltwater and freshwater meet and where the water is warm — hence Jamaica. The result is a breathtaking display. The waters of the lagoon sparkle like Lady Gaga glitter as the cruise makes it way through the water. Through the glow you’ll be able to make out the fish underneath. On the 45-minute tour with Glistening Waters you can go even further: Jump into the water and swim amid the eerie glow.

Use the visit as an opportunity to see another part of the island. The waters lie near Falmouth, about 30 minutes outside Montego Bay — an area of Jamaica that offers an alternative to the busier beaches. Time your visit for a full moon for optimal viewing. 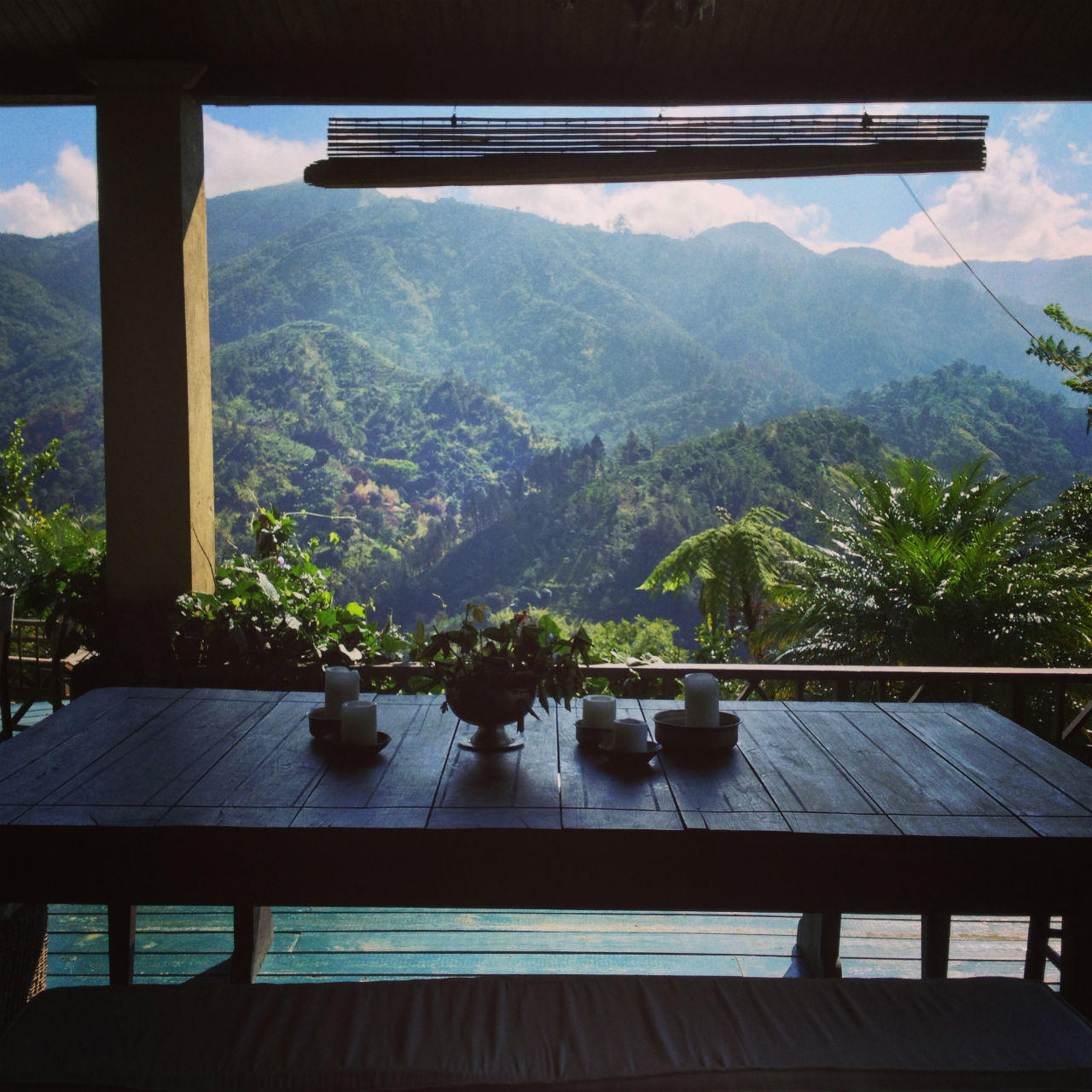 The Blue Mountains get their name from the faded azure color attributed to the mist that covers them, but the country’s largest mountain range is actually awash with green. Massive ferns and other foliage are so dense here you’ll easily pick out the bright hues of the tiny birds that seem to follow your every step.

Running for 28 miles and reaching 7,402 feet above sea level at their highest point (Blue Mountain Peak), the Blue Mountains are Jamaica’s most dominant feature, and yet most people only know them for the world-renowned coffee that bears their name. Adventurers on the island shouldn’t leave before sampling both the coffee and the hikes.

You’ll need to plan ahead: Stay at an area lodge (Whitfield Hall or Wildflower Lodge are recommended and familiar with hikers) or plan to camp out in Portland Gap. Die-hards will want to start as early as 2am on the steep route through the UNESCO World Heritage Site to accomplish a sunrise summit of Blue Mountain Peak. Those who prefer to see what they’re doing may start a little later. Either way, the hike will test you, as it’s a tough 14-mile trek to the top and back. Bring water, a jacket (it’s much cooler at the peak), and a guide (try Sunventure Tours Jamaica, or inquire at the lodge ahead of time for a private guide).

Your reward? The feeling of walking through the clouds and the views that emerge on your descent as the sun burns off some of the mist. By the way, 40% of the flowering plants you’ll see around you can be found nowhere else in the world. December through April — the mountains’ dry season — offers the best climate and views for the climb.

3. Visiting the centuries-old towns of the Maroons

Sure, you can meet a local in the markets or on the beaches of Jamaica, but for a real sense of the country’s history and spirit you need to learn about the Maroons. When enslaved Africans, brought to the island by the Spanish, re-established themselves in the mountains of Jamaica to escape the new British rulers in the late 1600s, they earned their name, which comes from the Spanish “cimarrones” or “mountaineers.”

From that moment forward the Maroons became a formidable opponent to the British. So tough, in fact, that the British eventually had to sign a peace treaty with them and agree to their autonomy about 100 years before slavery was officially abolished.

Today, the Maroons continue to live in those original communities. Among the most accessible to tourists is Charles Town, near Port Antonio, which is now home to the Charles Town Museum. Take the tour that includes demonstrations of traditional drumming, an invitation to dance, and a turn trying to blow the abeng (a cow horn) used to summon the warriors. Hosts aren’t curators shipped in to meet the tourists, but locals who live and work in the community and share ancestral ties to the original Maroons.

Set up a visit in advance for a tour of the museum or to partake in a special lunch that might include the smoky jerk pork the island is known for (the food is thought to have been originally created by the Maroons) or roasted vegetables served in a traditional calabash. Hotel Mockingbird Hill is a good home base for your adventure, and the staff there can help you arrange your visit. 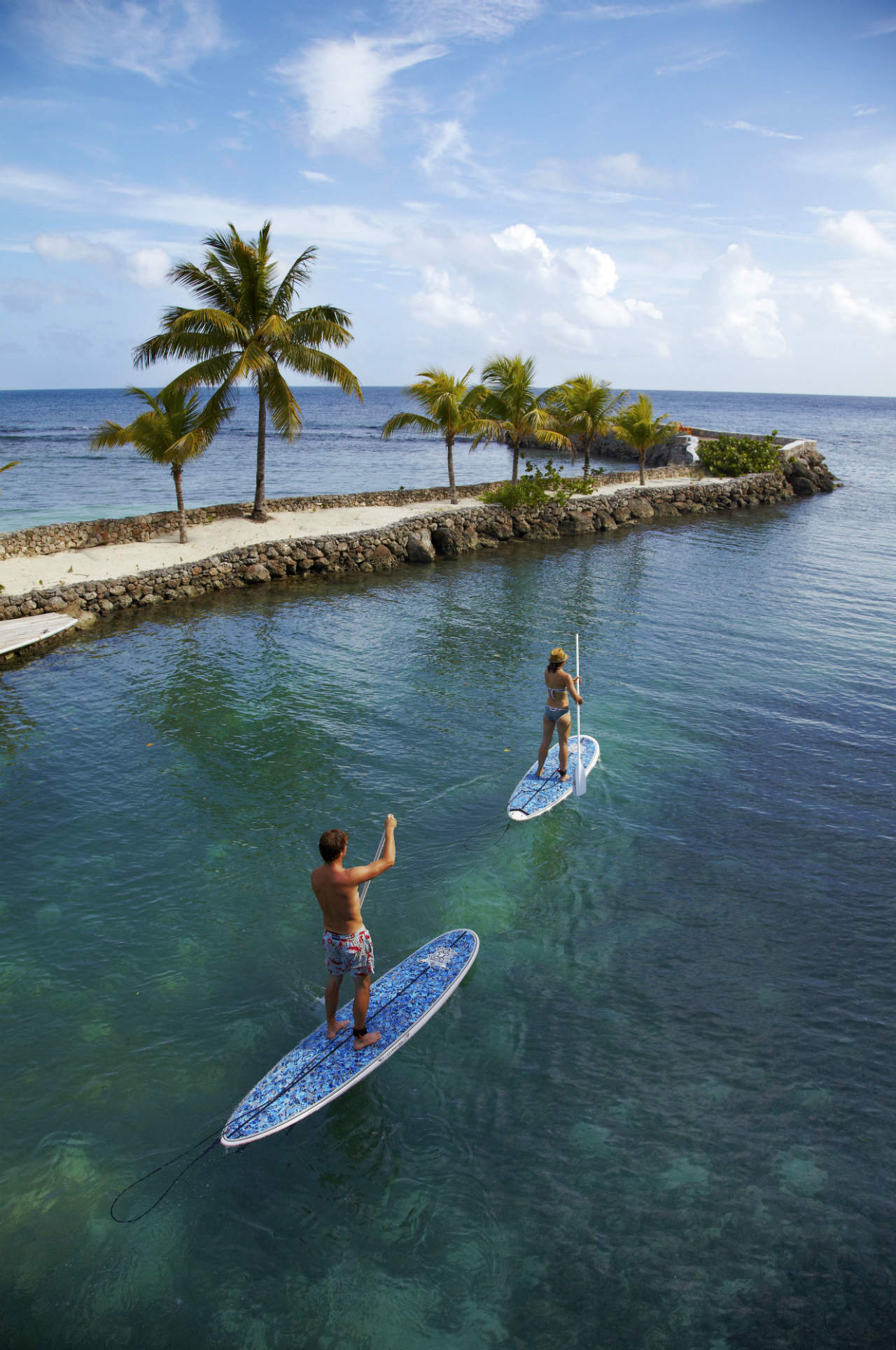 What do 007 and party playboy Errol Flynn have in common? They both have ties to Jamaica’s Portland parish.

Ian Fleming, Bond’s creator, lived in an estate just outside Ocho Rios named GoldenEye. It’s now part of a resort you can sip your own martini in. In fact, the Fleming villa, where the author is said to have written 14 of the James Bond novels, is a five-bedroom property that sleeps 10 and has its own private beach, pool, and tropical garden — not to mention a dedicated staff that includes a housekeeper and butler. You can continue the Bond-Fleming lifestyle with the Jet-Ski Safari across the waves of Oracabessa Bay in search of perfect waterfalls and hidden swimming holes. Rates start at $5,500/night.

If you’re more of a Flynn-like playboy, grab a partner and head out on one of Jamaica’s bamboo river raft adventures. The rushing waters from the Blue Mountains power the flow of the Rio Grande River, where rafts were once used to transport local produce. Today, a dread-locked captain will ferry you on a two-hour route through towering banana groves and past rushing waterfalls, stopping for a local lunch at staples like Belinda’s Riverside Restaurant. Ask your guide to show you Flynn’s favorite spot: “Lover’s Lane.”

5. Ziplining through the jungle

There’s only so much of Jamaica you can see on foot. For a real understanding of how much ecological goodness is packed into the 4,411-square-mile island, you need a higher vantage point. Enter the wide variety of zipline tours on offer across the country.

The perfect mix of exhilaration and GoPro-worthy views will get you out of your hotel room and into the sky. If you’re staying in Montego Bay, check out Jamaica Zipline Adventure Tours, which is 30 minutes out of town (transfers included in the price) and also features a swinging jungle bridge, local fruit tasting, and refreshments with the tour.

Closer to Ocho Rios you’ll find Hevans Scent, where five lines (including the longest on the island at 1,200 feet) set high above the jungle floor offer a range of choice from “gentle soar” to “I’m going to need new shorts” intensity. The available packages mean you can combine other activities onsite (paintball) or add a full Jamaican lunch to your outing.

6. Touring a haunted house by candlelight

You could visit Rose Hall — the colonial Great House built in 1770 that’s said to be haunted by “black widow” Annie Palmer — in the daylight, but what would be the fun of that? Sure, you’d still be able to take in the 18th-century décor, but on a nighttime candlelit tour is when the lore of the place really takes hold.

The legend of Annie Palmer is the stuff of Jamaican magic. An 18-year-old English woman who married John Rose Palmer and moved to the estate in 1820, she brought with her the experience of years of being raised by a nanny in Haiti who was said to be an expert in Voodoo. Annie became known as the White Witch of Rose Hall. Legend has it she used her Black Art skills to net her husband and then murder him. She would go on to take (and kill) two other husbands (and a series of slaves and lovers) in the years that followed. Annie was eventually the victim of a murder herself and has been haunting this house 20 minutes from Montego Bay ever since.

When you’re done with the tour, visit Annie’s Pub on the ground floor for a sample of the “witch’s brew.” The claim that the drink has powerful magic is indisputable — Jamaican white rum always does.

This post is proudly produced in partnership with Visit Jamaica.
Tagged
Travel Jamaica Jamaica: Home of All Right
What did you think of this story?
Meh
Good
Awesome
✖
travelstoke
Download the mobile app
stoked by