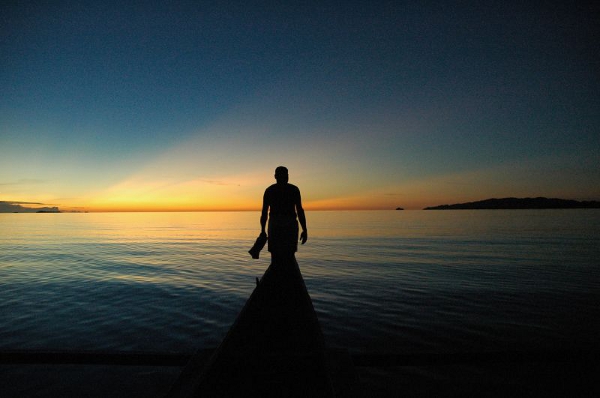 Roberto Rocha shares advice for saving money on a trip to this island nation sitting just north of Australia.

PNG is one of the least developed countries in the world, but it’s one of the most expensive for travellers. There’s little tourism infrastructure, and virtually nothing for budget travel.

But travel on the cheap is possible, as my girlfriend and I recently discovered on an impromptu trip. Here are some ways we found to save cash. 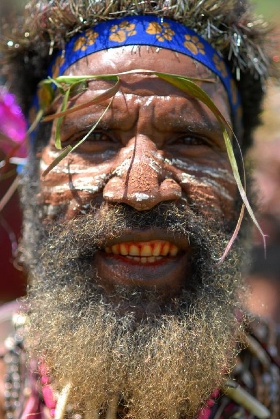 1. Sleep in a village home

Most hotels cater to business and government travellers. Even at the cheapest roadside guesthouses, we didn’t find anything under 100 kina (about US$35). But if you sacrifice some comfort, you can stay for free with a family.

We usually got a thin mattress on the floor with a pile of laundry posing as pillows. But the families were very friendly and happy to host a foreigner.

It’s possible to just ask people on the street if they’ll put you up. There’s a good chance someone will say yes.

To be safe, though, try asking at a church — each town has several. We had luck with Catholic churches in Kavieng and Vanimo, as these have guesthouses for visiting clergy. Since there were no guests, we slept for cheap.

If you stay with a family, offer some kind of gift to your hosts: buy the food for the day or give them 20-30 kina for their trouble.

We stayed one week with a family in the Western Highlands and five days with another in Kavieng, New Ireland. The former asked for money, since they work in tourism, but we had to beg our second hosts to at least let us buy some beers.

PNG doesn’t have a national network of interconnected roads — the mountainous terrain makes this impossible. The only way to get around the country is by flying.

There are two domestic airlines; Airlines PNG is cheaper than Air Niugini, but it doesn’t fly everywhere. There are also precious few direct flights, which means connecting through Port Moresby no matter where you’re trying to go. 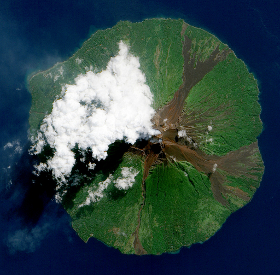 But there are ways around this. Many flights make stopovers in major ports, and you can simply hop on for the first leg. We flew from Mt. Hagen back to Moresby, then to Kavieng via Lae and Rabaul. But we could’ve easily found a flight from Mt. Hagen that stops in Lae, then switched planes to Kavieng.

It means extra work when researching flights online, but it saves money and travel time.

You can also skip the main airlines altogether. The Mission Aviation Fellowship is an organization that flies missionaries and supplies to remote villages and larger towns. They’ll transport travellers for a lower price than the airlines if they have seats available.

Port Moresby, the nation’s capital, is a popular stopover for leisure sailors looking for supplies and maintenance. Many of them continue on to other coastal towns and islands, and they may be happy to hire crew members willing to work for free in exchange for a ride.

We didn’t do this, but expats we met at the Royal Papua Yacht Club in Port Moresby said it’s common. Inquire at the club and someone will show you to the right person. 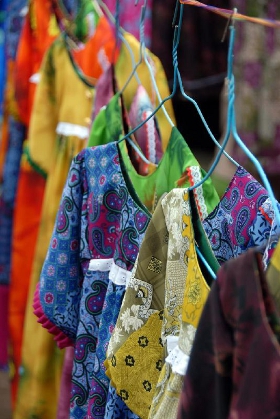 Where there are roads, take the people’s transport: the Public Motor Vehicle (PMV). These 15-seater buses leave regularly from well-defined stops and cost a pittance. It’s also the cheapest way to travel within cities if you don’t have a car or someone to show you around.

Trips can vary greatly in time depending on the driver and road conditions; i.e., don’t expect to arrive on schedule. And avoid traveling after 5PM. That’s when razkols, PNG’s petty criminals, are most active.

PNG has decent supermarkets stocked with familiar foods imported from Australia and Asia. Trouble is they cost more than they do in Australia. Since most locals grow their own food, markets don’t sell high volumes of imported groceries.

Case in point: a jar of instant coffee can cost US$18, while a tub of Nutella goes for $15.

But every town has at least one market selling cheap produce. Papua New Guineans aren’t much of a bargaining people, and prices tend to be fixed unless you’re buying large quantities.

Yes, we got tired of sweet potatoes, crackers, and canned fish, and felt we’d entered food heaven once we crossed over to Indonesia. But our wallets thanked us. 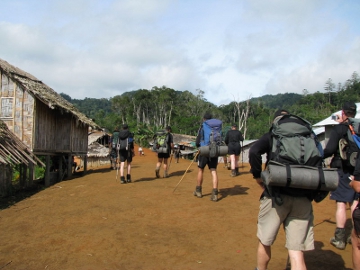 There are no tourism information desks anywhere. Not in the airports, not in the cities. Most people who come to PNG have it all organized by a travel agent.

So the PNG Tourism Promotion Authority, based in Port Moresby, is the closest thing. When we paid them a visit, they were surprised by our request for suggestions, but then spent an hour listening to our needs.

We didn’t care for diving, surfing, or birdwatching, but wanted to experience local culture in the Highlands and on the coast. They connected us to tour operators and guesthouses that tailored their expensive packages to our budget. Thanks to them, we had an unforgettable trip without another tourist in sight — and at a manageable price.

Connect with Roberto at MatadorTravel.com, where he goes by mojotrotters. And don’t miss his community blog posts: A night in a village of Papua New Guinea and Dealing with stares in Papua New Guinea.

What did you think of this article?
Meh
Good
Awesome
Bookmark
Posted In
Budget Travel Trip Planning