Top Countries
Top CitiesView All Destinations
Trending Countries
Trending Cities
Load More
The ancient West Bank city of Nablus has a volatile recent history but is now relatively safe and is becoming a popular destination for travelers in the region. Here’s what to get up to. 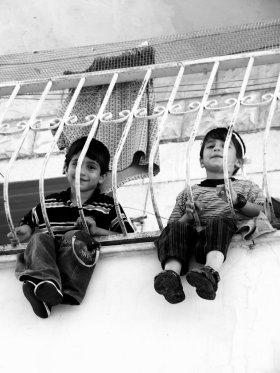 Photo: Not all potatoes can swim…

1. Get to Know Little Damascus

Under the Ummayads, during the early years of Islamic expansion, Nablus was modeled on the empire’s capital at Damascus, and distinct echoes of that Levantine city remain today. In fact, the Arab geographer Al-Muqaddasi, working in the 10th century A.D., referred to Nablus as “Little Damascus.”

Traditional balconies, mosques, stone buildings, and public drinking fountains front the narrow alleyways of the Old City and commemorate the ancient past. Crumbling khans and clock-towers also survive from the time when Nablus was an important link on the trade route between Syria and Mecca.

The narrow streets are full of little finds like this, as well as small shops and cafes that are great places to spend an afternoon over a hot black coffee.

Nablusi soaps are known throughout the Arab world and are made from three simple ingredients: water, virgin olive oil, and sodium compounds that stick the other two together.

Nablus has been producing these natural soaps for centuries and, although no factories are operating commercially today, many make and sell them to tourists. Check out the “Arafat soap” from the Cultural Heritage Enrichment Center.

Some operations are also starting to ship to Western organic/natural markets. 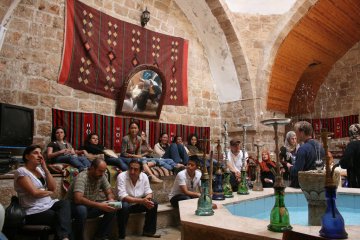 3. Take Some R&R at the Hammams

Steams, baths, and massages are popular in this part of the world, and Nablus has two great Hammams (Turkish bathhouses).

Hammam esh-Shifa (09-238 1176) is located in the heart of the Old City and was built in 1624 by the local Tuqan family. It retains most of its original features and stepping inside does feel a bit like a time warp.

Mount Jarzim overlooks Nablus, and at its top is where the Samaritan community lives. A traditional Jewish sect widely misunderstood and even ostracized by the earlier Jewish community, they have co-existed with the Muslims of Nablus for years.

The Samaritans believe Mount Jarzim is the first piece of land ever created by God. Today, there only around 700 followers, with other Samaritans living in Tel Aviv and Jaffa.

There’s a small museum on the history and traditions of the Samaritan community, open Sunday-Friday from 08:00 till around 14:00. 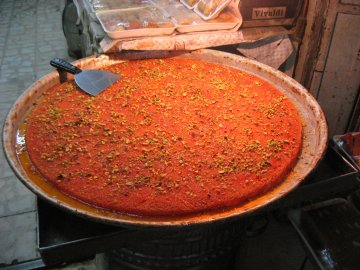 Ask any Palestinian what they think of Nablus and they won’t bring up its political history, or that it was once an important center of learning and trade. They’ll probably tell you Nablus makes the best kanafeh in the world. Period.

Kanafeh is a sweet pastry made of thin wheat shreds and warm goat cheese soaked in sugary syrup (I know this sounds like a crazy sweet/savory combination, but just try it — it’s amazing!).

The Al-Aqsa pastry shop is the best place to order Kanafeh Nablusi. It’s always busy making a fresh batch for its constant stream of customers — grab yours with a hot coffee and wander the Old City.

Unlike other Palestinian cities, Nablus hasn’t yet been swept up by tourism, so you do get the true Palestinian experience — warts and all. 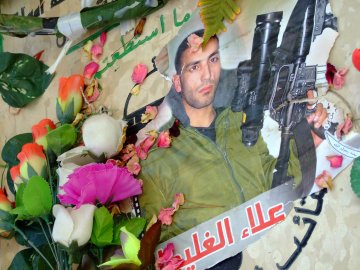 Photo: Not all potatoes can swim…

City walls are covered with martyr posters and bullet holes, and to get to Nablus you have to pass through two Israeli checkpoints — all part of what it’s like to be a Palestinian under occupation.

But on top of that, you’ll see the other side of Palestinians: their generosity, humor, and hospitality. Getting lost is almost impossible, as locals will go out of their way to help and even personally deliver you to your destination.

The chances of bumping into others tourists are still pretty slim and, as the locals’ English is limited-to-none, this is also the place to practice your Arabic.

Back in 2008, Brave New Traveler published a post on Bullets And Backpackers: Political Tourism Hits The West Bank.