PHOENIX IS A CITY LIKE NO OTHER. It’s the sixth-largest in the United States, yet it rises out of surprisingly lush desert, with mountains in all directions and outdoor opportunities at every turn. Combine that with Phoenix’s near-perpetual sunshine and blissfully warm winter months, and enjoying nature is rarely out of reach.

Very few big cities in the world feel as close to the great outdoors as Phoenix does. Beautiful desert parks like South Mountain and Papago are built into the city’s urban structure, and the rugged peaks and folds of the Superstition Mountains can be seen from downtown on clear days.

But above all, Camelback Mountain defines Phoenix’s relationship with the natural landscape. The “hump” of the aptly named mountain is easily accessible via McDonald Boulevard, and there are two trails to the summit: The Echo Canyon Trail is difficult, requiring the use of steel rails anchored into the rocks at its steepest section, while the Cholla Trail is a little more casual-hiker-friendly. From the summit, you’ll be rewarded with expansive views of the city below. 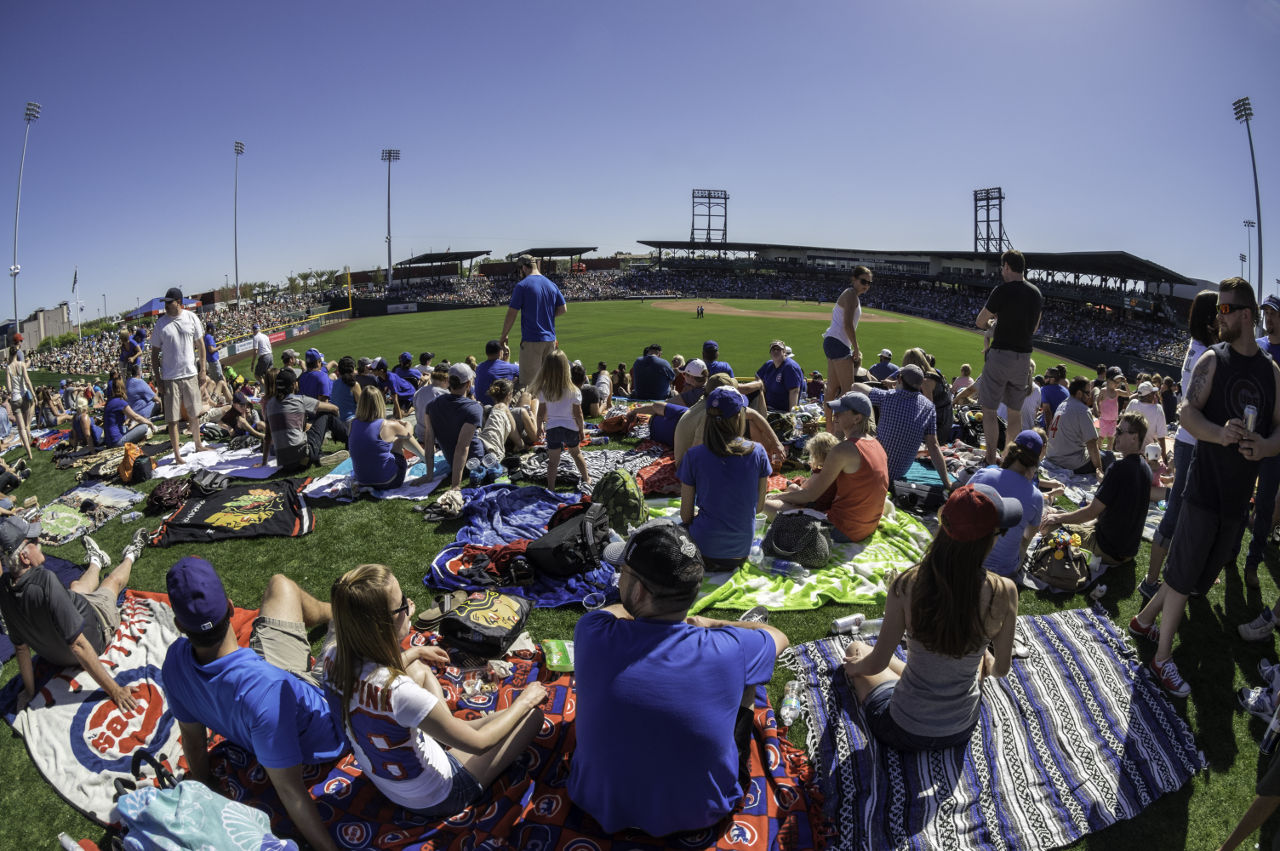 In March, long before your favorite team has had the chance to crash and burn just short of the wild card, every team in the big leagues has a shot at winning it all. It’s with a sense of optimism and excitement that 15 MLB teams ditch the colder cities where they play during the regular season and come to Metro Phoenix for Cactus League Spring Training.

This is where you’ll see baseball’s up-and-coming stars first compete against the big boys, along with established vets getting back into game shape. Tickets are priced to sell, and you simply don’t get the chance to see players having as much low-key fun once the season starts. And unlike in Florida, here all the buzz circles around one city, and all of your team’s “road” games are less than an hour away.

3. Being part of one of the biggest block parties in the U.S. 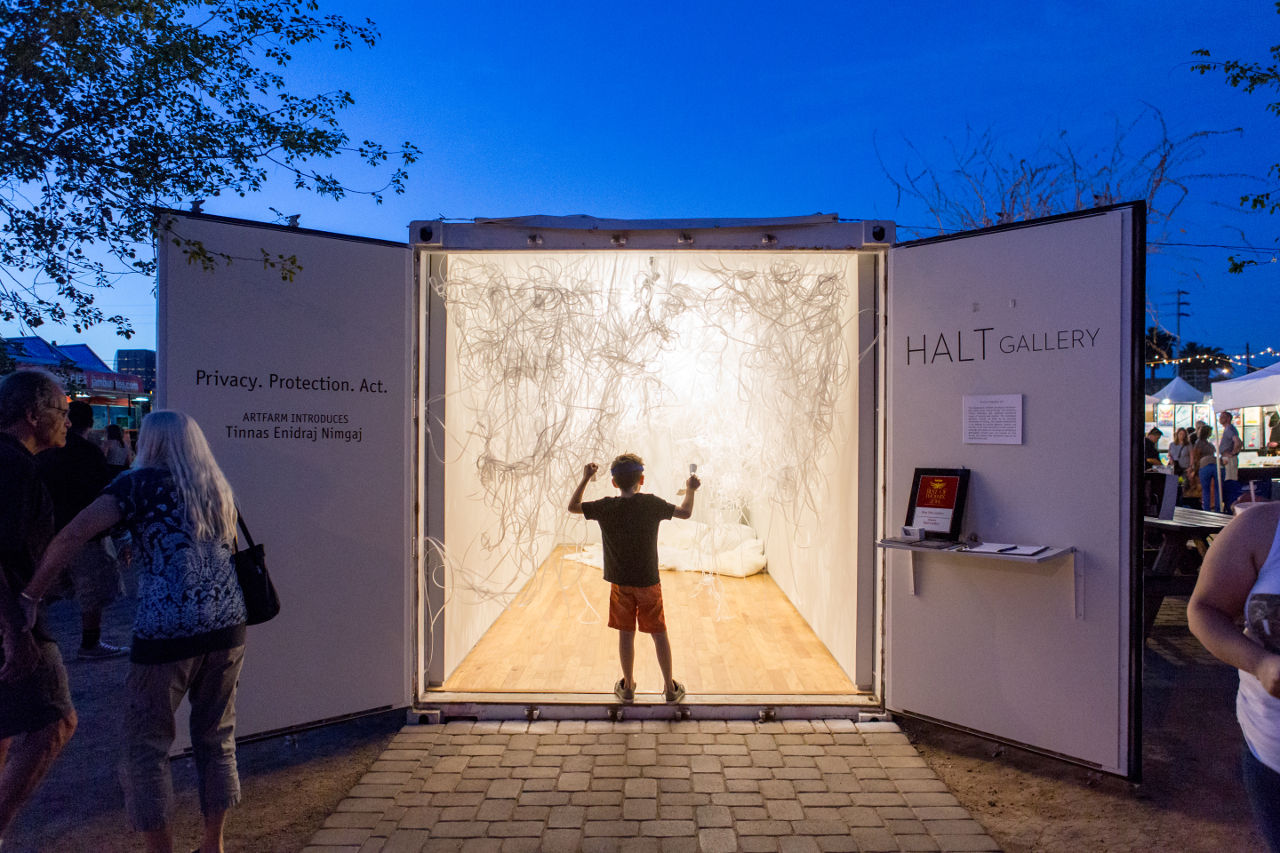 The first Friday of every month, Phoenix hosts one of the largest art walks in the country. The outdoor walking tour and block party has been going strong in central Phoenix since 1988, with more than 70 studios, galleries, and other art-related establishments opening their doors. Along Roosevelt Row, streets are closed to vehicles to allow creatives to sell their work in stalls and art fans casually browse. The official event lasts from 6-10 p.m., but the party has a way of continuing at local bars and house parties well into the early hours of Saturday morning.

4. Seeing desert life at its most colorful

While some people might define the desert as large swaths of sand and little else, Phoenix begs to differ. The Sonoran Desert is lush and green compared to others, thanks to mild winters and summer rains. It explodes in wildflowers in early spring, but you can see prickly plants and Technicolor flowers year round at the Desert Botanical Garden, an outdoor museum with more than 3,000 species of native flora. The museum features five walking trails, and docent-guided tours detail how native people lived off the land. Contemporary art exhibitions decorate the grounds on a regular basis.

5. Floating past wild horses on the Salt River 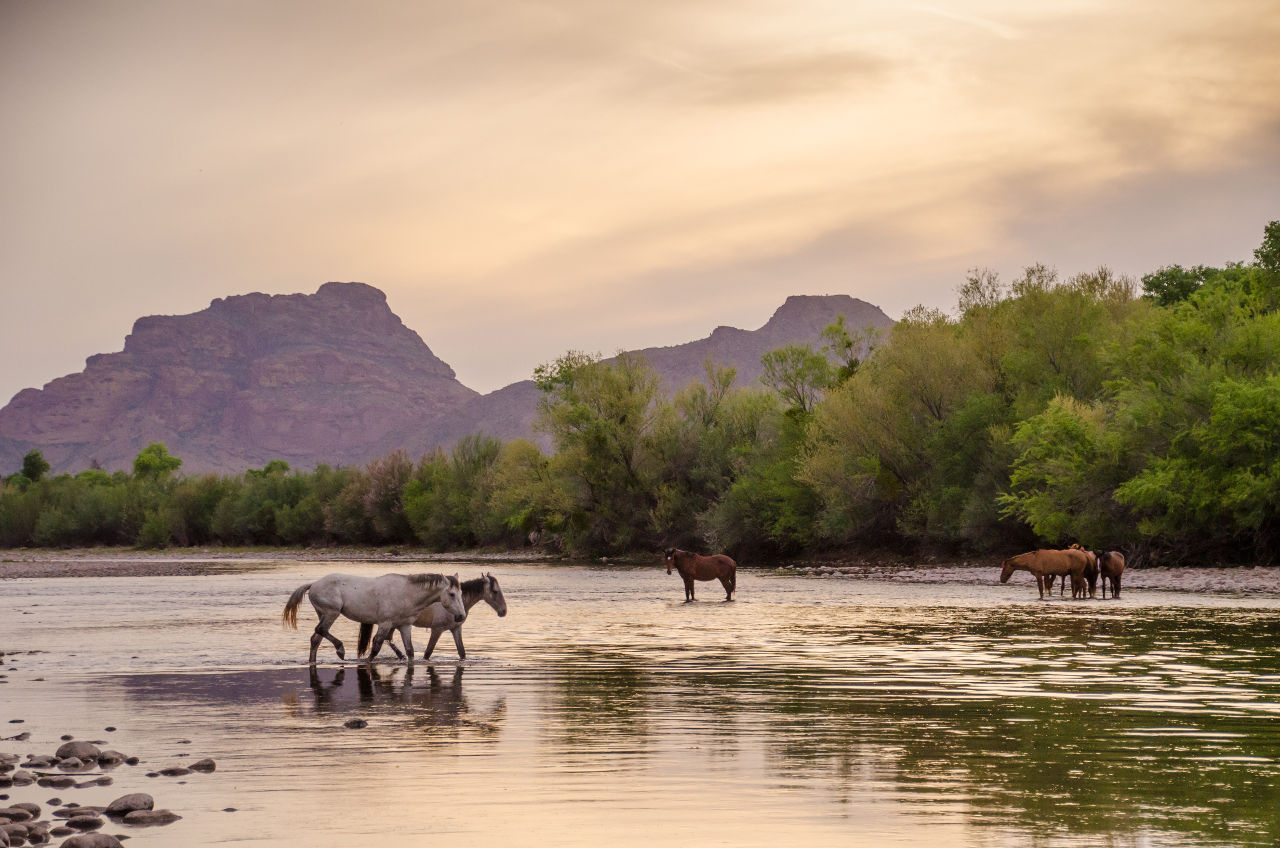 Located just northeast of Phoenix in Tonto National Forest, the Salt River Recreation Area is one of the city’s unofficial life lines — not so much for the drinking water (that’s the Colorado’s job), but for splashy relief from the summer heat. Playing in the Salt is a Phoenician’s rite of passage, and all who claim to know the city have earned this badge.

There are zero skills required — one of the true joys of the Salt is spending a day floating down the river with a few dozen of your best friends — and you’ll likely be floating past great blue herons, bald eagles, and wild horses. Arrange transportation to and from put-in and take-out points, get your hands on some rental tubes, and make sure someone is on beverage duty. In addition to the desert location being stunning, the occasional whitewater will make sure you remember this seminal Phoenix experience.

6. Eating and drinking outside…in the middle of winter

There’s a reason why half of the Midwest’s population flees to Phoenix during the winter months: It’s cold there and lovely here. (The average high during January is 67 degrees.) Another great perk is that the city is home to some of the country’s best restaurants, many of which have deck space open during the winter. So next time you find yourself shoveling out of a snow drift, just imagine where you could be — sipping a glass of your favorite beverage and eating a meal prepared by a James Beard Award-nominated chef.

7. Exploring the Five C’s of Arizona in a bubblegum-pink Jeep 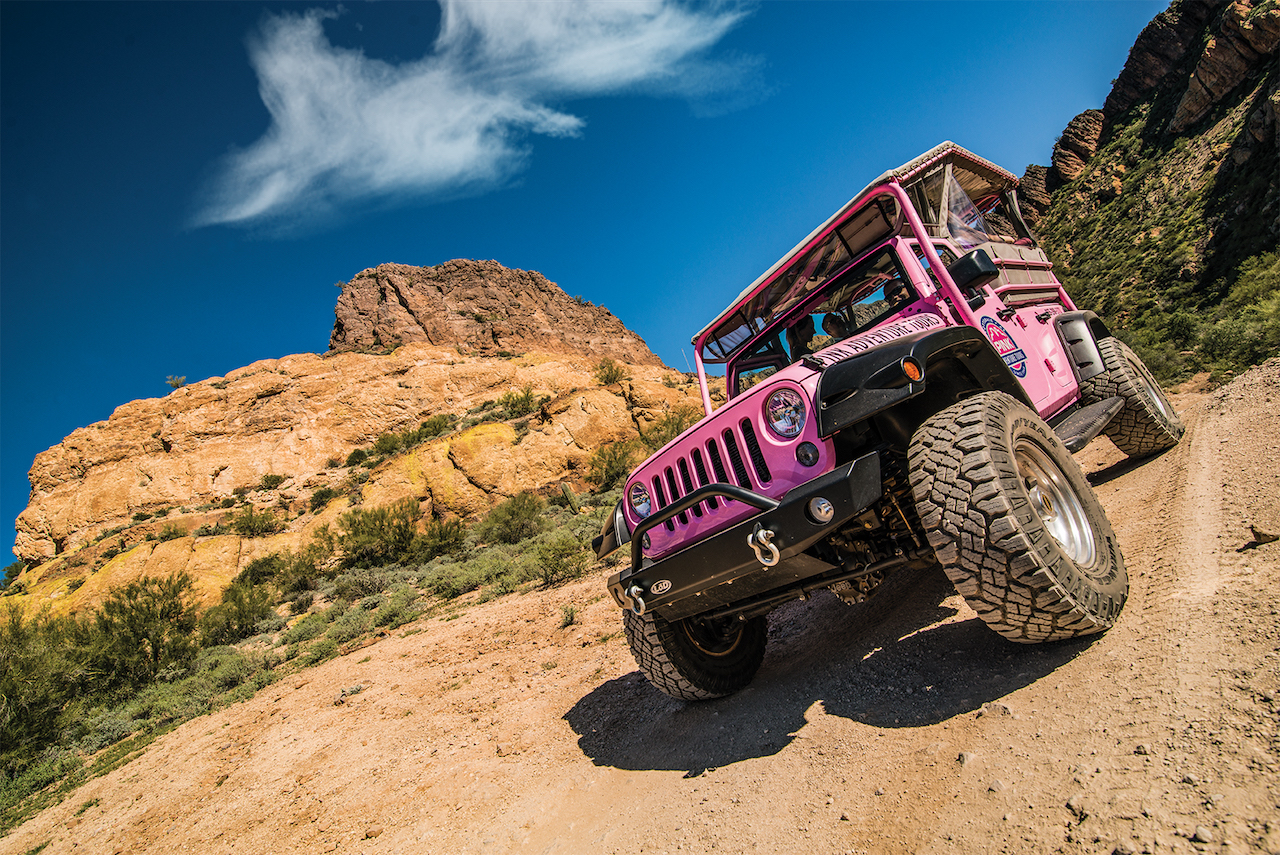 Nope, not canyons, cowboys, and churros — though those are here, too. The “Five C’s” of Arizona are Cattle, Copper, Citrus, Cotton, and Climate. A few of those may sound pretty archaic, but they’ve all played pivotal roles in crafting Arizona’s heritage and are what drew people to the state in the first place (and continue to do so). And one of the most intimate ways to get in touch with the heart of Arizona — its steep, bronze canyons and its cactus-covered deserts — is in the seat of a pink Jeep. The outfitter runs off-roading tours through nearby Tonto National Forest, the Sonoran Desert, and other iconic Arizona landscapes — including places most people never get to experience.

This post is proudly produced in partnership with Visit Phoenix.
Tagged
Outdoor Insider Guides Phoenix, AZ, United States
What did you think of this story?
Meh
Good
Awesome