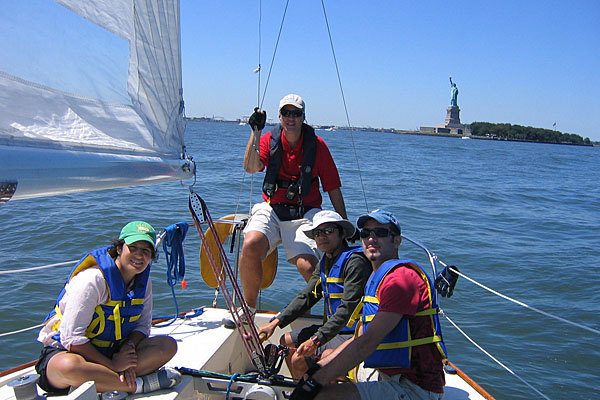 Walking the concrete canyons of Manhattan, it’s easy to forget you’re on an island.

AND WITH MULTI-LANE highways encircling the borough, it can be a challenge to enjoy the scenery and history of New York Harbor — unless you take to the water. 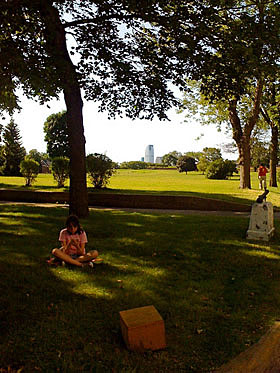 This patch of green is just a seven minute ferry ride from the southernmost tip of Manhattan and has been a native American fishing ground, U.S. Coast Guard base, site of a meeting between Reagan and Gorbachev and, now, a public park and National Monument administered by the National Park Service.

In addition to military history and blissful quiet — only a handful of vehicles are allowed on Governors Island — you’ll also find special events throughout the season, which this year runs until October 11. The best part about the island? The ferry and admission are free!

On July 4, the famed statue’s crown was re-opened to tourists, having been closed since the September 11 attacks. While getting tickets for the 146-step climb is a necessity, it also requires some advance planning, as demand since the opening has been high.

A check on July 15 didn’t turn up space until mid-October. Admission: $12.

New York’s original fake beach is across the East River from Manhattan and, like so many things in Queens, is all about food and drink. Viewing the sunset over the New York skyline is much better with a burger in one hand and a beer in the other. 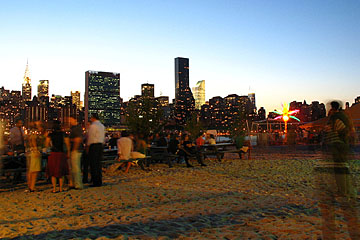 On Fridays in July and August, you can even score a special BBQ chicken spread. Bring friends. Depending on when you go, ferries to Water Taxi Beach are $4.50, $20 (for a full-day ferry pass) or free.

While most of Manhattan is ringed by highways, urban planner Frederick Law Olmsted designed this section of the Upper West Side to work with the water. Riverside Park stretches from 72nd to 158th Street, drawing bikers, joggers and, boat buffs.

The 79th Street Boat Basin is home to skippers smart enough to avoid NYC rents by living aboard.

Far from the hustle of New York but still part of the city, this New England-y enclave is the last thing you’d think of as metropolitan. But it’s worth the long haul to gorge on seafood while watching yachts cruise by. Take the no. 6 train and then the Bx29 bus to get there. 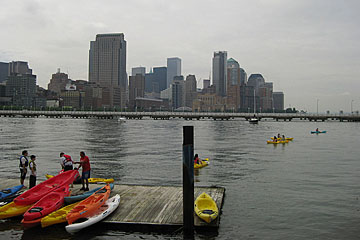 Johnny’s Reef Restaurant at the south of the island has an old-school vibe that makes for great photos…and piles of seafood, of course. Visiting is free, but the fried clams will cost you.

Sporty locals have been passing around a secret for years: The New York City Downtown Boathouse will loan you a kayak and let you paddle around the Hudson for free. More serious boaters might score a spot on a three-hour tour, but since you can’t sign up ahead of time, availability depends on how many others show up.

If the above six seem too easy for you, the Manhattan Sailing School offers ASA basic keelboat certification over three days out of the North Cove in Battery Park City.

You’ll spend the first evening learning what makes sailboats go and the next two days trimming jibs and taking the helm of a J/24 with three other students and an instructor. Reservations are essential. $690.

For some inspiration for number 7 above, have a read of Jessica Watson, 16, Youngest Person to Sail Around the World Solo.

Need a mini-break from the Big Apple? Here are the 5 Best Hudson River Valley Day Trips.

If you like the water, Matador’s got a slew of great info in these articles: Boating Big Sky: Montana’s Classic River Trips and Take Me to the River: 8 Simple Steps for Getting into Whitewater Paddling.