SOUTH DAKOTA’S GREAT 8 — Mount Rushmore, Jewel Cave, Historic Deadwood, the mighty Missouri River — rival any other state’s list of attractions, but what lies beyond the obvious things to do here? Once you’ve gotten up close and personal with Crazy Horse and traversed the alien landscape of the Badlands, it’s time to head deeper.

For your consideration, we present a lesser-known “Great 8,” where you can avoid the crowds, keep the budget at or near $0, and check out the non-guidebook side of South Dakota.

1. Making a pilgrimage to the site where Leonardo DiCaprio Hugh Glass battled a bear and won…kind of

Alejandro Iñárritu’s The Revenant brought new life to the legend of pioneer (and patron saint of badasses who plain refuse to die) Hugh Glass by chronicling his death match with a Mama Grizzly, his excruciating struggle to survive, and his quest for revenge on the men who abandoned him for dead.

While the film was shot in Alberta, a memorial site overlooking the forks of the Grand River marks the spot where America’s most epic battle of man vs. beast actually went down. The site is located within the Shadehill Recreation Area, a small state park contiguous to the larger Grand River National Grassland, which offers a scenic seven-mile prairie hiking trail. While you’re in the area, you can stop by the Grand River Museum in Lemmon to check out a sculpture by local artist John Lopez that commemorates the battle.

2. Stepping inside a castle made of petrified wood

In the early 1930s, a visionary rock hobbyist named Ole Quammen put a small team of hard-luck South Dakotans to work scavenging the area to amass a collection of fossils and petrified wood. Once the materials were gathered, he constructed a kind of poor man’s paleo-Epcot Center on a single square block of sun-beaten Lemmon. There’s a petrified castle, waterfall, and wishing well, all built of petrified wood and dinosaur bones. A forest of conical forms sculpted out of more petrified wood and bowling-ball-sized stones dredged from the nearby Cannonball River are reminiscent of a landscape from a Martian flick by Mario Bava.

A free museum — also built of petrified and fossilized materials, claws and teeth intermingling with stone — is open daily, usually from about Memorial Day through to Labor Day.

3. Spending a whole summer following the powwow circuit without ever leaving the state 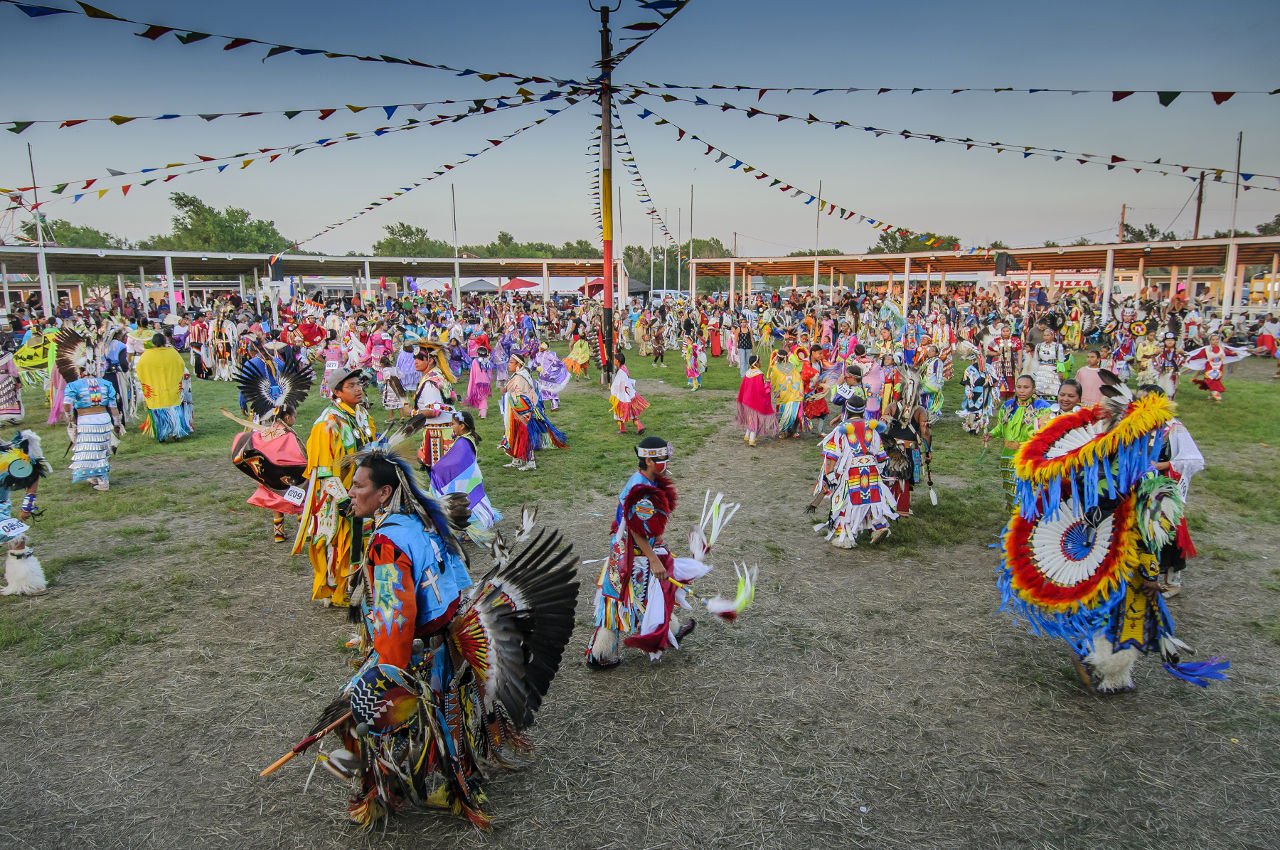 Get familiar with the moves and the swag inherent in the different styles of dance inside the powwow circle. Learn the difference between the frenetic footwork of the grass dance and the prairie chicken’s proto-Jaggerian strut. At the Sisseton Wahpeton Oyate Wacipi, you can witness a revival of moccasin — a traditional game that utilizes singing, drums, and stone cold poker faces — that can go on for days.

Between major competitive powwows like the Crow Creek Wacipi and Black Hills Pow Wow, you can take in smaller traditional affairs, like the Swift Bear Wacipi. Some have rodeos or even mud runs (jacked-up trucks barreling through muck ponds). At smaller events, cultural fusion is as ubiquitous as Indian tacos — you might hear an MC alternate between Lakota and English, and once Shania Twain played back to back with Elk Soldier Drum Group. Big-box monoculture and small-batch pretense are nowhere to be found. 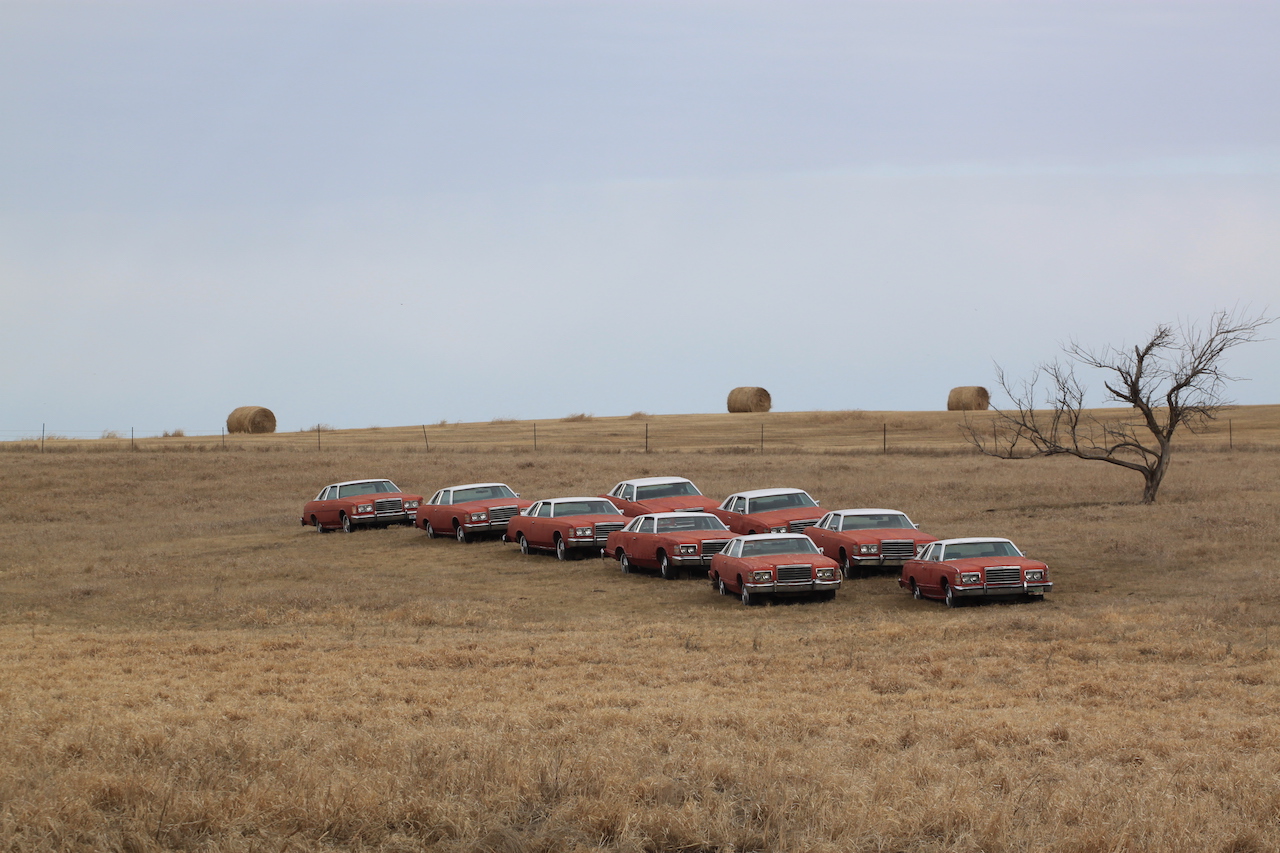 Off US-212 just west of Clark, a convoy of orange ’76 Ford LTDs might catch your eye. They’re lined up in two neat rows, like they’re parked at a traffic light. But they’re not waiting for an imaginary light to change — these are artist Ken Bell’s “Conversation Pieces.”

Bell refers to the string of LTDs as “The Parade,” the first piece produced for this weird and wonderful art project. Elsewhere, warped storm drain pipes rest in permanent contortions, rows of wooden posts reach upward for the sky, and an unwieldy tower of wagon wheels rusts beneath the prairie sun. The installations are works in progress, accumulating piecemeal on prairie time (’76 Ford LTDs are getting hard to find).

While the still-in-progress Crazy Horse Memorial is a must-see on any Black Hills junket, the lesser-known Sitting Bull Monument offers a solemn, solitary tribute to the man whose murder presaged the travesty at Wounded Knee. Just across the Missouri River from Mobridge on the Standing Rock Sioux Reservation, atop a hill with expansive views of rangy river bluffs, rests a bust that was also sculpted by the late Crazy Horse Memorial sculptor Korczak Ziolkowski. This is the monument of the great Hunkpapa chief and leader of the powerful Strong Heart Warrior Society, his gaze still fixed on country the buffalo roamed.

Directions can be hard to find. If you have a GPS, or Google Maps, punch in coordinates 45°31′08″N 100°29′07″W. Better yet, stop in Rick’s Cafe in Mobridge and ask for directions between bites of delicious buffalo chili. If you’re in town between 8am and 5pm, also visit the Scherr-Howe Event Center for a self-guided tour of great Native American artist Oscar Howe’s (beautifully restored) 1942 murals series “Ceremonies of the Sioux” and “History Along the Missouri.”

6. Brining your mind at the world’s only International Vinegar Museum

Why vinegar? Ask Lawrence Diggs, founder of the museum and of the Vinegar Connoisseurs International (a club that just may be a front for the real Illuminati), when you stop in. Housed in the historic Works Progress Administration-funded Roslyn Auditorium building, the International Vinegar Museum is a place to sample exotic vinegars, get vinaigrette-y cooking tips, and even ponder artwork made from vinegar paper. The museum is open June 1 through Labor Day, Thursday through Saturday, from 10am to 6pm. 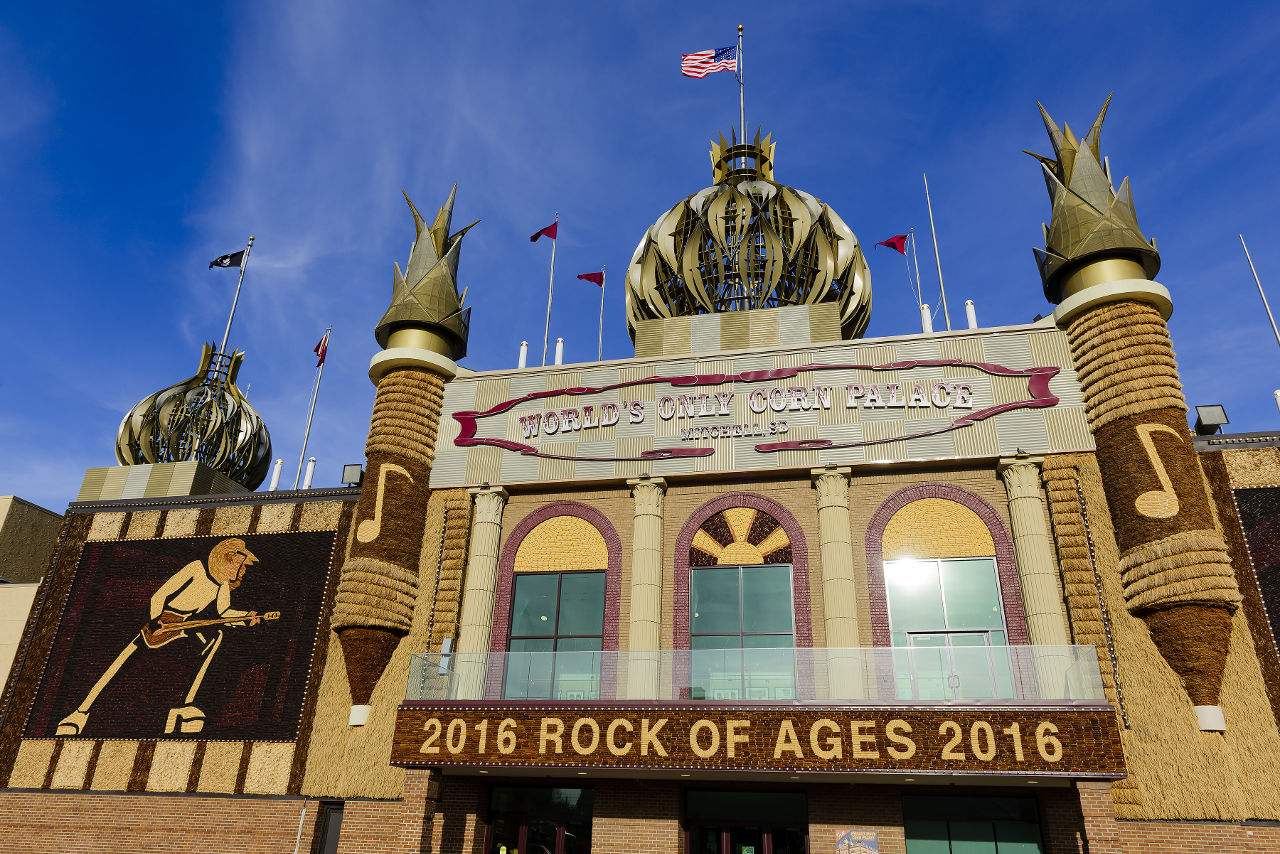 Mitchell’s Corn Palace gets reupholstered with a new harvest of cornhusk murals almost every year. While this throwback to a time when grain palaces were a common feature in towns throughout the Plains may seem like kitsch, for 24 years (1948-71) the Corn Palace was a canvas for Oscar Howe, who rose from poor origins on the Crow Creek Sioux Reservation to become one of South Dakota’s most revered artists. A new gallery inside the Corn Palace documents the Howe years through original sketches and paintings he made as templates for his corn murals.

Your Mitchell Oscar Howe tour won’t be complete without peeping his “Sun and Rain Clouds Over Hills” mural in the dome of the Carnegie Resource Center, and the Oscar Howe Gallery at the Dakota Discovery Museum.

8. Wandering among the giants at Porter Sculpture Park

Local Art Brut-ist Wayne Porter followed a time-honored South Dakota tradition when he gave up sheepherding to follow his passion, and the state is richer for it. I-90 wouldn’t be the same without his 60-foot bull head as a totem for West-bound pilgrims. For $8 per adult, you can stroll through Porter Sculpture Park, Wayne’s pastoral fantasyland of dragons and flowers, stickmen and goldfish, all scaled to the prairie’s vast expanse.