1. Get lost in a boot factory and just try to not buy a pair when you’re finished.

At a large factory like Lucchese, 275 people will touch your boots before they get to you, intricately hammering, pressing, sewing, and perfecting the materials held in their hands. I can barely paint my own fingernails without messing up. If you’re anything like me, you’ll wander the maze just trying not to get lost and, what’s more, trying to keep your jaw from gaping open at the immense talent these people have that you’ll never even be able to shake a stick at. You’ll walk away feeling a little less removed from how the real world works.

2. See how long you can subsist on Mexican holes-in-the-wall. 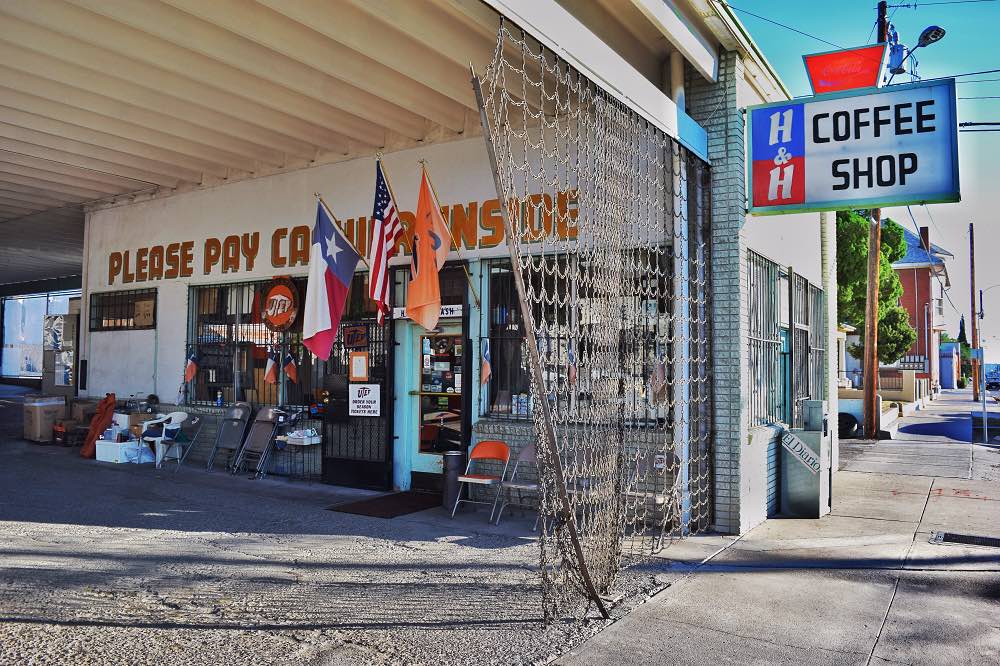 Walk into somewhere like L&J cafe or H&H Coffee and sit down to a breakfast of ham, potatoes, beans and eggs. At first, you’ll be all, “This is just a regular ol’ American breakfast, I don’t under –” and as the fork slides into your mouth, you’ll be all, “Dammit, mom, why didn’t your breakfasts ever taste like this?!” There’s something about greasy Mexican goodness that is weirdly satisfying, and with the prevalence of these dingy-yet-homey places, my guess is you can easily last a few weeks.

3. Experience the closest thing you can to the apocalypse.

I’m a sucker for a good cemetery, and Concordia looks like an apocalyptic, zombie-wonderland movie set. It’s completely overgrown in shades of mostly brown and tan, signs are knocked over, gravestones are crumbling, and simple piles of rocks are, well, what’s on top of what’s six feet under. Even weirder, the cemetery is segregated by race (you’ll know when you’re in the Mexican section by all the giant Virgin Mary statues). It’s even creepier during Halloween, when they do reenactments and ghost tours. Its lack of maintenance and disrepair makes it better.

El Paso is the home of the margarita. Yeah, you’ve never been this thankful for El Paso’s existence, have you? To experience a margarita like it’s supposed to be experienced, hunker down at Carlos & Mickey’s. Grab a waiter and have him regale you the story of how it was invented (“margarita” means “daisy” in Spanish, and there’s a whole story to go with it). Just make sure you grab him before you’re too many in.

At the top of this mountain is a statue of Jesus reminiscent of the famous statue in Rio de Janeiro. Every year, hundreds of Catholics climb up the mountain, some even on their hands and knees. You don’t have to do it like that, though – plenty of people use the mountain just for exercise. But that’s not why it’s interesting: It zig zags in and out of Mexico, and rumor has it that the Mexican side can be a little sketchy. Sketchy = adventure waiting to be had.

6. Get your chalk on at Chalk the Block. 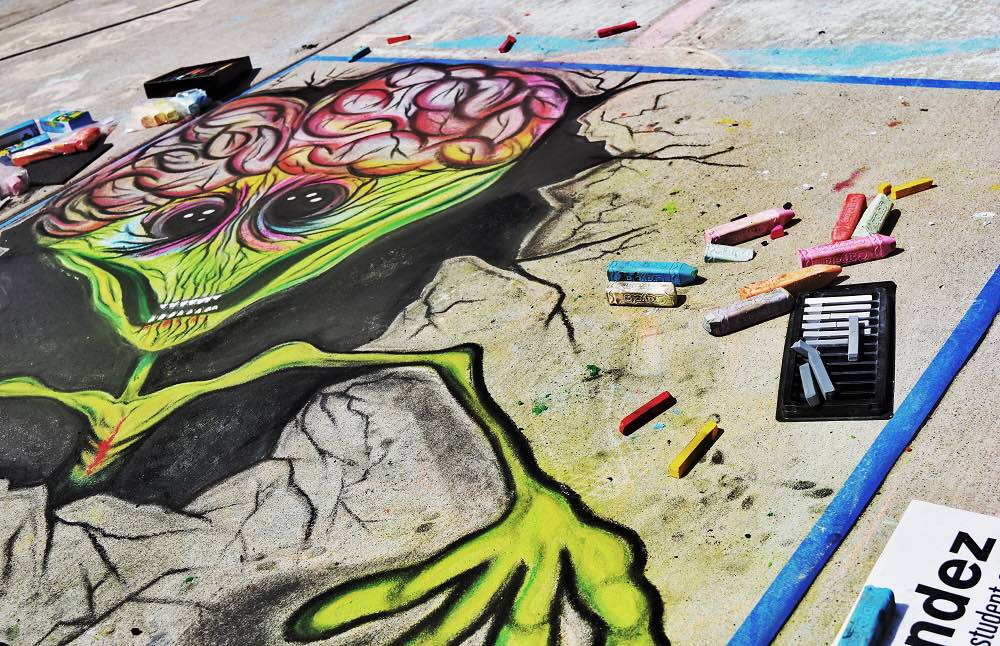 El Paso’s up-and-coming signature event racks in more than 40,000 people…for chalk. Some of the best artists in the West come out and take over downtown, painting the sidewalks and streets for two days. Sure, other cities may do something similar, but definitely not on this level. It’s a weird, unique combination of families and art snobs, all coming together to get their pants pastel-colored and dusty. There are food trucks, art vendors, live music, and by Monday morning, it’s all gone. Completely washed away. If you blink, you might miss it.

There aren’t any crazy cats there, unfortunately; it’s actually just a mountain in the Franklin Mountains and the locals happen to call it “Crazycat.” Once a mountain lion did wander into town and hung out at the car wash, but it wasn’t crazy, though. It was actually someone’s pet (!). But when you tell your friends you ran up Crazycat, they don’t have to know any of this. Let their imaginations fill in the blanks.

8. Get some first-hand perspective at the border.

I’m a white girl from the Midwest. When it comes to immigration, it’s safe to say I don’t have any real grasp on the issue. If you’re anything like me, just driving along the border highway, looking right into Juarez and watching the daily life of those just across the Mexican border is fascinating in and of itself. But talking to those that cross every day and those whose grandparents crossed every day and those who simply watch it all happening is even better – all offer different, often surprising perspectives.

Tagged
Student Work Trip Planning
What did you think of this story?
Meh
Good
Awesome

Faith on the Frontier: Exploring the El Paso Mission Trail