I LIVED IN OHIO for the first 25 years of my life, and I didn’t make it to the southeast part of the state for the first 18 of them. I’d always dismissed out of hand anything that wasn’t one of the “Three Cs” (Cincinnati, Columbus, and Cleveland). So naturally, I was shocked when I finally drove through. This place — the place I’d written off my entire life — was beautiful. An entire corner of my home state, unexplored.

One of the highlights of the Ohio Appalachian Plateau is the city of Cambridge. It’s a small, unassuming town, with just over 10,000 people. But its size is deceiving — this is an incredible place, particularly for a weekend trip (it is, incidentally, an easy drive from any of the Three Cs, as well as from Wheeling, Akron, and Pittsburgh). Here are eight ways Cambridge surprised me; I’m guessing it’ll have the same effect on you.

1. It’s paradise for anyone who likes being outside. 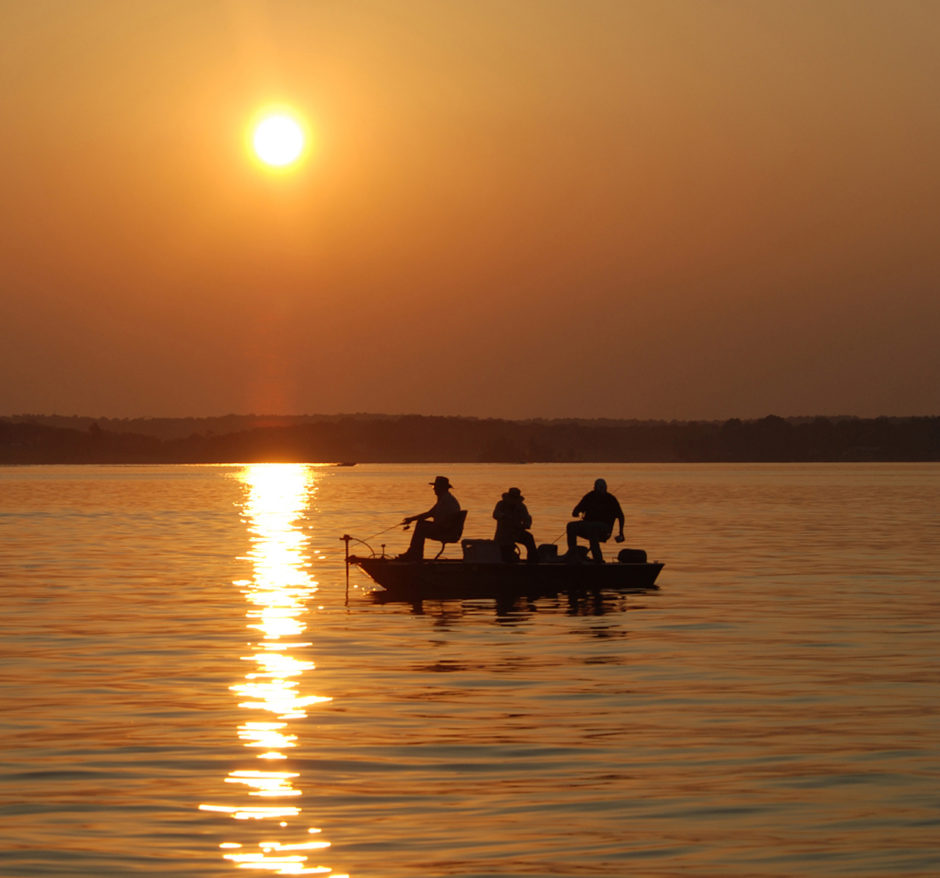 Outdoors fans aren’t going to do much better in the state of Ohio than the parks around Cambridge. Hit up Salt Fork State Park, home to the state’s biggest inland beach and some truly great fishing — cast a line for catfish, largemouth bass, walleye, or, just for fun, brag that you caught a couple crappies. Never cast a line in your life? The local Ohio Muskie Fishing guide company has been in the business for 27 years, and will do their best to get you a trophy Ohio muskie — and they’ll supply the gear.

Twenty miles outside of Cambridge is Seneca Lake Park, another solid fishing spot (think catfish, bass, and bluegills) and super fun to explore by boat — it’s part of the Muskingum Watershed Conservancy District’s chain of lakes and has 45 miles of shoreline to explore. The park is also a pretty cool place to spend the Fourth of July — they put on a fireworks show from the lake, which means you can watch colors light up the sky and the water.

2. The food is tremendous.

When you think of the foodie revolution, you normally think of big cities — New York, San Francisco, LA. But Cambridge is a small-town exception. Perhaps most notable is the Bear’s Den, a farm-to-table restaurant that only uses locally produced beef. Carnivores are spoiled for options in Cambridge, with Central Station Steak and Ale also serving up some excellent, never-frozen beef.

Other highlights are the Italian-meets-Greek restaurant The Forum and the pie at Theo’s, where more than 80 years of experience and three generations of family ownership mean one pretty awesome pie crust. And if you’re just in the mood for a beer, some wings, and a chill dive-y feel, you can always head to the Park Circle Cafe.

3. There’s wine right here in the middle of the Appalachian Plateau…good wine. 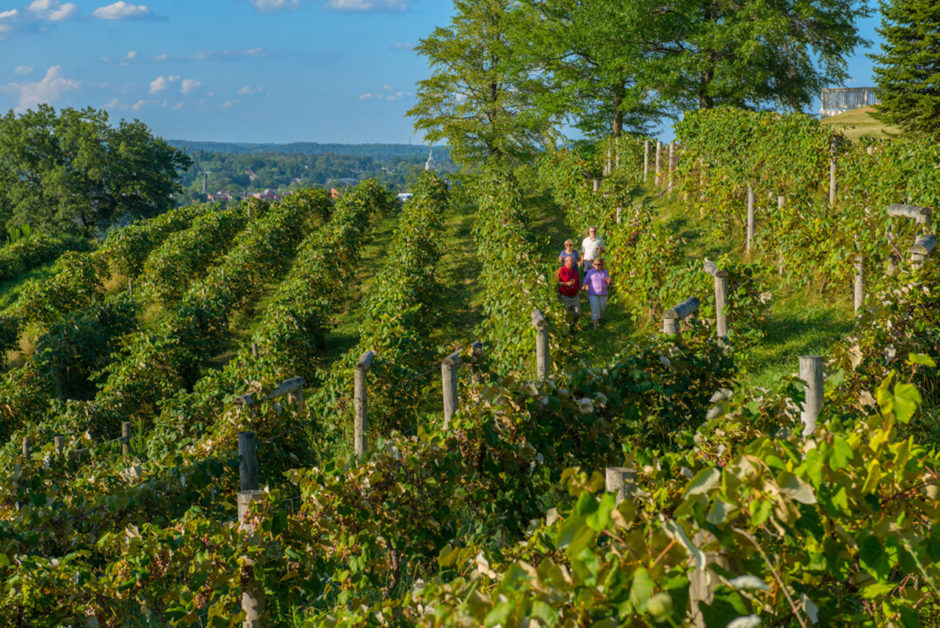 The Appalachian foothills don’t get the credit they deserve when it comes to wine. Seriously, one of the coolest things you can do in Cambridge is visit Georgetown Vineyards. Resting on a ridge overlooking the historic downtown, they feature a delicious selection of dry, sweet, and semi-sweet wines. There’s plenty of alternatives to the good old-fashioned cab sauv here — try the red raspberry, cranberry, and rhubarb pours.

Not a wine fan? No big deal. They also serve their own craft brews (Southside Brewing) and brick-oven pizza. It’s kind of the perfect date night.

4. The town has been in the glass-making business for over 100 years.

Cambridge is particularly well known among glass collectors; it was once home to the Cambridge Glass Plant, formed back in 1873. The factory building was torn down over a hundred years later in 1989, and residents weren’t happy, lamenting that “the skyline of Cambridge would never be the same.” Life went on, though, and Cambridge hasn’t lost its glass obsession. Glass collectors can still get their fix at the National Museum of Cambridge Glass, or by touring the modern-day Mosser Glass factory — founded by a former plant manager at Cambridge Glass back in the ’50s who started his own company in a chicken coop.

Want something to take home with you? You can shop for hours at Country Bits, comprising 10,000 square feet and more than 70 independent vendors, from artisans to bakers to people who’re really into model steam engines. Hunt for antiques at Penny Court, which has been open for more than 20 years and features no shortage of Cambridge glass for sale. If you still haven’t found what you’re looking for, there’s also the Towne House, a local favorite for over 30 years.

In August, Cambridge hosts the Salt Fork Arts & Crafts Festival, where some 100 artists of all types — potters, metalworkers, jewelry makers, painters, photographers, you name it — converge for a three-day festival judged by a jury and open to the public for endless perusing.

5. Cheetahs and rhinos roam freely in the nearby woods.

The Wilds is an extension of the world-renowned Columbus Zoo and is a short drive from Cambridge. It’s a 10,000-acre safari park that, unlike most zoos, allows animals to roam in open-range habitats. And it’s not just your typical Ohio wildlife — The Wilds is home to cheetahs, ostriches, zebras, and giraffes, among others.

The Midwest might not exactly be synonymous with safaris, but you can go on one here. Even better: You can stay in a yurt tucked in the trees next to the animals’ pasture areas while watching for African painted dogs through your binos.

There’s nothing quite like that small-town, It’s a Wonderful Life feel you get in some Midwestern towns. It’s a look that’s on the wane, as more cities succumb to modern architecture and strip malls. But Cambridge’s Historic Downtown, founded in 1803, is still about as quaint and charming as they come.

A small group of locals has been working hard since 2003 to re-energize the downtown core, and it seems to be working. The Main Street strip hosts a farmers market every Friday during the summer, and between the local chocolatiers at Nothing But Chocolate, the Amish cheeses sold at McKenna’s Market, and the snippets of history at the Guernsey County History Museum, you could spend a wonderful weekend merely walking up and down the main strip.

Take The Wilds — where you can ride horses or go on a zipline course — and add in the dozens of other outdoor activities within a short driving distance, and Cambridge makes a great base from which to explore the rest of southeastern Ohio with your kids.

The town is also home to the Learning Jungle, a toy store and educational center where you can shop for games or stock up on supplies for the kids’ next science fair project. If you come on the right weekend, you can participate in the “Princess for a Day” event, where kids dress up, make chocolate crowns, and ride around in horse-drawn “princess carriages.”

8. The local calendar of events is extensive.

Downtown Cambridge hosts amazing events throughout the year. Aside from the weekly farmers markets, there are historical walking tours (Cambridge is the hometown of Hopalong Cassidy and the birthplace of astronaut and Senator John Glenn), art tours, a yearly classic car show, a motorcycle festival, barbecues, October Fest, and a Dickens Victorian Village over the Christmas season — not just a cute little replica, but 93 scenes including 167 life-size Dickensian mannequins recreating classic scenes from Victorian society.

It doesn’t really matter what week you’re visiting — there will be something cool going on in Cambridge.