1. We have waterfalls in the middle of our city.

Coined for the Sioux (Lakota) Indians, the Big Sioux River is located a few blocks east of Phillips Avenue Diner and Luciano’s North, smack dab in the bustling downtown district. The river drops an average of 7,400 gallons of water per second over natural, towering spillways of sparkling rose quartzite, creating the distinctive Sioux Falls for which the city is named.

The surrounding Falls Park comprises 123 acres of river, rock, and grassy knolls and is home to some of the city’s first buildings, including centuries-old mill ruins and a powerhouse that’s now the Falls Overlook Cafe, where you can sample “Angry Mayo” on their signature shrimp po’ boys while water-gazing.

2. We’ve got incredibly authentic Mediterranean food in the heart of the Midwest.

Sanaa Abourezk, chef and owner of Sanaa’s 8th Street Gourmet at downtown’s 8th & Railroad Center, is so confident you’ll love the eggplant kufta, fresh tabbouli, and tahini & pomegranate sauce in her weekend-only 10-course buffet, you can pay after you’ve eaten (definitely throw in some of her asparagus risotto and rice kibbeh as well). But first, she’ll come by your table to personally serve you steaming Turkish coffee and offer a dessert from an array of fresh-baked, gluten-free baklava, apricot-pistachio tarts, or stuffed walnut cookies.

Sanaa recently gave Food Network’s Bobby Flay a real Sioux-Falls-by-way-of-Syria run for his money. She may not have beaten Flay, but she won the hearts of those of us who’ve been swooning over her olive green tapenade for years.

3. We have four pro sports teams all to ourselves. 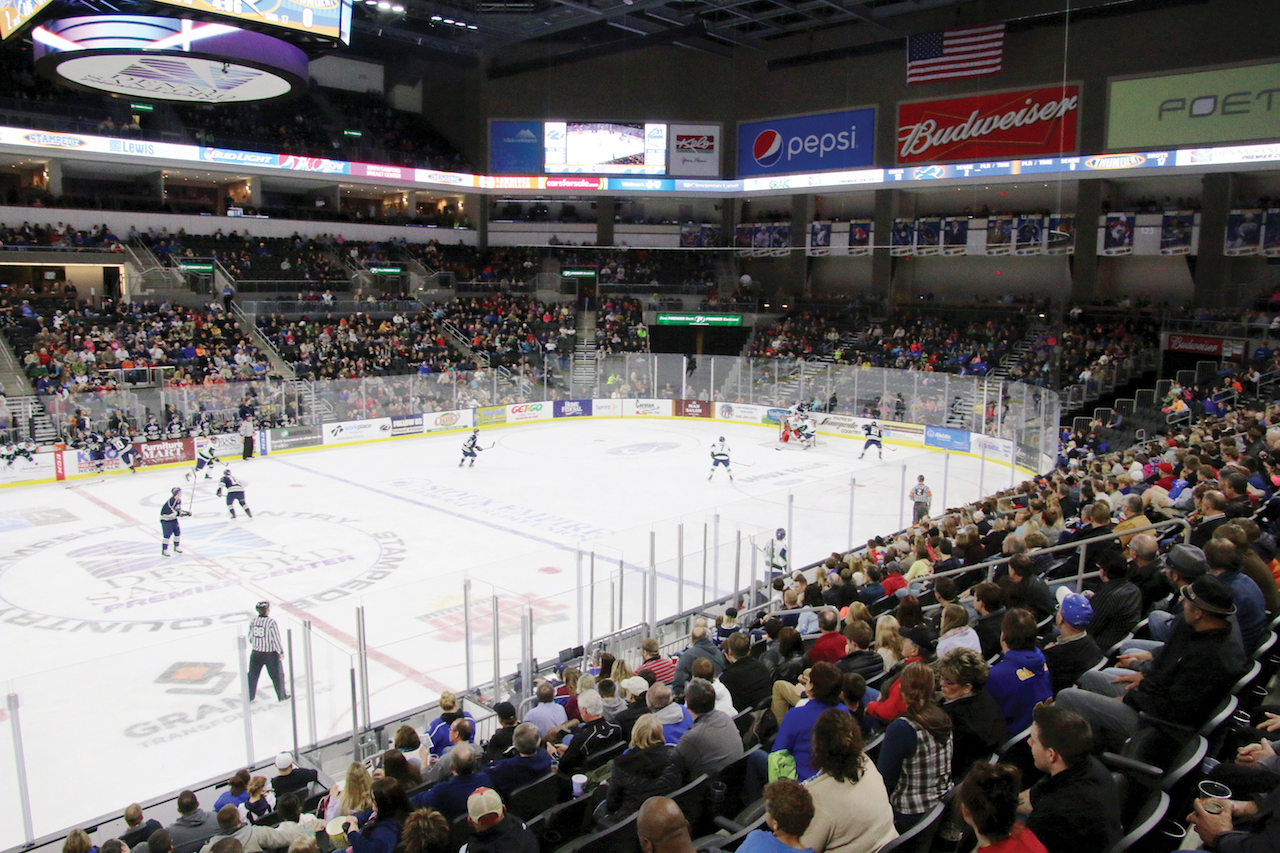 The Sioux Falls Stampede, who often sell out the 10,000+ seat PREMIER Center, won their second Clark Cup championship in 2015 (NHLers Thomas Vanek of the Minnesota Wild and Andreas Nödl of the Carolina Hurricanes are former Stampeders). When you need more cowbell, check out the Stampede’s buffalo mascot Stomp and his wee sidekick Tiptoe — they really know how to pump up a hockey crowd with their drum and cowbell duets.

South Dakota businessman and philanthropist T. Denny Sanford, who made his fortune as owner of First Premier Bank and Premier Bankcard, headquartered in Sioux Falls, likes to share the love. Sanford’s gifts to the city have created the Sanford Children’s Hospital, called the “Castle of Care” for its vibrant, colorful castle architecture designed to lift the spirits of ailing little ones, as well as modern sports centers and schools of medicine.

For a fun family round of I-spy, cruise down 41st Street and see how many times you can spot “Sanford.” Winner gets bacon pancakes at The Original Pancake House.

5. We’ve seriously got a Rock School. You know, for kids. 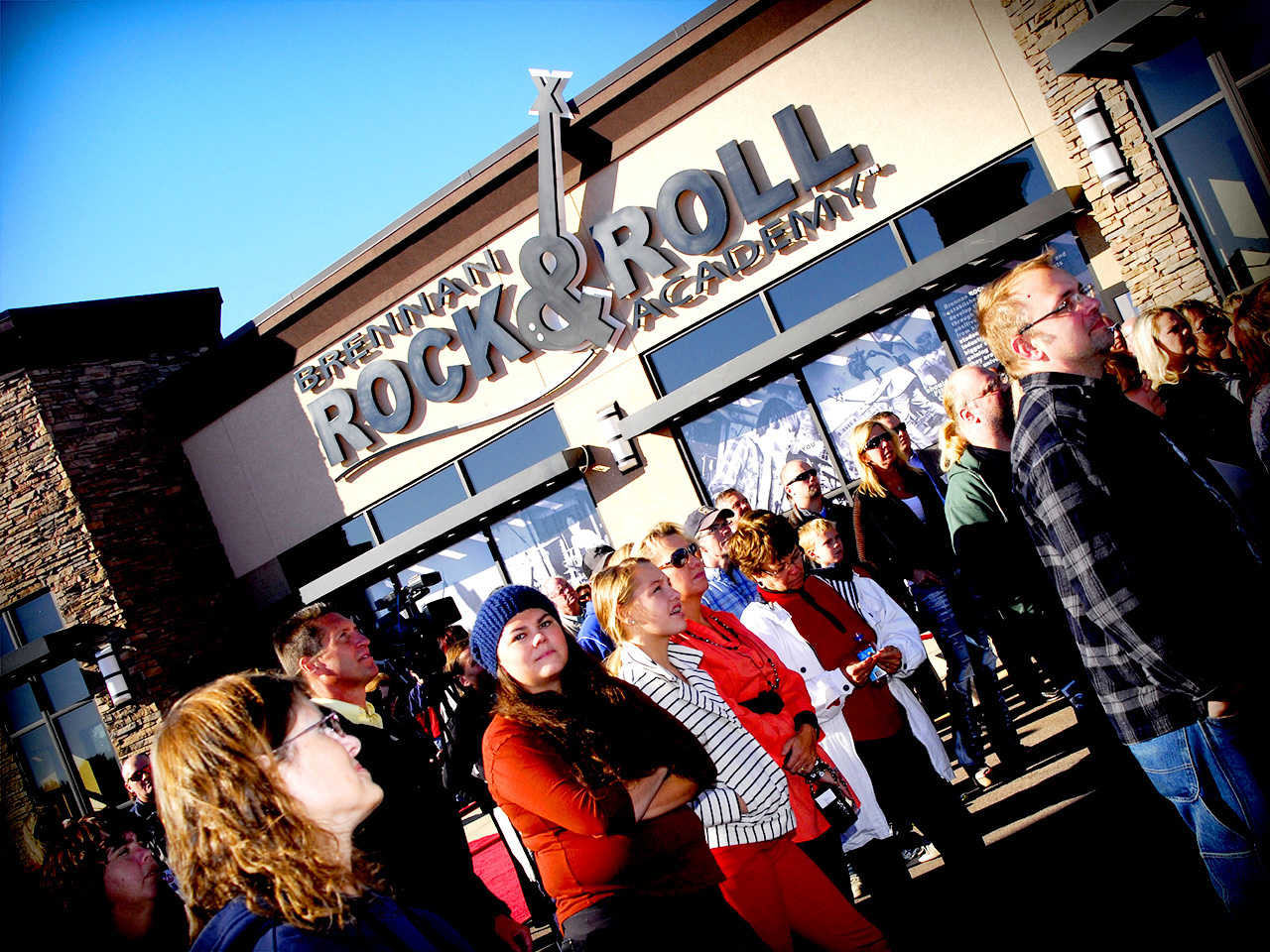 Bona fide rock gods Rob Zombie, Slash, Vince Neil, Alice Cooper, and Gene Simmons routinely drop by the Brennan Rock and Roll Academy near downtown Sioux Falls to shred with aspiring young rockers. Thanks to founder and Dollar Loan Center owner Chuck Brennan, whose pals include Ozzy Osbourne and the members of KISS and Mötley Crüe, the kids who take lessons in guitar, bass, and drums at Brennan’s nonprofit rock school get the chance to open for legends like The Doors’ Robby Krieger.

And parents and grandparents, you can rock out to classic concerts by Queensrÿche, Loverboy, and The Offspring at Brennan’s companion enterprise Badlands Pawn, “a pawn and entertainment fortress” easily accessible from I-90 or I-29. Get a free tattoo from the onsite ink artist while you shop for rocking secondhand Black Hills Gold jewelry.

6. We’ve got no-frills, stiff drinks along with some mighty fine micro ales.

With dozens of down-home, casual clubs, and a burgeoning microbrewery scene, Sioux Falls can produce your poison, you name it. A plethora of wood-paneled VFW lounges and American Legions catering to veterans and retirees serve strong, inexpensive cocktails the way God intended. More bite than bark, the Greyhound (vodka and grapefruit juice) at the VFW on South Minnesota won’t disappoint.

For those who prefer their alcohol hoppy and their décor hip, locales like WoodGrain Brewing Co., Monks House of Ale Repute, and Fernson Brewing Company literally have hundreds of select homebrews to choose from. Sample a Farmhouse Ale from Fernson’s taproom while you munch delicious Dot’s Pretzels imported from “the other Dakota.”

The wide-open skies and prairie breezes in and around Sioux Falls make for ideal conditions for hot air ballooning, which is why enthusiasts gently descend to the city each August for the Great Plains Balloon Race. Pack a blanket, grab some sushi-to-go from nearby Tokyo Sushi & Hibachi, and head to Kenny Anderson Park on East 6th Street for front-row-everywhere seats as dozens of hot air balloonists fill their colorful aircrafts and a rainbow of lofty vessels floats atop the Sioux Falls skyline.

Stick around post-twilight for the “night glow” climax, when crews ignite the propane burners used to produce the hot air and the grounded balloons illuminate the night like giant Christmas lights.

Maybe it’s because we’re a college town (Augustana University, University of Sioux Falls, Southeast Tech). Maybe it’s because our winters are long and our patience in waiting for Hozier to drop another album is short. Regardless, Sioux Falls independent record label Different Folk incubates a lengthy and impressive roster of local musicians for a city with fewer than 175,000 residents.

9. We come for the burritos, stay for the sambusas, and come back for the pho. 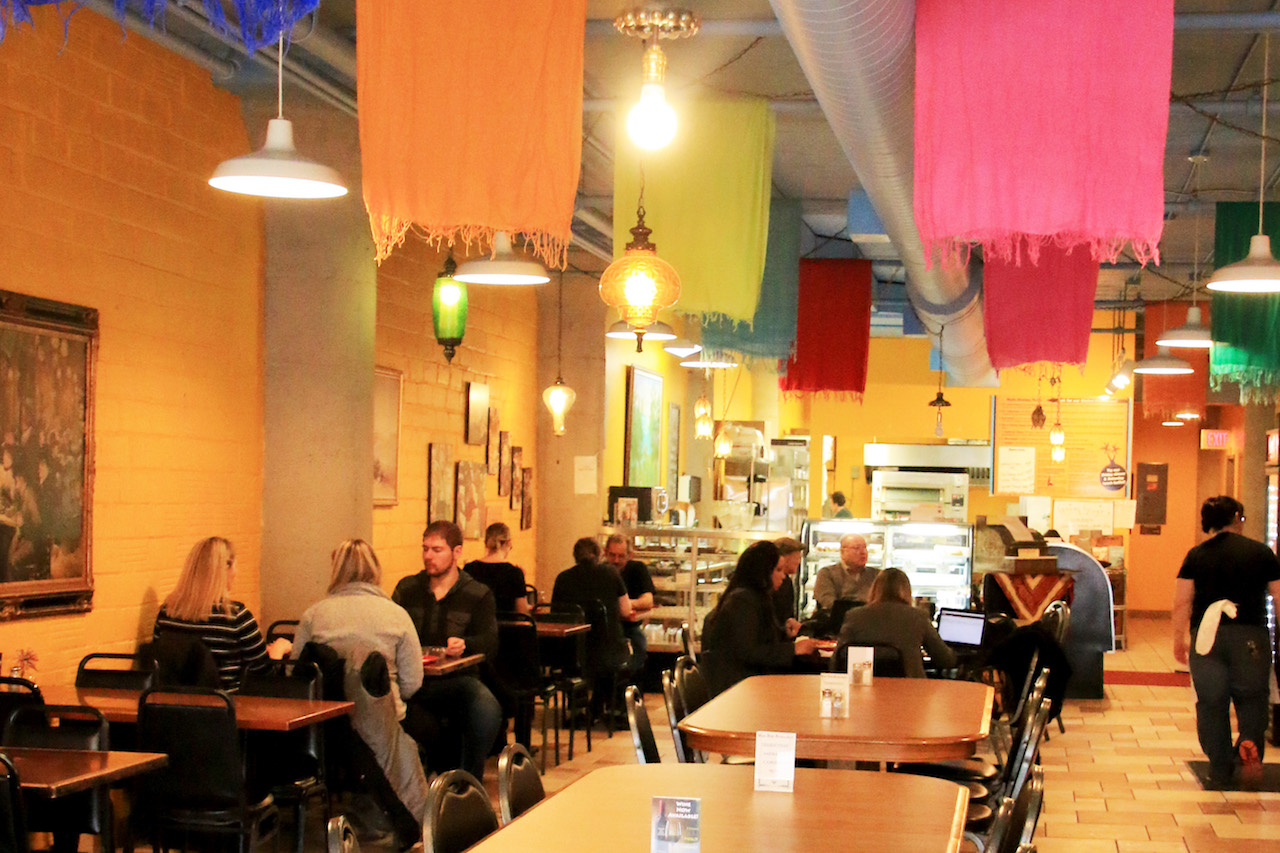 Sioux Falls is home to sizeable communities of folks hailing from Central America, Eastern Africa, and East Asia. Mexican, Ethiopian, and Vietnamese culinary traditions are making an imprint on local cuisines, as evidenced by a burgeoning number of family eateries featuring recipes from the homeland.

13 Things You Most Definitely Didn’t Know About Sioux Falls, SD