I like to say I’m a skier. I’ve spent the past decade chasing storms around the globe and I’ve averaged well over 150 days each season. I’ve hit all the major destinations: I lived in Whistler for three years, spent different summers in Portillo and Las Lenas, and even ventured to Norway to ski the Lyngen Alps. For the past two seasons, I’ve lived just five hours north of Revelstoke, in Jasper, Alberta.

Still, I’d never been to the ‘Stoke.

Last December, in the midst of another epic Rockies dry spell, I needed my powder fix and Revelstoke was getting hammered. With two friends along for the ride, I finally headed south to find out if the resort lived up to its reputation. Here are 5 steps to finding the ‘Stoke in Revelstoke: 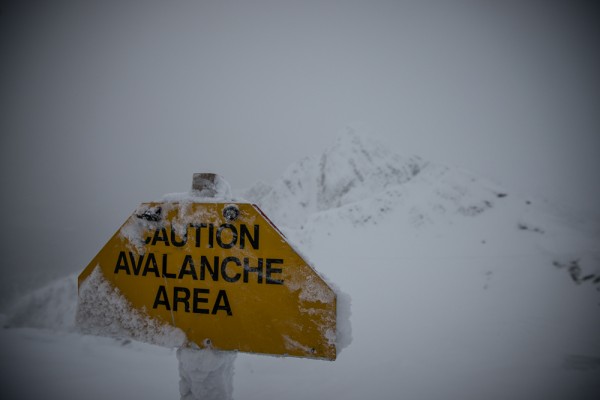 “Generally, you want to ski avalanche terrain,” says Troy Leahey, Revelstoke Mountain Resort’s head avalanche forecaster. “My primary concern is to open terrain as quickly and efficiently as Mother Nature allows, and I think we’ve got that reputation with high-end skiers. We wouldn’t have that if we weren’t getting things open.”

Leahey wasn’t satisfied without proving his case. He guided me towards the sub-peak, a 15-minute hike above the Stoke Chair, and into a run called Discipline. He explained how they suspend 25km sacks of ANFO (ammonium nitrate fuel oil) above this terrain with an aerial tram to trigger avalanches before opening it to the public.

When his explanation ended, he stepped into his bindings and dropped over the edge. I followed and found untouched boot-top powder on every turn. 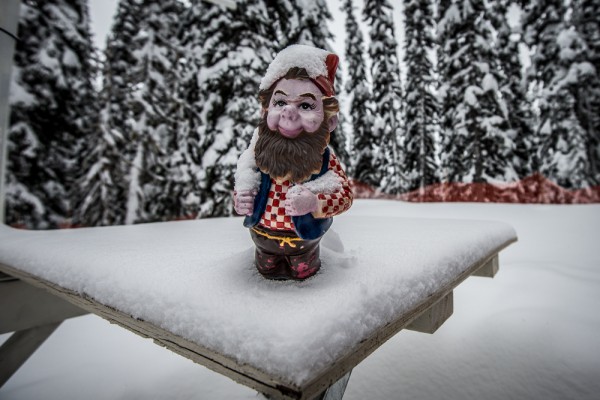 Gnorm the powder gnome hangs out at the top of Revelation Chair in the avalanche team’s weather plot. He’s got the easiest job on the mountain; his sole duty is to deliver the ‘stoke via webcam for skiers and snowboarders checking in to see how much snow accumulated overnight.

He’s had a busy season this year. In the two weeks prior to our visit, 177cm had fallen. To date, nearly 800cm has fallen this season, which puts the resort on track to break their annual snowfall record set in 2010-2011.

Our final morning in Revelstoke, Gnorm stood buried to his waist in 12cm of overnight snow, but there were whiteout conditions and 70km/h winds that made skiing in the alpine difficult. Two laps into our morning, a local said he’d show us his favorite low-light stash and led us to Stihl Life.

Running from the top of the Stoke Chair to the Revelation Gondola’s mid-station, Stihl Life was 1,000 vertical-meter glades chock full of pillow lines. And it was roughly twice as long as a lap back home. 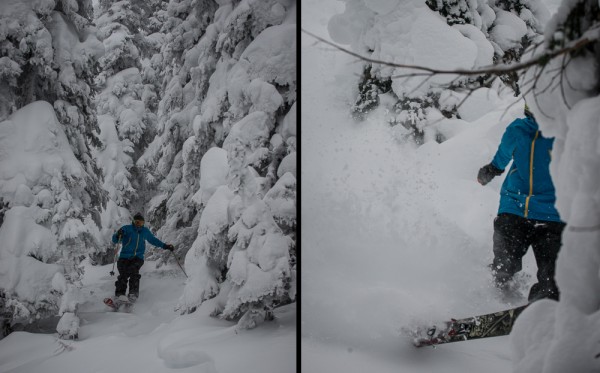 While we can’t all ski like Drew Tabke during the Freeride World Tour stop in Revelstoke, the resort is primed for pushing limits. When combined, the steep terrain and deep snowpack make for a forgiving crash pad.

Just be careful not to get in too deep. Leahey told me a few horror stories, including skiers being trapped above closeout cliffs before being long-lined to safety by a helicopter. 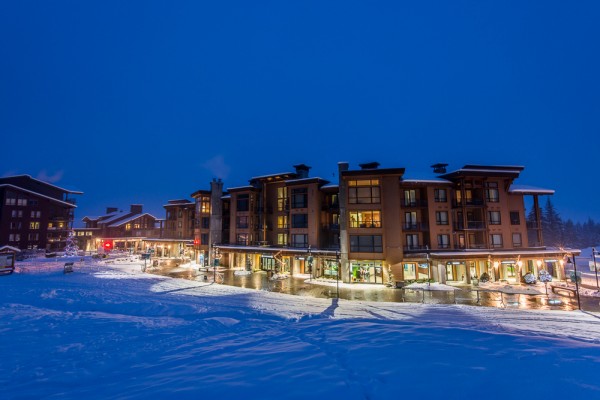 And because it’s located a few steps from the gondola, it was easy to keep an eye on the weather and to make damn sure we’d catch the first lift when it mattered. 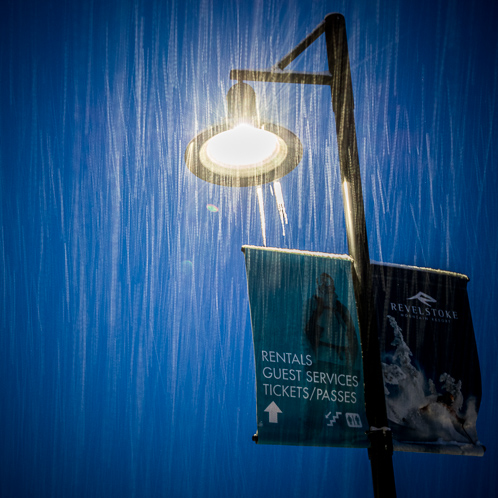 [Note: Jeff was a guest of Revelstoke Mountain Resort.]

Tagged
Ski & Snow Insider Guides
What did you think of this story?
Meh
Good
Awesome

How To Ride the Awesome Pipe Mountain Coaster in Revelstoke, Canada