Exploring the windy roads and rolling hills of France’s countryside in Cognac is a great trip in itself, but add some time with the beverage of royalty and you’ve got a unique experience.

Here are some things to do while in the region: 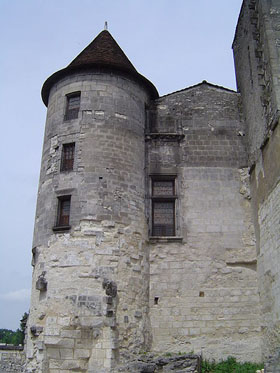 Sleep in a chateau

The Cognac region has no shortage of accommodation options. If you’re looking for something in the center of town, check out the Hotel Francois.

For more atmosphere, the area is home to countless chateaus. A step above a B&B, chateaus are reasonably priced at around 100 € per night. Two worth a look are Chateau de L’Yeuse — where you can sip tea on a terrace while overlooking the hills — and Chateau Saint Martial, with private jacuzzis in the rooms.

Stroll through the town

The Charente River gives the towns of Cognac and Jarnac their quaint riverside feel. While you can easily spend all your time in the cafes and shops, there is much more. The Musee des arts du Cognac has a history of the town and its famous brandy, as well as art collections donated by local families.

A walk through Vieux Cognac and the town’s walls at the Chateau and Saint-Jacques Gates will take you back in time.

To rest your feet, hop on the local tram. The Tourist and Information Office provides tickets, maps, and walking tour information. 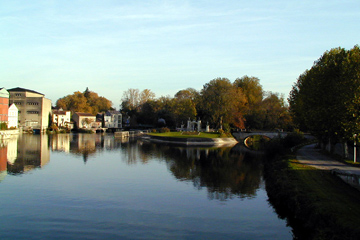 With the Atlantic Ocean only a two-hour drive away (the beach town of La Rochelle is highly recommended if you have time), seafood is available in abundance. Petits gris à la charentaise (snails) is a local delicacy, as is cognac-flavored Bavarian cream.

The BNIC (Bureau National Interprofessionnel du Cognac) is an organization of 5,000 cognac merchants from the region, where 96% of the world’s cognac is produced.

Six areas are distinguished by their soil: Grande Champagne, Petite Champagne, Borderies, Fin Bois, Bon Bois, and Bois Ordinaires. When it was discovered the grapes in these areas were not suitable for fine wine, brandy was born. And when the distillers began to blend the brandy at different stages, cognac was created.

Although the basic process is simple, it is time consuming. It all begins with one litre of wine. After aging for 20 years, two-thirds is left. After an additional 30 years, half a litre remains. 100 years on you have just 10% of the original, and this is known as eau-de-vie (water of life) — the principal ingredient of cognac.

The three major types — VS – Very Special; VSOP – Very Superior Old Pale; and Napoleon XO – Extra Old — come from the differences in the process and how the liquids are blended.

Eighty percent of the world’s cognac comes from just four distilleries: Hennessy, Martell, Remy Martin, and Courvoisier. The French government sets the guidelines and regulates the use of pesticides and harvesting times.

While Hennessy has its own vineyards, they’re more for testing purposes as the company uses nearly 2,000 growers to make their cognac. Since Irishman Richard Hennessy began his own company in the early 1700s, Hennessy has remained a family business, joining Moet & Chandon Champagne in 1971 to form Moet Hennessy. 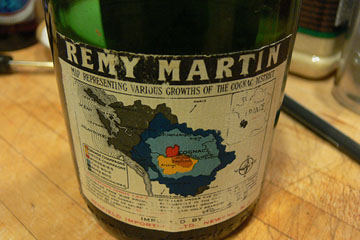 Jean Martell, who came from the island of Jersey, set up his company in 1715, making Martell the oldest of the cognac producers. On the grounds of the distillery is the Founder’s House, open to visitors and full of old documents and photos dating back to Jean Martell’s early days.

Remy Martin has been making cognac since 1724 and today produces 1.8 million cases per year. They also established the house of Piper-Heidsieck Champagne 60 years later. In the Cognac region, they operate Les Rendez-vous Remy Martin, where visitors can create packages that include everything from a picnic on the grounds to personalized tours and stays.

The House of Courvoisier is one of the younger cognac companies, only dating back to the 19th century, when Emmanuel Courvoisier and partner Louis Gallois turned their wine and spirit company in Bercy into a cognac dynasty, all thanks to a man named Napoleon. It was Napoleon III who labeled Courvoisier the “Official Supplier to the Imperial Court.”

All of the major cognac companies offer distillery tours and tastings. Tours can also be arranged for some of the smaller cognac vineyards.

Although most people will tell you that cognac should be drunk neat, 70% of it is used in mixed drinks. The BNIC lists a few interesting choices including Cognac Summit (lime juice, ginger, VSOP cognac, lemonade, and cucumber) and Pink Love (VSOP cognac, raspberry liquor, and champagne).

There are flights within Europe to Poitiers and La Rochelle (both under two hours away by car) through Ryan Air. From Paris, it’s about a five-hour drive to the Cognac region.

While in France, don’t waste your money on the Evian. Drinking tap water is on the rise in the country.

If you’re going to be in Paris as well, Paris, France By the Numbers can give you unique insight on the City of Lights.

Tagged
Luxury Travel Trip Planning
What did you think of this story?
Meh
Good
Awesome

Innovation is turning Cognac into a destination, not just a digestif