Forty-five minutes from Indianapolis, two hours from Cincinnati, two hours from Louisville, and three hours from St. Louis, Bloomington kind of makes for the ideal stop on your next Midwestern road trip. The city is home to Hoagy Carmichael, John Cougar Mellencamp, and celebrity cat Lil Bub…still, there is so much to do.

Bloomington has Indiana University and seems like it would have been an incredible place to go to college, but it’s also great for someone who graduated from college a decade ago. Like myself.

A lot of college towns feel like if you’re not a student or an academic, you’re relegated to a life standing at the rock n roll bar, drinking PBRs and hitting on incoming grad students. A career that once befit me, but now I’m productive. And I like that Bloomington has things to do for people in their late 20s and early 30s.

My girlfriend and I ate some excellent meals in Bloomington. We went to the Uptown Café and ordered crab cakes for dinner. I was initially skeptical because Bloomington is not located near any crustacean havens, but the crab cakes were fresh and delicious. Our guide explained that Bloomington could have such high-quality food because of its proximity to wholesalers in Chicago and the fact that Indianapolis is a hub for FedEx. This means fresh crab could be procured off the coast of Maryland in the morning and on your plate for dinner. 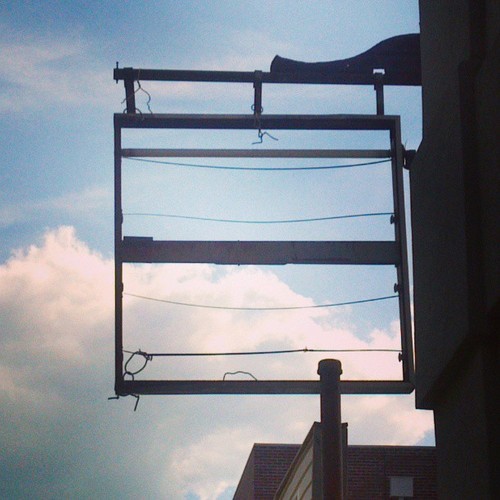 Since Bloomington is located in farm country, you can regularly get high-quality fresh produce direct from farms, the weekly farmers’ market, or the Bloomingfoods co-op.

We talked to people in Bloomington who said there are so many dining options in town that they rarely go to Indianapolis. Downtown has farm-to-table, continental, and comfort. Since the university serves an international community, you can eat authentic Chinese, Korean, Thai, Japanese, Turkish, Tibetan, and Indian.

Bloomington has plenty of bars, but is also home to several local breweries and wineries. After a long day hiking along the B-Line across the city, we had thirst-quenching Hefeweizens at Upland Brewery. The next day we we enjoyed a Traminette at Oliver Winery. It tasted kind of like a Gewürztraminer, but much easier to spell. It’s also a bit drier, but I really enjoyed it. Traminettes are produced at many of Indiana’s local wineries, which you can visit along the Indiana Wine Trail. 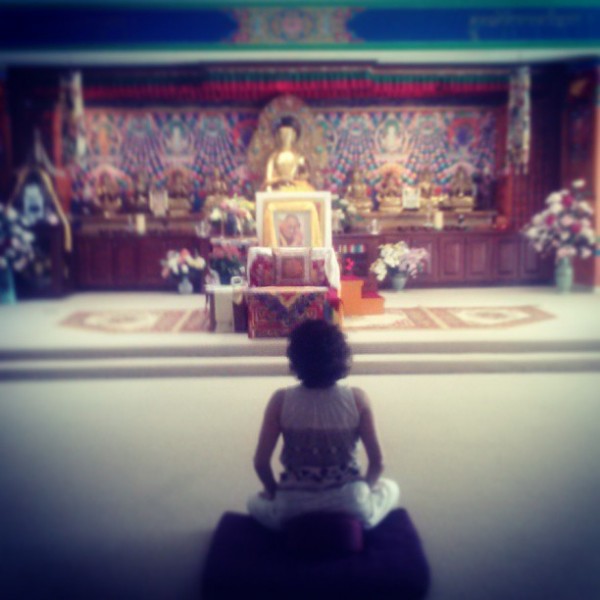 I suppose it’s a bit surprising to say in the middle of Midwestern farm country, but we visited a summer home of the Dalai Lama. It was just a few miles from town at the Tibetan Mongolian Buddhist Cultural Center, a center devoted to the preservation of Tibetan culture and religion. This site was founded by the Dalai Lama’s brother, who was a professor of Tibetan Studies at Indiana University. When the Dalai Lama comes to town, he sleeps in his apartment on the property. The site is open for visitors to enjoy the serene trails, stupas, yurts, and to spend time at the chapel for interfaith worship.

Bloomington always has something with international flavor going on. We were lucky enough to be visiting during the Lotus Festival, and we saw an incredible Cuban jazz pianist at the Buskirk Theater, a French-Canadian hip hop group, and a South Asian electronic dance fusion group.

Music is a huge part of Bloomington’s culture. The IU School of Music regularly hosts international classical and academic performances. The city also attracts lots of indie rock shows, thanks to the student body and indie labels JAGJAGUWAR, Secretly Canadian, and Dead Oceans.

The week we were in town, rapper Danny Brown and’90s alt-rockers Candlebox performed at the Bluebird. Big names in stand-up comedy also come through Bloomington. The Comedy Attic was advertising upcoming shows with Bobcat Goldthwait, Rob Delaney, and Janeane Garofalo. 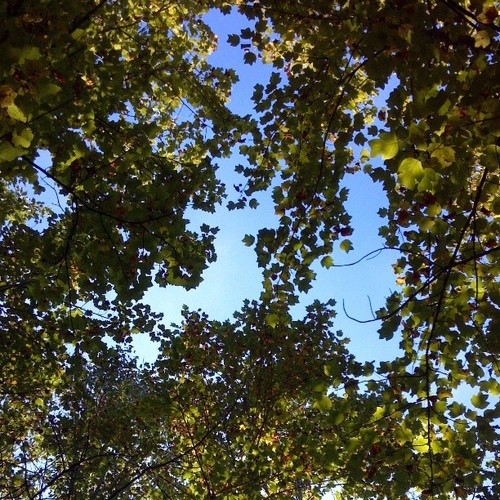 Beyond art and culture, there are also some innovative businesses anchoring a burgeoning tech scene in Bloomington, along with places like SproutBox, a start-up incubator. It’s similar to the ones you’d find in Silicon Valley, but without all the pretenses of Silicon Valley. SproutBox’s cofounder Mike Trotzke travels a lot for business. He would pass through Palo Alto, New York, Boulder, looking for the perfect tech epicenter, but soon realized what he wanted was already where he was, so he built one himself.

I don’t blame him — Bloomington is one of those places that’s worth visiting but things are so good you might not want to leave.

* Josh was a guest of Visit Bloomington on this trip.