A LOCAL FRIEND described Malmö as an “open and alternative city; a bit fuzzy and wild but in a good way.” Sweden, in my mind, seemed so neat and orderly; the notion that Malmö had a reputation as unruly was intriguing.

So, on my most recent Scandinavian visit, when my friend couldn’t get time off to leave town, I had the opportunity to get past the headlines and explore the city with someone who knew it. 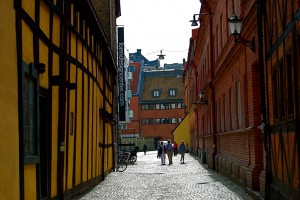 Malmö is in southern Sweden’s Skåne region, just across the Öresund Bridge from Copenhagen. While it has its own airport, Copenhagen Kastrup offers easier and quicker access.

I collect my bags and head straight for the vending machines selling tickets for the 20-minute train ride to Malmö Central. I put my passport away because no documentation is required to cross into Sweden.

(Since my visit, Denmark has decided to reintroduce controls at its borders with Sweden. While it’s unclear at time of writing, passport checks may be required in the future.)

I arrive and meet my friend late on Friday evening, but we still have time for a run to the System Bolaget (government-run liquor store that strictly enforces rules on alcohol purchase) to stock up on beer and cider before the night begins. Bar drinking can get expensive in Sweden — true in general for all Scandinavian countries — so a few beers before heading out helps cut down on costs. 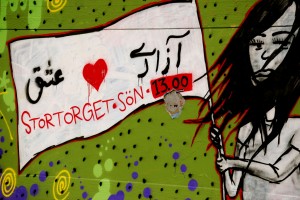 The state liquor store is, even in “wild” Malmö, the only place you may purchase alcohol and keeps limited hours (closes at 3pm on Saturdays), so take note and stock up.

My arrival coincides with the first night of the Malmö Festival. Every August, this eight-day event hosts 250+ concerts by Swedish and international acts, as well as theater shows and street art. The whole thing is completely free of charge.

During the day, the city’s main square is filled with food vendors selling dishes from all over the world — during this visit, I grabbed Chilean empanadas from a vendor in a tent (complete with Salvador Allende portrait) sandwiched between a Texas-style barbecue rib joint and a Swedish candy stall.

After watching a show on the main stage, we head to Debaser. The bar has a changing schedule of club nights, concerts, and a list of cocktails inspired by the Pixies. 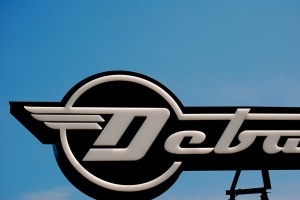 The “Slicing up Eyeballs” sounds a little gruesome — I opt for a sweet strawberry mojito instead (strawberries are everywhere in Sweden during the summer, from roadside fruit vendors to limited-time-only flavors of cider).

It’s getting late, though the sun still grips the sky, and the next stop is Babel, a church-turned-nightclub. The space retains the aesthetic of a place of worship, but the thumping coming from the pulpit is pure bassline.

Babel has a solid calendar of club nights and concerts featuring the likes of Carl Craig, Andrew Weatherall, Fever Ray, and Trentemøller.

Late the next morning, we return to Debaser for the weekend buffet brunch. A flat fee buys access to a huge spread of breads, cheeses, meats, herring, and other Swedish dishes. Everyone looks tired, hungover, and hungry, but we line up neatly to fill our plates. 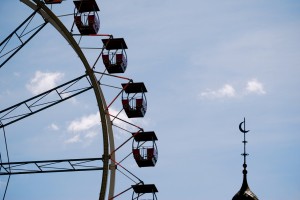 We sit out on the patio for a few hours before walking through the neighboring Folkets Park, Sweden’s first public park. Formerly a gathering place for workers and the setting of a 16,000-strong strike in 1909, the park is now all about recreation. It has a small farm, pony rides, and a giant Ferris wheel that we hop on for views across the entire city.

Rising high above the red rooftops is the Turning Torso, Scandinavia’s tallest building. Its 90-degree twist spirals up into a clear blue sky. The good weather convinces us to make our way down to the beach at Västra Hamnen (Western Harbour).

To get there, we walk through the neighborhood of Möllevången, past Middle Eastern grocery stores, markets, and Asian restaurants. This area manifests the cultural diversity of Malmö — 30% of city residents were born abroad, making it one of the most multicultural Swedish cities. 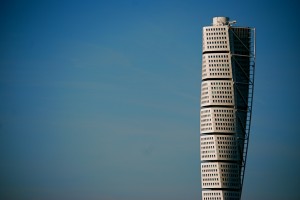 The highly modern and stylized Western Harbour represents another aspect of Malmö: the development it has experienced over the past decade or so.

Following the closure of the Kockums shipyard, thousands were left unemployed and the space fell into disrepair. The city, however, turned the area’s misfortune into one of its biggest successes. The former shipyard has been converted into a living and cultural space that showcases innovative architecture and design.

The cool lines of the expensive apartments, bars, restaurants, and outdoor public spaces pair with a strong environmental ethic: the Western Harbour is powered by 100% local renewable energy. The area has its own energy supply and waste treatment system; buses are powered by residents’ waste; and all water features are sourced from rainwater.

Also in this area is Ribersborg, a thin manmade beach, and Kallbadhus, a late-19th-century open-air bath with saunas and separate areas for male and female skinny-dipping. 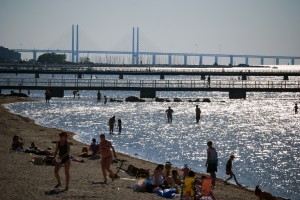 Incidentally, women in Malmö have official permission to sunbathe topless throughout the city thanks to a unanimous city council vote in 2008: “We don’t define what bathing suits men should wear so it doesn’t make much sense to do it for women,” reasoned the chair of the sports and recreation committee.

Looking across the sound to Copenhagen, the presence of the Öresund Bridge dominates. Built in 2000, the bridge has formed a connection between Sweden and the rest of Europe, brought the two cities closer together, and created the growing transnational Öresund Region, to which Malmö is central.

It’s evening by the time we get to the Western Harbour, but the sun won’t descend for hours yet. Summer days in Sweden stretch late into the night, and there’s a sense that they deserve celebration. We’re walking along the promenade past families picnicking, a harmonica-playing elderly lady in a swimsuit, couples making out, and groups of teenagers jumping off the pier. 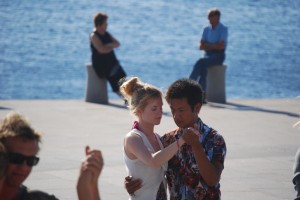 The first notes of a tango strike up, and a group in front of us falls into partners. Each couple steps to the music with precise and practiced movements. We sit and watch the dancers (taking advantage of a nearby dance school’s free lessons) until the sun finally starts to fall. 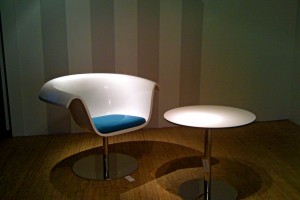