IT’S NOT JUST ARTISTS and young people who are fleeing across the East River. New York’s preeminent publishers, bankers, and advertising executives, as well as numerous other professionals who could afford to live anywhere, are snatching up luxury condos and historic brownstones throughout the borough.

There’s only one group of people who haven’t discovered Brooklyn yet: visitors.

Be ahead of the curve. On your next trip to New York, set aside some time to explore a few of Brooklyn’s interesting neighborhoods. 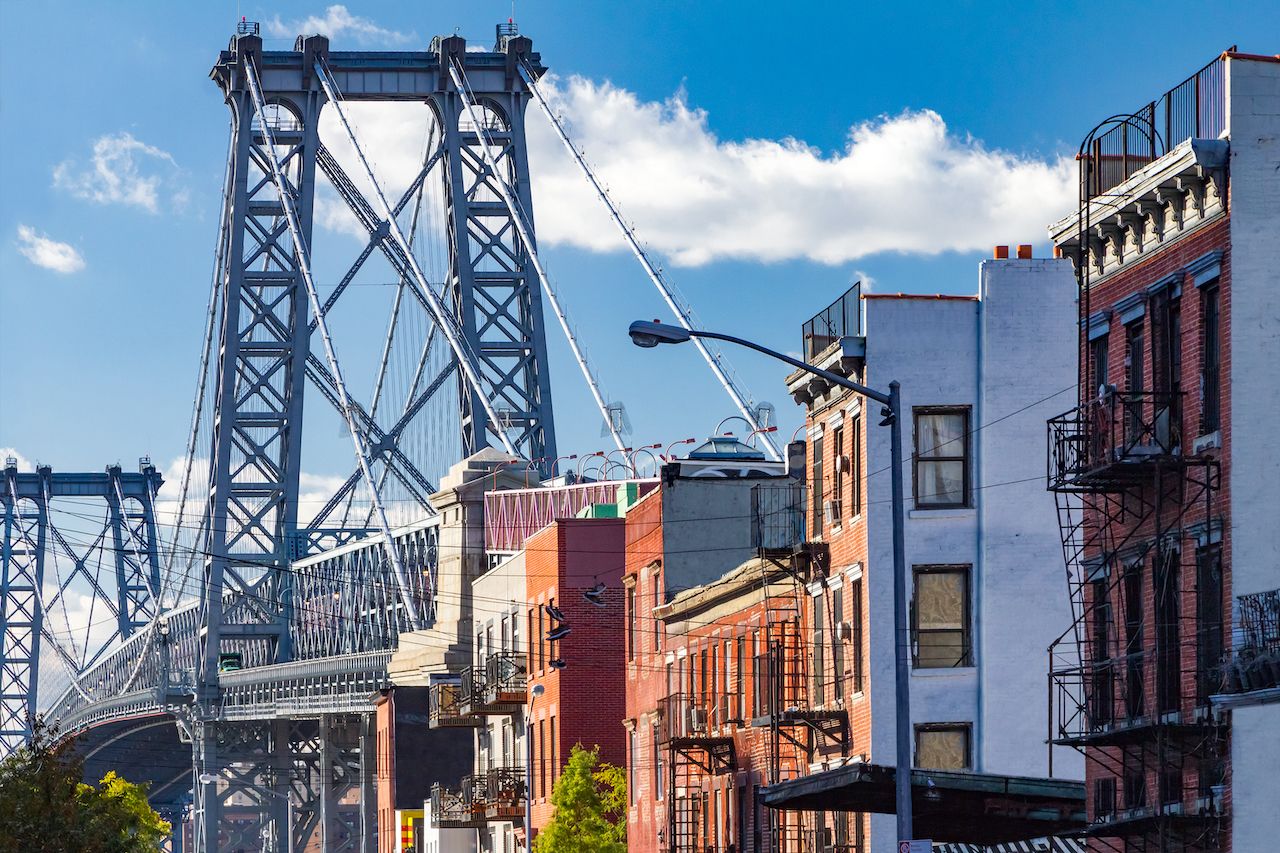 Favored by artists and hipsters, Williamsburg is the place to go if you’re craving a cold beer and a live show. Popular venues include Pete’s Candy Store, the Music Hall of Williamsburg and Warsaw.

A stroll down Bedford Avenue will introduce you to the neighborhood’s flavor. If visiting on Friday night or Saturday afternoon, venture behind the ropes at the Brooklyn Brewery.

Or explore South Williamsburg, home to a large population of Hasidic Jews who migrated from the Lower East Side after the Williamsburg Bridge was built in 1903. 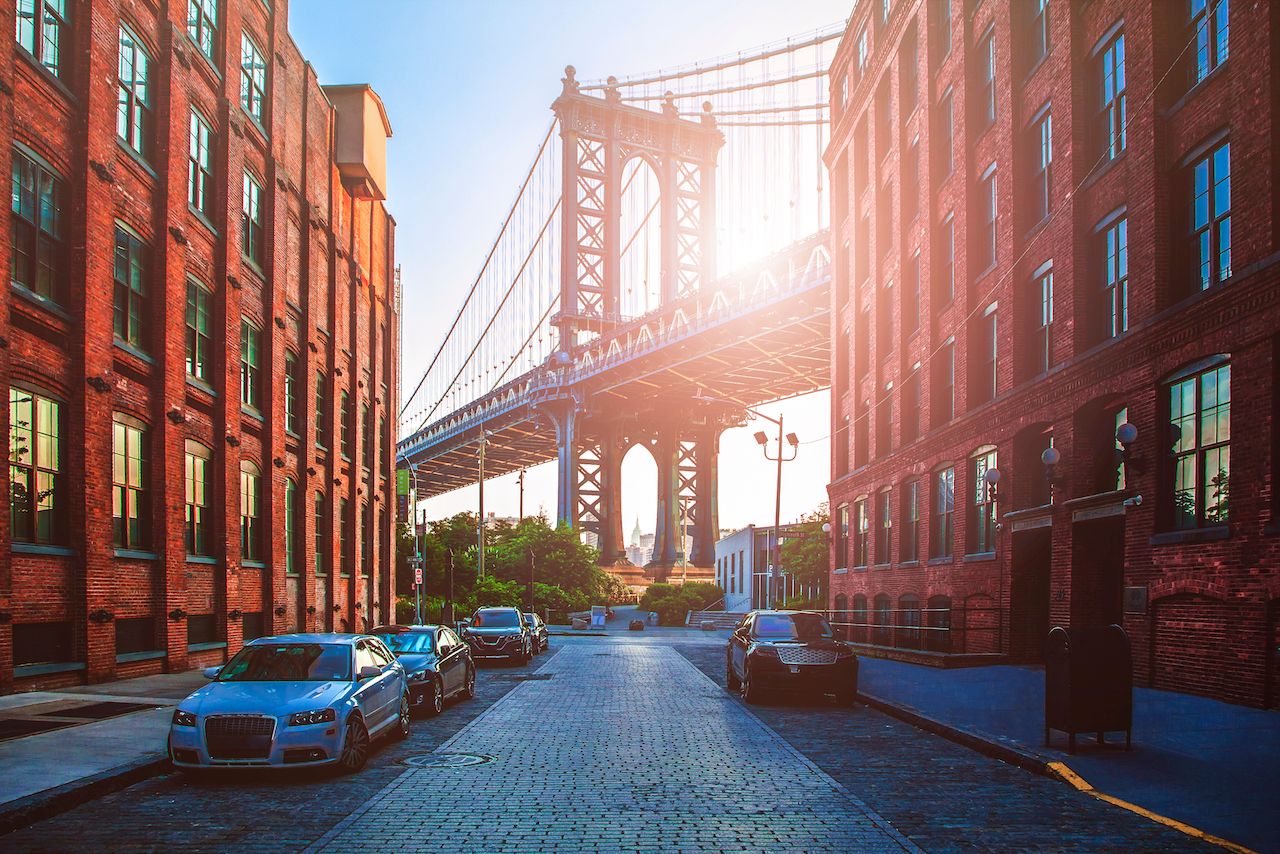 A walk across the Brooklyn Bridge lands you in this artsy area, an acronym for Down Under the Manhattan Bridge Overpass.

Primarily industrial until the 1970s, and then home to artists who turned abandoned factories in studios and lofts, today’s DUMBO is home to Brooklyn’s most expensive real estate. Artists long ago fled to cheaper areas, but their influence remains. See the art galleries and theaters that inhabit old warehouses.

Peek in at the Jacques Torres Chocolate factory before relaxing at the waterfront Empire-Fulton Ferry State Park, with unrivaled Manhattan views. 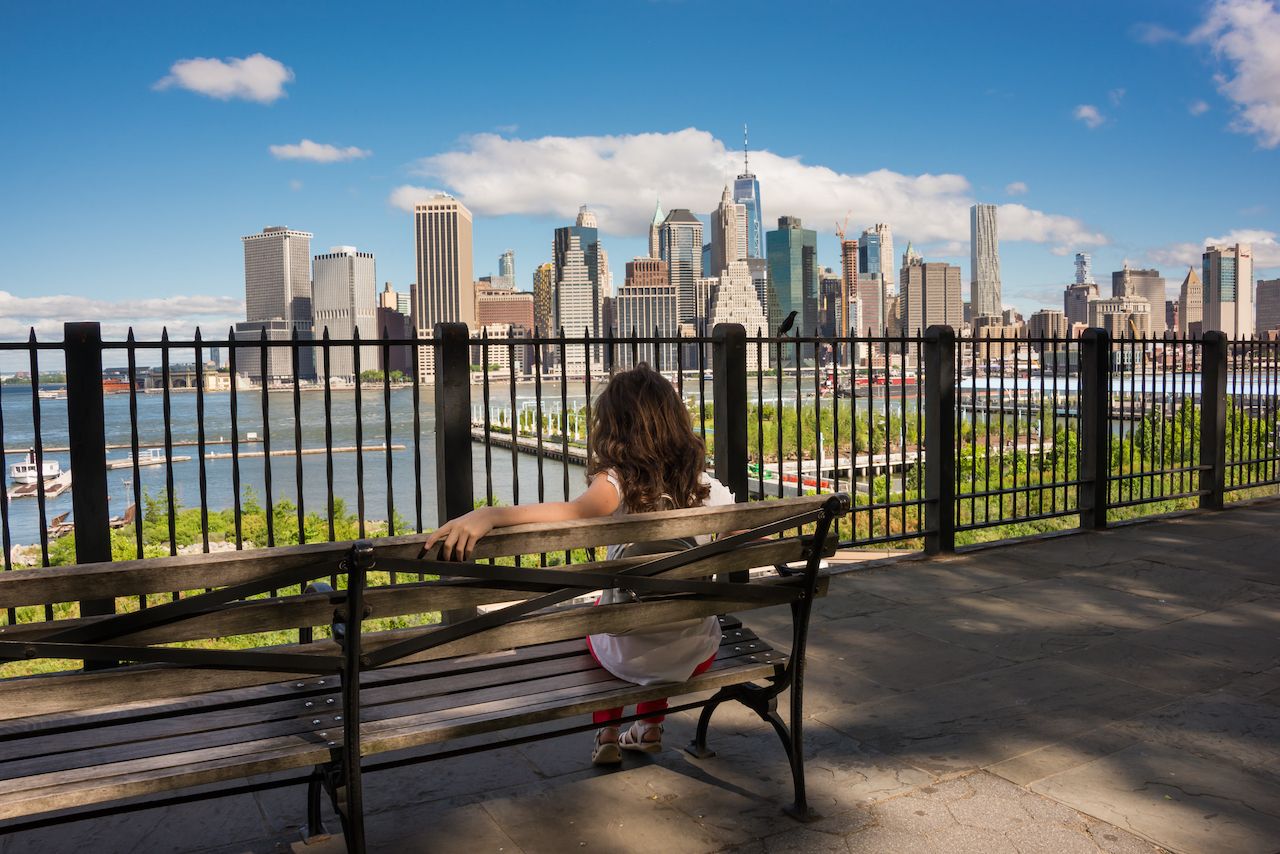 South of DUMBO is Brooklyn Heights, whose brownstones and churches, many of which date to the 19th century, give it a distinctive small town feel.

Walk along the Promenade for great city views, or past the regal residences of Columbia Heights to see where luminaries like Norman Mailer once lived. Stop in at the Brooklyn Historical Society to learn more about the borough’s past.

Montague Street offers many restaurants and shops, and a short walk takes you to the New York Transit Museum, where you can trace the history of New York’s subway system and step inside dozens of decommissioned train cars. 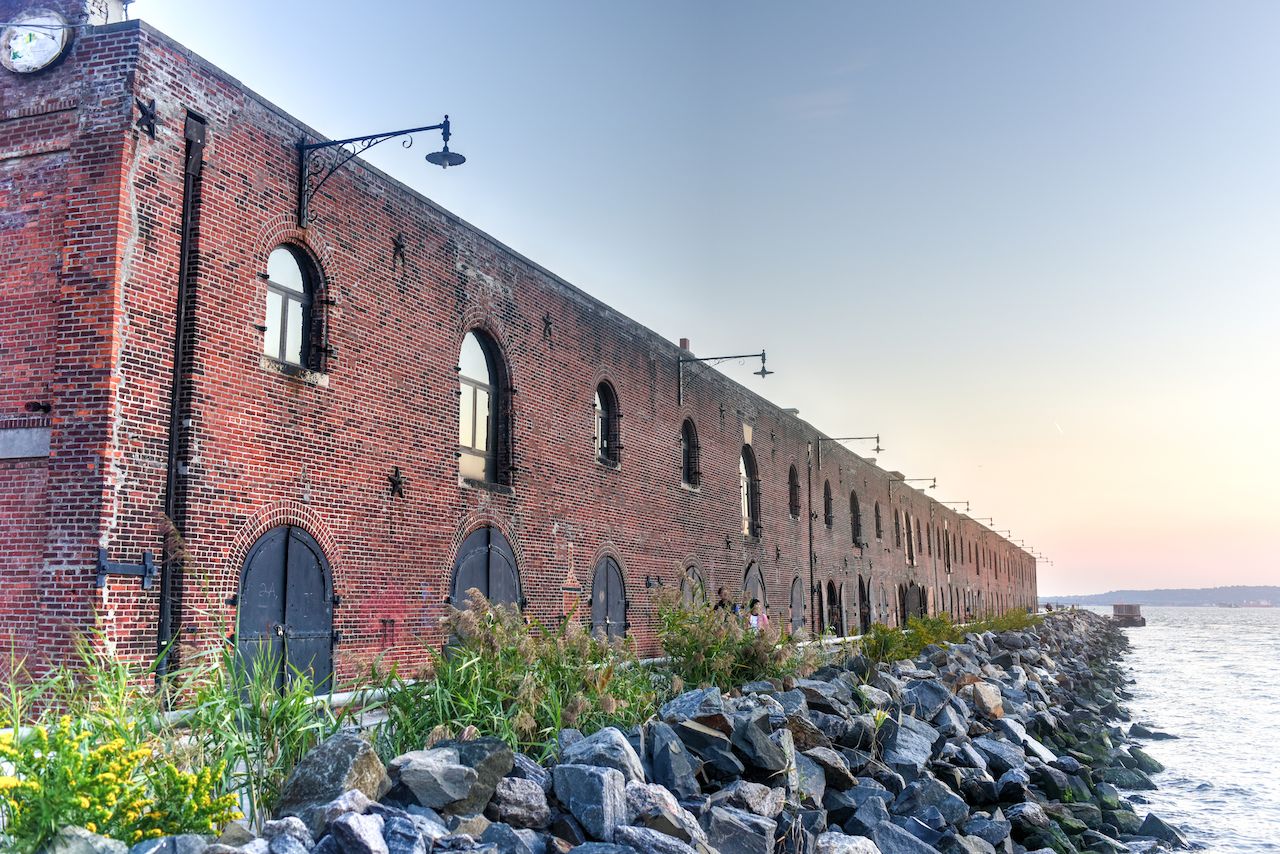 Recently settled by IKEA and MTV’s The Real World, Red Hook is on the rise. Get there via the free water taxi from Pier 11 in lower Manhattan, courtesy of IKEA, and then wander among the unique amalgamation of bland industrial buildings and hip restaurants and bars.

See works by up-and-coming artists at the Brooklyn Waterfront Artist Coalition, located in an antebellum warehouse with a spectacular front-facing view of the Statue of Liberty. 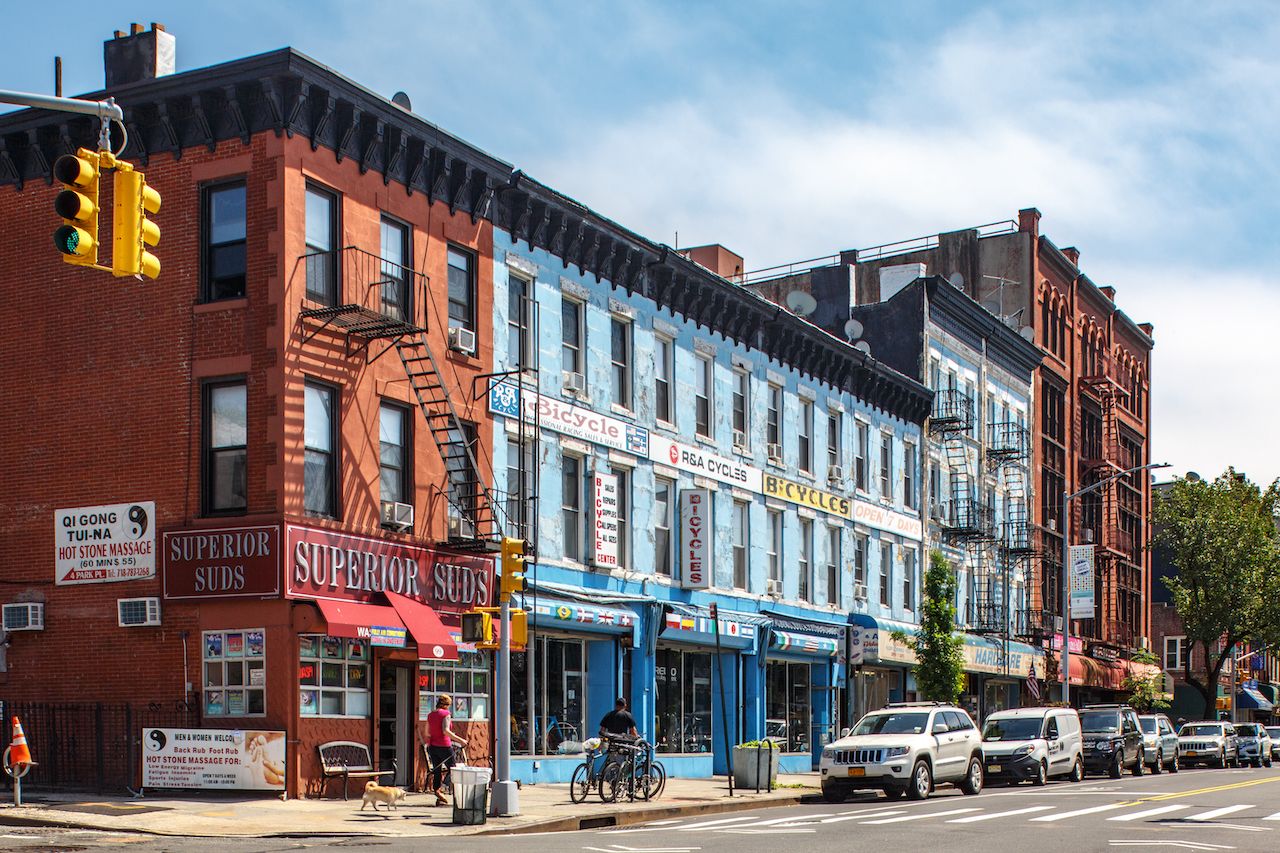 A neighborhood of tree-lined streets and townhouses, Park Slope is popular with young families. Prepare to dodge strollers as you browse the trendy boutiques along Seventh and Fifth Avenues.

Meander through Prospect Park, designed by Frederick Law Olmsted after he completed Central Park in Manhattan. It boasts a zoo, ice skating rink, boathouse, and band shell. Also check out the impressive botanical gardens and art museum on the park’s northern edge. 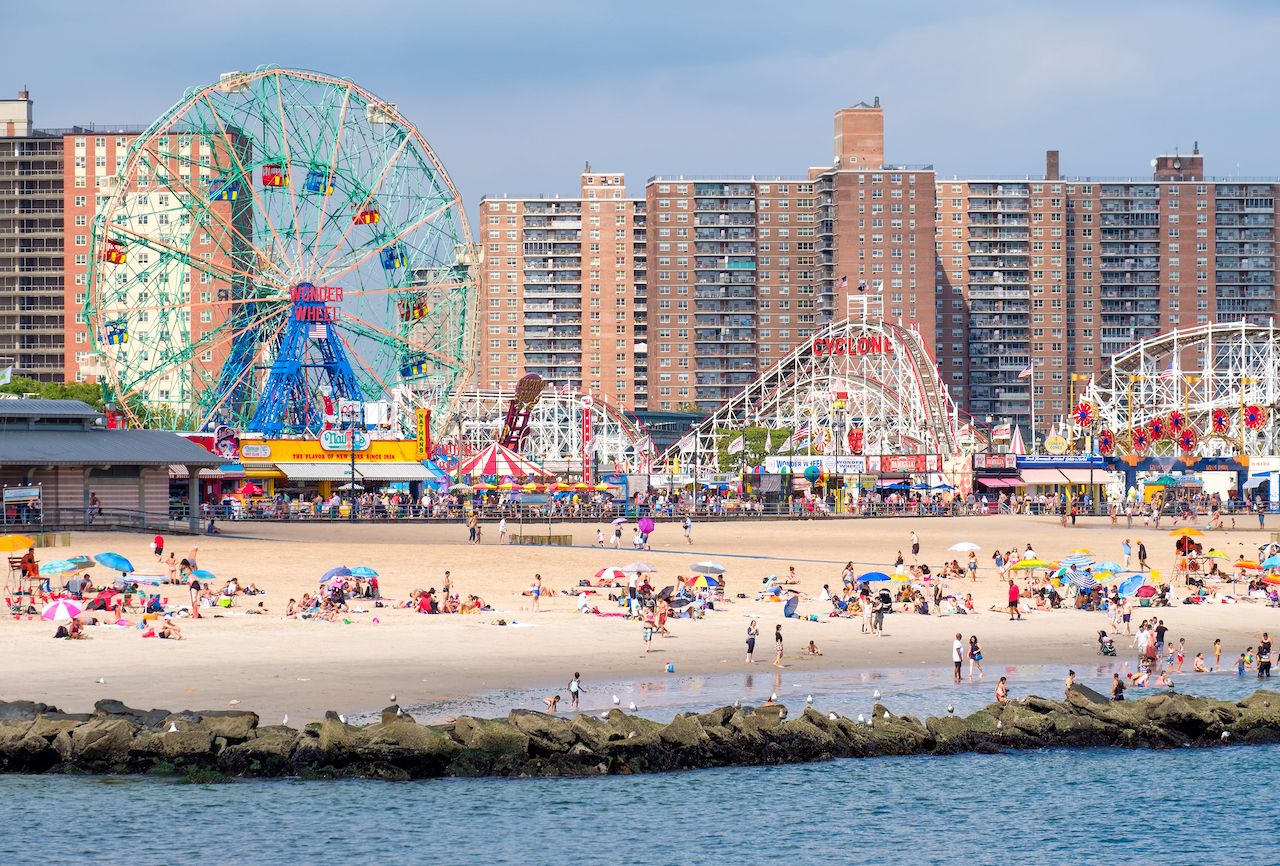 Located at the southern tip of the borough, Coney Island is an hour’s subway ride from midtown Manhattan, but it’s worth the trip. Once home to a major resort and amusement parks, Coney Island takes you back to another era.

Sunbathe at the small beach (summer only!) or learn about the history of the neighborhood at the Coney Island Museum. Stroll down the boardwalk to the New York Aquarium. There are always events happening like the annual Mermaid Parade and Nathan’s Hot Dog Eating Contest.

What’s your favorite NYC borough and why? Share your neighborhood secrets in the comments below!

This Bewitching Historic Cemetery Is Looking for an Artist-in-Residence

10 Things That Will Happen To You After Moving To Brooklyn