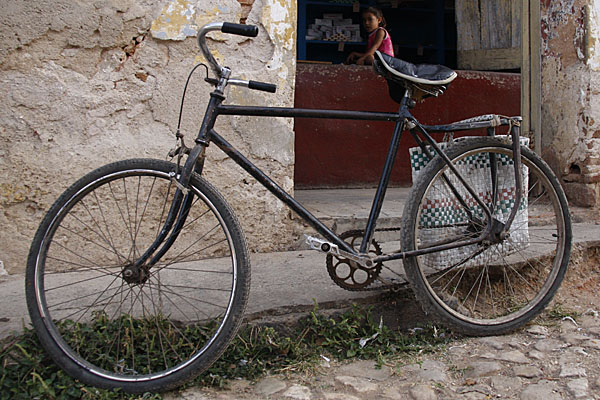 Cuba is not cheap. You may have heard that before, but it’s easy to forget.

FOR THE VACATIONER in Cuba, that may sound weird. You can buy beers for one dollar, huge dinners for ten, and sleep for under thirty. But if you’re a long-term budget traveler headed to Cuba, you may want to pay attention.

First thing’s first. Cuba has two currencies: the national peso (moneda nacional) and the convertible peso (CUC or, colloquially, the “cook”). For all intents and purposes, it’s easy to think of the CUC as being roughly equivalent to the U.S. dollar. At the time of writing, one CUC could be exchanged for 24 national pesos (from here on I will refer to national pesos simply as pesos). 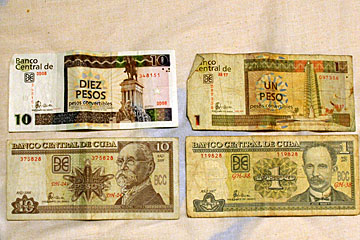 Cubans deal mostly in pesos. Everything they need on a day-to-day basis is bought with pesos in shops and restaurants that specifically deal in pesos. “Luxury” items like toothpaste, toilet paper, soap, deli cheese and meats, and televisions are purchased in “dollar” shops — stores that only deal in CUCs.

TIP: Do NOT go to Cuba with U.S. dollars. You will incur a steep penalty (around 10%) to exchange to CUCs. Here is a Cuba Currency and Money Guide.

If you’re budget traveling, get to know this term: casa particular. These are private homes that rent one or two rooms to foreigners. They are similar to a B&B.

In Havana, you get what you pay for. We stayed in a beautiful mansion-like house for $30CUC in Vedado. But we also stayed in a tiny apartment in Central Havana, where our room wall didn’t extend to the ceiling, and we had to share a bathroom. For the latter we paid $15CUC.

Outside Havana, the prices seem to vary more, regardless the quality of the casa. In Viñales you could stay at a $35CUC casa which, as nice as it is, might have frogs on the bathroom walls at night. Or you could stay for $15CUC at a more humble casa, but with beautiful views of the mogotes.

Assuming your eye is on your budget, here are some tips when finding casas particulares: 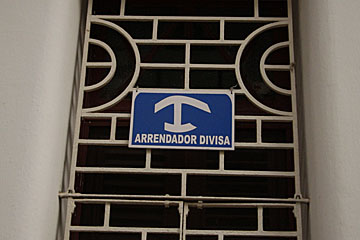 Don’t book one listed in a guidebook — Not only are they generally more expensive, they’re the busiest. In most big cities and towns, there are loads of casas. They are easily identifiable by the sideways, blue “H” symbol on their door. (We also found the casa owners at the ones not listed in the guidebooks to be more friendly and hospitable.)

Don’t go with a tout — You’ll be approached at bus stations or if you’re walking/cycling around with your bags. The touts take a $5CUC commission so the prices are $5CUC higher than they would otherwise be.

Stay away from the center/touristy areas — Prices can drop dramatically even a couple of streets away. A little legwork can save you lots of money.

Try bargaining with the owner — If you can’t knock five or ten CUCs off the nightly price, try to get your breakfasts tossed in for free. If you’re staying long term (a week or more), you will be able to negotiate a lower price.

This is purely a guess, but probably 95% of visitors eat dinners and breakfasts in their casa particular. This is not a bad thing, and usually the food in them is superior to anywhere else. But if you want to save money, there are other ways. 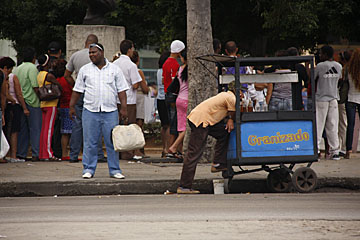 Street food — Entrepreneurial Cubans roll their carts streetside and hawk pizzas, meat-filled buns, hot dogs, and a multitude of other foods. You can be pickier in the bigger cities since something else will be around the corner if you don’t like what you see. It’s all sold in pesos so is very cheap.

A pan con jamon y queso (bun with ham and cheese) might cost 5 pesos on the street and $3CUC (equivalent to 72 pesos) in a restaurant.

Farmer’s markets — Balance the street food a little with some fruit and veg. Sold in pesos, the produce costs cents.

Peso restaurants — Find these. And eat in them. They’re generally good and you can get a similar meal as you would in a casa particular (meat, rice and beans, veggies) for a fraction of the cost. 40 pesos (just under $2CUC) will net you a decent dinner.

Casa particular — You can save money eating here too. The dinners are so huge — compensation for the relatively steep prices — that they can either be shared between two people, or you can ask for a smaller meal for cheaper. For example, $5CUC instead of $8CUC for a meal that will still fill you up. 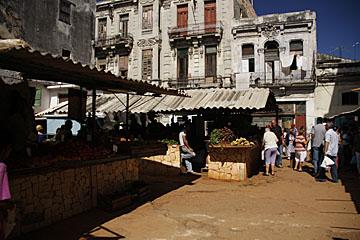 Of course, only you can gauge yourself, so try the full meal first.

Hotel buffets — Mid-range hotel breakfast buffets are around $8CUC. Fill yourself up, then fill up your bag for the rest of the day.

TIP: Unless you have a steel stomach or no respect for your body, don’t rely solely on street food. It’s a good idea to mix it up with meals at the casas.

As in other times of bargaining, your power lies in how badly you want it. In Santiago de Cuba, we cycled to the Castillo del Morro to find out it cost $5CUC each to get in. We weren’t willing to pay it so we just walked away. Seconds later we were called back and told we could go in for $5CUC for the both of us.

Be vocal. Don’t be shy to ask if prices are in CUC or moneda nacional.

On the other hand, at the Necropolis in Havana, we were surprised that they raised the entry fee from $1CUC (as stated in our Rough Guide) to $5CUC.

We walked away there too. No one followed.

Be vocal. Don’t be shy to ask if prices are in CUC or moneda nacional. You might assume something is in pesos and then be shocked to find out it’s not and you’ve just spent 24 times what you expected to.

Although bargaining isn’t as big a thing in Cuba as in SE Asia, it never hurts to try.

Looking for more tips on Cuba? Be sure to visit our Cuba Focus Page and feel free to ask our experts, Conner and Julie, any questions you might have.

These Are the 11 Cheapest Michelin-Starred Restaurants in the World
Here’s When Buying Two One-Way Flights Is Cheaper Than a Round-Trip Ticket
The World’s 10 Cheapest Cities To Explore in a Day
The Best Free (and Almost Free) Things To Do in Bristol, UK
10 Travel Accessories Under $10 You Won’t Regret Buying

Major Lazer Just Rocked Cuba. You Have To See This To Believe

Raul Castro To Obama: Thanks, Barack. Now End the Sanctions

A Conversation With OMNI: The Underground Voice of Cuba

How To Spend 16 Hours in Havana, Cuba

What's Going on in This Cuban Church?