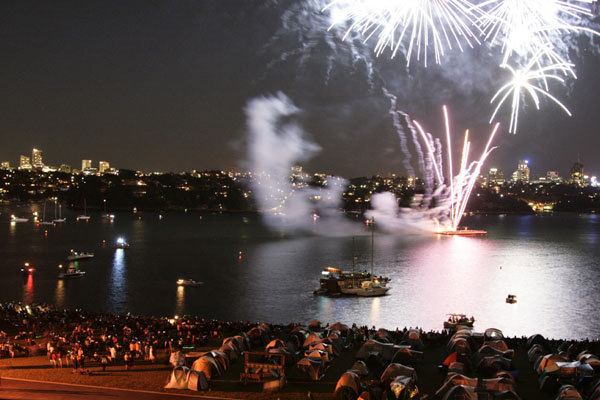 Where will YOU be this New Year’s Eve?

In the middle of Sydney Harbour is a tiny piece of rock called Cockatoo Island. There are none of these vociferous birds around today, but before 1788 they frequented the red gum trees that inhabited the island.

A couple of months ago I met with Liz from the Sydney Harbour Federation Trust, a federal government initiative set up to protect many of Sydney Harbour’s historic and natural sites. The Trust was kind enough to offer me a night on the island this New Year’s Eve to watch the world-famous Sydney fireworks. This trip was a recon mission.

The island was nothing like I imagined. I pictured green rolling hills and forest; something wild. It’s not. As we approached it on the Sydney ferry, I was surprised to see old industrial-looking buildings to my left. The rest of it was obscured by a big cliff facing us (the island was expanded from 13 to 18 hectares with the blasted rock). 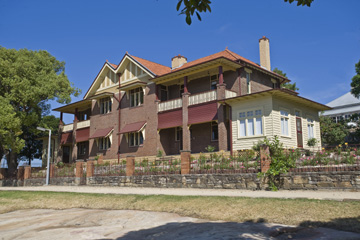 This was my first glance at the island’s history. It was originally used as a prison and then as a reform school. A ship docked there was used to train wayward and orphaned boys, and eventually the shipyard expanded. In the early 1900s, Cockatoo Island became the Commonwealth Naval Dockyard and was the major shipbuilding and dockyard facility for the Southwest Pacific in WWII.

The structures — the old prisons, solitary confinement cells, warehouses, cranes, and homes — still stand and some are being restored to be used as accommodation. A 26-stop self-guided audio walking tour is available explaining in detail the island’s fascinating history of convicts, warships, and aboriginal occupation.

Cockatoo Island was only opened to the public recently. In fact, many Sydney residents won’t even have heard of it.

It’s been host to some pretty big events lately. Aside from the New Year’s Eve Fireworks (for which last year was the first time hosting guests for the event), the island was host to the Sydney Festival — 24 bands/4 stages, headlined by Nick Cave — in 2008. 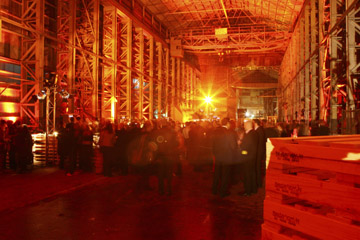 Also in 2008, the island was one of the venues for the huge art exhibit, Biennale, which also used the vacuous, vacant buildings as backdrops. Biennale is set to return in 2010 from May to August.

And if all that isn’t cool enough, part of the Hugh Jackman movie, Wolverine, was filmed on location. Bits of the set still stand in one of the big warehouses. See if you can tell where the set ends and where the real building begins.

Staying on the island

These days most visitors are day-trippers, taking one of the regular ferries from Circular Quay in the morning and leaving in the afternoon. But one of the best things about the island is that it offers an urban camping option, right on the water. 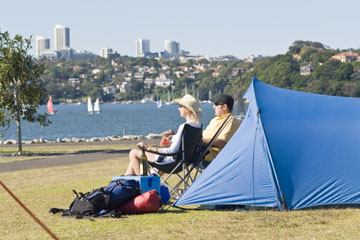 At AUD $45/night you can pitch a tent and have sweeping views of the harbour at your doorstep. $75 will get you a camping package — no need to haul in your own gear. It includes a large tent, two sleeping mats, two chairs, and a lantern.

If you’re part of a large group of up to 10 people, you can rent out one of the renovated luxury heritage homes. The price per night ranges from AUD $300 to $450, depending on the season. Weekends are slightly more, but between 10 people that’s not too shabby a deal.

Unfortunately, tickets for this year’s event on Cockatoo Island are all sold out. They close the island to the public on New Year’s Eve and allow a limited number of campers. 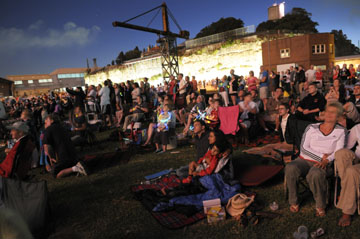 You’re not allowed to bring your own booze onto the island, but they are licensed so it can be bought there. The last of the barges to launch fireworks floats right near the island. Unobstructed, close-up views and a limited number of spectators is a good combination.

Pencil it in your calendar for next year. Tix go on sale around beginning of September.

But you don’t need a special reason to visit the island at any time of the year. If you’re in Sydney, pop over on the ferry and have a walk ’round. It’s a surprisingly fascinating and unique place.

How are you going to be ringing in the new decade? Share below!