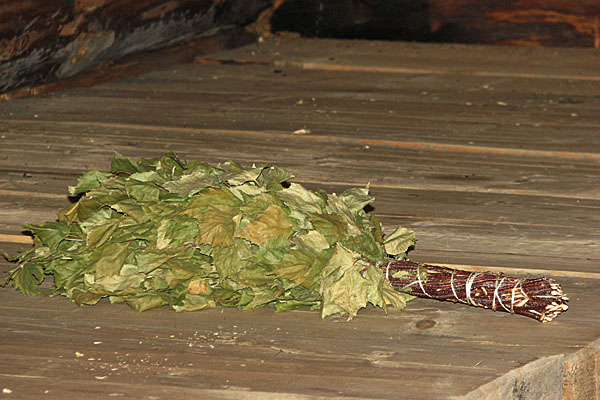 When in Rome, right? David Francois talks about his banya experience in St. Petersburg.

Editor’s note: One of the fields when you fill out your Matador profile is “I felt the most immersed in a foreign culture when…” The answer on my profile says:

After some vodka shots, found myself naked in a Russian banya in Petrozavodsk, getting beaten with a besom.

So it was no wonder I took to David’s story about his experience and the infamous Russian banya.

There is a fine line between pleasure and pain. Lying stomach-down on a scalding hot wooden bench, naked as the day I was born, receiving a lashing of birch twigs from an obese Russian man, I wondered which side of that line I was now on. With each thwack of the steam- and sweat-saturated shrubbery against my exposed flesh, happier, less sadomasochistic memories of my time in Russia flooded into my head.

I recalled the lazy September mornings I spent ambling along the canals and the Hermitage hallways of St. Petersburg, the crisp October afternoons at Peterhof’s Tsarist parks, and the frigid November evenings hunched in quiet conversation with comrades over a glass of Baltika. Those were the good times. 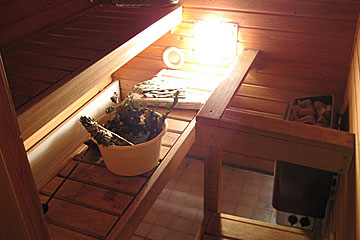 Now, plunging feet first into a frigid pool of water, I snapped back to the reality of the moment. I was in a Russian banya where one is actually supposed to find pleasure in the unbearably hot and humid sauna, the less-than-tender strokes of the birch branch, and the final lung-punishing dive into arctic water.

Grabbing a towel and hat from the rack, I stepped outside to the backyard grill to confront the man who had brought me here. “Well, that was certainly… interesting,” I said to Fyodor, who looked up from grilling pork chops with an amused grin.

“Yes? You liked it? It is a very Russian thing, the banya. Good for the mind, body, and soul.”

“I can see that, but what’s with the birch branches?” I asked, feeling the residual sting from the towel-whips of not so long ago.

“It lets out aggression and opens the pores,” Fyodor answered simply. That makes sense, I thought to myself, but I couldn’t help but wonder if the cold weather and the winter days, with less than six hours of sunlight, have turned the denizens of northern Russia a little nutty.

The history of my country and of my city is like the banya. We go through hell, into fire and into ice, and we beat each other up. Then finally, we emerge together, tired and sore, but refreshed and inspired.

With the meat grilled to perfection, Fyodor motioned for me to follow him inside to a lounge with several couches, a bar, and a pool table. This banya was built during Soviet times for high-ranking Communist Party officials and Red Army generals, who used its facilities to relax and unwind when the duties of defending socialism took their toll.

Today, however, the banya is available for private rental, and comes complete with hand-me-downs from the old Soviet days. Red-star embroidered bathrobes, official military jackets, and hammer-and-sickle army hats are all available for the discerning bather.

We made a strange sight, the six of us, decked out in old Soviet bath gear — three American students and three young Russians, not even teens when the Soviet Union collapsed. 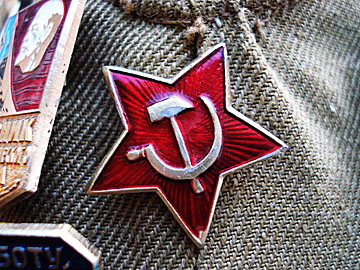 Who would have thought at the height of the Cold War, as Kruschev and Kennedy matched wits and weapons, that just four decades later, a group of young Americans and Russians would be standing around half-naked, tearing at handfuls of grilled pork, pounding back kvass, and laughing at the bellicosity of their nuclear-obsessed forefathers?

Sitting in my Soviet jacket, my skin still glowing a communist red, I tore into another hunk of meat. Fyodor, licking his lips, decided to put his English skills to the test. “I think,” he began, “that the history of my country and of my city is like the banya. We go through hell, into fire and into ice, and we beat each other up.” He paused. “Then finally, we emerge together, tired and sore, but refreshed and inspired.”

Note: This article was first published in its entirety at glimpse.org.

One way to immerse yourself in a culture is by staying with the locals. Here are some Words from Russia: A Couchsurfer’s Take on Its Culture.

For some practical advice on visiting Russia, be sure to read Why You Should Travel Independently on the Trans Siberian Railway and Trans Siberian Sidetrips: How to Break Your Train Ride.

Tagged
Culture St Petersburg, Russia
What did you think of this story?
Meh
Good
Awesome