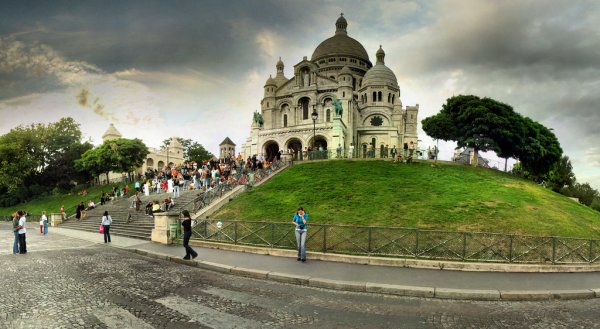 A guide to the food, wine, romance, and sacred spaces of the world’s most visited nation.

Lyon, the country’s oft-named culinary capital, is a good starting point if restaurant meals are what you’re after. But make sure not to confine yourself — after you’ve discovered what the city has to offer, pick a neighboring region and dive in. It’s likely to offer cuisine just as rewarding.

And, even if you invest in the informative Michelin Red Guide, complement its pages by asking the locals what and where they like to eat and drink. They’ll passionately tell you, and their answers can point you to places Michelin missed. 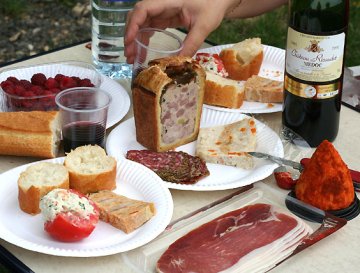 Food in France is really all about its markets, its growers, and its local ingredients, celebrated in regional annual festivals throughout the country. Food and wine are the ultimate art forms of this nation.

For me the greatest experience with French food comes from exploring the unique ingredients and products of a region.

I recommend making regular market visits a central part of your traveler’s routine — you’ll find there’s a weekly one wherever you are.

There you’ll see all the ingredients of an authentically local dish artistically displayed by the people who grow them.

The French landscape has been marked with sacred sites since prehistoric times. Here are some highlights of the diverse ancestry of spiritual France:

Lascaux is a much more powerful site than your art history text lets on. Even its precisely replicated Lascaux II — the only part of the complex you’re now allowed to enter — will make an impression.

After your visit to the cave, you can enjoy a picnic lunch in the hilltop forest that covers it. 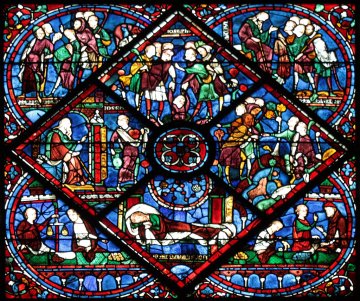 Chartres must be the medieval Lascaux. Parallels are easy given the intimacy, artistry, light, and warm cavernous spaces of both places. But there’s no comparison for Chartres’ illuminated stained glass windows.

The 13th-century cathedral also has a labyrinth built into the nave floor, a contemplative pilgrimage path offered to those who couldn’t make the more distant journeys to Santiago de Compostela, Rome, or Jerusalem in the Middle Ages.

Ste-Chapelle, a Gothic church from the 13th century on the Île de la Cité in Paris, is the perfect space for quiet prayer and meditation.

Mont St-Michel is a Benedictine fortress site from the 11th century. Some claim it sits on a ley line and power spot that is far more ancient, one that belongs to the Archangel Michael (St-Michel) as he works his energy across the globe.

The Romanesque pilgrim’s and seaman’s 11th-century Église Ste-Radegonde — near the fishing hamlet of Talmont-sur-Gironde on the Garonne estuary north of Bordeaux — is a lesser-known church that’s worth the effort of a visit for its cliffside setting.

In Brittany, the ancient standing stones of Carnac are among the world’s most important Neolithic sites, dating to around 6,500 to 4,000 years ago.

Nearby, Le Forêt de Paimport, mythically referred to as Brocéliande Forest, is a contender for the legendary land of King Arthur and the home of the mythical Morgan Le Fay.

Le Chemin de Saint-Jacques is a network of pilgrimage roads starting in or passing through France and destined for Santiago de Compostela in Spain. The most popular begins in Le Puy-en-Velay and leads to the French-Spanish border at St-Jean-Pied-de-Port. Three other major routes start in Paris, Vézelay, and Arles. 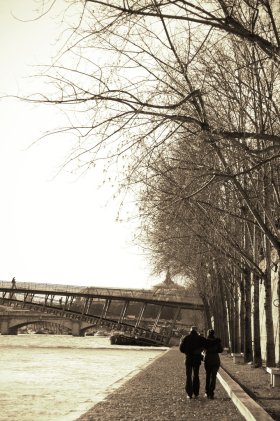 Paris, of course, is high on the list of French romantic destinations — and for good reason. But beyond the capital, where to? Here are some ideas:

A walk along the sea trail in Normandy from St-Malo to Cancale — for oysters, bien sûr, a well-known aphrodisiac.

Arles may very well be the most romantic town in France, when the mosquitoes aren’t active (summer and early autumn). Arles in October? Mon dieu. Yes.

Canoeing along the Dordogne River.

A wine tour of Burgundy.

And finally, touching again on local markets; there’s nothing more romantic than spending a lazy morning buying ingredients — baguettes, cheeses, wine — for an outdoor lunch at a nearby park, riverbank, or countryside overlook.

This is the fifth and final installment in Beebe’s series of Eat, Pray, Love guides. The other four cover Spain, Morocco, Portugal, and the USA.

Tagged
Trip Planning France
What did you think of this story?
Meh
Good
Awesome

Innovation is turning Cognac into a destination, not just a digestif