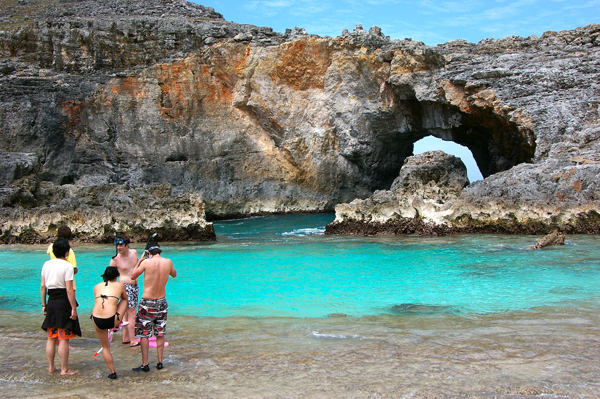 Relax in a natural hot spring with an ocean view. Surf in full view of a rocket launch. Watch poisonous habu (snakes) pitted against mongoose in a good old-fashioned cage match. . .It’s all possible in the remote southern islands of Japan.

Most tourists start their journeys across Japan from Tokyo and end up in Kyoto, ignoring anything off the beaten path and seeing the country as media often portray it: geisha, samurai, rock gardens, “wax on, wax off” mentality.

First-timers learn about the effectiveness of the all-powerful Japanese bullet train, the shinkansen, but rarely take the time to run to the nearest port and catch ferries that commute to islands off the port of Yokohama, islands that are considered too “remote” or “shabby” for your average Japanese salaryman, but are paradise to wanderers.

Even fewer tourists take the five hours by shinkansen to Kyushu and ride the rails an additional two and a half hours to reach Kagoshima, travel hub for the southern islands.

You’re far from Tokyo. These islands don’t have the shining neon of Vegas. Even adventurers might prefer someplace larger. But these places exist, and while they do, adventurers should explore them. 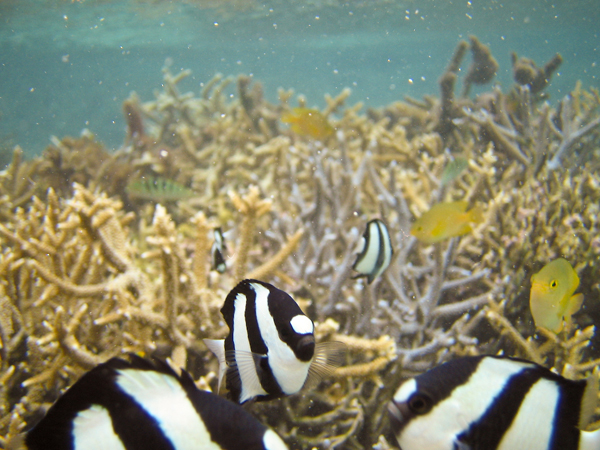 Not Iwo Jima, the island stormed by US soliders during World War II, but its counterpart in the south. The Chinese characters (meaning “sulfur island”) are the same, but Ioujima has a more vibrant presence.

Although only 120 people live here, but the oasis still boasts a school, a seniors’ center, and, in my humble opinion, the best outdoor hot springs in all of Japan.

The best hotspring is called Higashi Onsen. Arrive at sunrise. Look between the sheer rock faces less than a hundred meters away. Let your body give in to the absolution of the water, your ears comforted by the soothing sounds of sea foam.

The baths, the minerals and the sulfur, course through your skin, diving into every crevasse, purifying your body and relaxing your mind.

If you happen to visit on certain days of the month, you might notice that the island tends to provide background music, a regular beating of the drums. The Tam Tam Mandingue Japan Djembe School is located just outside the main town. 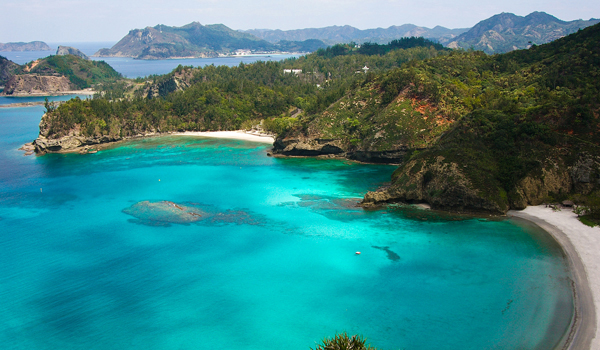 Far to the east of Ioujima, Tanegashima holds a special place in history: firearms were first introduced to Japan here in 1543 by Portuguese merchants. Reenactments are fairly common, so don’t be too surprise if you see Japanese dressed like European soliders, or hear the sounds of gunfire.

Old pieces of metal don’t keep people flocking to this treasure of an island, however. That honor is reserved for two things: big fiery explosions and powerful waves.

One main attraction is the surfing. The pristine waves roll into beautiful sandy beaches. Ryokan (Japanese inns) offer rental boards and advice on where to find some of the best surf spots.

As for explosions… Tanegashima is home to one of the few launch sites of JAXA, the Japanese Aerospace Exploration Agency. At the Tanegashima Space Center, satellites are regularly launched from a pad just north of a huge expanse of sand and snow cone stands.

Visitors can watch from several locations near the beach. It’s quite impressive at that distance. 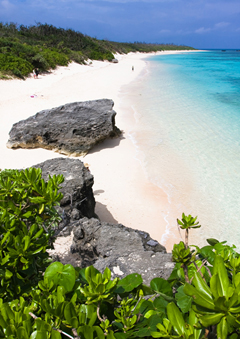 Yakushima may be considered a little more on the tourists’ track; Japanese and foreigner alike come here in the spring and early summer for spectacular hiking.

Although covered with some of the biggest cedar trees (sugi) in Japan, Yakushima exudes the look of a mystic tropical rainforest in the summer months: trees stretching off into nothingness, clouds trapped between the inland mountains, causing nonstop rain and thick fog.

There is the legendary Jyoumon Sugi, a cedar tree estimated to be between 2170 and 7200 years old. The populated coasted areas have decent hot springs waiting for you as you descend, and a few good beaches you might enjoy your island excursion most if you stay overnight along the trail.

Yakushima is definitely not a “get away from it all” place, with the frequented mountain trails reinforced with wooden steps 90% of the way, tourists quite common, and pachinko parlors waiting for you near the coastline hotels.

However, the landscape is still quite beautiful and extraordinary, and not something you’re likely to find on the mainland. Come for the cedar trees, stay for the hot springs.

Far to the south of Yakushima and Ioujima lies a chain of ten islands inhabited by fewer than a thousand people.

As travelers, we can sometimes find ourselves completely cut off from the outside world – no access by train, plane, boat, helicopter, taxi, bus, or even camel. 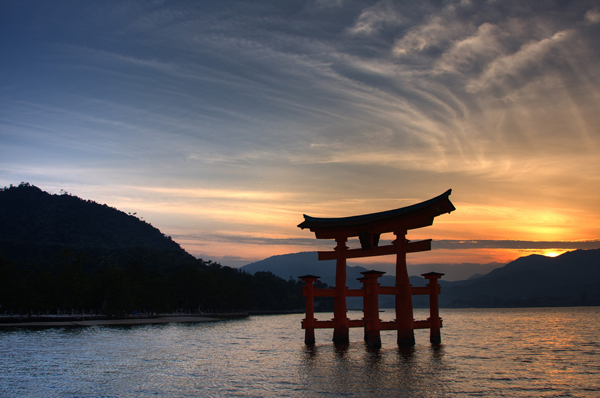 Such is life on the Tokara Islands; with the exception of a twice-weekly ferry and an emergency helivac pad (not on all the islands, either), you are alone with your thoughts – don’t count on finding any internet cafes.

The residents, a mixture of retired couples and young families wanting a quieter life for their children, are completely dependent on the ferries for food, medical supplies, mail, and any sort of physical contact with the outside world. As a foreign face in a somewhat racially homogeneous country on a remote island… well, you’ll be a rare spectacle.

Akusekijima, the seventh in the Tokara chain, is famous for its eclipse ceremony. In July, one will find the few Japanese inns and campgrounds on the island filled to capacity by tourists seeking a glimpse of the traditional wooden masks and grass skirts retained by the natives.

Although few on the island can trace their lineage all the way back to when the ancient tribes were ignorant of Japan’s presence, the ceremony continues unabated as a stubbornly upheld tradition.

For the athletes out there, there’s an annual marathon on the southernmost island in Kagoshima Prefecture, Yoronto. Two times around the coast of this sandy paradise and you’ll find you’ve managed to travel 42.195 kilometers.

For info on surfing in Japan, get in touch with Matador member realsoulsurfin. Other Matador travelers living in Japan include arachel who teaches English on a tiny island, and Japanhoch, who knows all the best hiking spots in Hokkaido.