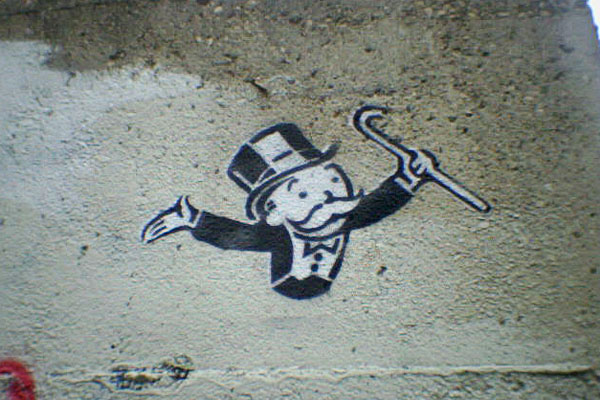 Budget travelers be warned: You cannot afford these.

WE LOVE budget travel here at Matador. So what’s with this post? Entertainment. Pure, unadulterated, entertainment. And besides, isn’t it always interesting to see how the other half (and by other half I mean 1% of humanity) live?

1. Most expensive hotel room in America (outside of Las Vegas)

According to Sarah Nassauer over at the Wall Street Journal, a night in the Ty Warner Penthouse in the Four Seasons Hotel in New York will cost you…wait for it…$35,000. It’s the most expensive room in the country — outside of Las Vegas, that is. It cost $50 million to build and took seven years to design, so really, it’s quite a bargain. 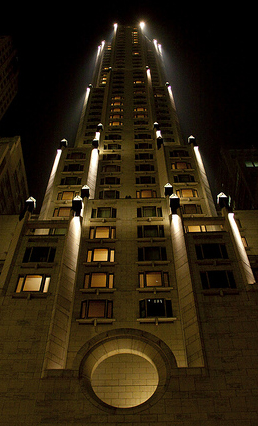 So what does the equivalent of the GDP per capita of Spain and Italy get you?

If you’re worried about booking problems, fear not. The room is only occupied about 25% of the year.

If you really want those bragging rights though, go on and reserve the Hugh Hefner Sky Villa at the Palms Casino Resort. $40,000 per night.

How would you like to visit “Cultural & Legendary Treasures In Remote Lands Around The World” between February 28 and March 23, 2011? How would you like to pay $71,100 for it? If you want to save some money, grab a partner and split the $62,950 double occupancy price tag.

Smithsonian Journeys — whose tagline is “The Best in Educational Travel” (think they throw in a Bachelor’s degree?) — is putting this nugget of a tour on. I know what you’re wondering. What does the money that could feed 284,000 children for a day get you?

They also offer Value Priced tours for those with lighter wallets. 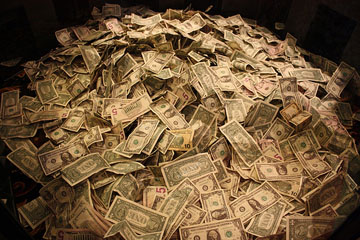 Got lotsa this? Photo: aresauburn

Hubpages.com brings us this list of the five most expensive cruise vacations you can sink your money into. For the low, low price of $62,000, you too can partake in a 108-night tour of the world.

On board Regent’s Seven Seas Voyager, every luxurious cabin has a balcony. They better have. For 62 large there better be million dollar views.

4. Most expensive food in the world

Forget the $1.50 slice of pizza in New York or the 50-cent bowl of pho in Vietnam. Put your money where your mouth is.

5. Most expensive shopping in the world

For many people, traveling is about shopping. For most, they will never afford shopping in these districts (sorted by rent): 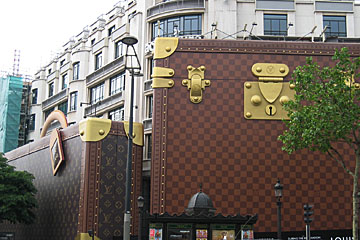 While I’m certain that Bill Gates and Warren Buffett will still be able to afford any and all of these, give them credit for pledging most of their cash to charity and challenging other wealthy folks to do the same. Learn more at Gates & Buffett challenge super rich to give half to charity.

What did you think of this article?
Meh
Good
Awesome
Bookmark
Posted In
Luxury Travel