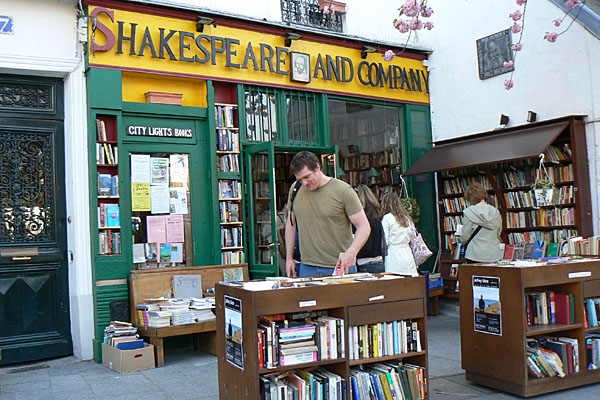 We can’t all be Maupassant or Colette, but we can have some fun trying. Here are 5 classy ways to do some reading and writing in Paris.

Le Marais, the ramshackle, historical neighborhood on the right bank of the Seine, is rapidly being gentrified. But it still maintains some of its bohemian vibe.

In the evenings, peruse the wine list and take a seat at the zinc bar or one of the rickety little tables

La Belle Hortense, a ‘literary bar’ named after a nineteenth-century romantic novel, is a quiet place to chill in the afternoon, sitting on squishy sofas in the back with a café and browsing the wide range of books. You can also look over the latest art or photography exhibition on the walls.

In the evenings, peruse the wine list and take a seat at the zinc bar or one of the rickety little tables; often there will be a book signing, poetry reading, or lecture going on (albeit usually in French).

Where: 31 Rue Vieille du Temple, Metro Hotel de Ville or Saint-Paul.
When: 5 PM – 2 AM.
What: Check cafeine.com for events and exhibitions.

2. Drift around the Marais and Quartier Latin

Just up the road from La Belle Hortense is Bookbinders Design, where stationery fetishists will appreciate the expensive and beautiful Swiss notebooks. Surely the pearls of wisdom you’ll be scribbling deserve nothing less than this thick, creamy paper and subtly-coloured canvas bindings. 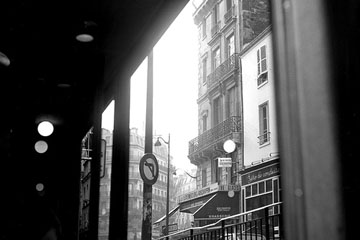 Round the corner, on the Place des Vosges, is the writer Victor Hugo’s house, now transformed into a museum of his life and work.

Across the river on the traditionally intellectual Left Bank, Zola, Rousseau, Victor Hugo, Voltaire, and Malraux all sleep eternally at the Pantheon.

East of the Boulevard St. Michel’s tourist traps are some mellow bars where you can journal moodily in a corner or discuss philosophy and politics.

3. Crash on a couch at Shakespeare & Co

The first incarnation of Shakespeare & Co was opened in 1919 by Sylvia Beach, one of the bohemian set of foreign authors and artists who frequented Paris.

Visitors included Hemingway, Ezra Pound, and Gertrude Stein, and Beach helped publish the first version of James Joyce’s Ulysses, as well as stocking ‘obscene’ titles such as Lady Chatterley’s Lover which were banned in Britain and the USA.

WWII put an end to Beach’s shop, but in 1951 American George Whitman started up his own store which became ‘Shakespeare & Co’ on Beach’s death. At the time of writing Whitman, aged 96, still lives in the medieval building that houses the shop, and the business is run by his daughter — also called Sylvia. 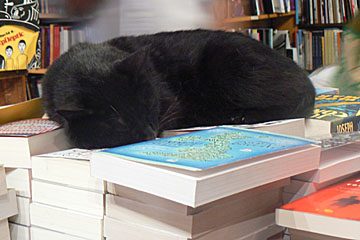 She’s started a successful festival which takes place in June of alternate years, and there are weekly readings and book launches in the shop.

George himself was awarded the Officier des Arts et Lettres medal by the French Minister of Culture in 2006 — despite once having described his shop as “a socialist utopia masquerading as a bookstore.”

Shakespeare & Co has long welcomed itinerant writers and travellers, known as tumbleweeds, who exchange their work for a place to sleep — sometimes just a sofa amongst the books. Over the years, visitors have included Allen Ginsburg, William Burroughs, and Henry Miller, and the shop’s iconic status has earned it cameo roles in movies including Before Sunset, Julie & Julia, and even Highlander.

Where: 37 rue de la Bûcherie on the Left Bank of the Seine.

The area around Rue de la Huchette, heading away from the river past Shakespeare & Co, is home to many secondhand bookshops. If you have no baggage limit to worry about, check out the bouquinistes, the green boxes along the bank of the Seine, from which books and prints — some tacky, others pornographic, many strange and unusual — are sold.

5. Look wistful by your hero’s grave

Cimetiere du Pere Lachaise is chock-full of the famous dead. 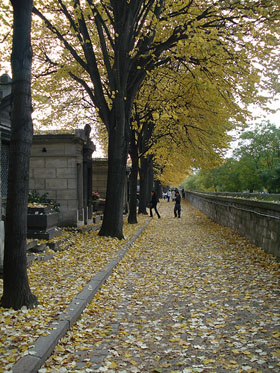 Probably most celebrated for the tanked Doors fans who come to worship at Jim Morrison’s tomb, the cemetery contains the more bookish graves of philosopher Peter Abelard (of the legendary doomed love affair with Heloise), Nobel literature laureate Miguel Angel Asturias, great names of French letters such as Colette, Proust, Moliere, de Musset, and La Fontaine, the ‘inseparable’ Gertrude Stein and Alice B. Toklas, and the exiled Oscar Wilde.

Abelard, La Fontaine, and Moliere were all moved there after their deaths, in an early nineteenth-century effort to make the ‘out of town’ location fashionable. Much less well known is the Cimetiere des Batignolles (Metro Porte de Clichy) where the poet Paul Verlaine and surrealist Andre Breton are buried.

Other literary figures such as de Beauvoir, Beckett, Baudelaire, Maupassant, and Sartre all reside in the Cimetiere de Montparnasse in the south of the city.

If you’re planning a trip to Paris, don’t miss our Paris Focus Page, where you can find all the resources you need, including How to Move to Paris With No Money and What NOT to Do in Paris.

Paris’ Champs-Élysées will be transformed into an urban oasis