With the price of the euro continuing to climb, American travelers to Europe have found that their savings – which used to get them a lot of bang for the buck – are now leaving them with few options.

AS A RESULT, the savvy traveler should know some important facts and tips on how to stretch their dollars, as well as how to get some freebies while traveling. Whether you’re backpacking or staying in hotels, these tips can keep you from hitting up the ATM every other day.

Oh, Where Do Those Dollars Go?

Paris is one of the most popular cities in Europe, and for good reason.

Paris is one of the most popular cities in Europe, and for good reason. With a long list of famous museums, unique quarters, and cool cafes, you can literally spend a week in the city without running out of things to do.

You need to keep track of your expenses, however, because Paris is also one of the most expensive cities in the world.

If you’re a student, you’re in luck, because the museums of Europe love to give discounts to academia. Even if you’re a year or two out of college and still have your old student ID, take it with you.

At the Louvre, for example, every first Sunday of the month and July 14 (Bastille Day), admission for students is free.

If you won’t be there at that time, there’s no need to stress. Every Friday between 6 pm and 9:45 pm, admission is free to all visitors under the age of 26. Valid ID is required. 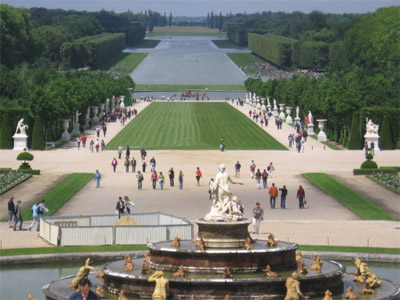 If you won’t be able to spend a whole lot of time in Paris, but you wanted to see as much as possible, the best thing you can do is a free walking tour of the city.

Every day at different times and locations, Fat Tire Bike Tours offers guided tours. These tours differ in the places they go and things they focus on, but will usually go to the same general locations that most visitors would want to see.

Walking tours can go for about 3 1/2 hours and take you over a good portion of the city. If you’re staying in a hostel, there should be a brochure for the tour at the front desk, and if not, ask the staff. Some of the tours do cost money, but you should also ask about the free tours.

All the guides ask is that if you enjoyed the experience, you give a tip at the end.

Versailles: A Day On Its Own

If you want to visit Versailles, be prepared to spend a lot of money. First, you’ll need to jump on the Metro to get to the train station, where you’ll have to buy a roundtrip ticket to Versailles.

When you get to the palace, you’ll need to pay 13.50-15 euro to get into the grounds, which won’t include everything. For an all inclusive pass, you need to dish out 20 euro. 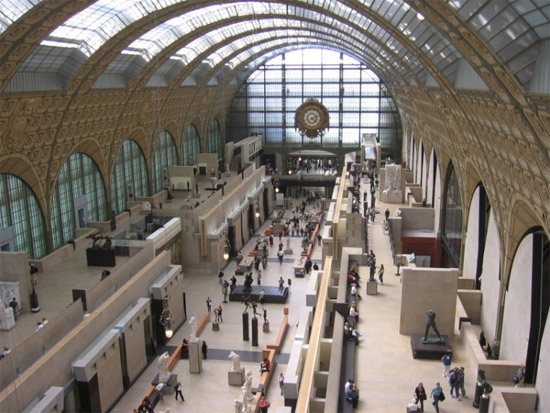 Unless you’re a die-hard French history buff, it’s best to get the lowest entry ticket and walk around. You still gain access to the more popular areas and can walk all over the grounds. Versailles is huge, and you can spend hours just walking around.

After the Museums, What Next?

Drinking outside in Paris is acceptable, so you can simply buy a bottle of wine and sit in a park and enjoy.

Being in Paris, you might be tempted to sit at a café and try some coffee or enjoy some wine. You should indulge a bit, but keep in mind that a cup of coffee can cost about 3-4 euro. Wine, on the other hand, can be bought very cheaply at a store.

Drinking outside in Paris is acceptable, so you can simply buy a bottle of wine and sit in a park and enjoy. This will save you a lot of money later on, especially if you’re traveling with friends and can share the cost.

Some people like to buy a few bottles of wine and sit by the Eiffel Tower at night to watch the light show every hour. That’s just one suggestion, but you can do the same anywhere else in the city.

Drinking outside is great a way to cut down on costs at bars and clubs, and you might get to actually interact with some of the locals while doing so.

Food in Paris is delicious, but extremely expensive. If you really want to cut your costs, you should just shop at a local food market.

This works better in groups of 2 or 3, but if you can pitch in and buy bread, deli, and whatever else you need, you can survive off of sandwiches for a few days, drastically cutting down on the costs.

At one pizza shop in the 15th Arrondissement, a neighborhood that isn’t known for tourism or high prices, one individual-sized pizza at a restaurant cost 14 euro. In the long run, it just makes more sense to self-cater and eat cheaply.

Where Are We Sleeping Tonight?

A big factor in the daily expenses is your lodging. If you’re trying to get by on $100 a day, a hotel is out of the question. The cheapest hostel you’ll find will cost you 20 euro a day.

Some of these places will include breakfast, which can help on the food situation, but you need to think about the area in which you’re staying. 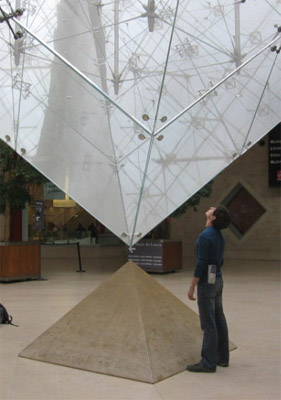 If you get a hostel in the heart of the city, chances are that the markets around you will be more expensive. You should also be prepared for bare-bones accommodation in these cheap hostels. They won’t be absolute dumps, but you won’t be getting as many services for 20 euro as you would in other cities.

There are two options to try to avoid extra expensive hostels. One of them is called Couchsurfing. This is a unique platform for connecting travelers who need a place to stay, but can’t afford to pay for it.

Couchsurfing will not only save you money, but will get you away from hostels for a few days and get you in touch with some locals, who can point out their favorite spots.

If you’re traveling with a few people, a short-term rental will save you money on hostels

The second option is looking in the classifieds before you go for an apartment to rent. Often, on Web sites like Craigslist, people will be looking for someone to rent their apartment while they are away for a few days.

If you’re traveling with a few people, a short-term rental will save you money on hostels and can be a good way to see non-touristy parts of the city.

If You Have Time, Don’t Rush!

Part of the thrill of Paris is simply being there. Since Paris is a city with so much energy and history, you can keep yourself occupied just by walking around and exploring.

Don’t forget to take the time to sit in a garden or park and take in the atmosphere. Activities like that are always free and can often be most memorable.

Matador is packed with experts who can give you an insider’s perspective on France. Anna Brones explored French wine country and wrote an article about her trip for Traverse – A Weekend on the Route de Vins.

Chris de Paris is (shocker) a native of Paris – currently bound for Mozambique.