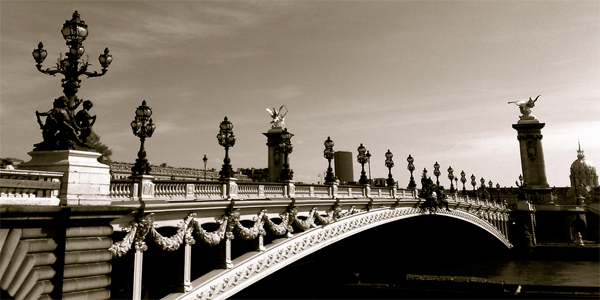 Feature and above photo by oNico®.

As it turns out, going to Paris without money is the best way to do it.

“HOW ARE YOU affording Paris?” my mother, in her overly-motherly way, wanted to know.

My partner and I didn’t have a hotel booked and we didn’t know what we would do when we got to Paris, except avoid spending as many Euros as possible.

We packed solemnly, listening to a barrage of radio reports on the desolate state of the world economy and wondering how long we could avoid paying this month’s rent. 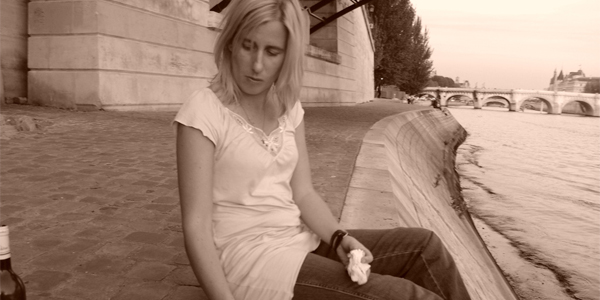 By lucky, youthful fortune, a friend of ours turned out to have a crumbling apartment in the Latin Quarter that we could stay in, as long as we were out by the end of the weekend—he’d recently sold the place and new ownership was soon to take effect.

On our last evening, we were having a meal on the mattress–cheese, pâté, wine–when a girl came into the apartment to take away all of the furniture.

We slept without a mattress that night, sweating profusely in the late August heat, but it was okay, somehow—and it was free. 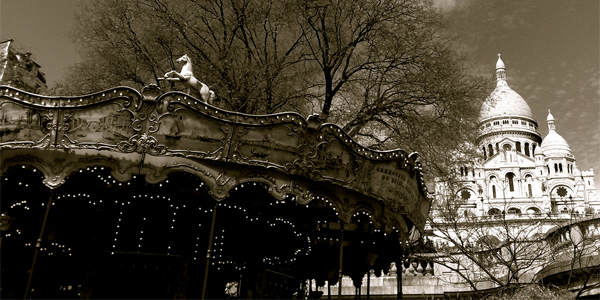 Slow down to appreciate the rich detail

Mostly we walked around the city, but because my partner had recently sprained his ankle, we had to take it easy, and most of our walks were slow, aimless strolls. It turns out that this was good for me.

I had only been to Paris only once before, a year previous, on my own. I was poor, then, too, but less so; more than that I was lonely, for Paris is a strange place to be without a companion.

To combat the loneliness, I walked the walk of someone with a purpose, although I had none. I walked from the Place de Republique to the Notre Dame, from where I followed the curve of the Seine to the Eiffel Tower; then I crossed the water and hiked up to the top of Montmartre, where I lingered only for a coffee before climbing back down the mountain.

My feet hurt, and I had seen more of Paris than most weekend tourists, but none of it meant anything.

This time, I was reading The Flaneur by Edmund White. A flâneur is a kind of loiterer, a watcher in the city—and Paris, White writes, “is a world meant to be seen by the walker alone, for only the pace of strolling can take in all the rich (if muted) detail.” 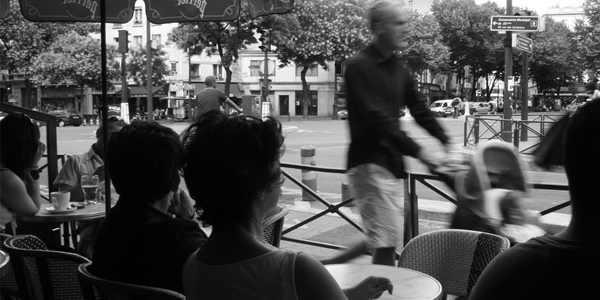 White also reminded me that Ernest Hemingway, a onetime writing hero of mine, was hungry and poor in Paris, too. There is a passage in A Moveable Feast that I had forgotten until I read The Flâneur; it starts thus:

“You got very hungry when you did not eat enough in Paris because all the bakery shops had such good things in the windows and people ate outside at tables on the sidewalk so that you saw and smelled the food”.

Then Hemingway describes how he used to wind his way around the city avoiding all the places that made him hungry and tempted to spend money.

My partner and I ate meals out of supermarkets and bakeries. Our favorite dinner was in a park near the Louvre, facing a trio of naked statues, finishing our €2 red and gorging ourselves on fresh bread and soft cheese.

We determined not to be hungry by carrying chocolate in our bags, sucking bittersweet squares while we passed handsome couples posed over elegantly arranged plates at streetside cafés.

Occasionally, we splurged, but even our splurges seemed austere. On Montmartre, we found a cafe my partner had been at years ago, a quiet place in a quiet square were we were the only ones speaking English.

We each ordered the special, a huge salad with fresh lettuce and beetroots and meat and cheese, and shared half a bottle of crisp white wine. We watched a pair of leathery middle-aged men doze in the red-and-yellow striped deck chairs outside the sign: Le Botak Café. 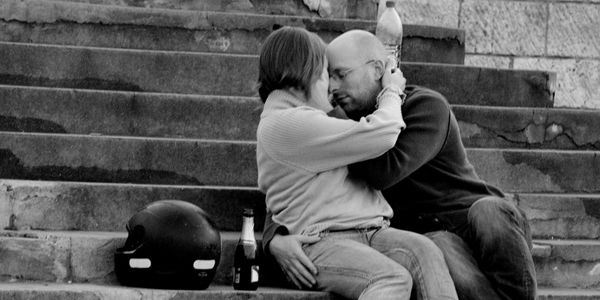 In search of a private moment

Of that enviable creature, the flâneur, Edmund White writes:

“He (or she) is not a foreign tourist tracing down the Major Sights and ticking them off a list of standard wonders. He (or she) is…in search of a private moment, not a lesson, and whereas wonders can lead to edification, they are not likely to give the viewer gooseflesh. No, it is the private Proustian touchstone—the madeleine, the tilting paving stone—that the flâneur is tracking down.”

My partner and I sought no major sights, initially because we could not afford to, but eventually because we had found a greater pleasure in the intimate, a curious thrill in our ability to watch.

We drank café au lait facing the street so we could see all the people. Our biggest expense was coffee, not accommodation or food.

Once, for the sheer poetry of it, we had a kir at Sartre’s café, Café de Flore, across from the Brasserie Lipp where Hemingway eats one hungry afternoon in A Moveable Feast. Because the drinks were so expensive we sipped slowly, enjoying being able to rest our feet while other people walked on by.

The waiter brought us a plate of green olives and we sucked them from a toothpick and picked the pits out from our teeth. As we were sitting there a sudden horde of rollerbladers came sweeping down the street, flanked by police cars. Beside me a svelte black-haired woman read Elle and drank a €5 coke through a straw, tapping her high-heeled feet. 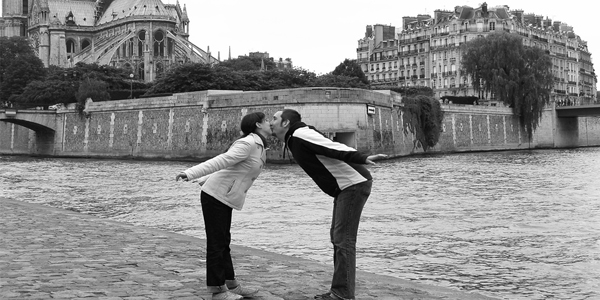 The rich poverty of youth and idealism

The Paris we found in our state of poverty—which is not, I should add, any true or cruel poverty, but rather the relative poverty of youth, and of idealism—is perhaps a more powerful Paris than we could ever have discovered if, flush with cash, we stayed in a glittering hotel, wandered the halls of the Louvre, dined at cafés along the Champs-Élysées, kissed at the top of the Eiffel Tower.

As it happened, we kissed instead at the top of the Institut Du Monde Arabe, which boasts free entry and sweeping views of the Seine, of Notre Dame, of countless rooftops.

On our last evening in Paris, we went to the Caveau des Oubliettes, around the corner from our (now mattress-less) apartment, to hear some blues. There is no cover charge, only a requirement that you buy a drink, so over a few pints of beer, we listened to the frenzied jams of various swaying musicians until the wee hours, when, dizzy and grinning, we emerged onto the street like two people transformed.

Hemingway may have written about hunger, about the stern beauty of a city that he was mostly always poor and cold in. But also he writes this:

That’s something–and a far nicer something, in fact, than being able to afford a fancy hotel with a mattress or to enter every museum or shop for souvenirs.

The touch of a single tile

It is as Walter Benjamin, quoted in Edmund White, writes:

“The flâneur is the creation of Paris…he would be happy to trade all his knowledge of artists’ quarters, birthplaces, and princely palaces for the scent of a single weathered threshold or the touch of a single tile—that which any old dog carries away”

It is only when we are stripped of resource—penniless, young, lacking a full understanding of the language of the place—that we finally have the courage to adopt this philosophy of travel.

It is when we have nothing but our own wits, and perhaps the company of an intimate acquaintance, that we finally lose the pressure we have felt for so long, as travelers, to see this, and do that—we destroy our to-do lists and pursue, instead, “the touch of a single tile”.

And what we find along the way is sacred.

A Moveable Feast
The Flaneur

What did you think of this article?
Meh
Good
Awesome
Bookmark
Posted In
Budget Travel Trip Planning
Destinations
Paris, France

The Louvre is running a Jay-Z and Beyonce-themed tour

Paris’ abandoned metro stations might be getting a snazzy makeover

The Eiffel Tower is closed due to a strike