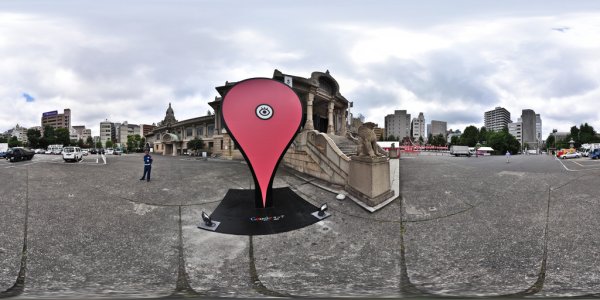 Photo above: heiwa4126, All others: Author

Thanks to Google Maps, a few hours on the Internet can be more productive than weeks worth of wingin’ it on the road.

GOOGLE HAS PUT images of the entire world online, for free. Think about how amazing that is.

Last year, in “Virtual Traveling for the Rooted Hobo,” Marc Latham talked about using this technology to explore the far corners of the world from the comfort of your office chair. The Street View feature even allows you to virtually tour UNESCO World Heritage Sites.

But what happens when you’re already in the far corners? Can Google Maps be used as an actual travel tool?

Getting off the beaten path can be difficult when you’re carrying the same guidebook as everyone else, and though wandering aimlessly has an undeniable allure, the world is so huge that worthwhile adventures sometimes need objectives.

Serious missions require preparation, and thanks to Google Maps a few hours on the Internet can be more productive than weeks worth of wingin’ it.

I’ve used Google Maps to mount expeditions to an abandoned mental asylum, forgotten tropical beaches, and, most recently, find bomb craters in Laos for a photo essay at Matador Change.

That last piece inspired a few questions about the logistics of capturing the shots, so I’ll be using Google Maps screenshots from around the area they were taken to show how to effectively utilize satellite photos, Panoramio, and other features to plan your adventure.

If you combine these tactics with a rented car, bicycle, or motorbike, the potential for discovery during your next trip will be wide open. 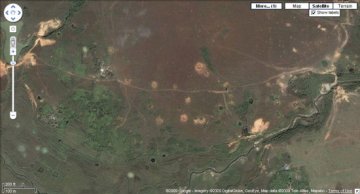 Google is constantly adding higher resolution images to their satellite photo database, so by now almost every city in the world is covered. Really, try it — pick a town in Kyrgyzstan you’ve never heard of, zoom in, and you can probably make out individual cars.

Even with high-res satellite photos it’s hard to tell exactly what’s on the ground, but large features like craters are easy to pick out. Satellite view is also useful for planning how to get there — the map overlays aren’t always accurate and don’t give any idea of road conditions, so it’s helpful to be able to spot the route yourself. 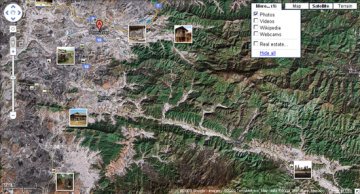 Picasa and Panoramio allow users to assign coordinates to their uploaded photos and overlay them onto Google Maps. This gives a level of detail you can’t get from satellite photos, but the real adventure utility is spotting worthwhile destinations in the middle of large expanses of nothing.

In the example above you can see there are a lot of photos tagged on the Plain of Jars, but there’s a separate cluster on the bottom right as well. That’s a town that’s home to a ruined temple, bombed hospital, and other interesting relics, but it’s rarely mentioned in any tourist literature and seldom visited. 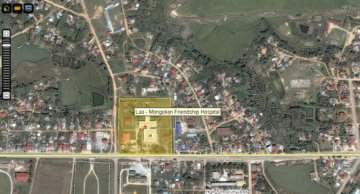 Though Google does integrate with Wikipedia, Wikimapia takes the idea a step further and allows anyone to outline, tag, and describe any feature in the world.

This is invaluable in large cities, where something awesome could be hiding just around the block.

Street view is only available for a few countries, but it’s probably the most useful thing Google’s ever come up with. 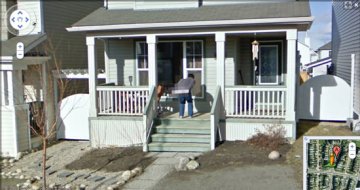 The most practical aspect is that you’re able to see the front of buildings from street level, which saves a lot of number-hunting when you’re trying to find that perfect little coffeeshop you heard about with nothing but an address.

If you’re traveling by bicycle or motorcycle, it’s also a great tool for finding the best route to take.

There are plenty of other non-travel-specific resources on the Web that can come in handy, like Flickr and Wikipedia. With a bit of fooling around, you can find the sites that work best for you and the methods of use that contribute most positively to your adventure style.

For more on how modern technology is changing the ways we travel, check out iPad Revealed: One More Thing From Apple, Fund my Story: New Economic Models for Writers, and New Wave of Social Media: Tweeting and Blogging from the Amazon.