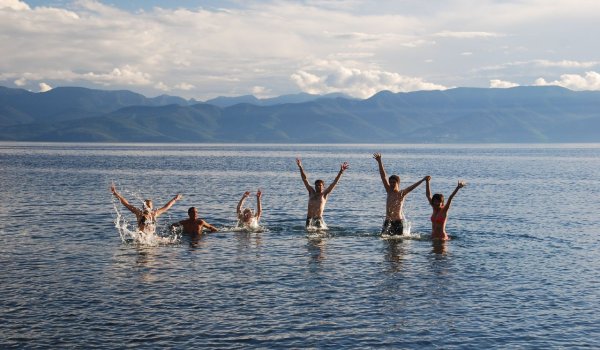 Lakes have a lot to offer: You get all the benefits of a refreshing body of water without having to worry about tides, currents, rapids, great whites, or that scummy coating of salt.

That must have been what the folks at the Brilliant Tips blog were thinking, anyway, when they published a snapshot of 10 Unique and Fascinating Lakes Around the World.

And Trips agrees. It’s time to bigup the world’s lakes, and here are some picks from the Brilliant Tips piece to get us started: 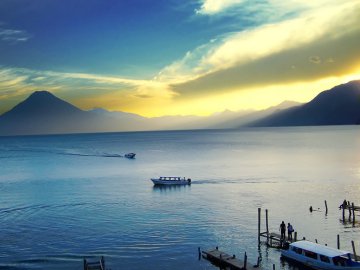 First we have Guatemala’s Lago de Atitlán, with a trio of volcanoes flanking its southern shore. A series of Mayan villages also ring the water.

And then there’s Taal Lake, on the Philippine’s main island of Luzon. An active volcano rises up from an island in the middle of the lake, and within the volcano’s crater is yet another lake, which Wikipedia describes as “the world’s largest lake on an island in a lake on an island.”
Ya follow?

Tourists aren’t the only ones who can appreciate lakes. There may be as many as one million flamingos in Kenya’s Lake Nakuru at any given time, attracted by the water’s abundant algae. 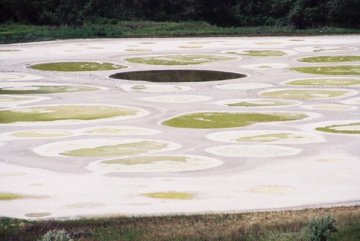 Spotted Lake, in Klikuk, British Columbia, gets its double-take texture from the soup of minerals found in its water and the peculiarities of local evaporation processes.

It’s visible from a pull-off on Highway 3, just a 10-minute drive north of the Washington border — truly an alien landscape.

The crescent blade of a lake is located in southeastern Russia and is a good choice for breaking up your Trans-Siberian rail journey.

The Dead Sea, on the borders of Jordan, Israel, and the West Bank, is actually a giant salt lake. It also marks the point of lowest elevation on Earth’s surface (422 meters/1,385 feet below sea level). 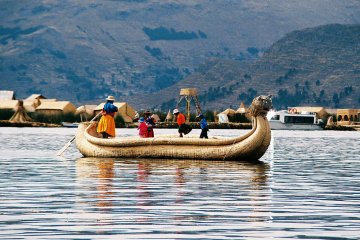 Lake Titicaca would be an obvious addition to the list.

It’s giant, super high (one of the highest navigable in the world), and home to a collection of artificial islands made from reeds that people live on.

Oregon’s Crater Lake is another standout, with its great depth and remarkably clear waters.

Any more? What’s the most memorable lake you’ve visited, and what makes it unique? Let us know in the comments.

An elephant, trapped in mud for three days, was saved by rescue teams

Nairobi is the cultural hotspot you’ve never thought of visiting