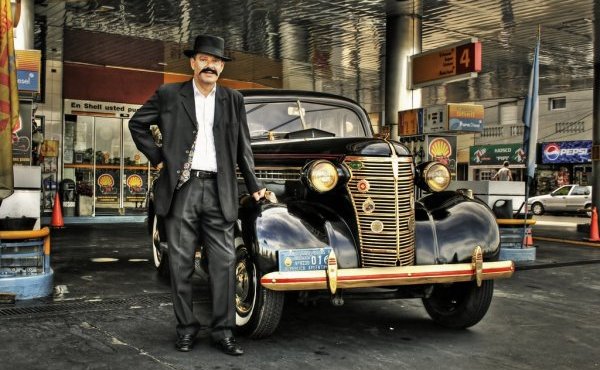 Several members of the Matador team either are living or have lived in BsAs. These are their stories.

Arguably the best Japanese food in Buenos Aires is at Comedor Nikkai, which is, not surprisingly, located in the Japanese Cultural Center (Av. Independencia 732, San Telmo).

The spinach appetizer still makes me drool while daydreaming. Sushi plates are fresh and generous. The chirashi is among the best I’ve ever had, and I’ve housed a lot of raw fish. Great sake and a very friendly staff. Rivals the best sushi I’ve had in New York or Japan. 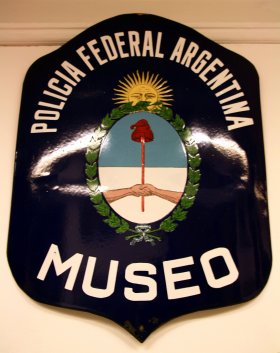 Another favorite: the Federal Police Museum. Strange and borderline terrifying.

I’ve gone twice and have never witnessed another customer, which wouldn’t be a big deal were the place not filled with creepy mannequins that could come to life at any moment.

The drug section is bizarre, especially the heroin display with a needle sticking out of a fake arm. It’s all here — re-creations of exhumed bodies, the bones of a police dog, and even confiscated gambling equipment.

An absolute must if you’re a little freaky. I wrote a post about it (with photos) called Creeped Out at Museo de la Policia Federal, Buenos Aires.

I’d have to go with one of three things:

* Cafe San Bernardo — a neighborhood dive in Villa Crespo, got character comin’ out the ears, complete with poem dedicated to the cafe posted on the wall, a giant, yellowing picture of Carlitos hanging above the bar, and about 20 pool tables. Also, open 24-7 (Avenida Corrientes 5434). 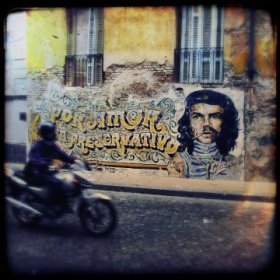 Lau’s dad, Adalberto, came over yesterday and we had lunch in San Telmo, a great place called territorio at the corner of Estados Unidos and Bolivar.

Dark, high-ceilinged, and with several cervezas artesanales or microbrews on tap, it felt almost like an Irish pub except for the Brazilian breakbeats and other electronic music playing on the stereo.

Both Adalberto and I had guiso surreño, a classic meat stew, topped with rosemary potatoes, and cerveza rubio, or pilsner. Lau had an omelet with basil, tomato, and cheese that looked wonderful.

The place had an immaculate bathroom, which, as Anthony Bourdain points out, is a pretty solid indicator of how a restaurant keeps their kitchen. I also noted a special paragraph on the menu stating that territorio doesn’t serve cokes or soft drinks as the hyper-sweetened beverages take away from the food. I couldn’t agree more.

After lunch we had pear tarts and apple crumbles for dessert, plus tea and espressos. This would’ve been a $60 lunch back in the U.S. but with the exchange rate being more than 3 pesos to a dollar, it ended up costing less than twenty bucks.

I hear El Boliche de Darío has two locations, though I’ve only ever been to the one in Vélez Sarsfield (Av. Miguel Canonigo del Corro 399). But I’ve been there more times than I can count on my fingers, which almost becomes necessary after the food coma I put myself into each time I go.

For just over 30 pesos, you’ll receive an overwhelming amount of food, starting with fries, empanadas, and salads (of two varieties), grilled provoleta (a whole chunk of provolone cheese grilled like a chunk of beef), morcilla (blood sausage), and chori (or chorizo – sausage) before the meat starts coming out. 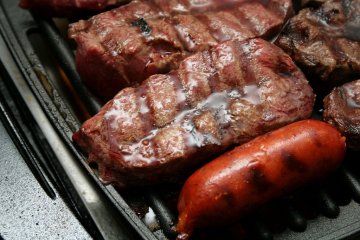 Do yourself a favor and ask for the provenzal (a salsa made of parsley and garlic) to eat with your fries, but don’t eat too much of what comes out first or you’ll regret it.

Once the meat starts appearing on stainless steel trays, your first course will be organ meat. Try it. You might surprise yourself. I’m a big fan of the molleja (sweetbreads) — tender and tasty.

Check out Asado Argentina to see what the different cuts of meat are called. Some aren’t sold or prepared this way where you come from, so be adventurous. You can make special requests and get as much as you want of what’s on offer.

Personally, I recommend the matambre, the bondiola, and the chicken.

I’ve got two faves, but they’re a package deal, both part of my wife’s and my Saturday morning tradition.

We start out at Palermo’s Plaza Holanda (the one with the pond in the middle). During the week, we come here to run on the cement track that circles the water, but Saturdays we move more slowly.

Dodging the joggers, cyclists, and novice rollerbladers who always seem to swerve dangerously close to the speed-walking (and speed-talking) abuelitas (¡O! ¡Dios mío!), we stroll through the rows of meticulously manicured flowers, find a pond-side bench, and break out the mate paraphernalia. 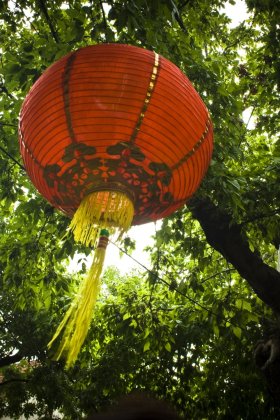 Less of a China-town and more of a China-street, Barrio Chino is basically the first two blocks of Arribeños north of the Belgrano C train station. Our ritual goes like this:

* Walk up to the second block where two Chinese girls and their griddle serve up dumplings, spice balls, gelatinous goodies, and various things on sticks. Ah, street food — I’ve missed you. Or, across the street at 2212 is a shop called simply “Productos de Soja” (Soy Products), which also sells takeaway treats.

* Stomachs prepped, choose a spot for lunch. Our favorites are a veggie joint at 2127 (“Siempre Verde”), an “authentic”-tasting, grubby-looking restaurant at 2152 (uncreatively labeled “Comida China”), and a swankier option with decent pad thai at 2265 (“Lotus Neo Thai”).

* Our love of Asian tastes is such that we have to take it home, and Barrio Chino has almost as many Chinese supermarkets as restaurants. Top of the list is “Casa China,” with two locations. The one at 2173 has a huge selection of bulk dried mushrooms, while at 2257 they really do it up in sauce selection.

You can find a lot more than Asian ingredients in these places — nostalgic American favorites like salad dressing and peanut butter, not to mention bottles of precious picante to spice up the typically bland Argentine cuisine (they even carry Mexican-made salsas!).

San Telmo’s Parrilla 1880 has been haunted by several Matador staffers.

David loved it because he could call ahead and order a filet de merluza con papas noisette, plus a salad of beets, carrots, radicheta at 11:30 at night.

Tom Gates thinks their meat is the best in the city and misses shooting the shit with Claudio, who hovers around the tables in the back (and sneaks patrons lemoncello shots).

I first learned here that bife de chorizo can be served in a rectangular block the size of a foot and still be juicy and tender. Oh, and that tongue and sweetbreads are delicious.

And Kate, who makes a career of denying herself things, was thoroughly spoiled by Tom here with a juicy steak cooked bloody as ordered, and plans to return the favor when he makes it back Buenos Aires way.

Team Matador has also shared our Favorite Restaurants In The World. And by some accounts (um, ours), Matador Editors Have the Best Blogs.