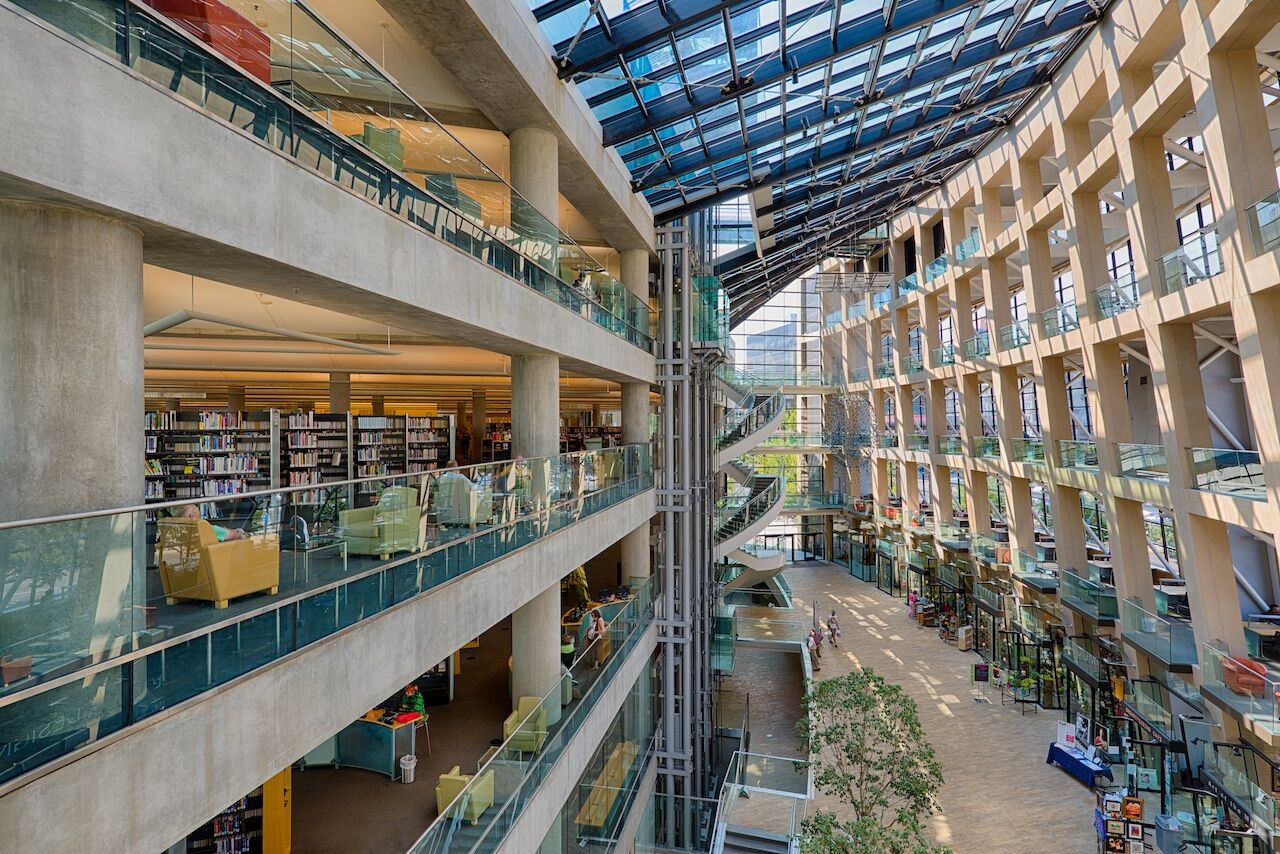 With music playing on every floor, an art gallery, a firm no censorship policy on their computers with Internet access, and a cafe serving coffee and sandwiches, this is not the library I grew up getting shushed at. 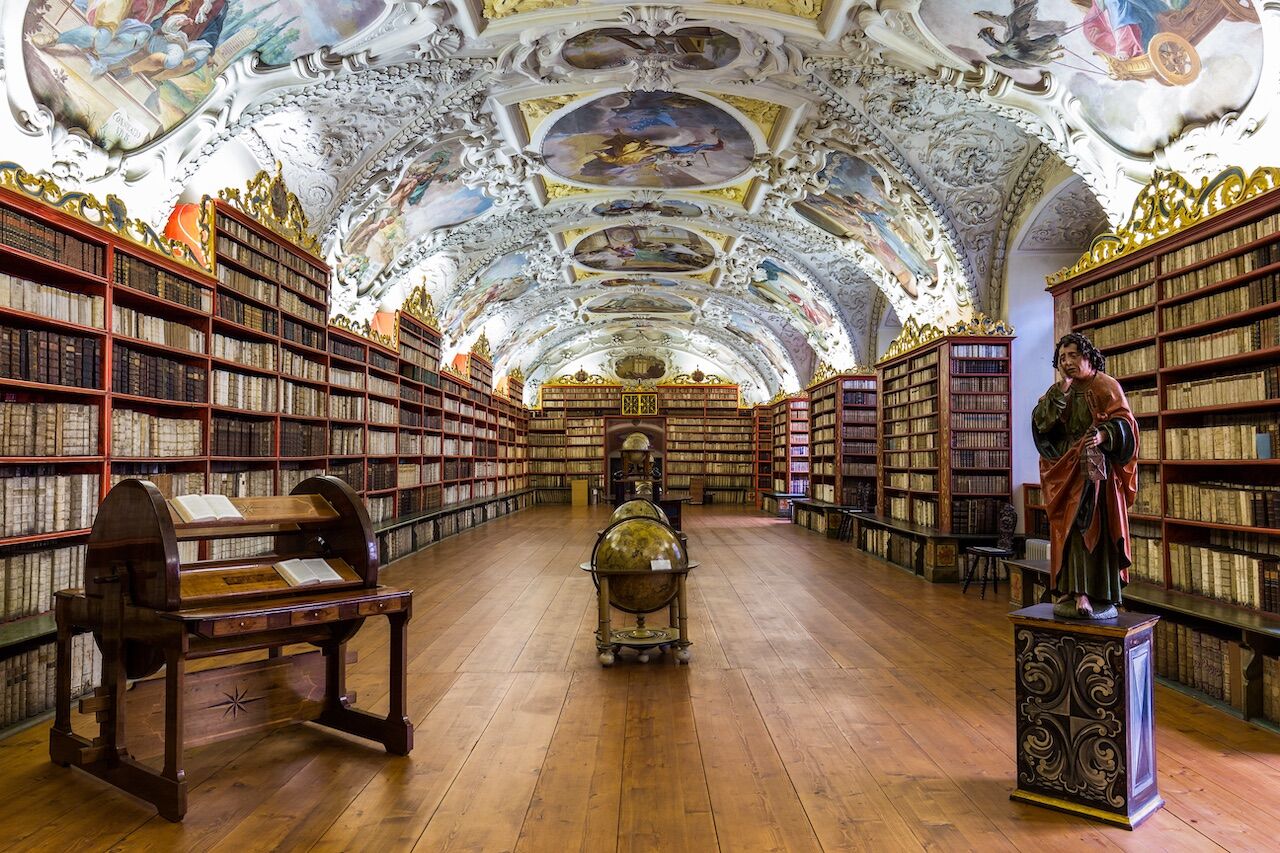 (Prague, Czech Republic) The ornately decorated library in the Strahov Monastery contains 18,000 religious texts, including many editions of the Bible in numerous languages. 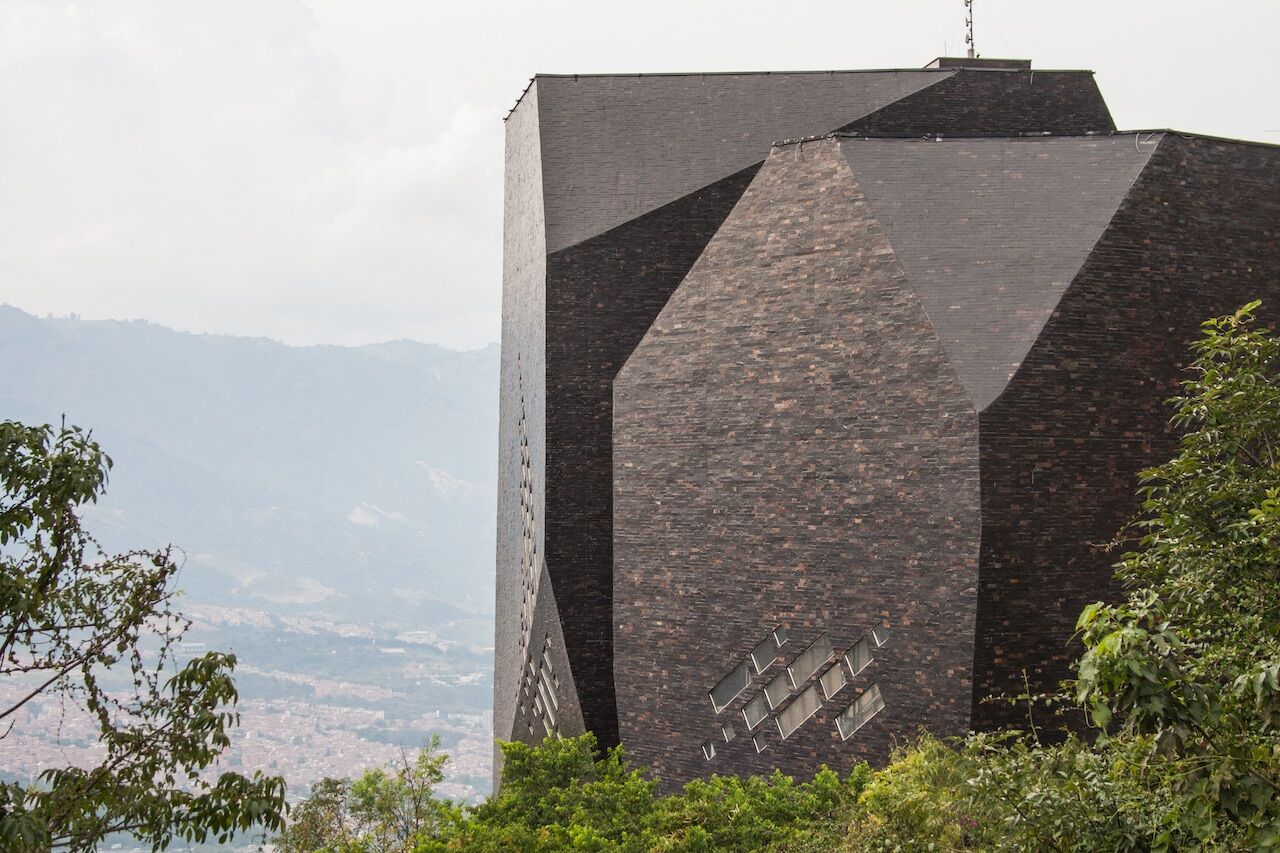 (Medellin, Colombia) Set on a hilltop in Santo Domingo — an area that was heavily affected by violence and drug trafficking in the 1980s and 1990s — Biblioteca EspaÃ±a was built as part of an initiative to enhance urban development and to provide more opportunity to the city’s poorest residents. 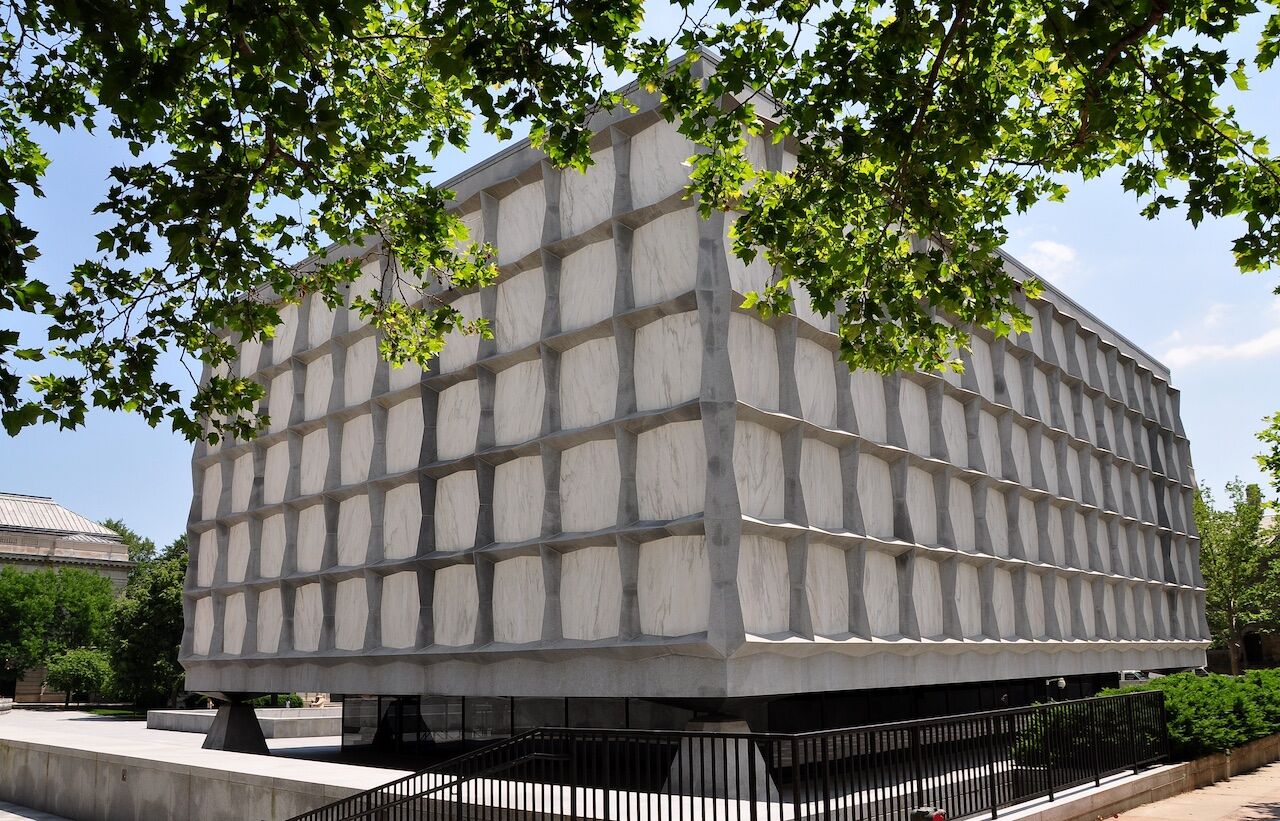 (New Haven, CT) A gift from the Beinecke family to Yale University in 1963, this windowless building has walls made of translucent marble, specifically designed to preserve the rare books and manuscripts inside, including one of the 48 remaining Gutenberg Bibles. 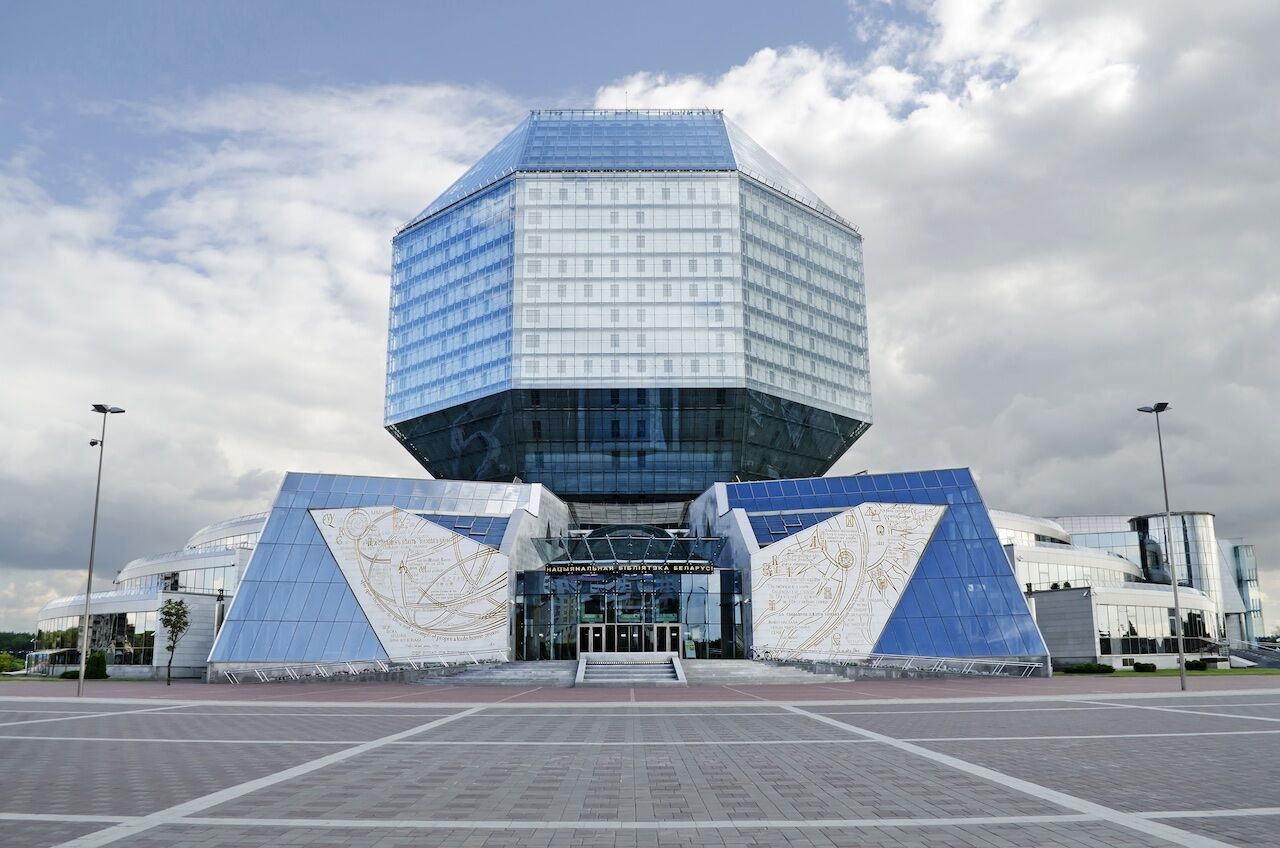 The newly designed National Library of Belarus houses over 8 million items and has the only public observation deck in Minsk. 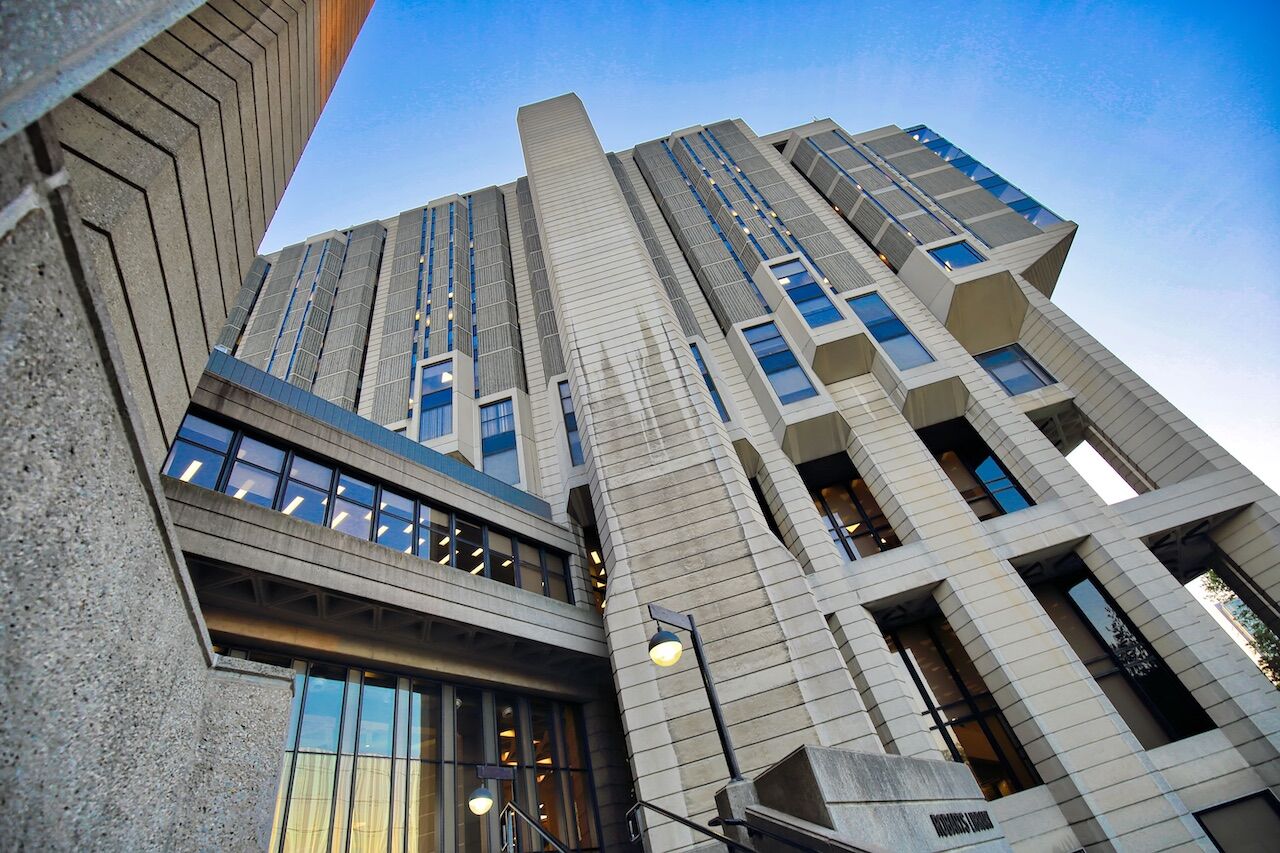 The University of Toronto’s Thomas Fisher Rare Book Library has the largest collection of rare books and manuscripts available to the public in Canada, including an extensive collection of Lewis Carroll first editions, biographical material, and photography. 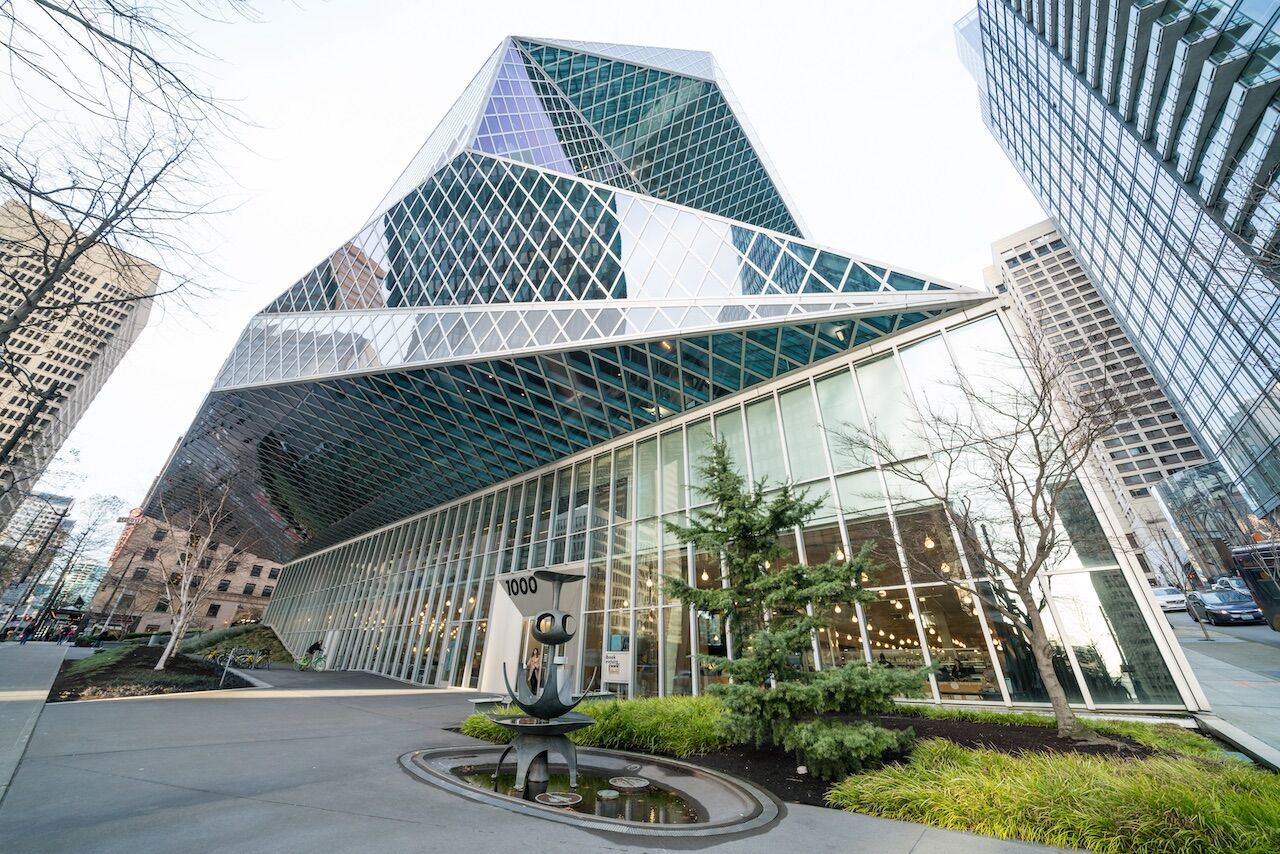 The Seattle Central Library was built in 2004 to be an inviting and functional public space. Its “Book Spiral” displays the library’s entire non-fiction collection in one continuously winding run, enabling library-goers to peruse the 4-level section without being interrupted by stairs. 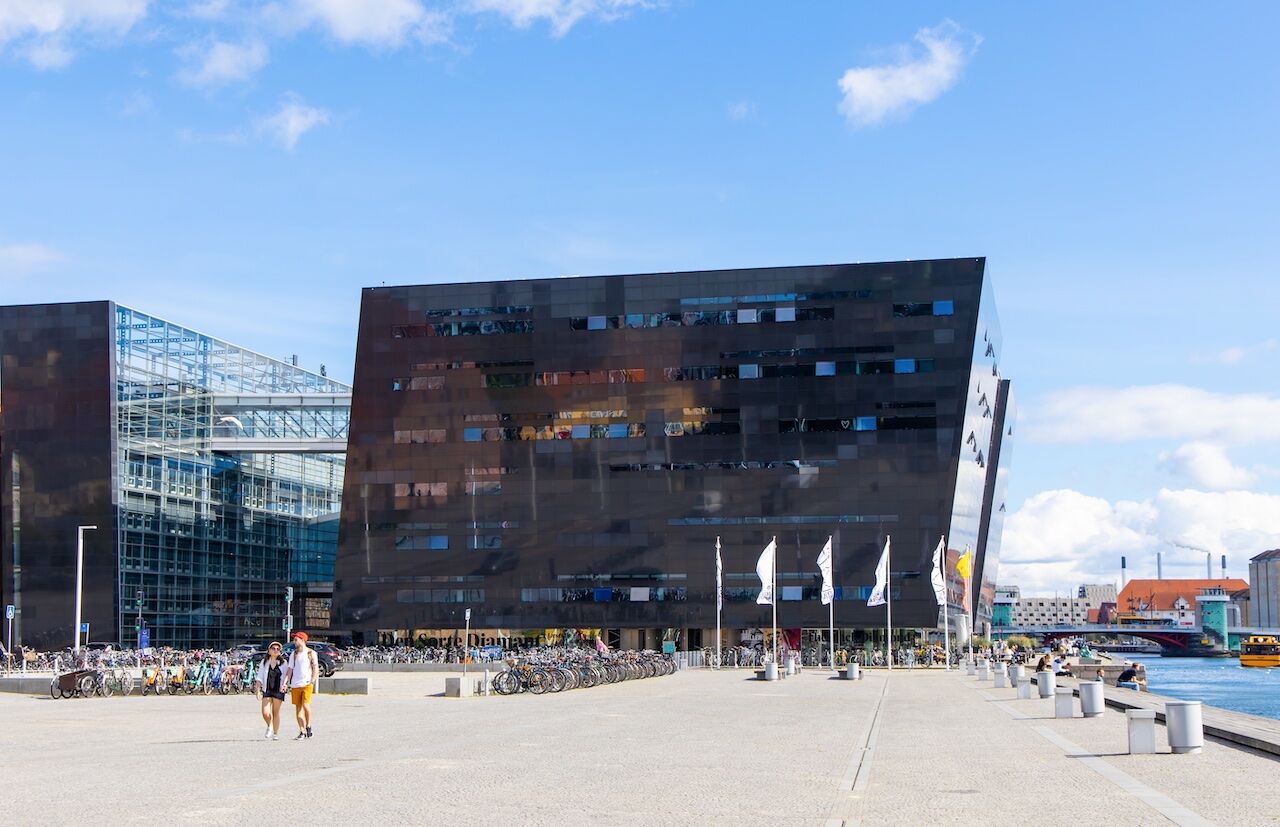 The Danish Royal Library in Copenhagen was founded in 1648, and now holds nearly all known Danish works ever published. A new addition known as the Black Diamond was built in 1999, which houses a concert hall, exhibition spaces, two museums, and a roof terrace in addition to the library and reading rooms. 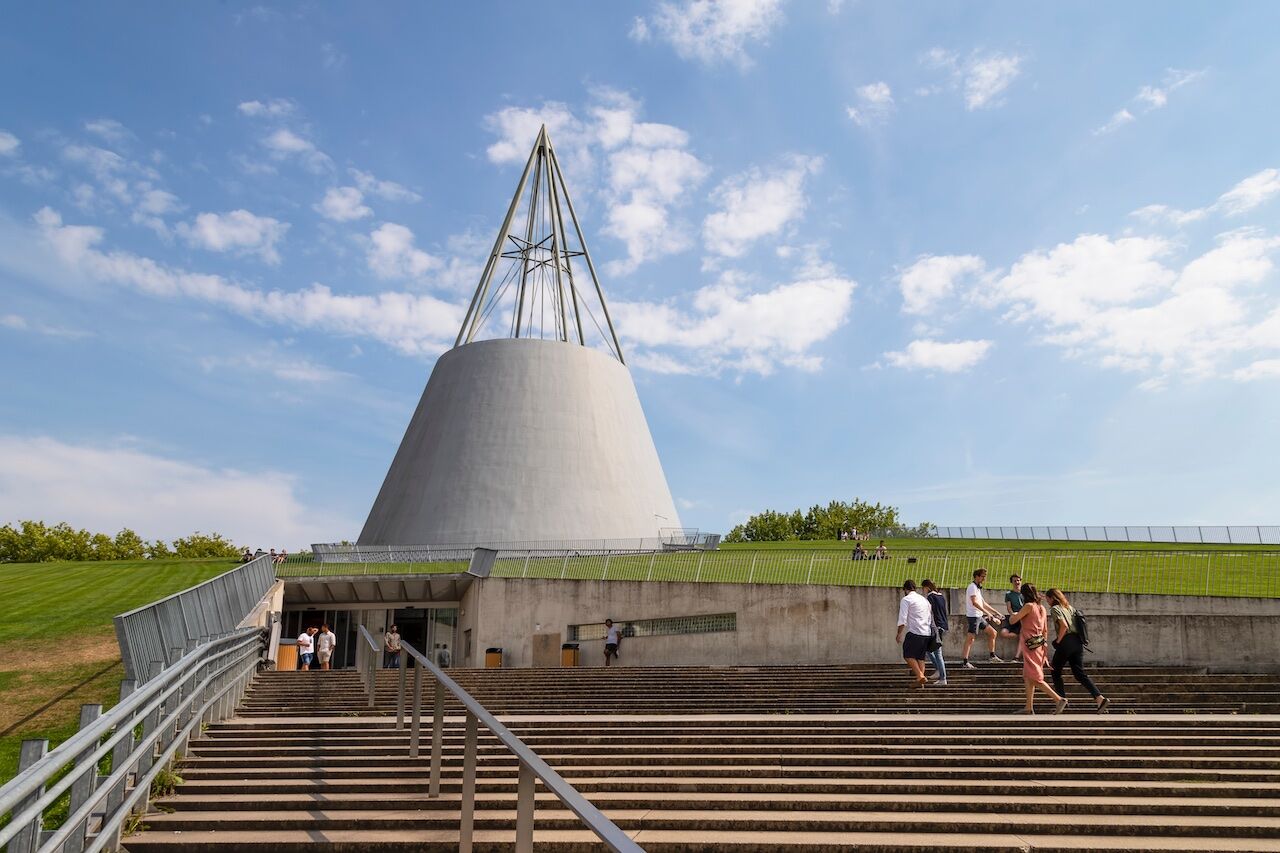 (Delft, Netherlands) The Delft University of Technology library was designed by architectural firm Mecanoo to be a “triangle of grass and glass.” The building is topped off by a large metal cone, which houses four reading rooms accessible by spiral staircase. 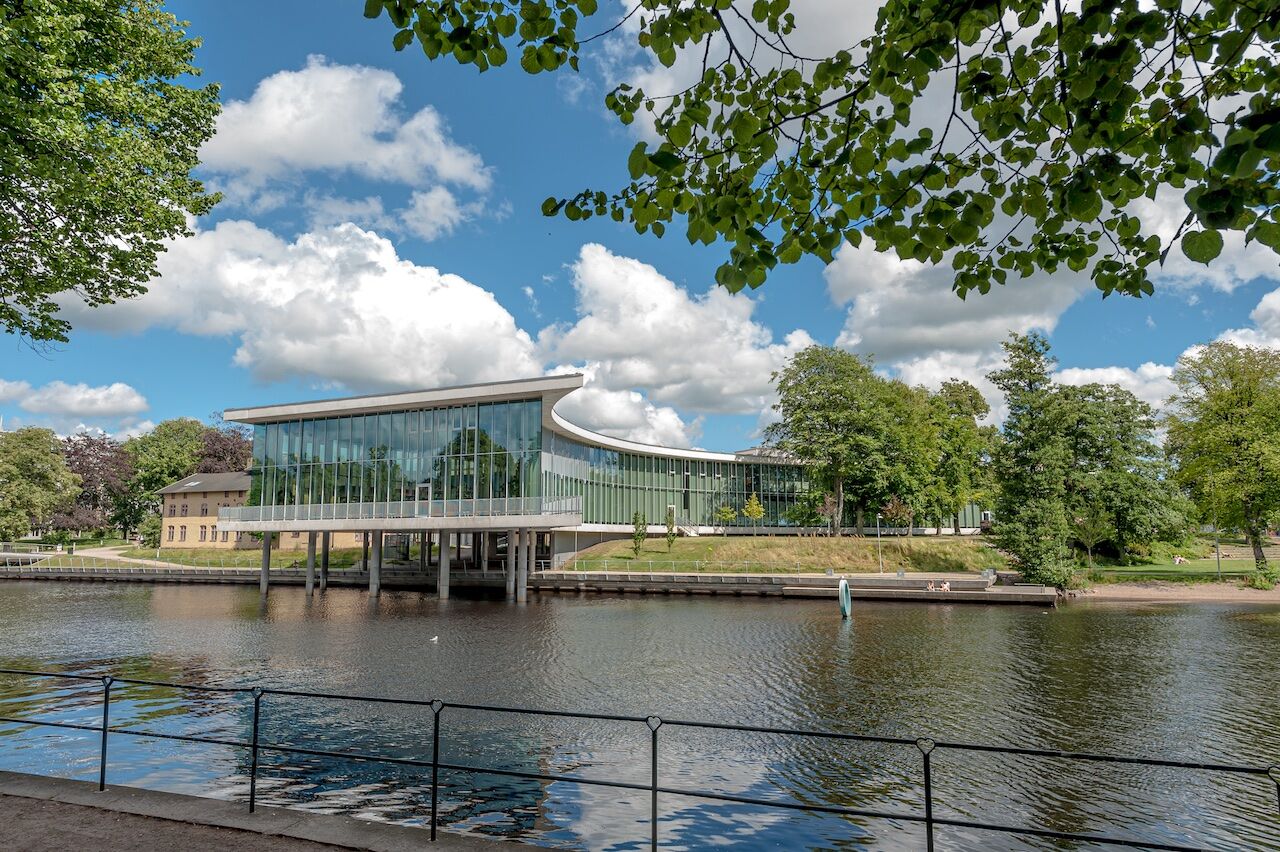 (Halmstad, Sweden) The design of the Halmstad Library was inspired by the surrounding trees and features wall-to-wall windows with views of parkland visible from virtually anywhere in the building. 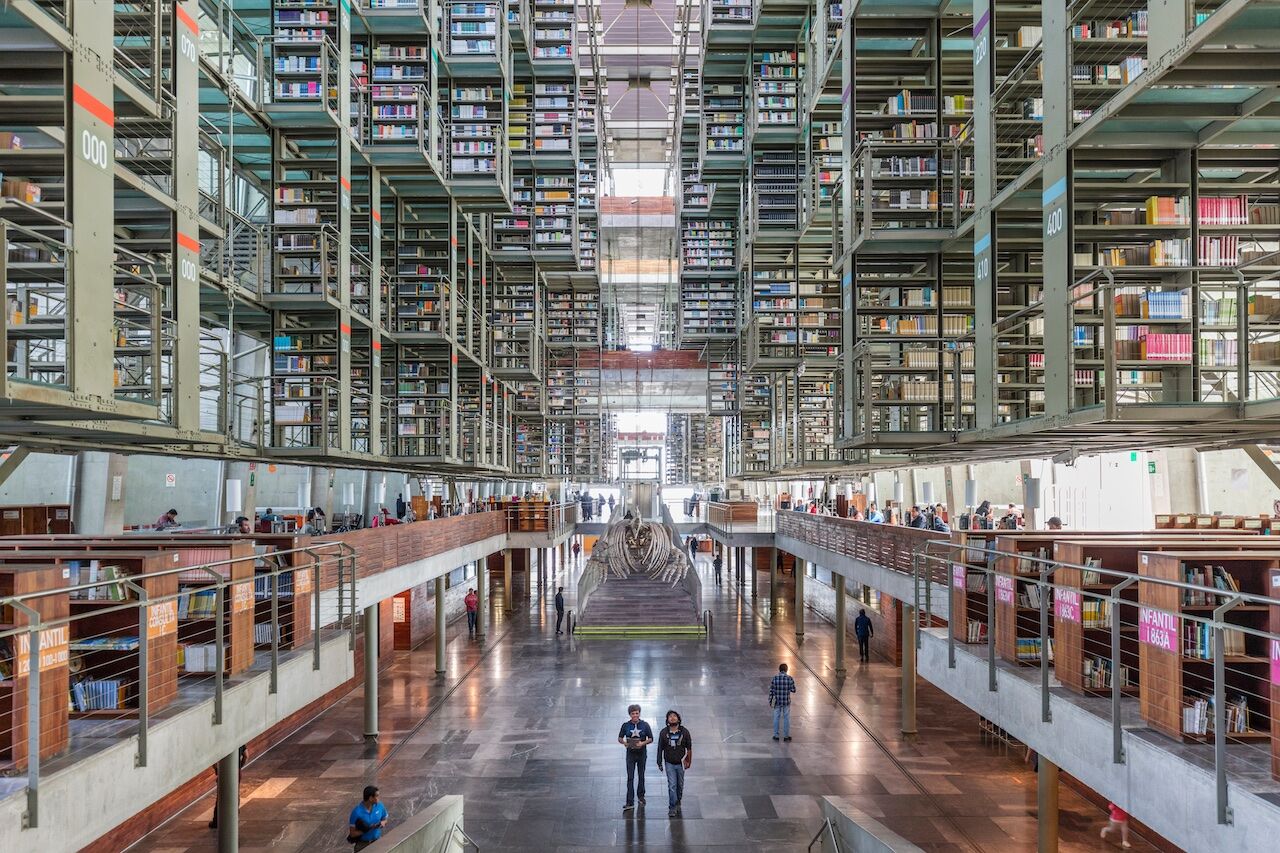 Also known as the Megabiblioteca, the Jose Vasconcelos Library in Mexico City had to be closed for almost two years in 2007 due to major architectural defects. Now open again to the public, the library houses 500,000 volumes, a music room, a 500+ seat auditorium, and a botanical garden. 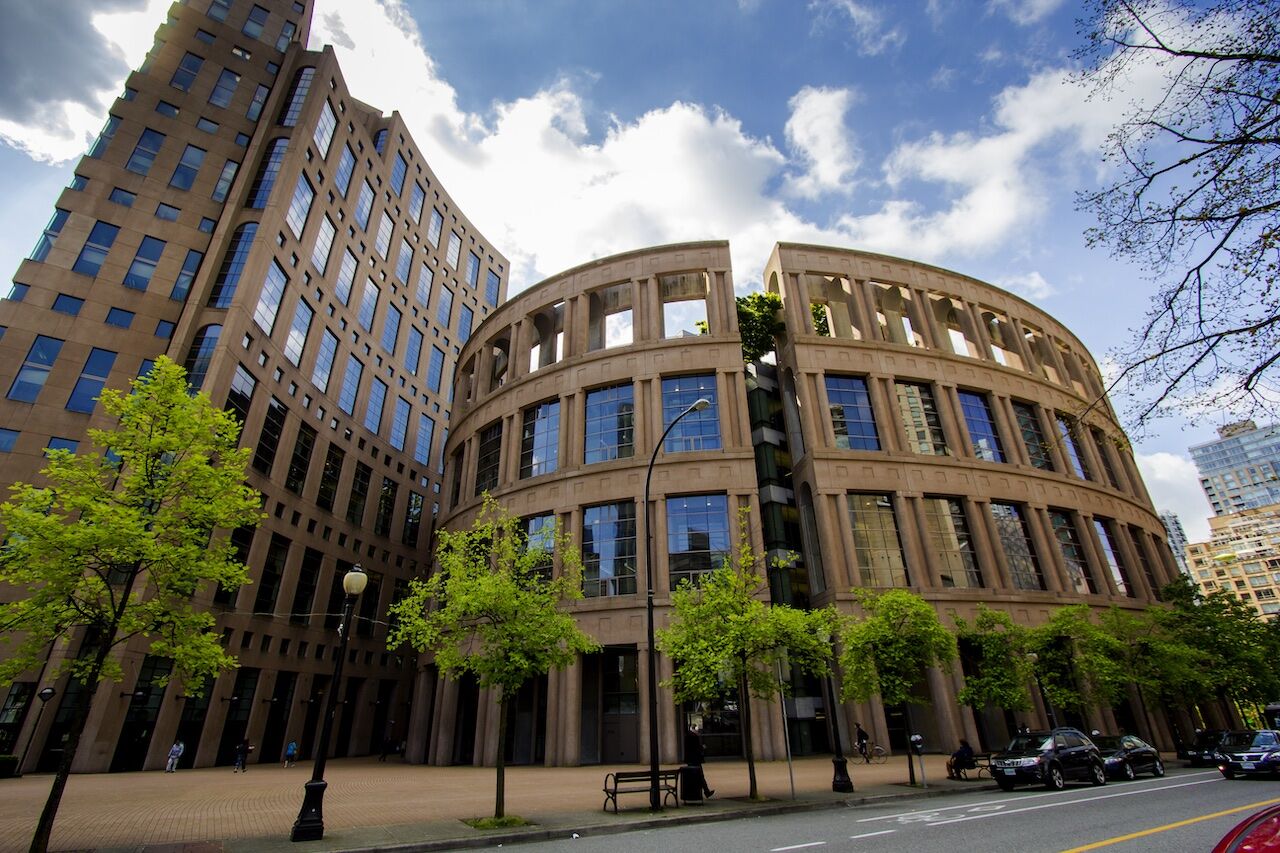 The central branch of the Vancouver Public Library System is a nine-story glass building surrounded by a glass-covered walkway and Coliseum-esque colonnade complete with social space, reading areas, and study rooms. 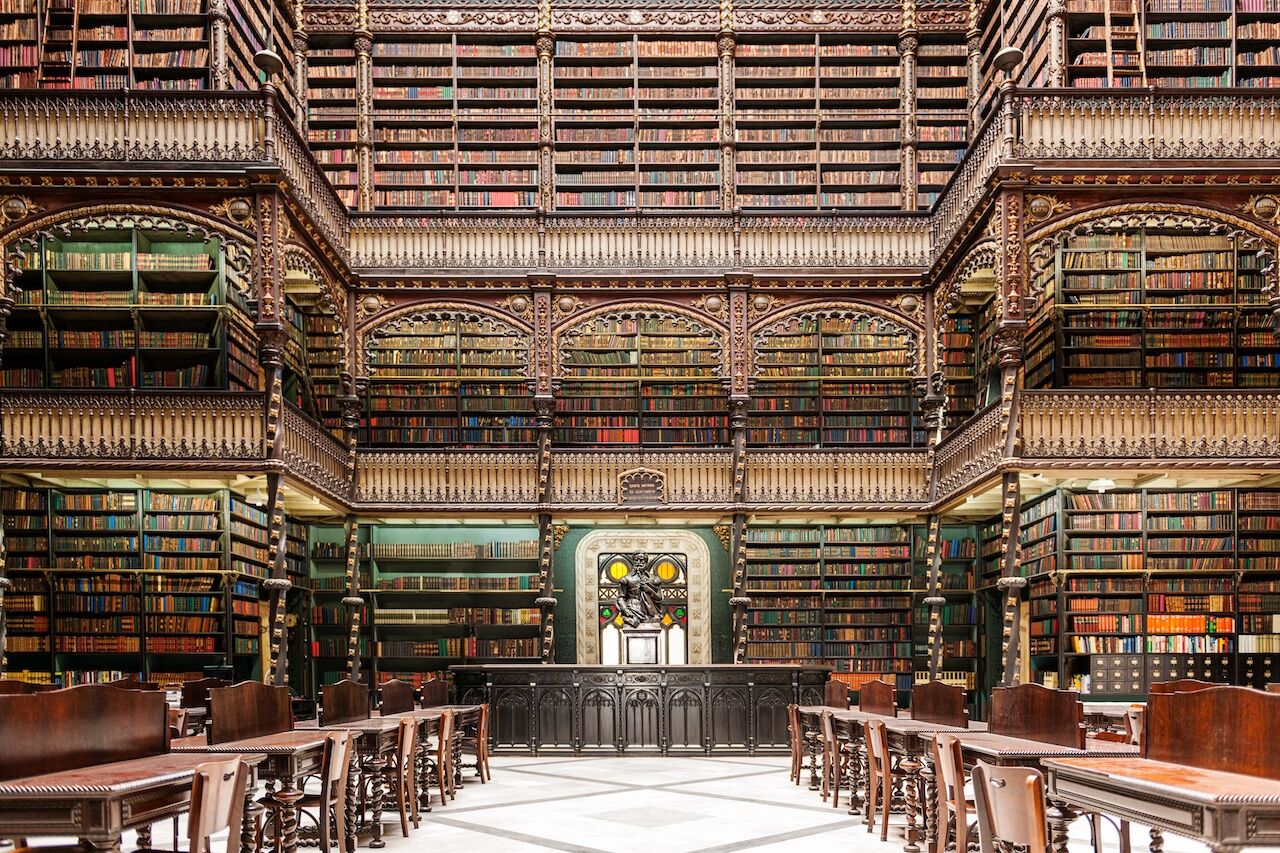 (Rio De Janeiro, Brazil) Visit the Real Gabinete Portugues de Leitura to see how to fit over 350,000 volumes in just one room. The interior of the room is four stories tall to allow for maximum shelf space, and also houses a small collection of sculptures, paintings, and coins. 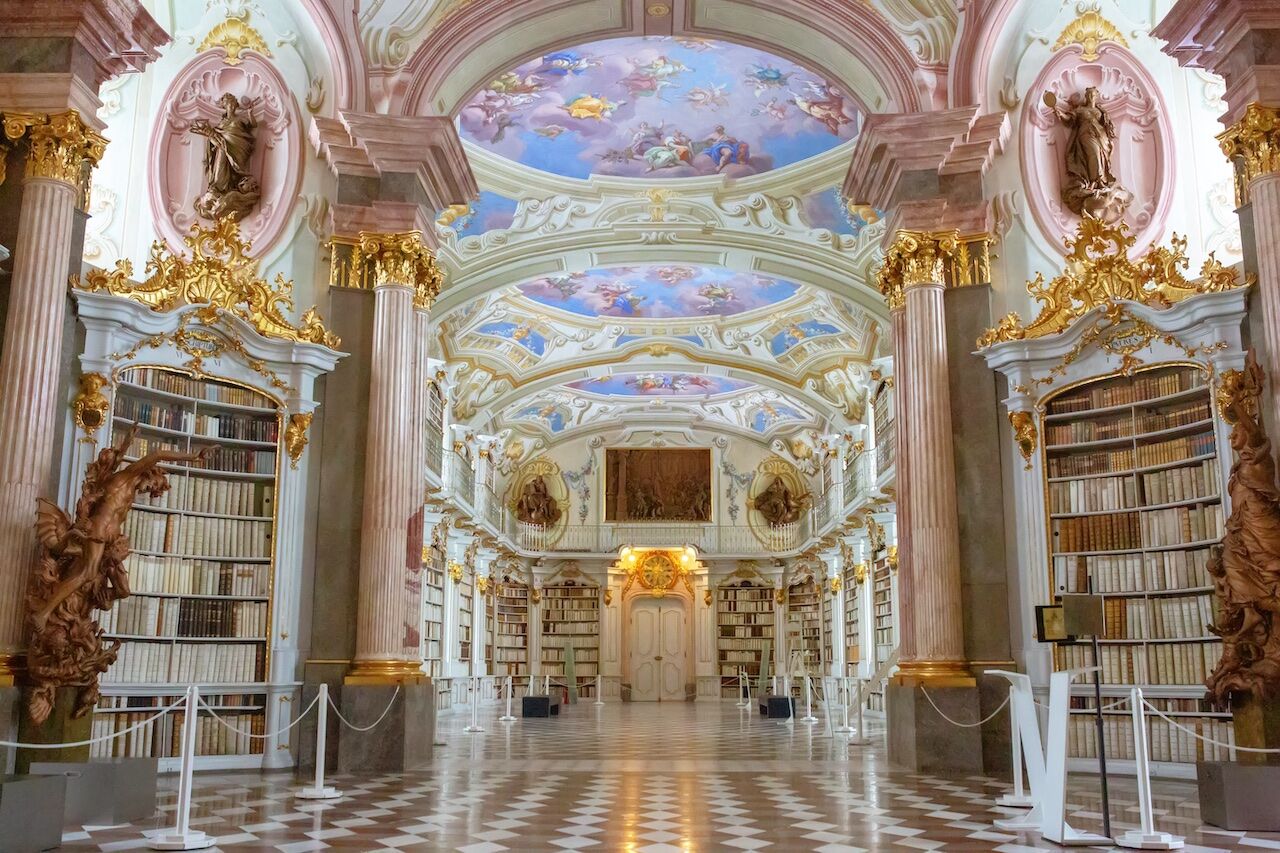 (Admont, Austria) The Admont Library’s over 200,000 books and manuscripts makes it the largest monastery library in the world. Most of its works are theological — including a giant 11th-century Bible — but it also contains many important scientific and historical volumes. 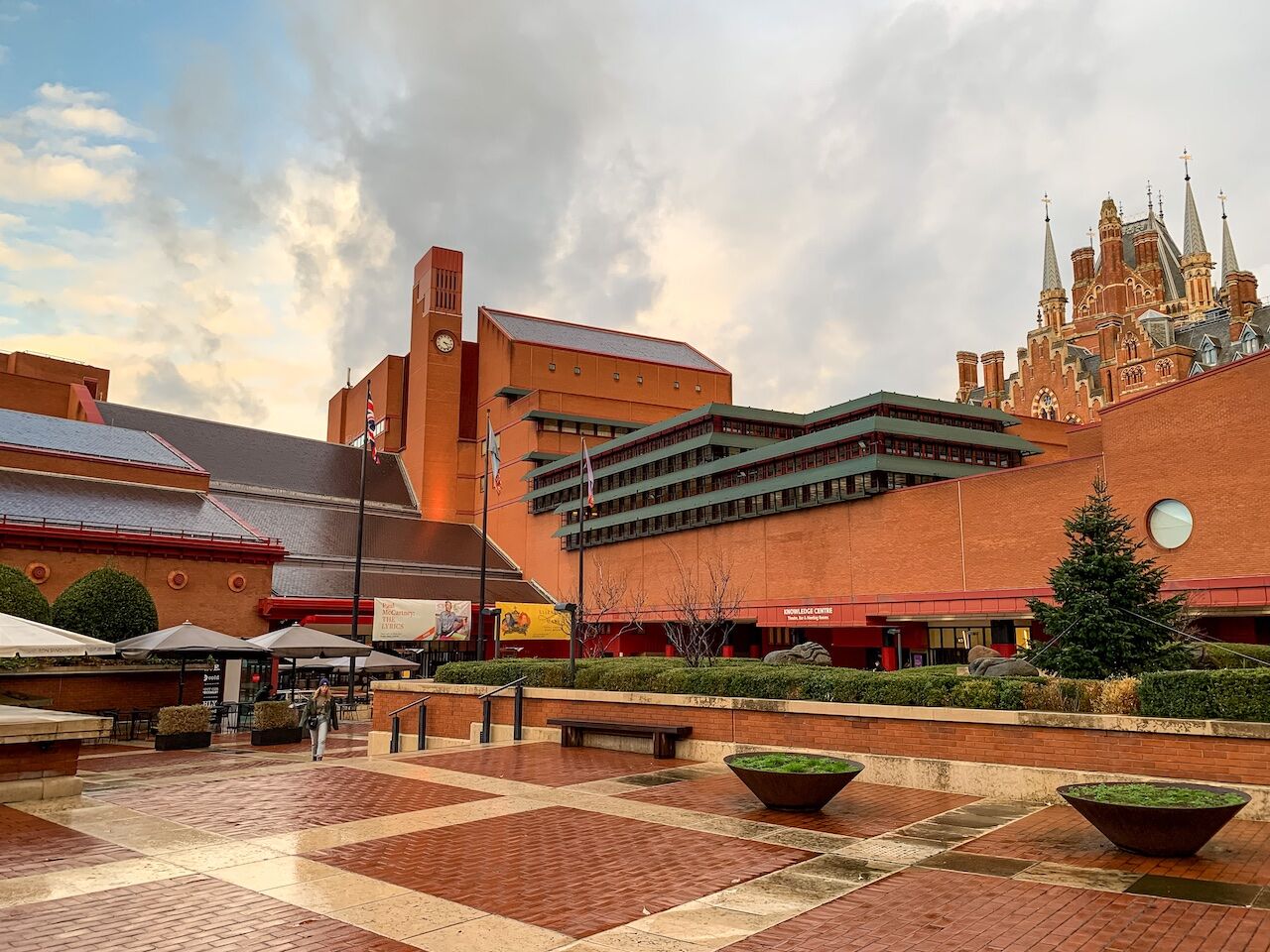 One of the largest libraries in the world, the British Library in London holds over 150 million items from countries all over the world — 100 million of which are also available digitally. Notable works include the Magna Carta, Captain Cook’s journal, and the only surviving medieval manuscript of Beowulf.