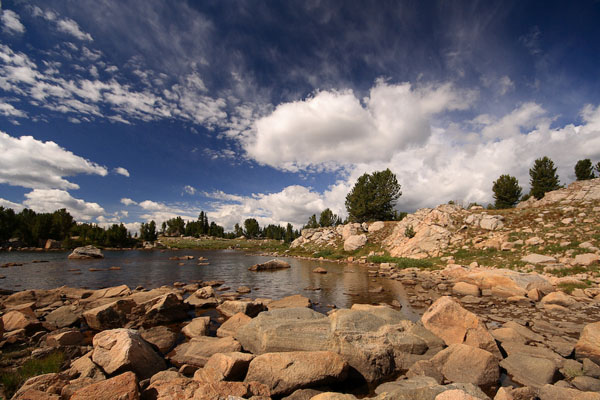 Montana’s Beartooth Scenic Highway (Hwy 212) winds its way over the spine of the Rocky Mountains at 10,970 feet, linking Red Lodge to Cooke City at Yellowstone National Park‘s Northeast Entrance. But this byway is more than tight switchbacks and sharp, snowy granite mountains.

Here are six ways to explore this route’s unique terrain and local culture:

For expert skiers and snowboarders wanting to get a few more turns this summer: bring your skis or board. The couloirs at Beartooth Pass are skiable or ridable until early July and sometimes later, and there’s chairlift access until July 4.

Beartooth Pass has been a historic late-season training area. In 1966, the U.S. Olympic team used the bowl just below the road’s highpoint for training, leaving their equipment behind for the public.

There are plenty of other places along the highway where late-season snowfields are accessible if you don’t mind hiking or hitching rides with tourists traveling up the highway. There is no terrain there for beginners, however. Everything is steep and avalanches are common, especially in the non-lift-accessed areas. 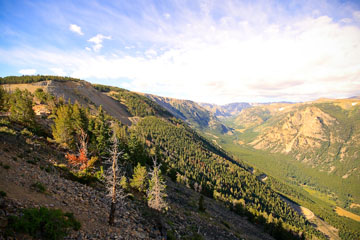 Ski Jouring is like water skiing on snow, where the skier is pulled by sled dogs or horses. Competitors weave through an obstacle course of slalom gates and jumps, sometimes reaching 25 mph. The second day of the Finals includes a big air competition with jumps lofting skiers up to 60 feet.

3. Ride at the Bear Tooth Rally

2009’s Bear Tooth Rally runs from July 17-19. Thousands of riders will be converging on Red Lodge for a series of events including a ride from Red Lodge up and through Beartooth Pass into Cooke City, then looping back to Red Lodge along the Chief Joseph Scenic Highway. It’s a round trip of approximately 120 miles, covered in a single day.

There’s also a ‘poker ride’ up the pass, and the Iron Horse Rodeo, where bikers show off their skills piloting their 700 lb steeds on loose dirt around a series of barrels.

Sledding in this Beartooth region is world class; just ask the development teams of both Arctic Cat and Yamaha. Both companies use the area as testing grounds for their newest equipment. Cooke City has one of the longest winter-sports seasons in the lower 48, with plenty of varied terrain.

5. Festivals and events in Red Lodge and Cooke City

Red Lodge and Cooke City both have rich local histories they celebrate each summer. Red Lodge has the infamous Mountain Man Rendezvous, where participants reenact the old days when trappers gathered to trade supplies, gamble, tell tall tales, fight, and get roaring drunk. 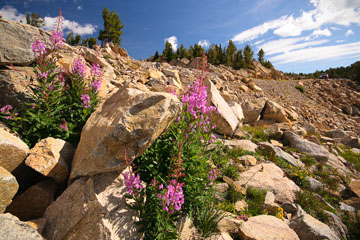 In contrast, the Festival of Nations, held the third week in August, is a much tamer but equally interesting festival. It began as a yearly gathering of immigrant laborers, working in mines and on farms, who would show off the dances and cuisine of their homelands.

Cooke City upholds their less eclectic traditions with their Spring Fling celebration, complete with live music, hog roast, and charity auction hocking everything from arts and crafts to snowmobile parts. The Cooke City Fish Fry has been a town-wide shindig since the 1920s, starting as a last hurrah to get people together before the heavy snow plunged the town into isolation.

In the early days, the Fry included boxing, horse racing, and gambling. Though it’s more sedate now, it’s still worth checking out if you’re in the area on the first weekend in August. 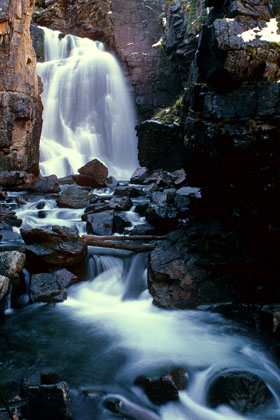 While it’s possible to take in the scenery from the road, being truly immersed in the Beartooth Wilderness is what being here is all about. There are over 700 miles of trails in the region, as well 300 lakes, some of them so remote they have yet to be named. The fish here see so few hooks that they grow to. . . mythical proportions.

Beartooth Plateau has the distinction of being the largest true high-elevation plateau in the continental U.S. There are heaps of climbing options with 25 over-12,000ft peaks, including Granite Peak at 12,807 — Montana’s highest.

While the elevation may seems low by western standards, the harsh conditions lead to a treeline that’s thousands of feet lower, exposing the craggy, vertical rock.

Experience Montana this summer! Matador has spent the spring creating a one-stop resource for planning great Montana roadtrips, whether you want to go backpacking, paddling, or just hit up some of the local bars, restaurants, and breweries.

Tagged
Travel Montana, United States
What did you think of this story?
Meh
Good
Awesome

Montana Restaurants, Brewpubs, and Bakeries: A Culinary Guide for Your Winter Trip