WRITING ABOUT ARIZONA, and Phoenix in particular, is a game of dispelling false notions. Despite being the sixth-largest city in the U.S., for too many Phoenix has never ditched its outpost identity in the minds of some eaters. If it’s a desert city, it must be about steakhouses and Mexican joints.

Sure, those are here, but there’s so much more. The growing urban population has refined its tastes and demanded an eclectic selection of eateries. Lucky for us, those demands have been heard by some of the most innovative chefs the country has to offer. 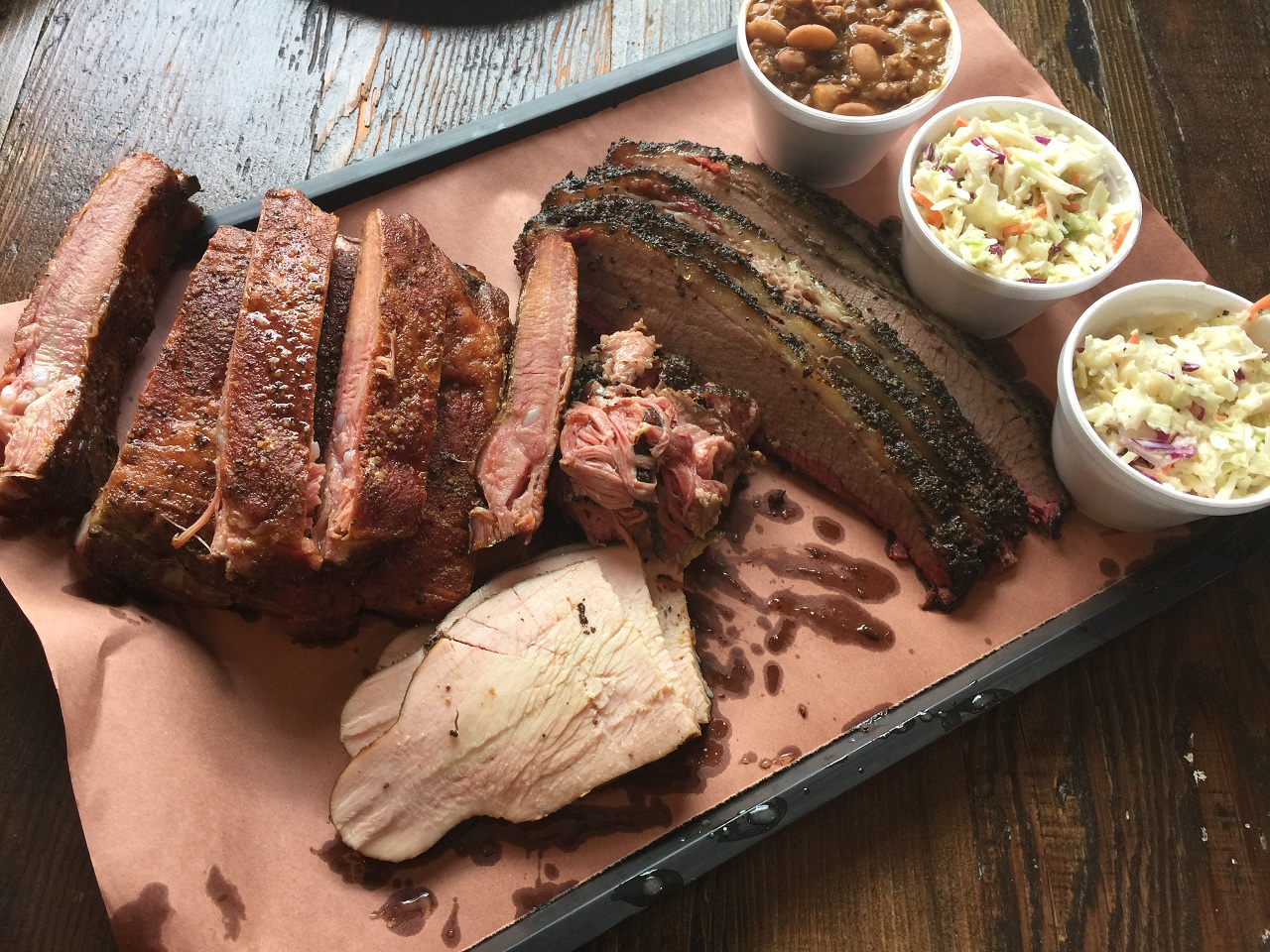 Take a peek at Yelp and you’ll notice the only non-five-star reviews of this BBQ joint come from customers angry about the long line to get in. You’ll also notice people describing the brisket as “life altering.”

Little Miss BBQ sits on University Avenue, just outside Tempe. Opened in 2014, it quickly became the talk of the town, winning Phoenix New Times‘ “Best BBQ” title for two consecutive years, earning praise from the barbecue editor of Texas Monthly, and being named the best new restaurant in Phoenix by Phoenix Magazine. Barbecue is one of those dishes that’s been reinvented a million times over, and maybe Little Miss BBQ just perfected the art.

Say what you will about Oprah’s book recommendations, but you can always be confident in her food tastes. Back in 2006, Pizzeria Bianco was suggested by more viewers than any other shop during her show’s quest for the “best pizza in America.” Accolades have also come from GQ, Rachel Ray, and Bon Appétit. In 2003, Chris Bianco won the James Beard Foundation Award for Best Chef: Southwest. He is the only pizza chef to ever win the award.

Pizzeria Bianco is located in Heritage Square in downtown Phoenix, in a small building that oozes history and character. Seating is limited and long lines are the norm — downtown, that is. There’s a Town & Country location, too, that happens to be not nearly as well-known and has the waits to match the lower profile. 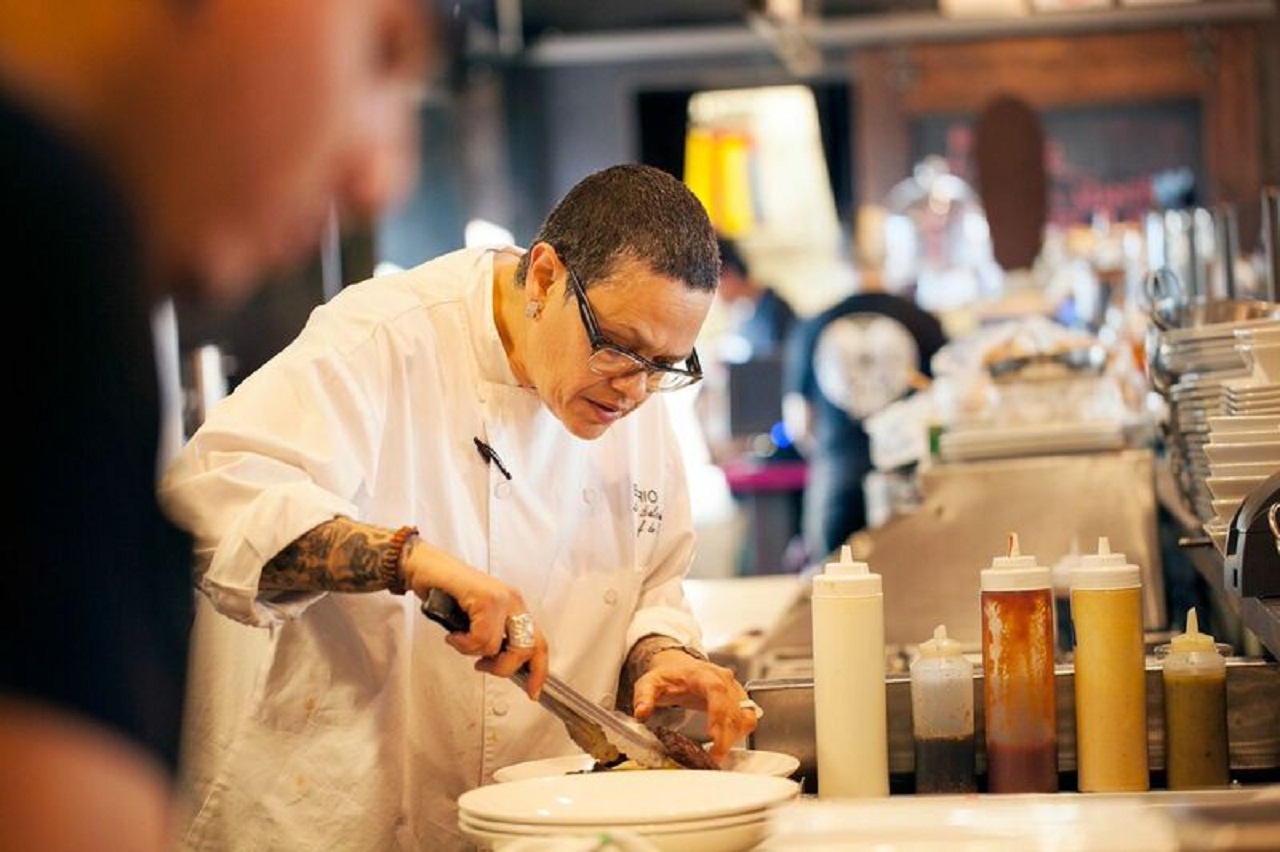 You can’t earn Phoenix street cred in New York or Paris. That’s why you could take any chef on this blue planet, drop them in the Valley of the Sun, and the best they could do is place a distant second in the prize for our hearts and stomachs to James Beard Award-nominated Chef Silvana Salcido Esparza. She simply is Phoenix.

Esparza’s first restaurant, Barrio Café, opened in 2002. It’s covered in bright murals of traditional Mexican themes painted in a contemporary style. The decor nicely sums up the menu of both her restaurants. Barrio Urbano, in north-central Phoenix, is the fast-casual sibling to Barrio Café; there’s even some overlap between the two menus. Stop by for breakfast all day, or hold your hunger until the evening and opt for Chef Silvana’s Mayan-style pork featured in the Cochinita Pibil.

And take note: The latest spinoff, Barrio Cafe Gran Reserva, is set to open next month in downtown Phoenix.

If you’re one of the folks who believe there’s no finer way to start the day than with a pile of eggs and a mound of breakfast meat, may we present your new favorite breakfast joint: Matt’s Big Breakfast.

The food has an almost diner quality but manages to set itself apart by using cage-free eggs, olive oil for cooking, and quality meats. Breakfast isn’t supposed to be complicated, and Matt’s doesn’t rock the boat with an exotic menu. It serves delicious breakfast foods like “The Skinny” (egg whites, Gruyere, chicken-apple sausage), “The Hog & Chick” (thick-cut bacon or country sausage, eggs, toast, and potatoes), and their classic sweet cream griddlecakes. Matt’s also serves lunch and keeps both its downtown and Camelback locations simple and classic. 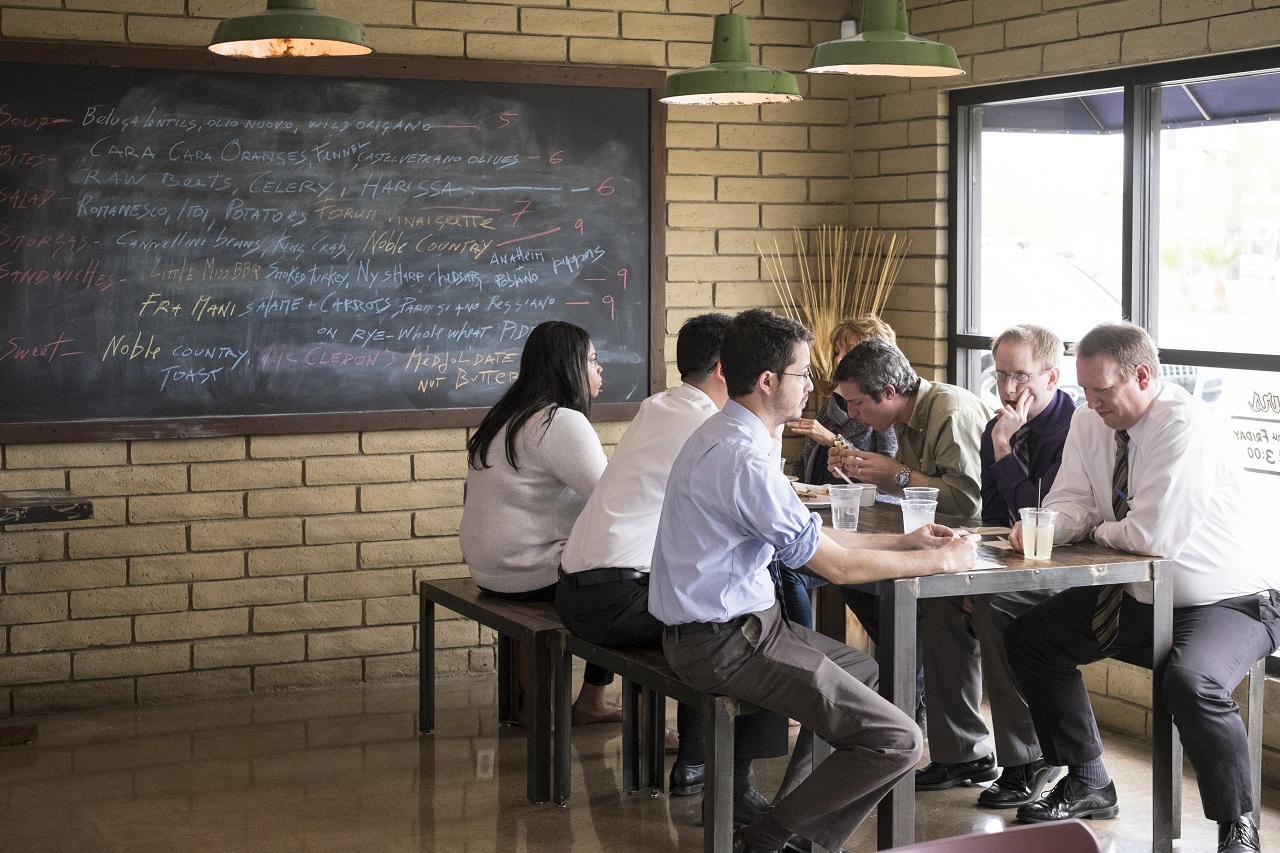 Since opening roughly a year ago, Noble Eatery has become a regular on both Phoenix lunch breaks and “best-of” lists similar to this one. Located right where I-10 takes its bend to the south, Noble is a joint effort between Chef Claudio Urciuoli and renowned bread-maker Jason Raducha. The two have created a humble and down-to-earth sandwich shop that prides itself on great bread and the best ingredients — the menu consists of simple-yet-creative sandwiches.

We’d love to tell you exactly what they serve, but every few days their blackboard menu is scrubbed clean and new selections become available.

Milk Bar’s techno music and glitzy exterior betray a humble backstory. In the late 1800s, the Polish bar mleczny — literally “milk bar,” an eatery that served as a meeting place for friends and offered inexpensive but high-quality fare — became a popular phenomenon and later was adopted across the post-WWII communist world. This downtown Phoenix restaurant takes inspiration from those roots while clearly rejecting any notion of function over fashion. The ultramodern setting, clean lines, and fresh colors are all trademarks of Milk Bar’s creator, noted Phoenix architect Derek Pasieka.

The menu, unlike the decor, does stay true to the restaurant’s namesake in quality and affordability. Items often include Polish kielbasa sausages and cabbage. And don’t skip on the cocktails; the vodka-based concoctions are originals. 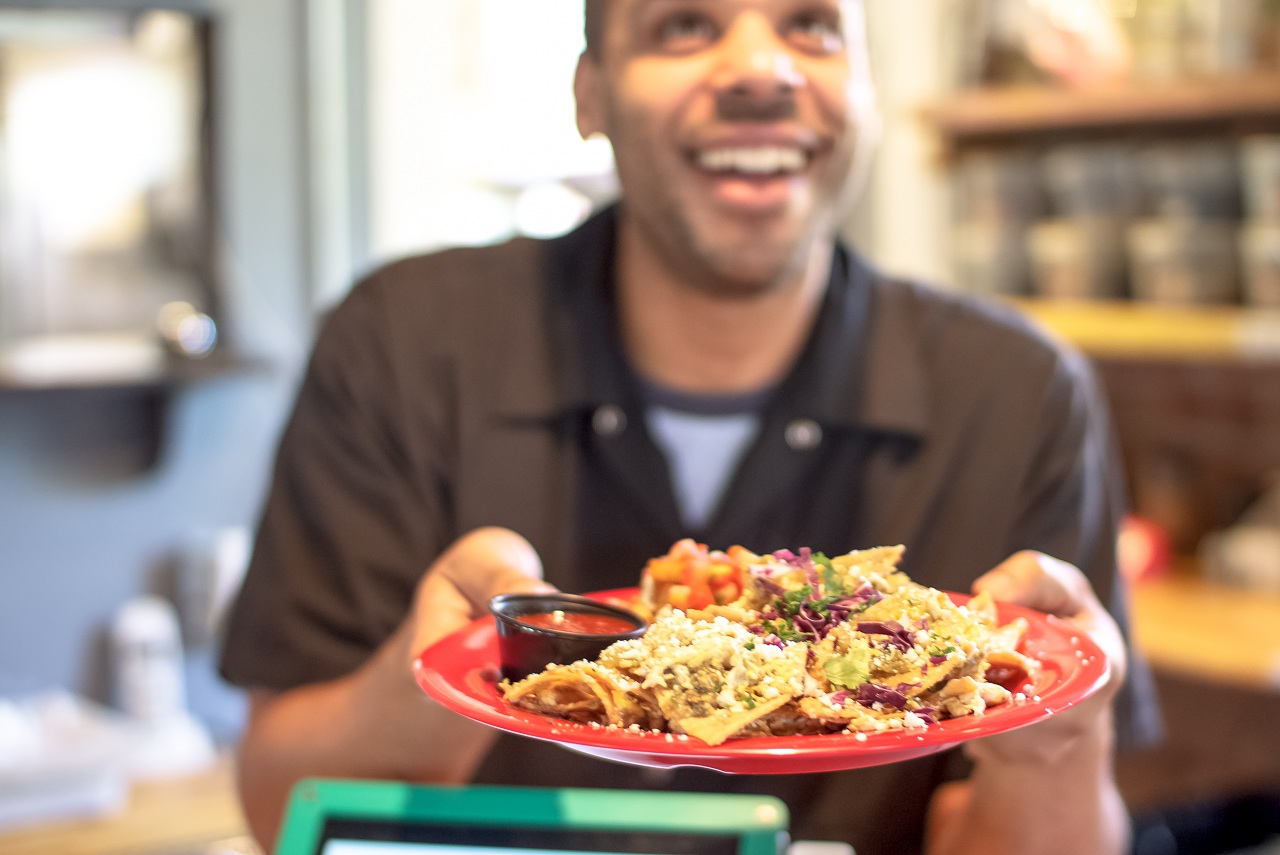 Jobot is the gem of Phoenix’s downtown creative scene. Plopped into a historic neighborhood, it’s one of a series of artistic-minded businesses clustered on a single city block. It never feels right to call the ebb and flow of humanity that pass through the area “customers,” as they seem too much at home. These are community members who for some reason have already invited you in, and they’re genuinely happy you’re there.

The menu includes all-day breakfasts of eggs, pancakes, Phoenix’s best crepes, salads, and sandwiches. Enjoy your meal inside or out. Put a napkin in your lap, or don’t. Have a juice or a beer or nothing at all. Everything on the menu is good, but don’t feel like you need to order it. The only thing that’s required is a good conversation.

This post is proudly produced in partnership with Visit Phoenix.
Tagged
Restaurants + Bars Trip Planning Phoenix, AZ, United States
What did you think of this story?
Meh
Good
Awesome

11 stops to see the best of Phoenix by light rail

9 reasons Phoenix is the perfect place to be in winter

7 outdoor experiences you can only have in Phoenix

9 things only someone who’s been to Phoenix will understand

15 places that get overlooked in Phoenix

Phoenix has the best airport food in the US, and it’s not even close

9 ways a trip to Gilbert, AZ will surprise you