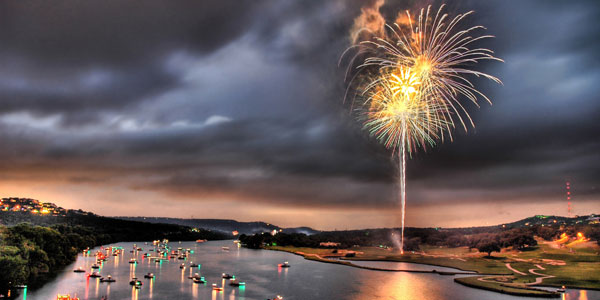 Photo above by Stuck In Customs

From SXSW to Eeyore’s Birthday, here’s your guide to the best seasonal events in that most contradictory Texas town, Austin.

Everything is bigger and better in Texas. So sorry, rest of the world, but logic and reason won’t win this time: This is Texas, and you don’t mess with Texas.

As both the least and most Texas-esque city, Austin is quite the contradiction. We have BBQ and redneck cowboys drunkenly yelling as they drive by in pickup trucks, but this city is also home to the University of Texas at Austin (UT), a liberal community by many accounts. Kundalini yoga and marching an the Capitol are common enough. Austin is in the one district that always seems to vote Democratic.

The point being, this part of the country is home to an unusually polarized group of people, not in race, religion, or politics, but attitude. It’s what makes this city, my city, one of the weirdest and more interesting places to live on the planet.

If you happen to be passing through Austin at random times throughout the year, be sure to check out: 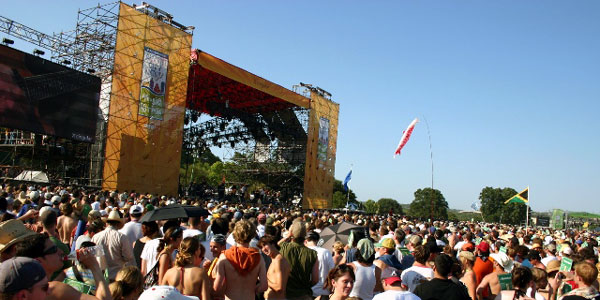 Photo above by FRICTION NYC

The South by Southwest (SXSW) music and film festival and the Austin City Limits music festival remain the largest and most popular of the city’s offerings.

Austin City Limits commandeers the southwestern shores of Austin’s central body of water, Town Lake, and doesn’t relinquish control until every last music fan has had his fill of booze, food, and artists too numerous to mention. Think of the quiet serenity of a simple county fair… now combine it with the most energetic mosh pit you can imagine. Set it to the beat of some great music, and you’re halfway there. 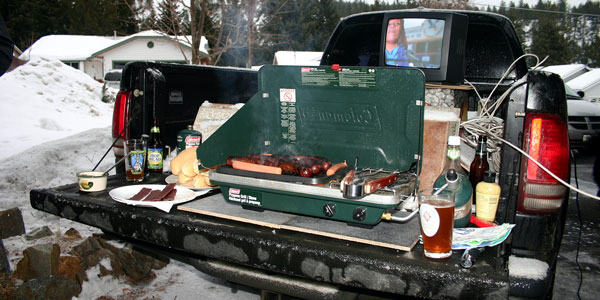 There is nothing quite like those pregame hours. With over 65,000 students, The University of Texas at Austin is one of the largest schools in the country. The stadium–home to the Texas Longhorns–is the tallest. And the tailgate parties–UT fans camping out for hours before the first ticker holder is allowed to find his seat–are the craziest of them all.

Tailgate parties, if you’re unfamiliar, are opportunities for fans of sporting events to gather and eat, drink, and bleed their team colors (in this case, burnt orange) around the open tailgates of cars and trucks.

If there is any art in Austin that has reached its evolutionary potential, it would be here. Thousands upon thousands of men, women, children: faces painted, brisket on the grill, huge plasma screens displaying early coverage… local bars and clubs have their own booths with free samples and vouchers. It is the place to be on a Sunday in the fall. 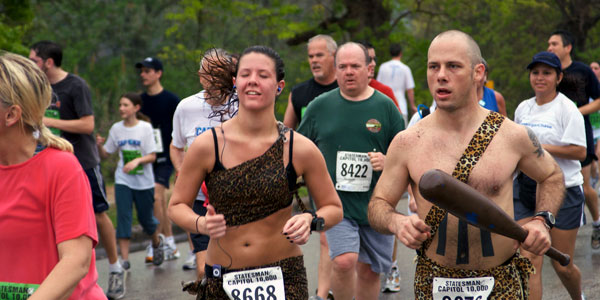 The Capitol 10K race has long been a spring tradition in Austin. As the largest 10K in Texas and the fifth largest in the country, it draws some of the best and weirdest distance runners: spectators should be numb by now to people wearing chicken suits, Elvis costumes, or entire buildings on their shoulders.

The Tao of Pooh is nothing when compared with Eeyore’s effect on Austin. Going back to 1963, the festival was first introduced by a UT professor as a testament to the Winnie the Pooh character Eeyore, a depressed donkey.

Unlike the animal, however, the birthday party, which is held in Pease Park every year, now serves as a major gathering of Austin’s hippie population, as well as some mainstream characters. Come for the drum circles and music, stay for the drinking and games. 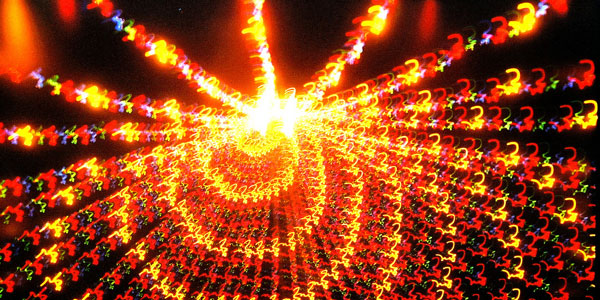 Set up in Zilker Park, just southwest of the city center, the 155 foot tree is visible almost anywhere downtown. Chew on some kettle corn and sing carols, or opt for the cheapest, most fun activity there is: look straight up at the strings of sparkling, multicolored lights and just spin till your heart gives out. Remember what the holidays were like for you as a child: eating too much candy, laughing at the absurd, and spinning because you didn’t care who was watching. 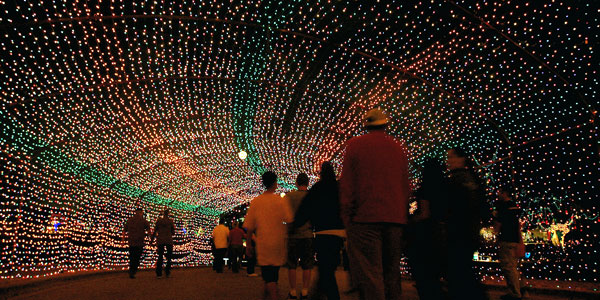 Photo above by That Other Paper

The Trail of Lights

Beyond the human interests Austin offers, Texas has lots of natural wonders, including hot springs and one of the world’s birding hotspots.