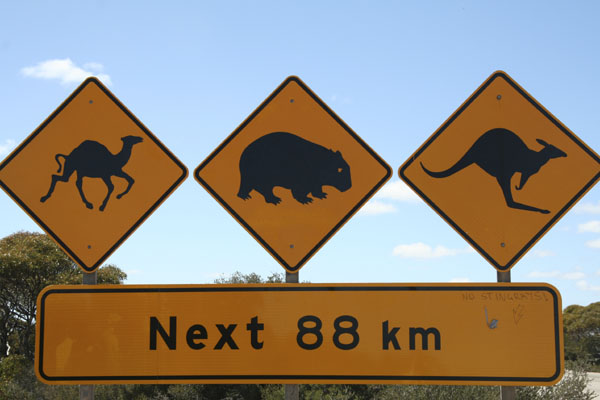 Fill up your jerry can, stock up on canned goods, and compile a ridiculously long playlist: The Nullarbor awaits.

Any roadtripper planning to travel across Australia’s south between the states of Western Australia (WA) and South Australia (SA) will have to cross the Nullarbor. With a name literally meaning “no trees” (nullus arbor), it’s an apt description of the nearly 1700km featureless stretch along the Eyre Highway, between Norseman in WA and Port Augusta in SA.

It’s one of the world’s most unique roads as it includes the longest straightaway on the planet, 146.6km of curve-less tarmac. 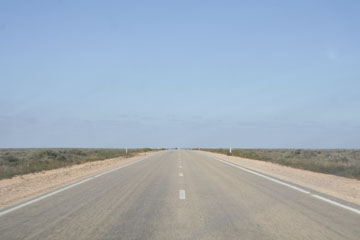 For a large portion of the traverse you’ll drive by stark, rugged, low-lying bush that dominates in all directions, the only interruption being the odd gum tree struggling for survival.

Despite the harshness of the Nullarbor landscape, it’s home to a surprising amount of fauna. Humorous road signs illustrate warnings for kangaroos, emus, wombats, and camels.

Yes, camels. The Nullarbor is the last place left on Earth that has truly wild camels — up to 100,000 — abandoned after their use in building inland railroads long ago by people who figured they would eventually die off.

If you’re in a hurry, the drive can be completed in as little as two (long) days, but it’s much more reasonable to spread it over three.

May as well start your road trip fresh: assuming a west-to-east route, your first free shower is at the CalTex gas station in Norseman. There are more showers along the way, but they come at a cost — around $1 for five minutes.

A good distance to cover on day 1 takes you from Norseman to a free rest area 26km east of Madura where you can get some sleep. It’s a popular stop complete with fire pits and bathrooms. 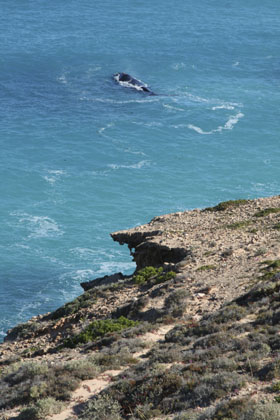 Early on day 2 you’ll cross the border into SA, where scenic attractions begin to present themselves. Signed turnoffs lead to the Bunda Cliffs, a series of jagged rock walls dropping into the ocean. Note that only two of the nine can be accessed these days due to erosion.

Make a pit stop at the famous Nullarbor Roadhouse, where dingoes will beg you to feed them your leftovers (please don’t). Only 14km after that, turn off toward the Head of Bight (entry: $12).

Every May to October, this inlet serves as one of only three breeding grounds for Southern Right Whales.

During the peak, in August/September, visitors can see up to 60 mothers and their calves surfacing as close as 20 meters offshore.

From here, drivers who’ve had enough of the heat and flies can continue to the final free rest area 36km west of Ceduna — the unofficial end of the Nullarbor.

After completing the drive from west to east, most travelers head on to Adelaide, another 700+ kilometers from Ceduna. The coastal road of the Eyre Peninsula is the scenic route and it also offers a chance to swim with — or just observe — sea lions at Baird Bay and Point Labatt, and to sample world-class oysters at Coffin Bay. 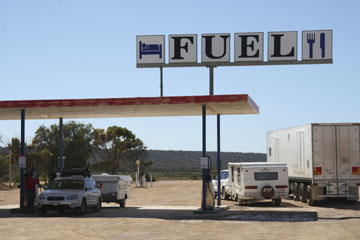 Another option for wildlife viewing is the town of Port Lincoln, one of the few places in the world that’s set up for dives with Great Whites.

If you’ve gone the other way (east to west), you can head north to Kalgoorlie or south to Esperance after passing through Norseman. Esperance is a small coastal settlement that has arguably the most beautiful coastline in Australia, which can be seen on their 34km Great Ocean Drive (not to be confused with Victoria’s Great Ocean Road).

Kalgoorlie is gold mine country and has the feeling of a frontier town in Middle America in the early 1800s, only with modern comforts.

7 more tips for crossing the Nullarbor

1. Watch out for scattered road kill along the way and stop driving at dusk when temperatures drop and kangaroos and other animals make their way onto the road.

2. There are plenty of rest areas that double as free campgrounds for those living out of their vehicle. A copy of Camps Australia (a key resource for any roadtripper), outlines all of them. Most roadhouses offer paying accommodation for people unable (or unwilling) to sleep in their car. 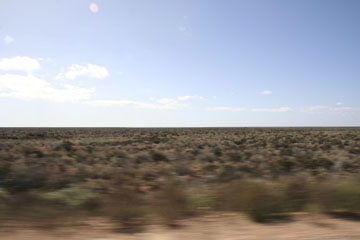 110 km/h across the treeless plain

3. Keep in mind, the price of goods goes up as much as the selection plummets, so stock up before setting off.

4. Gasoline can be 20% more expensive than in the cities and the longest stretch without a station is 190km.

5. Take plenty of water — at least 30 liters — in case you break down. Staying hydrated in the heat and doing tasks like washing dishes takes up a lot more than you’d expect.

6. Save your cash for any emergency road trouble — establishments along the way usually accept credit cards.

7. If heading from WA to SA, fresh produce and plants must be consumed or disposed of before Ceduna. Going the opposite way, the checkpoint is in Eucla (and only honey is prohibited).

This surreal drive is sure to bring surreal moments. Make sure to add yours to the discussion at Brave New Traveler’s article, What Is Your Most Surreal Travel Experience?

Can parts of the Nullarbor fit into our Photo Essay: The Most Alien Landscapes on Earth?