Wyndham Wallace shares his love for one of Norway’s lesser-known destinations.

YOU KNOW WHEN YOU’VE done something dumb but think you’ve got away with it, only to find out you haven’t?

That’s how I feel as I stand in front of the locksmith’s in the middle of Bodø, northern Norway. I’ve got one day’s holiday left, and I’ve lost the key to the deep-woods cabin a Norwegian friend lent me.

It can easily be replaced, but after half an hour this sunny Saturday afternoon prowling for someone who can provide a new one, I’ve wound up in front of another closed door. My only other solution is to drive two hours to the cabin’s owners, a last resort not so frustrating as it is embarrassing.

Taped to the bottom of the window, however, is a handwritten note. It seems to offer an emergency number. My call is answered within seconds and I’m told to wait where I am. Less than a minute later a figure approaches from across the street.

“Sorry,” the man greets me as he reaches the shop. “I was just having a pint. Now, what can I do for you…?”

Two minutes later, after a minimum of fuss and with no hidden charges for this out-of-hours service, I’m the proud owner of a key that will restore access to my cabin.

Bodø is full of such simple surprises. 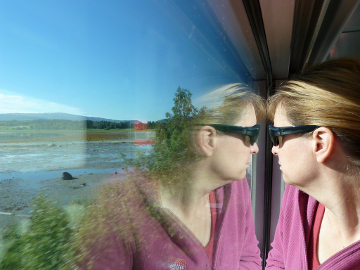 The first time I visited the city — perhaps best known as the “end of the line,” quite literally the last stop north on Norway’s railway network — I decided the sooner I left the better.

I boarded the boat an hour or two later to the nearby island of Træna and the music festival I’d come for, still feeling chumped. It was like I’d been aiming for Cannes and ended up in a forsaken northern English seaside resort. Romanticized ideas of the Arctic may have been powerful enough to bring me to Bodø, but they weren’t going to keep me there a moment longer than necessary.

This is how most visitors to Bodø behave, it seems. The city remains off the main tourist path — unless you’re docking with the Hurtigruten ferry that follows the coast from Kirkenes down to Bergen — and guidebooks make a weak case for exploring.

But, located halfway between Trondheim and Tromsø, this settlement of less than 50,000 citizens and its surrounding Bodø kommune (municipality) has become one of my favourite Norwegian cities. 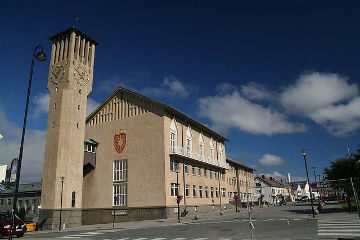 It’s a lesson I’d never have learned if it weren’t for the whale hunter’s daughter.

This was the nickname I (perhaps patronisingly) bestowed on the woman I met at Træna, who invited me back a year later. This time I decided to explore the city and its quasi-suburbs and countryside.

The heart of the place, I recognised, might not be glamorous — Bodø took one of Norway’s most brutal hammerings from the German Luftwaffe during the Second World War, with nearly all its buildings bombed and later replaced by less-than-attractive concrete blocks — but just steps from the main drag the roads are lined with colourful clapboard houses, their gardens carefully tended behind white picket fences.

It isn’t all idyllic, obviously…what place is? But the pride the city’s inhabitants express in their hometown was becoming less and less mysterious, and the welcome extended to this curious stranger kept getting warmer.

I was even courted by Norway’s Prime Minister, Jens Stoltenberg, while I took a morning coffee. He was handing out roses campaigning for reelection and, encouraged by the whale hunter’s daughter, stopped to crouch beside me for a picture.

“I came here especially to meet you,” I joked, astonished by the ease with which I’d been granted access to such a prominent politician. 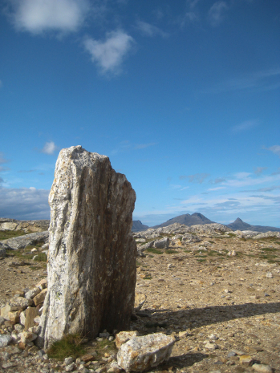 “No, not really,” I laughed and pointed at my friend.

No minders stepped in to whisk him away. Snubbed though he’d been, he still smiled for the camera before leaving me with my rose. No doubt he simply thought I’d adopted the forthright conversational style of the Northern Norwegians.

While my romance sadly didn’t last — I should’ve passed the rose on to the object of my affections rather than rushing to post my new picture on Facebook — the memory of what I’d seen on this second trip lingered.

2010 marked my third trip to Træna and a new sense of familiarity with Bodø. The following are my suggestions for anyone looking to get to know the place like I have.

Continue on to the next page for travel details and advice.

Next Page
Tagged
Trip Planning
What did you think of this story?
Meh
Good
Awesome

Americans, voting abroad is easier than you think
Watch the Perseid meteor shower light up the sky this August
This small and remote Scottish island is looking for new residents
Scientists to dive into an unexplored ‘blue hole’ at the bottom of the ocean
This 136-day cruise around the world will take you to 27 countries starting in 2021