Indonesia’s Wakatobi Dive Resort proudly claims the title of being the most remote dive resort in the world. And for good reason: It used to take an arduous 23-hour boat ride just to get there. Today, guests are flown in from Bali via a two-and-a-half-hour VIP flight that touches down on a private runway Wakatobi built on the neighboring island of Tomia. From the airfield, it’s a 10-minute minibus to the harbor, from where Wakatobi’s dive boats ferry guests for another 15 minutes to the resort.

A renowned house reef lies less than 60 feet from the main lodge, which can be dived or snorkeled any time of day or night. Lorenz Mader, Wakatobi’s Swiss founder and on-site manager, simply refers to the turquoise sea lapping against the resort’s shoreline as the “pool” and has decreed it remain open to divers 24 hours a day. Swarming with an endless procession of sea life, Wakatobi’s reefs are home to some of the most diverse and striking marine life to be found anywhere. Below is some of what you’ll see if you make it out there. 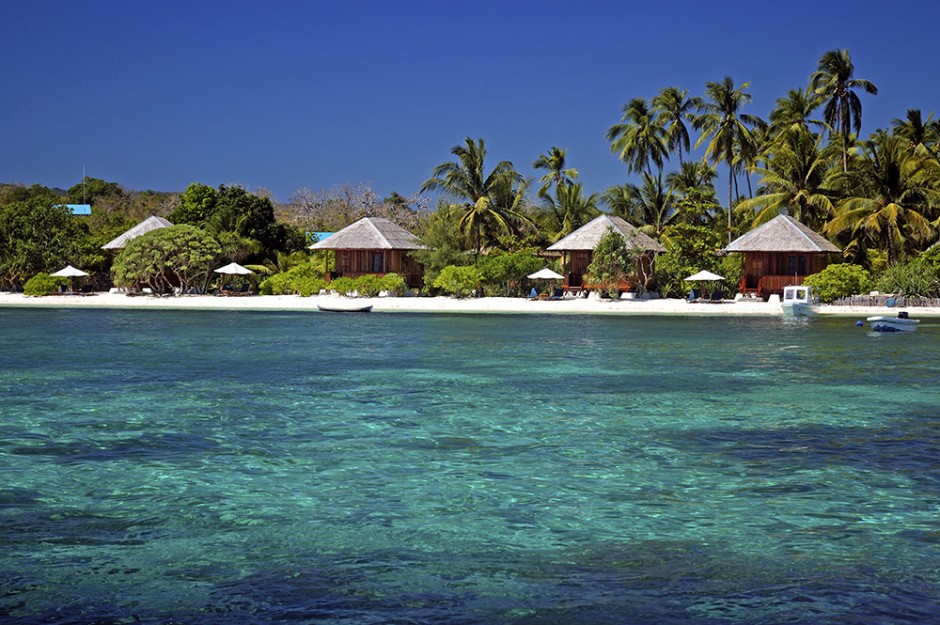 Situated at the edge of the Banda Sea on a tiny island called Onemobaa, Wakatobi is the only fully licensed dive resort in the Tukang Besi chain of islands. Operating year-round, the resort takes its name "Wakatobi" from an abbreviation of the names of the Tukang Besi group’s four major islands: Wangi Wangi, Kaledupa, Tomia, and Binongko. 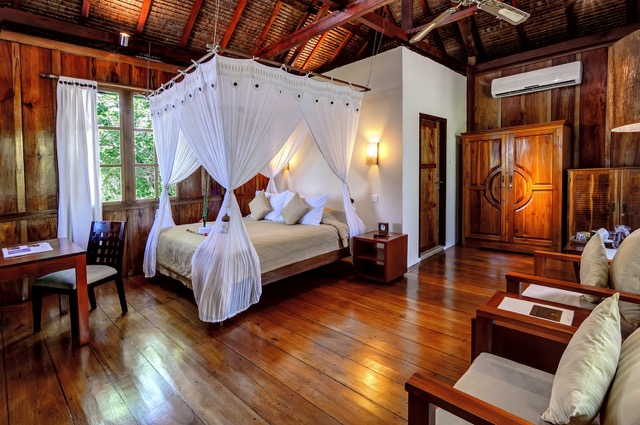 Wakatobi’s bungalows and other facilities are constructed using authentic Indonesian architectural designs and were built by local artisans using traditional hand tools. And, yes, it's entirely possible to enjoy the creature comforts of civilization in such a remote location. The eco-friendly beach resort has three levels of accommodation: villas, ocean bungalows, and palm bungalows. 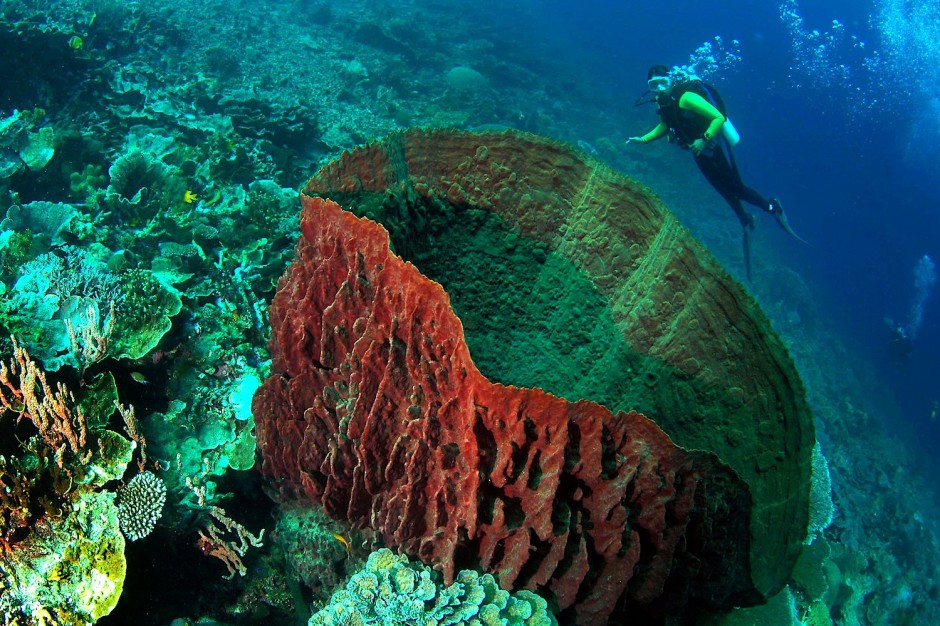 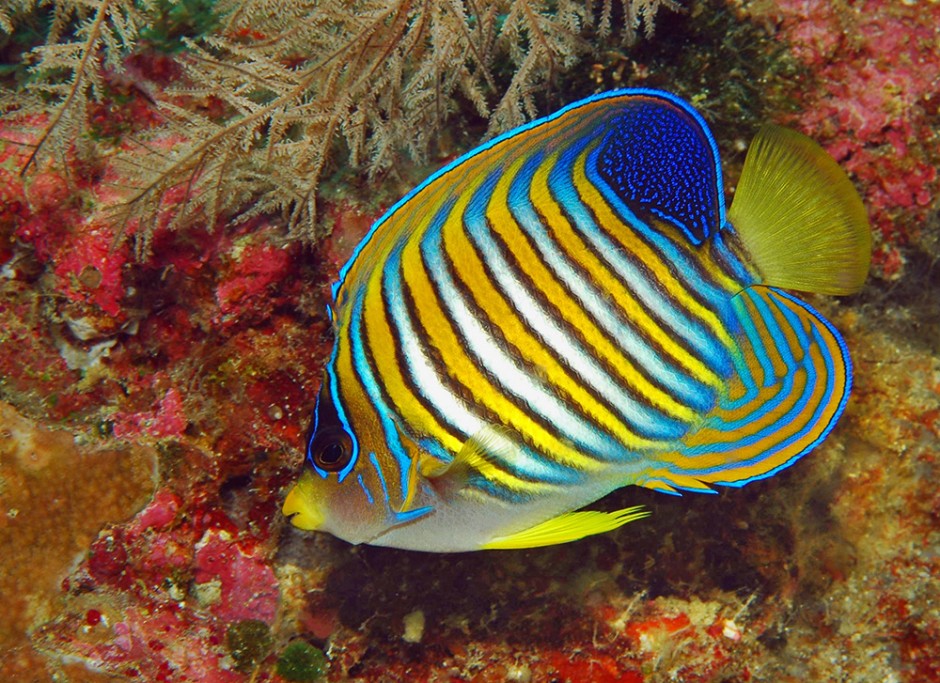 Quite reclusive, the regal angelfish is one of the most beautiful tropical marine fishes. It's usually found in caves or under larger overhangs and often swims upside down with its belly oriented toward the cave or overhang ceiling. 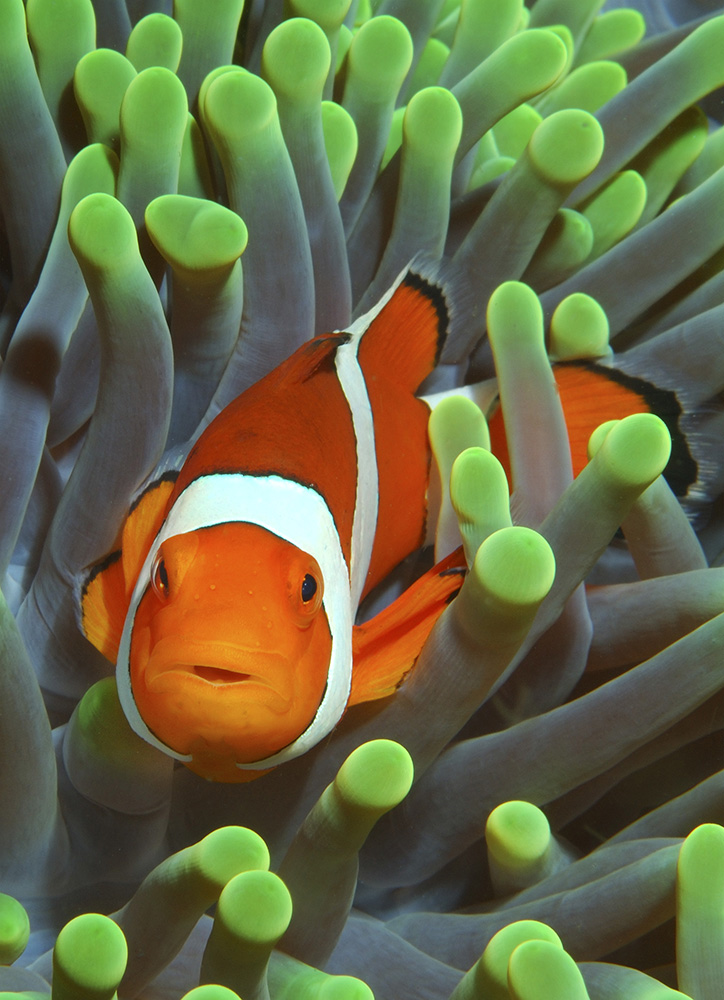 The false percula clownfish is both territorial and fairly common. Easy to photograph too while they cavort between the long bulbous tentacles of their massively large host anemone. 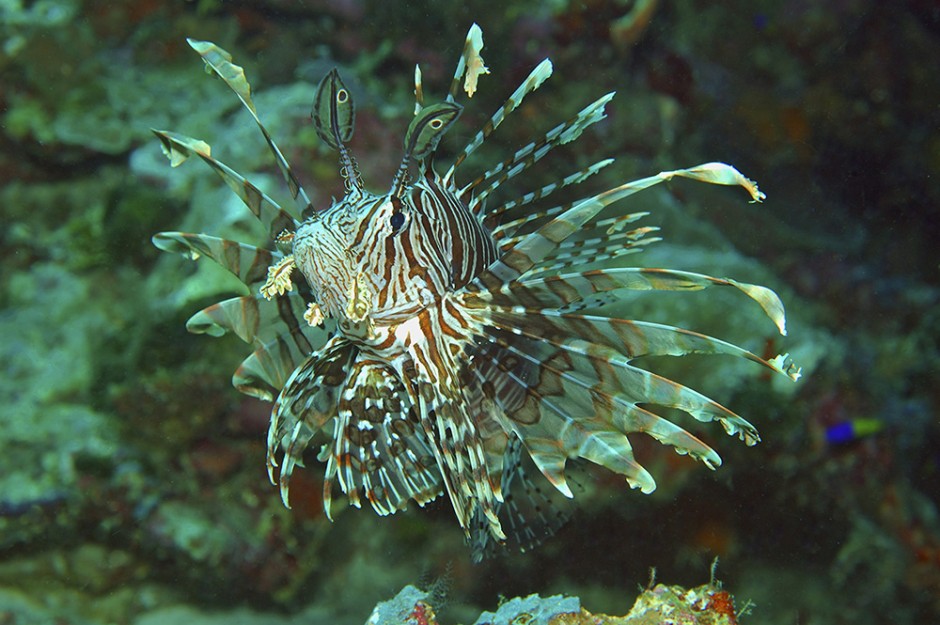 With its bold coloration and elaborate finnage, the Volitan lionfish is one of the most exotic-looking fishes on the coral reef. 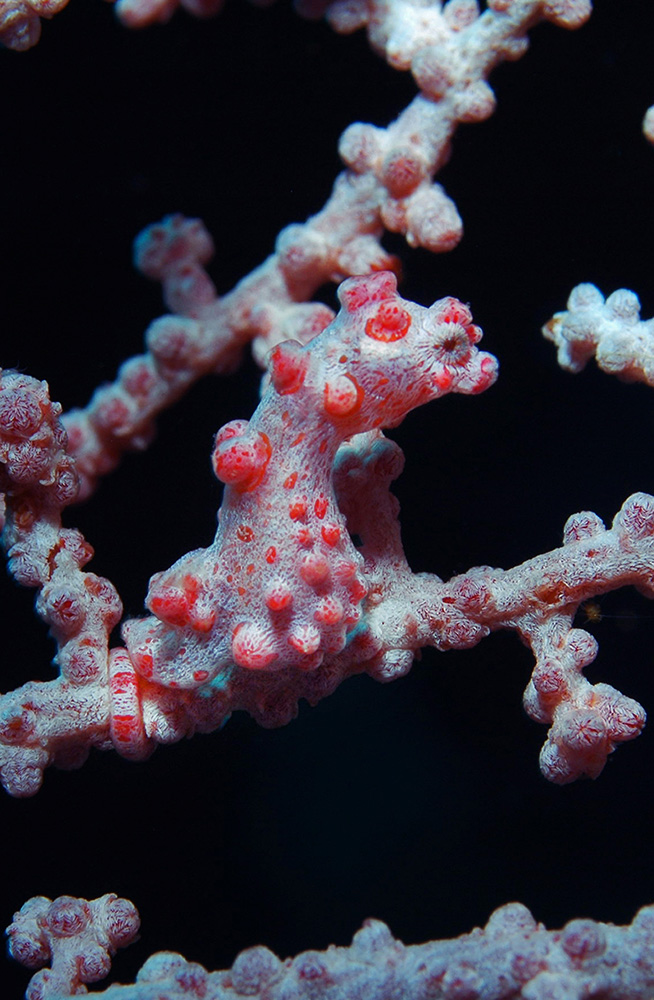 No bigger than your pinky fingernail, pygmy seahorses are without doubt Wakatobi’s signature marine species. Remarkably well camouflaged, they are difficult to find since the body coloration and bulbous tubercles on these diminutive seahorses blends so perfectly with the coral polyps of their host gorgonians. This species of seahorse was unknown prior to 1970, when an aquarium biologist accidentally discovered several clinging to a sea fan that had been harvested for research. 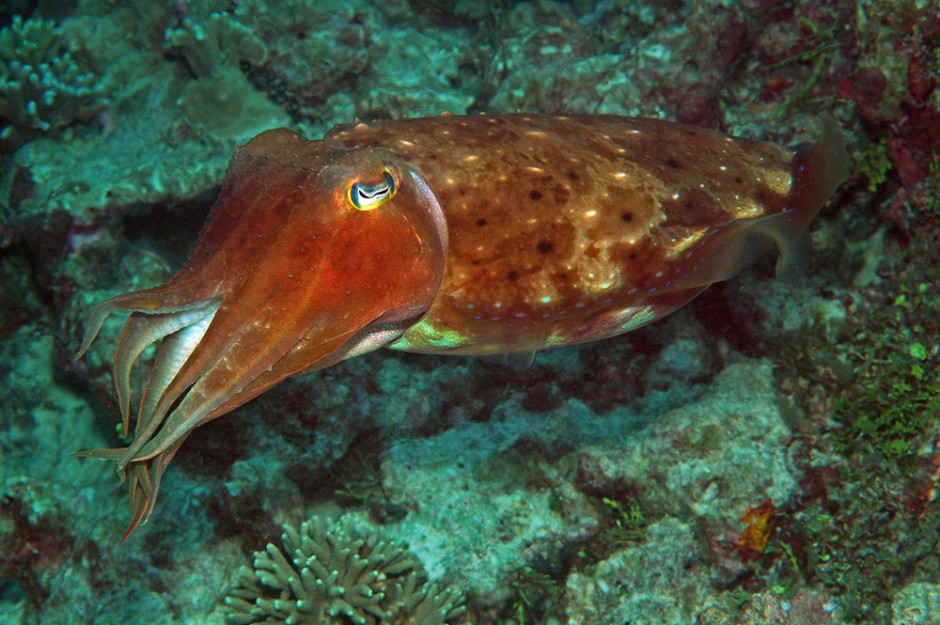 After snapping a few photos of this large cuttlefish, I suddenly realized I had almost accidentally rubbed my elbow against the venomous dorsal spines of a well-camouflaged raggy scorpion fish perched atop a coral head. 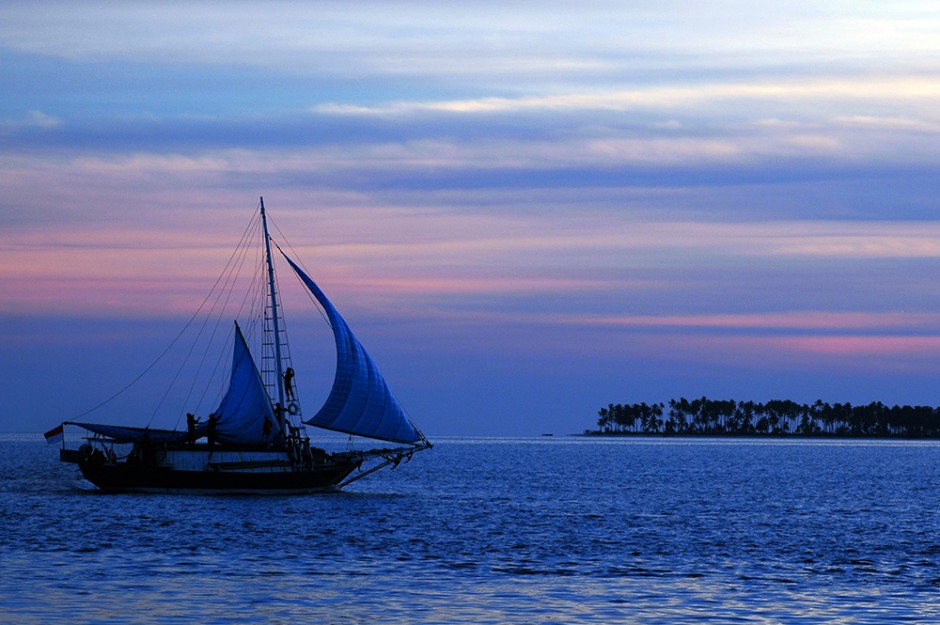 How to close out a perfect day of undersea exploration: sitting on Wakatobi’s dock bar at dusk with a cocktail as local Indonesian fishing boats return home from a day out to sea.

Tagged
Diving Indonesia Ambassadors
What did you think of this story?
Meh
Good
Awesome
✖
travelstoke
Download the mobile app
stoked by