This post is part of Matador’s partnership with Canada, where journalists show how to explore Canada like a local. 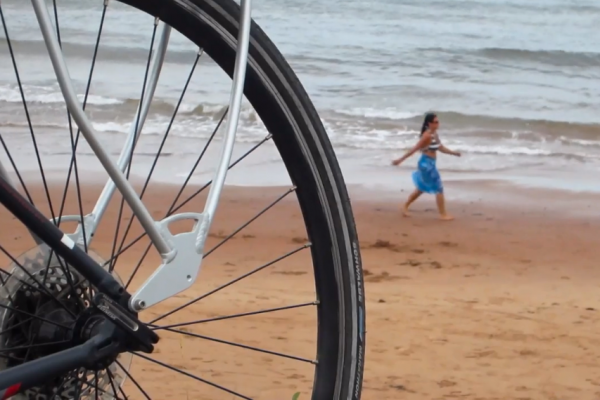 Biking in Prince Edward Island is easy (no hills), safe (bike paths everywhere), and it’s perhaps the best way to discover all the secrets of this island on your own schedule.

If you’re like me you didn’t pack your bike on your trip to PEI, in which case I suggest heading straight to MacQueen’s Bike Shop in Charlottetown to rent one. From there, you’re in a perfect position to jump on the Confederation Trail. Through MacQueen’s you can also book a transfer for you and up to 11 in your party. But not so fast! You need some food in your belly, and in my experience the best nutrition for a long bike ride is ice cream. Pedal down a few blocks to the waterfront and get yourself a giant waffle cone of Messy Bessy at the world-famous Cow’s Creamery.

The Confederation Trail begins right in Charlottetown (the largest city on and the provincial capital of PEI) and spans the length of the island, 470km in total. It was developed on abandoned railway lines and takes the cyclist through villages, forests, wetlands, and hardwood groves. I recommend hitting the Farmer’s Market (open Saturdays year round and Wednesdays July – Oct, 9am – 2pm) where you can get all sorts of homegrown goodies. The market is right off the trail, about 3km outside of town. 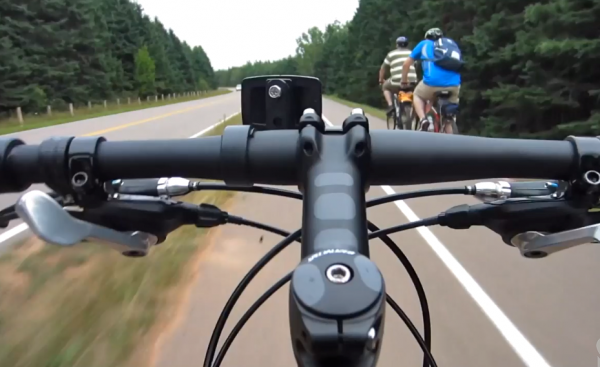 On the Confederation Trail, I pedaled past expansive fields dotted with black and white cows and little red farmhouses. My inner Lance Armstrong is capable of riding clear across the island, but the rest of me wanted to head back to Charlottetown for some fun. The Confederation Centre of the Arts has been putting Anne of Green Gables – The Musical every year since 1965. I’m not usually big on musicals, but this show put a smile on my face. After the show, walk about three steps over to Mavor’s Restaurant and Bar and treat yourself to a meal comprised of seasonal, local ingredients.

Another great area to bike is in Stanhope, located on the north shore of PEI, about 20km from Charlottetown. I stayed at the Stanhope Beach Resort, right on the water, and you can ride straight out the door and be on a bike path in minutes.

Riding PEI reminds me how much I love bike paths. Every inch of my day is on a smooth swath of pavement and free of cars (there aren’t many on the roads anyway). The path runs parallel to the ocean, and the views of beaches are endless. 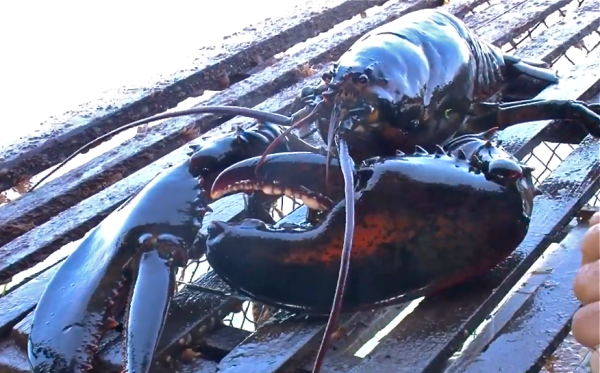 I must admit, I bike to eat — I burn calories so I can stuff my face. In the pursuit of my next meal I found the best little fish shack on the planet at the docks in Stanhope. Richard’s doesn’t look like much from the outside, but their fish ‘n chips are some of the best I’ve ever tasted. I recommend washing it down with a Beach Chair Lager from the PEI Brewing Company.

After lunch, ride a few kilometers on the path to Brackley Beach and jump in the water.

PEI is known as the “Gentle Island” — its gentility is especially extended toward cyclists and those just looking for a quiet place to digest fish ‘n chips and watch the surf roll in.