Andy Maser and I traveled to Namibia to make a series of short films for World Wildlife Fund to highlight the benefits of conservation travel. Conservation travel is more than what we know now as ecotourism. It is based not only on low environmental impact but most importantly benefiting the people that are welcoming travelers into their communities. 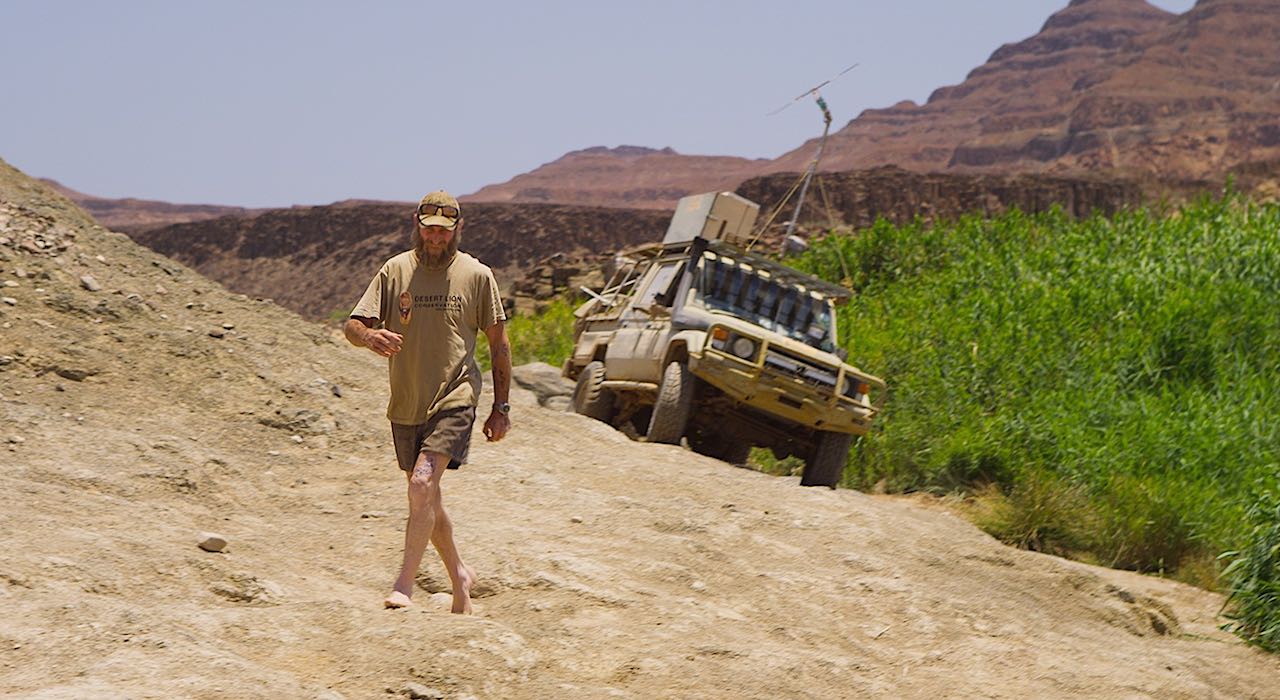 We heard of an illusive scientist who is working to collar lions to be able to track their location. After several failed attempts to meet up, we ran into Flip purely by chance. The one problem, we were on opposite sides of a small river gorge. Without hesitation Flip parks his car at what appeared to me to be an extreme angle, and jumped across the gorge.

“More than half of the very wildlife spectacles that people travel to see have been lost since 1970,” says Jeffrey Parrish, Managing Director at WWF, the World Wildlife Fund. “The only way that trajectory gets turned around is to make wildlife worth more alive than dead to local communities and governments. Conservation Travel — sustainable travel that benefits those that steward nature and invests in its protection — is the primary way to help wildlife compete. It gives the traveler the experience of a lifetime, and the confidence to know their trip is saving the wildlife and wild nature they have journeyed so far to visit.” 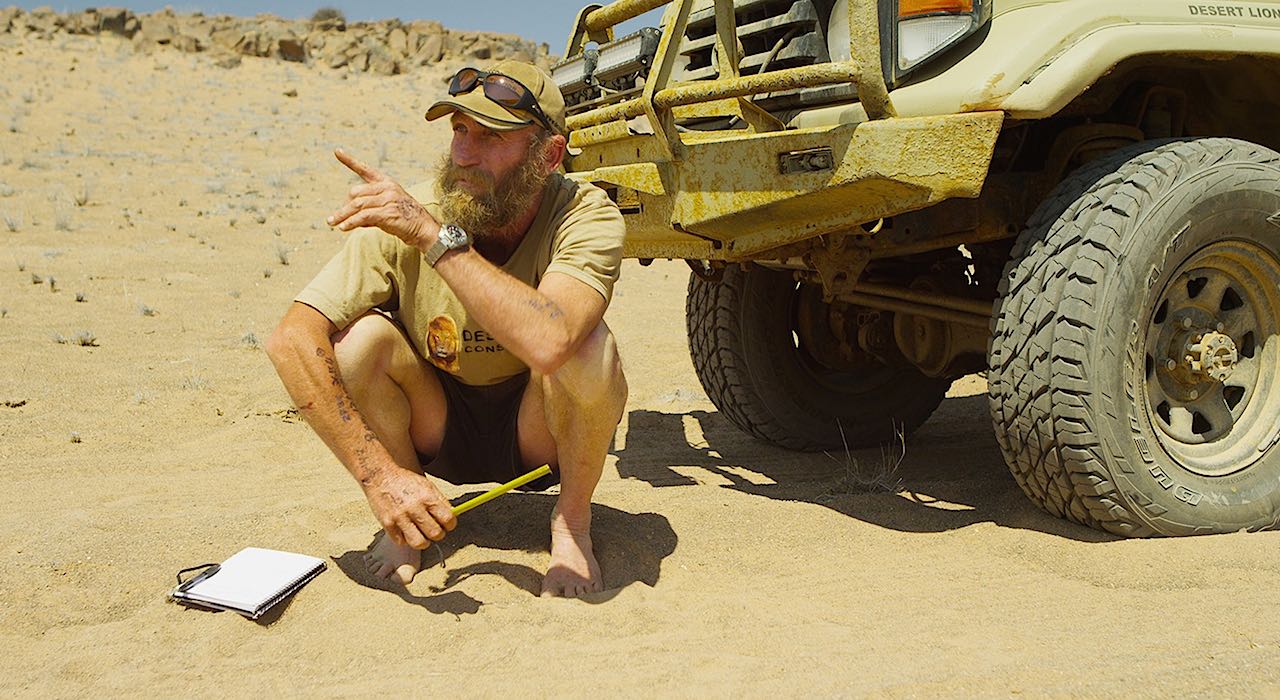 Flip Standard is scientist who spends his time surrounded by his subject -lions. Flip collars lions to track their movement and alert farmers and villages when a lion is close by. This helps to mitigate human/wildlife conflict and also gives an idea of just how many lions there are in the region and if their population is bouncing back. The great news is that the population is bouncing back — largely due to tourism and the fact that now lions are worth more alive than dead. 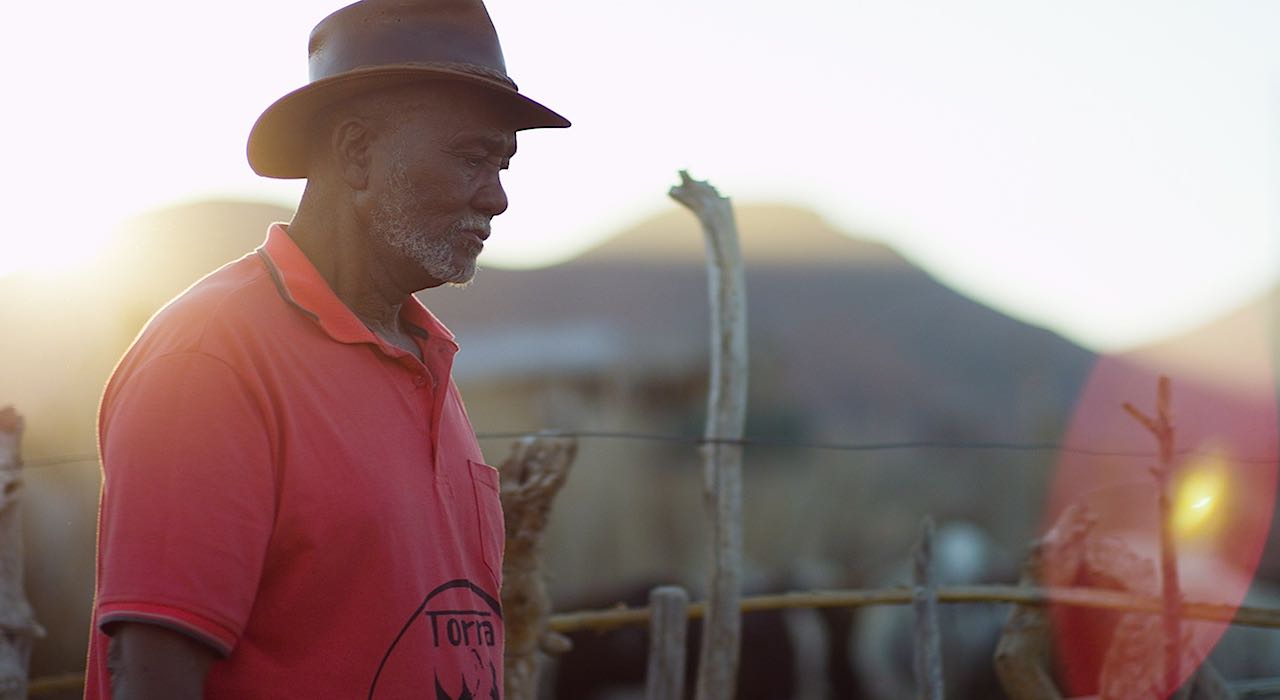 Jantjie Rhyn takes time out of his busy life as a farmer, father, grandfather and passionate leader in his community to talk to us. He talks about the wildlife in his country and that he is proud to live alongside wildlife. Yet, there are challenges; he has lost livestock to lions, and is often worried about lions being too close to his family. He explains to us the threats of living with wildlife and his personal journey to realizing that for him and his family, it is a privilege not a hardship.

Working as a filmmaker you are lucky enough to meet some fantastic people, learn why they do what they do and try as best you can to share their story to a larger audience.

Watch the second and third videos in this series:

Pride of Namibia
Only in Namibia (Traveler Sizzler)

Tagged
Photo + Video + Film Namibia Ambassadors
What did you think of this story?
Meh
Good
Awesome
✖
travelstoke
Download the mobile app
stoked by