I STARTED my rail trip through Portugal in a small Algarve town called Faro, because I found a hostel there offering a room for a single Euro per night. It was a simple bed in an old house, but it served as the perfect starting point from South to North through Portugal.

Portugal is a beautiful country perfect for exploration by train. Its long slender form makes it convenient to explore it in a linear fashion, and with a quick connecting bus ride it’s easy to also visit neighboring Spain. In two weeks, I was only able to scrape the very surface, and I left vowing to return. Here are 12 of my favorite moments during the trip. 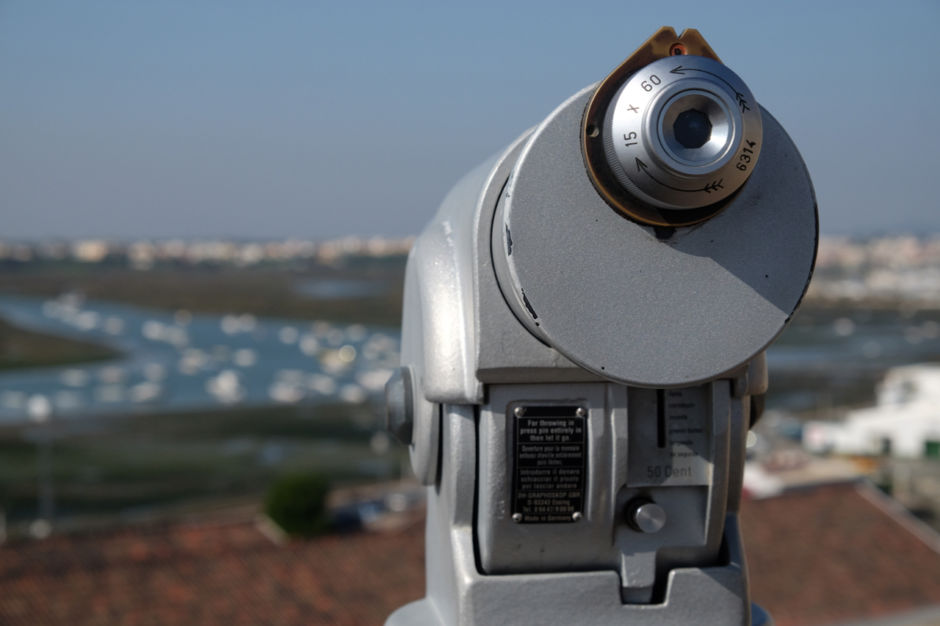 The Algarve town of Faro was all but deserted. It was the low season and most hotels were empty, restaurants closed, and streets quiet and isolated. Faro is a city in a region known for its vibrant nightlife, so his silence came as a surprise, but it allowed me to explore the unpretentious lagoon-side town almost unhindered. I climbed the bell tower in the local church and spent some time taking in some of the views. 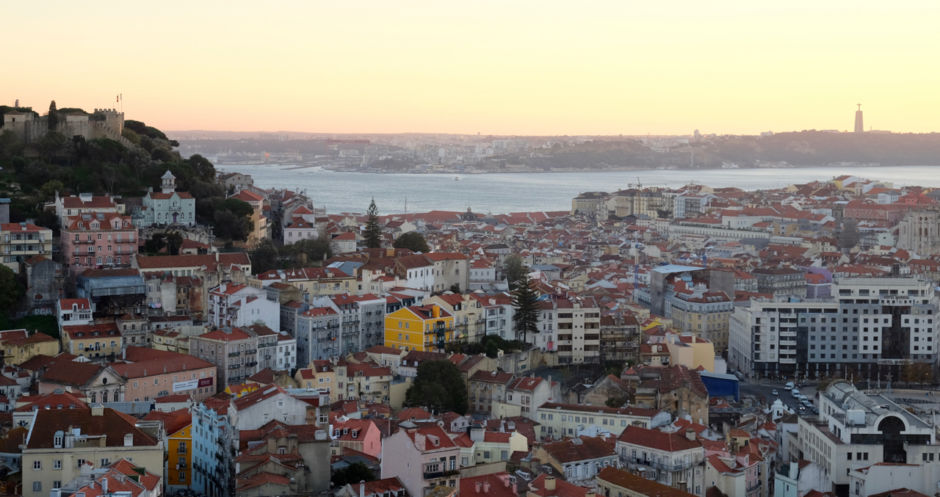 Lisbon is an easy and scenic train ride away from the southern coast, and I arrived in the early evening. I asked the hotel receptionist for a suggestion for a quick walk to stretch my legs after a day on the train, and he pulled out a tourist map and outlined a route. I followed his guidance and ended up here, at Miradouro do Castelo, just as the sun set behind the distant hills. 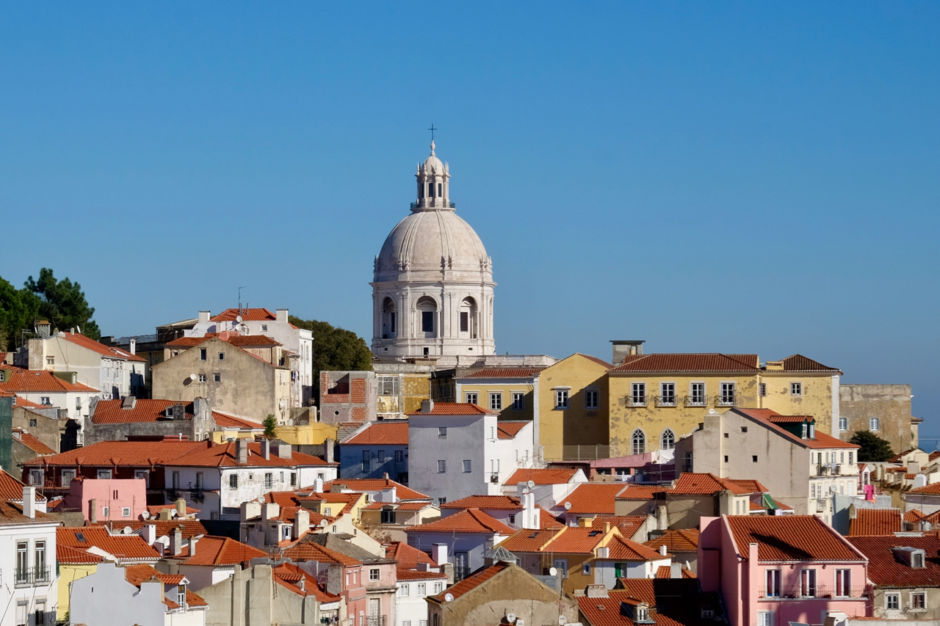 Walking the streets of Lisbon is a delight, whether you’re looking for panoramic views of the impressive Tagus River or insight into the city and country’s past. The hills are steep and the buildings tightly packed, which means there’s always a possibility of rounding a corner and experiencing a view like this. 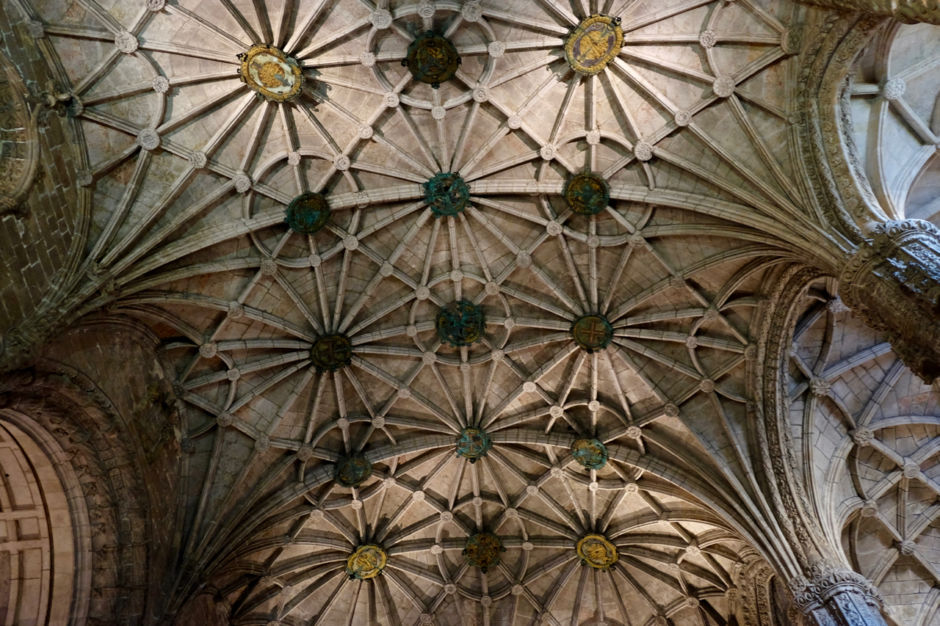 Though an easy tram ride away from the main center of Lisbon, Belém feels like it’s in another time zone. Most visitors head to the district to sample some of the country’s best pastel de nata and tour the nearby monastery, museums, and various monuments and statues. But it was the complexity of the roof inside the church of Santa Maria de Belém that really captured my attention. 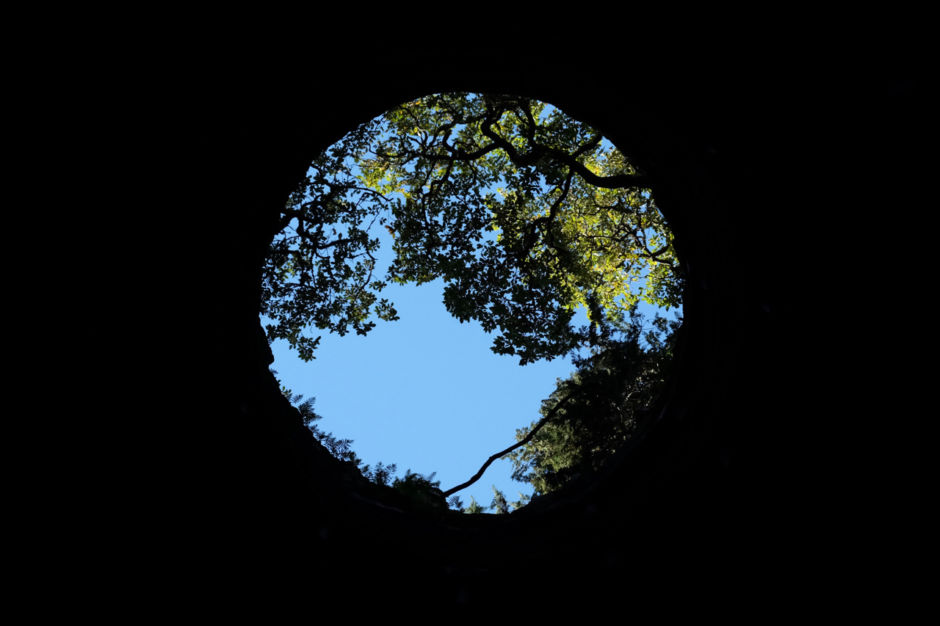 The fairytale town of Sintra is a popular day trip away from the capital. I walked the enchanting gardens of Quinta da Regaleira and felt as if I’d stumbled into a fantasy. I hopped across stepping stones into a dark tunnel and emerged at the bottom of an inverted tower. Though when I got to the top the view was impressive, I had a particular preference for this vantage point from the very bottom. 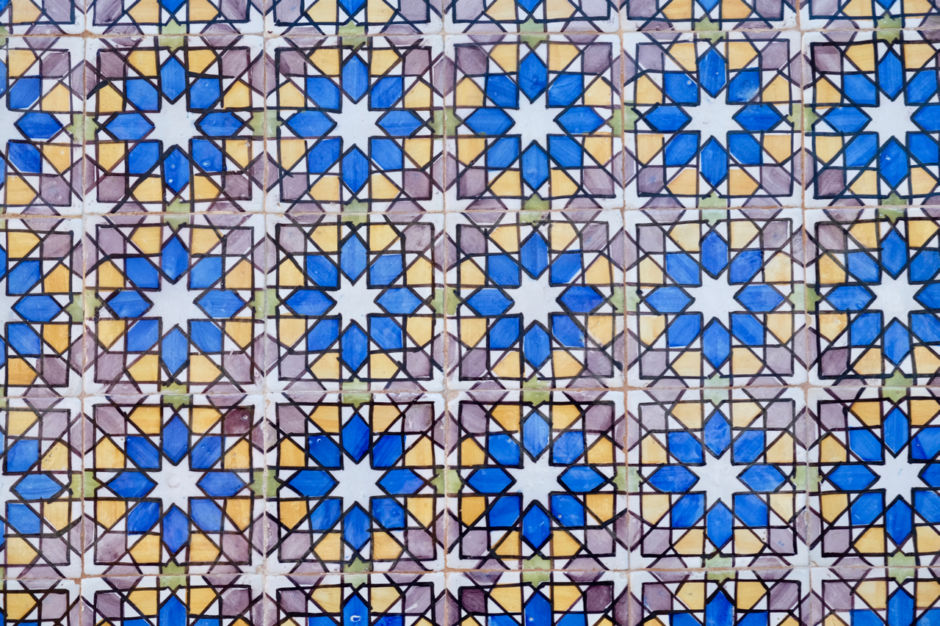 Pena Palace is the most colorful of the castles in Sintra, and while it is easy to be amazed by the bigger picture, the minor details, such as these colorful hand-painted tiles are equally enthralling. 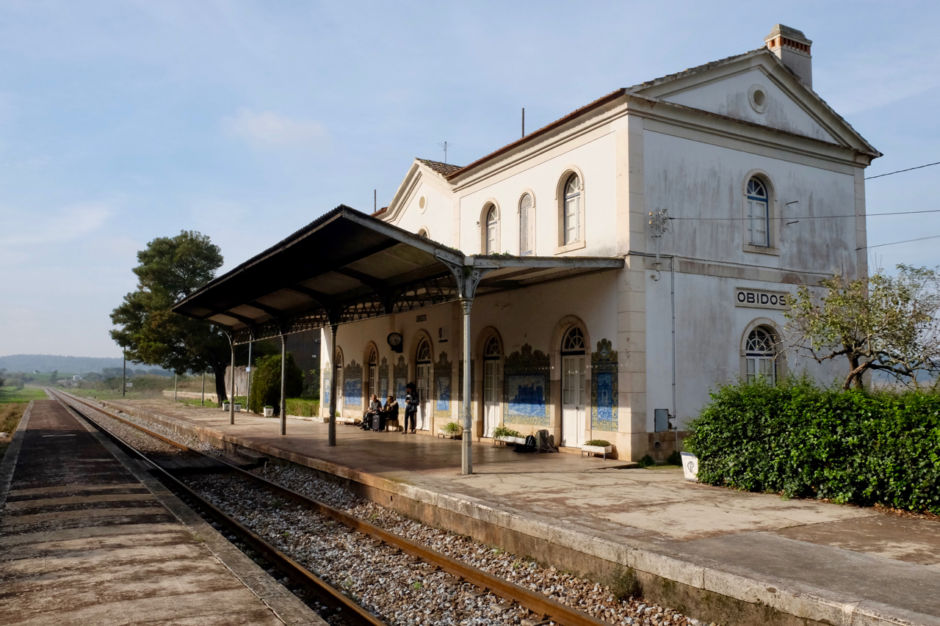 The train pulled alongside the abandoned platform and I was suddenly overwhelmed with the feeling that I’d made a mistake. This didn’t look like a thriving tourist town, and through the grimy windows of the regional train I couldn’t make out any building other than the locked and shuttered station. 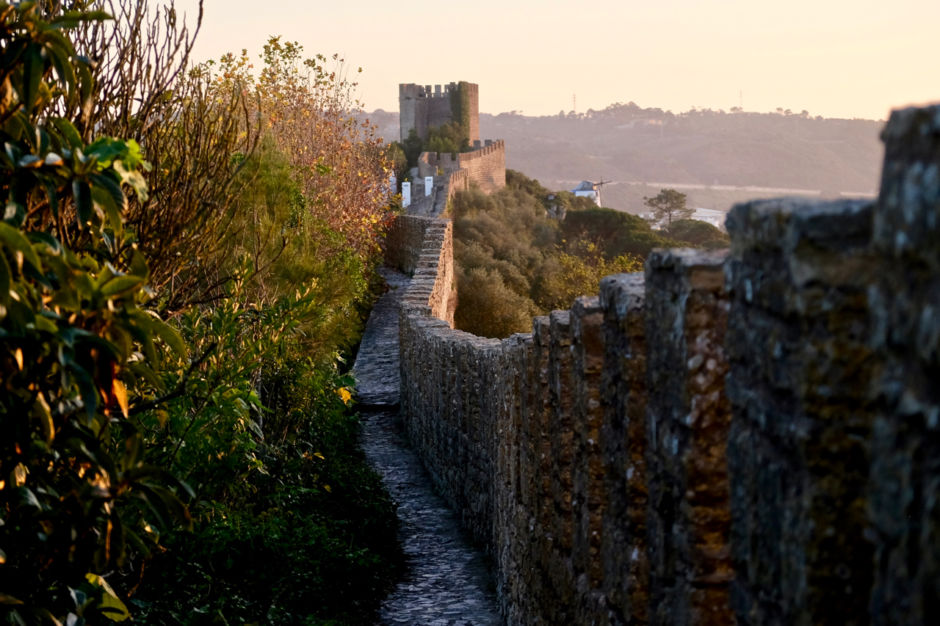 Though Óbidos is far from an undiscovered gem, if you hang around until sunset there’s a good chance you’ll have much of the village to yourself. The walk along the town walls is thrilling — with no railing and an uneven surface. I walked the walls several times, eventually making my way to a small turret at the far end, where I watched the sunset as the town lights flickered on in absolute silence. 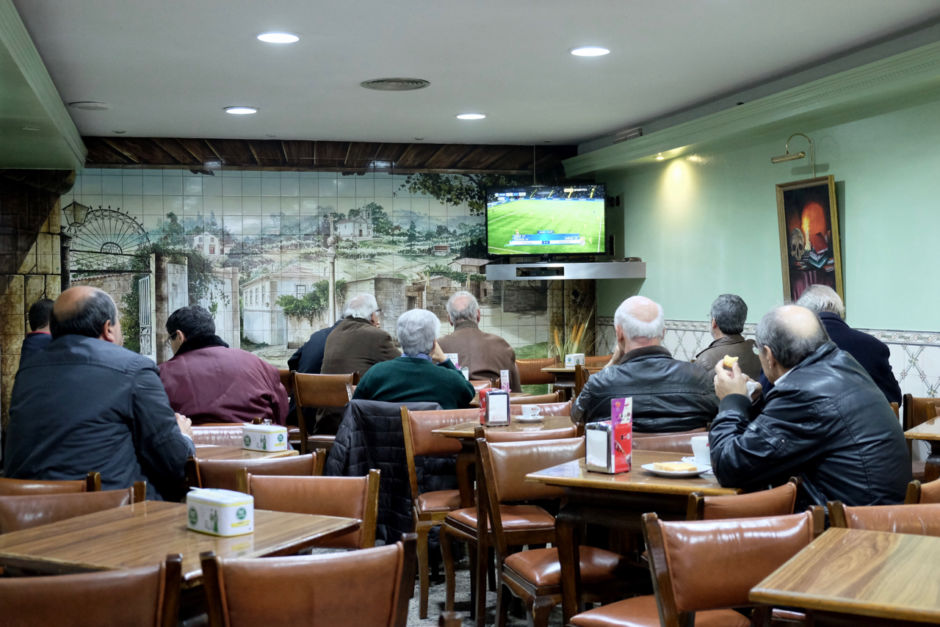 Guimarães is known as the birthplace of Portugal. It’s home to a mixture of fascinating architecture including half-timbered houses, Gothic chapels and a Romanesque and Gothic castle. I walked into a small café for lunch and found this midweek, early afternoon scene. The men were transfixed to a football game on the television, and most sat alone in total silence. 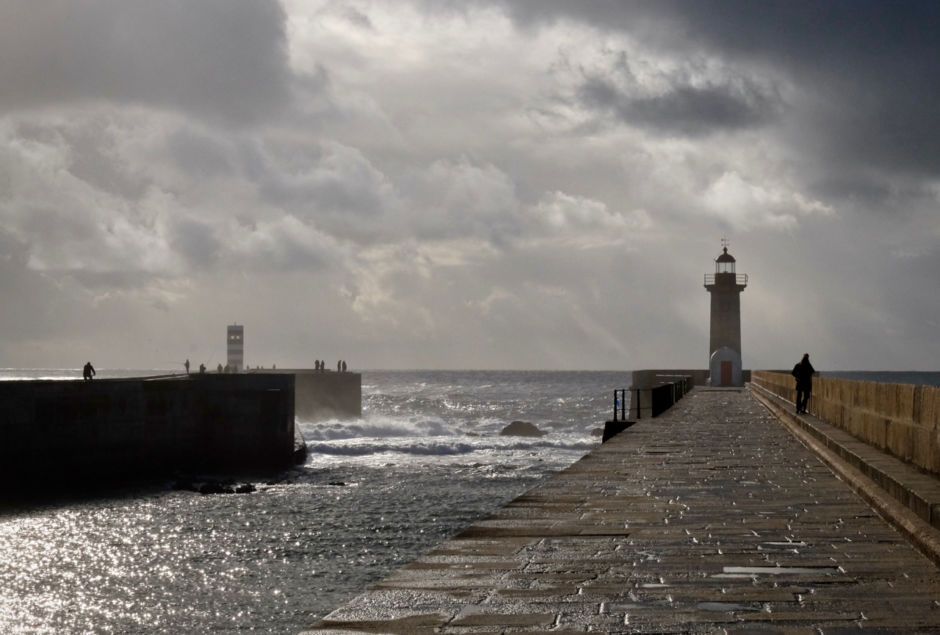 A short tram ride away from the main center of Porto is Felgueiras Lighthouse. I arrived there in the middle of a sudden downpour. As quickly as the rains had arrived, the clouds parted and a few rays of light shone on the turbulent ocean. 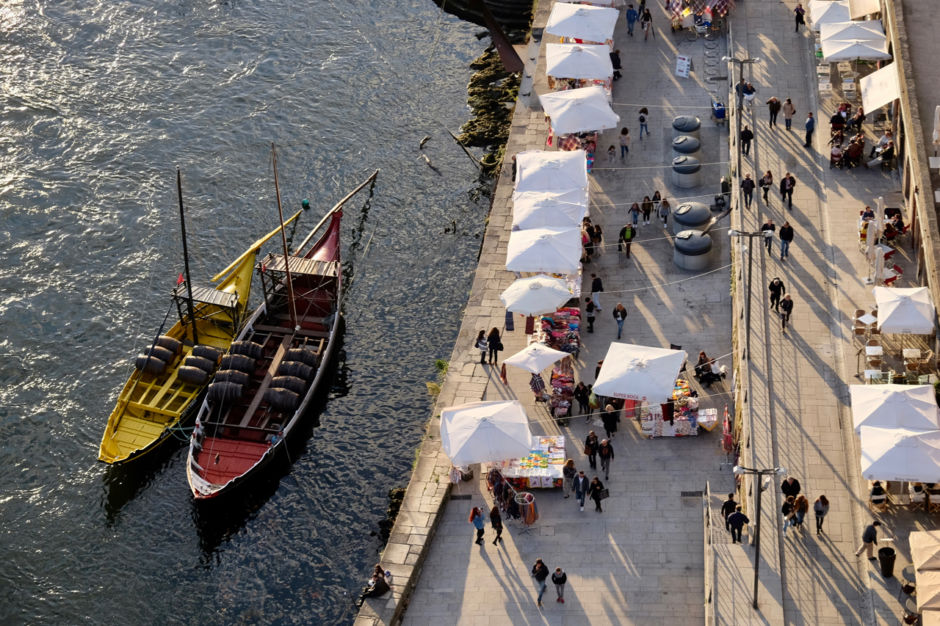 The Porto riverfront is a hive of activity, and I could easily kill an hour or two looking down on it all from the Dom Luís I Bridge high above. 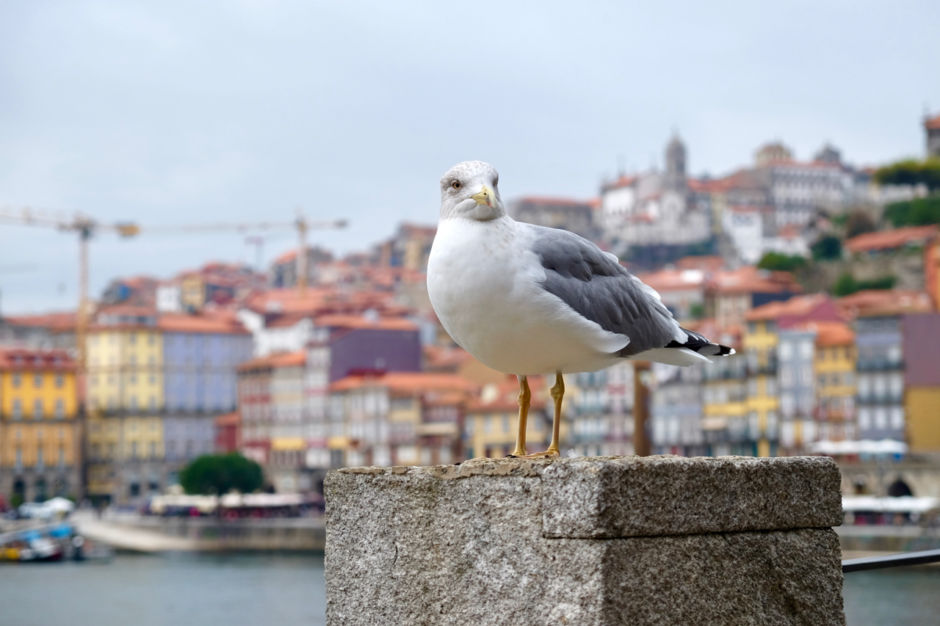 Seagulls in Porto seemed all too ready to strike quirky poses in dramatic locations, such as this one on the riverfront.

Tagged
Galleries Portugal
What did you think of this story?
Meh
Good
Awesome